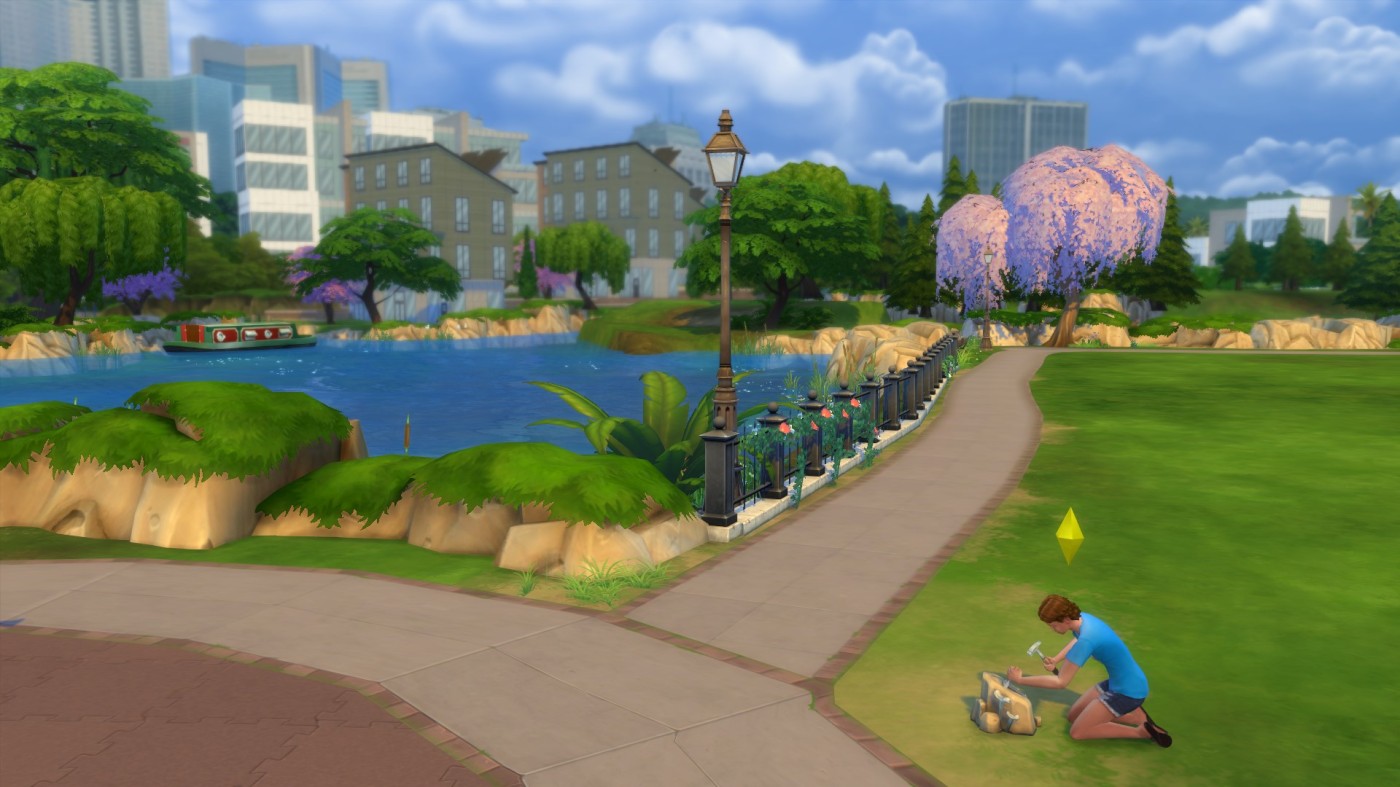 Another day, another round of collecting, gardening and fishing for Kirk. As an outdoorsy sim, he is loving all of these activities. And with a view like this, who wouldn’t. 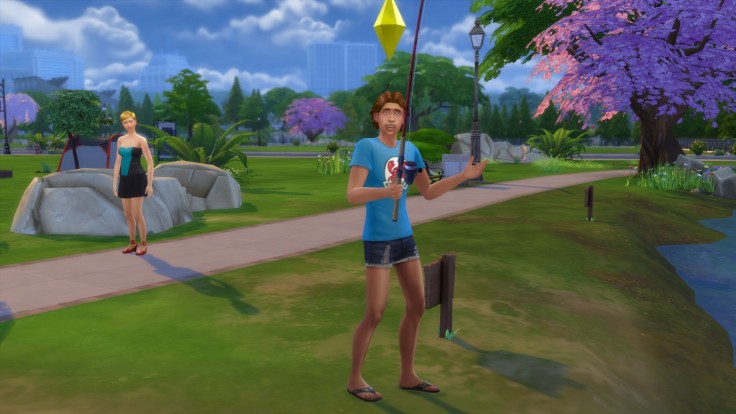 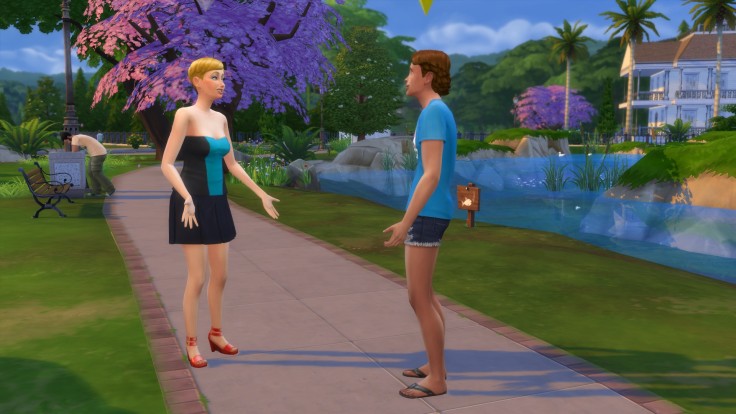 The cougar approaches… poor Kirk is not sure how to turn her down politely, and s wishing he could swap places with Bob Pancakes who is just casually rummaging the bins in the background (he seems to be doing this a lot in this save). 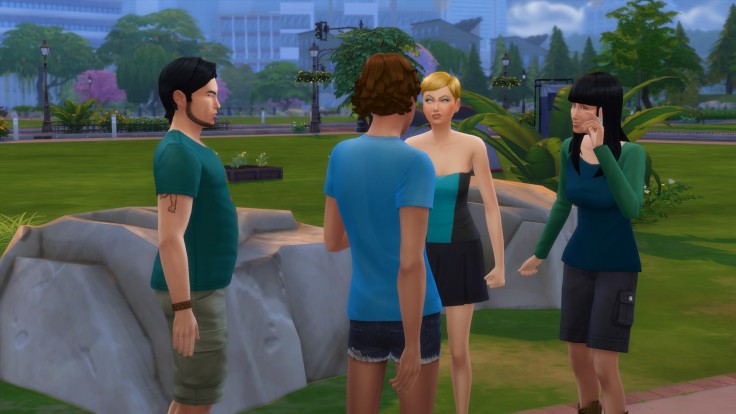 Being the unofficial founder of Newcrest, albeit homeless, has made Kirk very popular with the female part of the population. Katie wasted no time hitting on him. Paulina is not pleased. 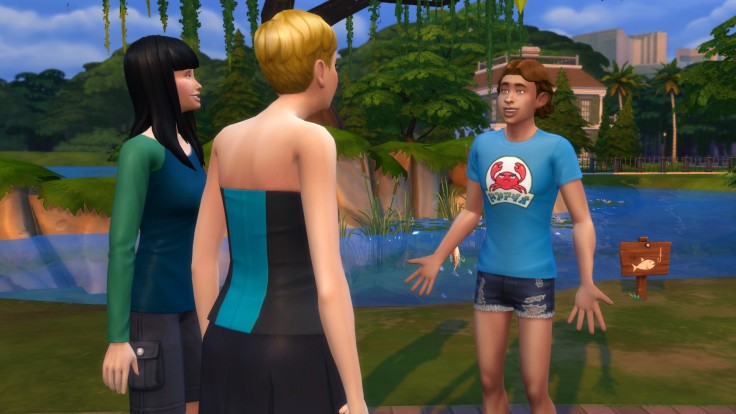 As for Kirk, he is enjoying his popularity, but doesn’t quite know how to handle it. He rambles about how friendly and welcoming the neighbourhood is in the hopes of distracting the women. 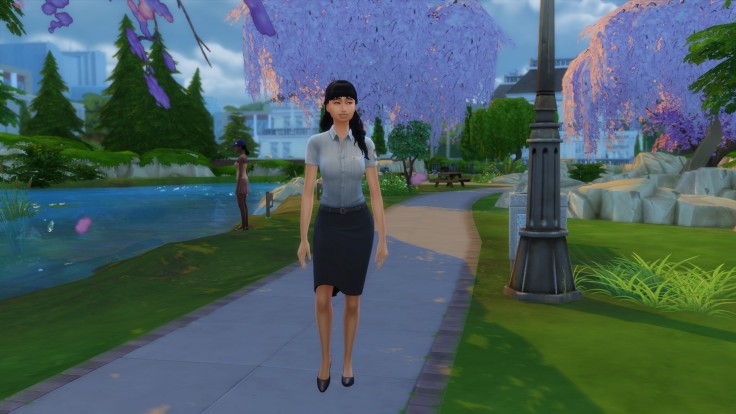 When Maranda struts by in her cute mail courier outfit, he  loses completely focus, and the women storm off. 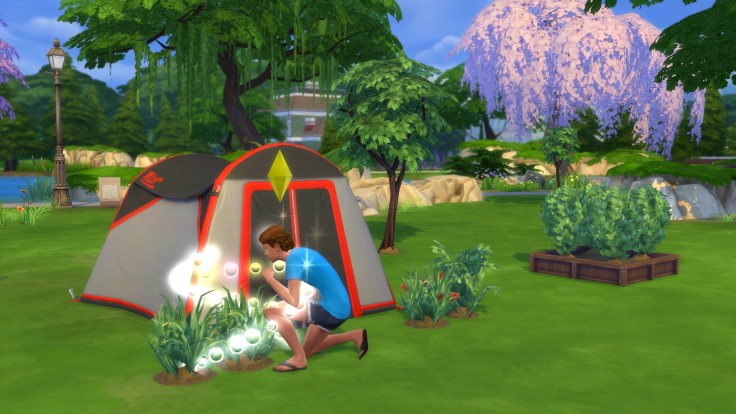 Kirk decides to focus on gardening instead. He’s purchased an actual planter box that he filled with yummy strawberries, and his gardening level is now high enough to evolve plants. 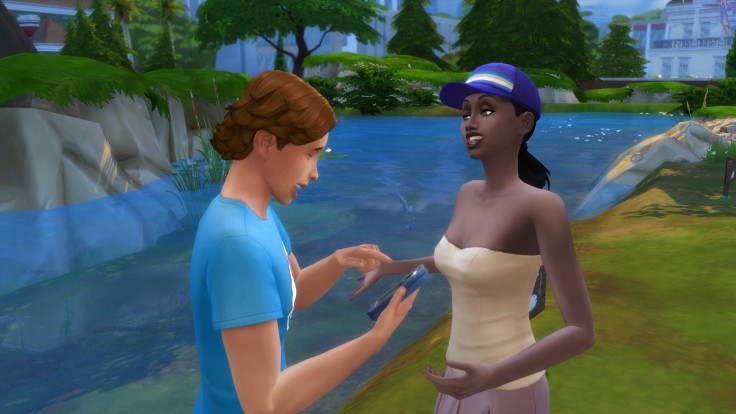 He swaps numbers with a pretty stranger he meets while fishing, but later learns that she is non-committal… not the best legacy spouse material. 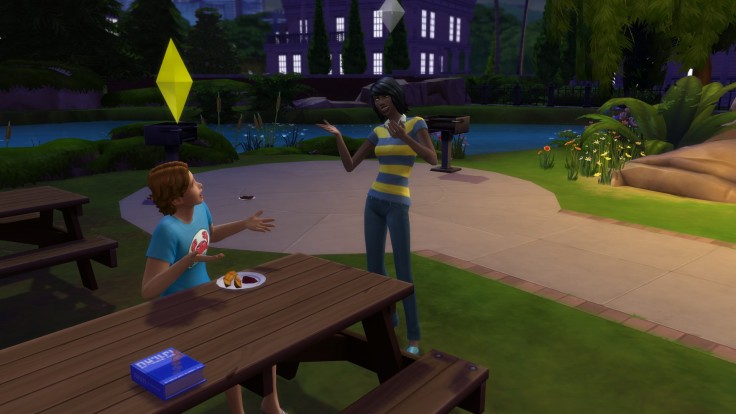 I also have Kirk meet up with Ruby again and the two get along nicely, but he just doesn’t seem to see her as more than a friend. 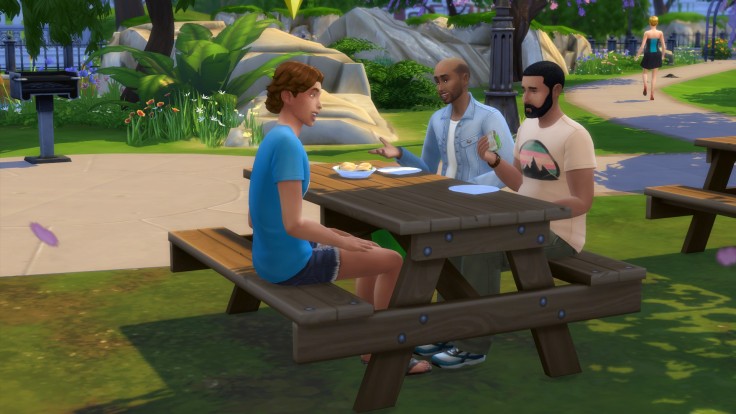 Perhaps a little chat with the guys will help? Bob isn’t feeling the conversation about relationships, since it reminds him of his unhappy marriage too much, but Howard Bloom seems enthusiastic about the female attention Kirk has been getting… with their last names almost identical, Howard can’t help but live vicariously through the founder. He is already hoping he might get away with claiming him and Kirk are related. 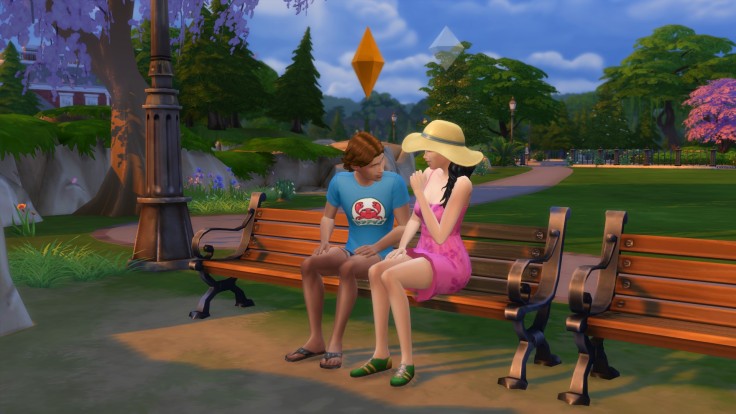 It becomes abundantly clear that my efforts at giving all women of Newcrest a fair chance are completely futile when Kirk gets a whim to kiss Maranda (in spite of them not having been romantic before). I suppose I’ll have to accept it as destiny and let them go on a date. 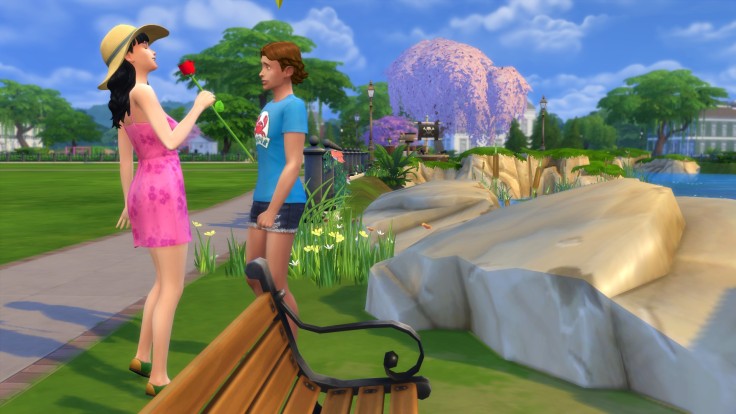 Ever so the gentleman, he even brings rose from his garden. He doesn’t own much, but he wants to share it all with Maranda, he says. Slow down Kirk! 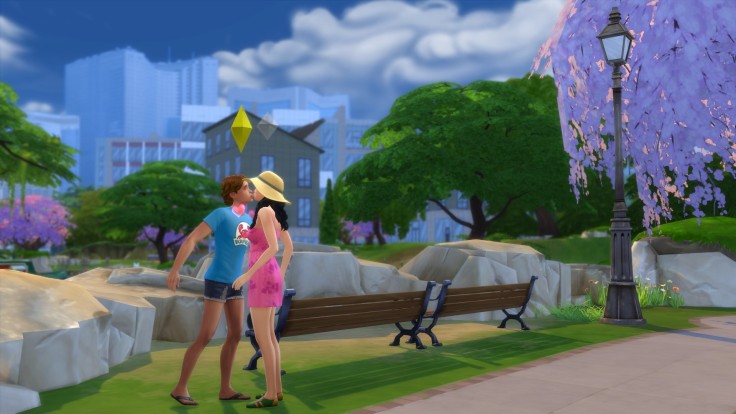 It appears the romantic proclamations and the flowers have worked on Maranda though, and the two share their first kiss. We also learn that on top of being outgoing and perfectionist, she is also a genius. This woman is annoyingly perfect! 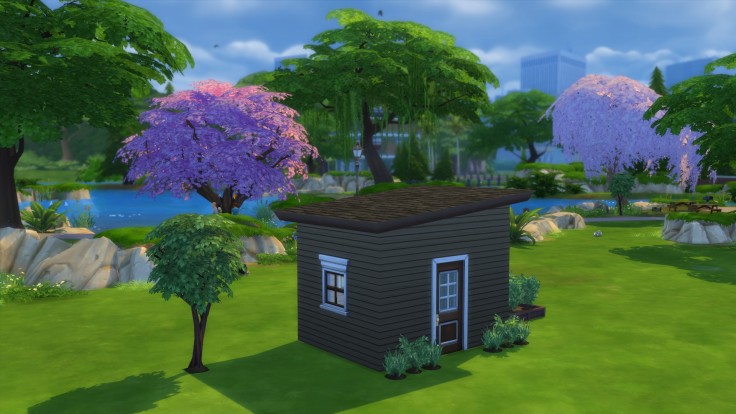 If Kirk is serious about Maranda, I doubt he’ll impress her much with his tent living. Luckily he’s finally accumulated enough money to build himself a little shack. 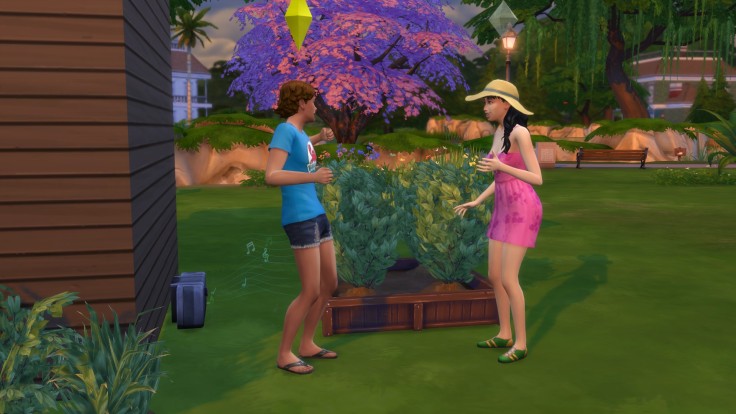 Nervous, he invites her over and makes a silent wish that she won’t mind his unusual living situation. 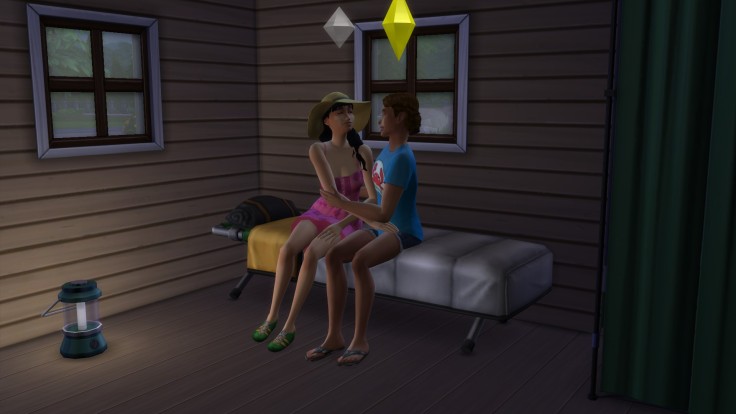 Being the ideal woman (I must work on my rage), she does not. 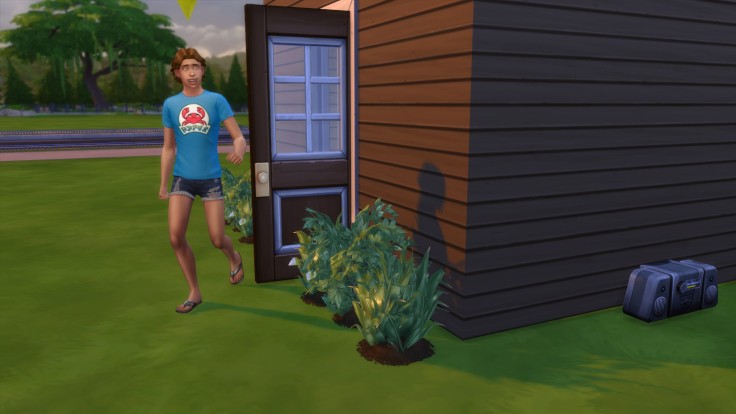 Naturally Kirk is on top of the moon. A new house, a new love, this calls for a celebration! 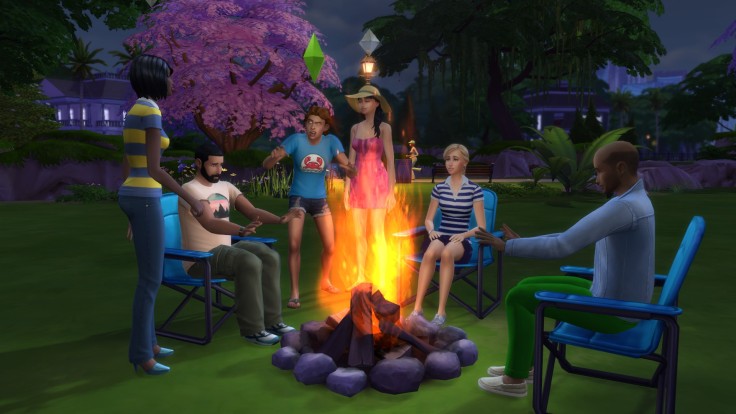 He throws a weenie roast party. I actually have an agenda – I would really like to incorporate the chess set from Outdoor Retreat in my community park. That however means that Kirk must somehow throw a gold weenie roast party. He thinks telling everyone a ghost story should do the trick. 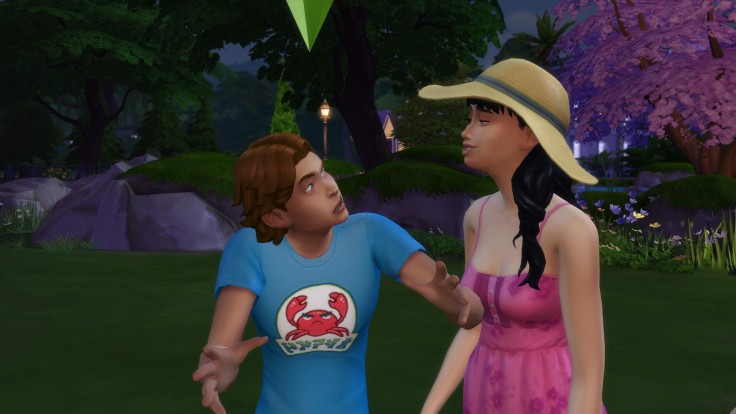 Maranda humours him, but you can tell she’s not scared one bit. We fail to roast 3 hot dogs in time and the party is not even a moderate success.

It doesn’t seem to bother our too lovebirds too much. They dance the night away, with the city lights and the fire pit being the background to their nauseatingly adorable love story. Sigh. 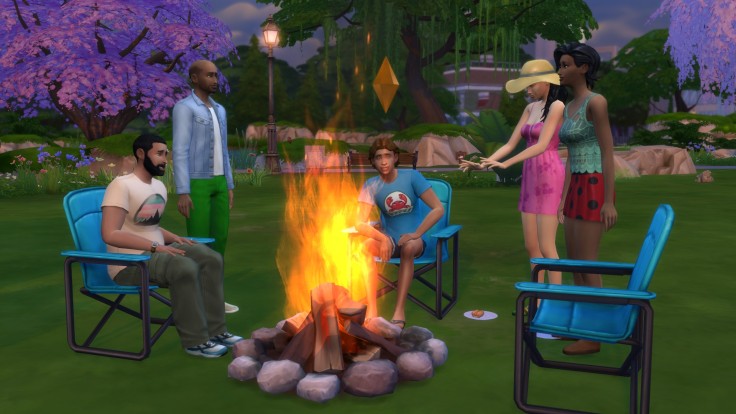 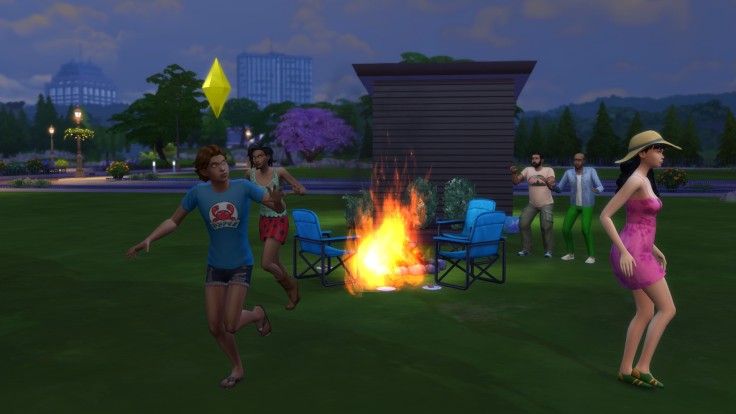 But somehow it turns out to be even more of a disaster. 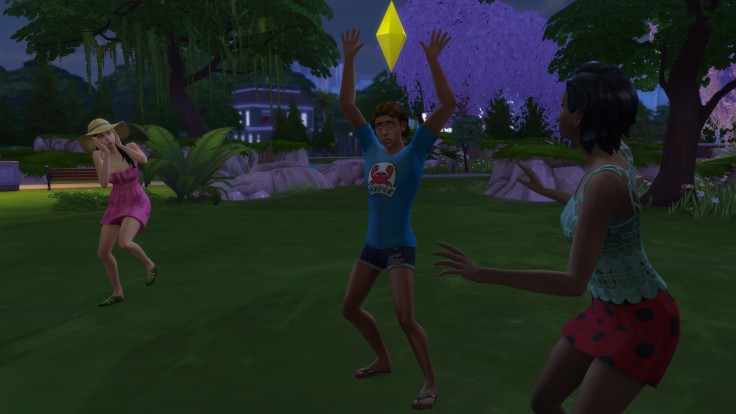 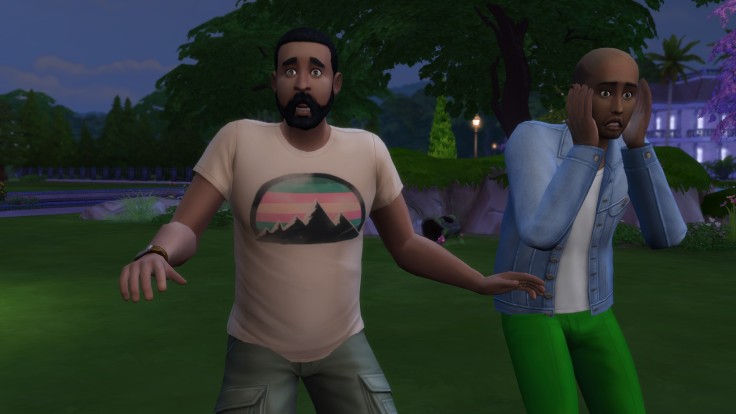 The other men are not much better. Somehow we manage to put the fire out in the end, and that concludes our weenie roast efforts for now. Hopefully third time will be the charm, once Kirk (and I) muster up the courage to go through this ordeal again. 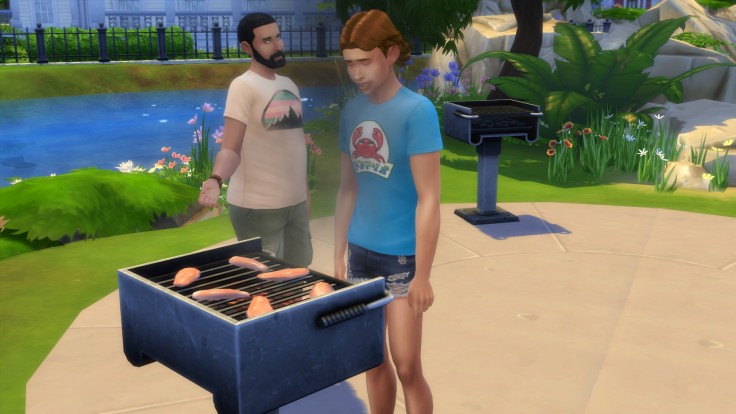 To prevent future fire incidents, Bob gives Kirk lessons on using the grill, AKA How Not To Burn Your House down 101. 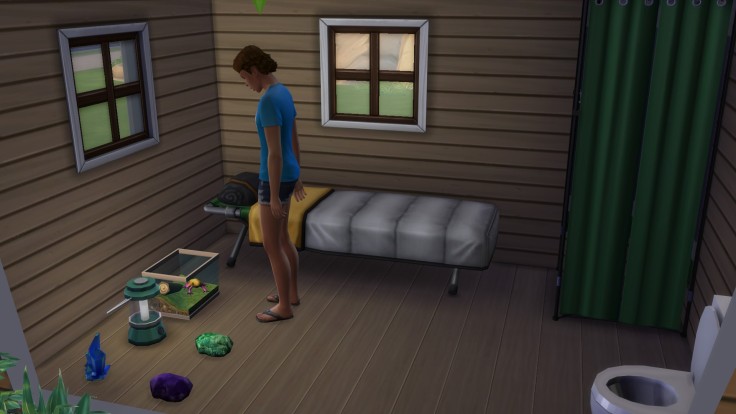 Speaking of the house, Kirk’s working on making it a bit cosier, and he even gets a pet. The biggest triumph however is his own toilet. Having a toilet two steps away is hip… honest. 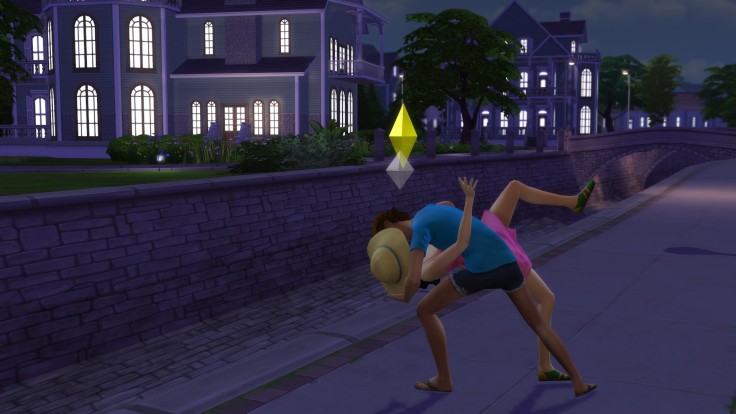 Not being able to go to Willow Creek or Oasis springs, Kirk and Maranda’s dating spot options are fairly slim, but they make the most of it. He professes his undying love to her by the canal. 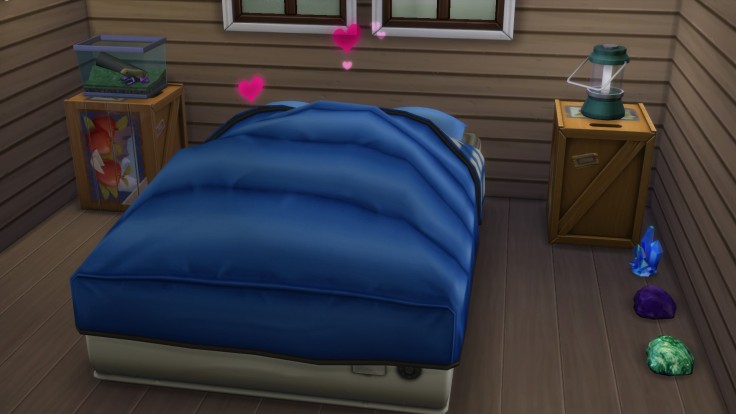 It goes down so successfully that another addition to the house is necessary. Did anyone say Woohoo? 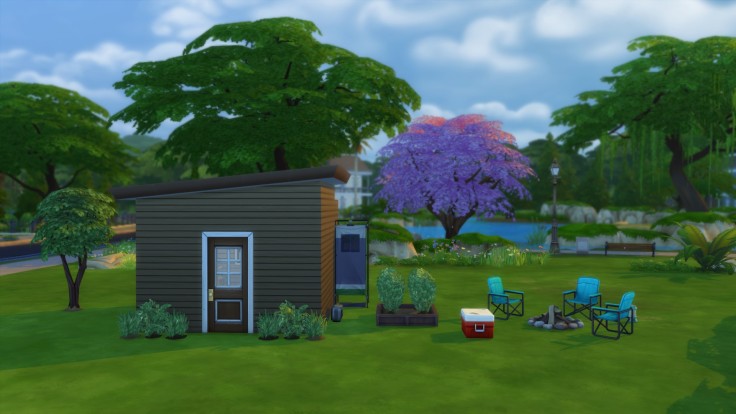 I’ll leave you with a final look at Kirk’s humble abode. He’s very proud of all that he’s accomplished, and so am I. Until next time!