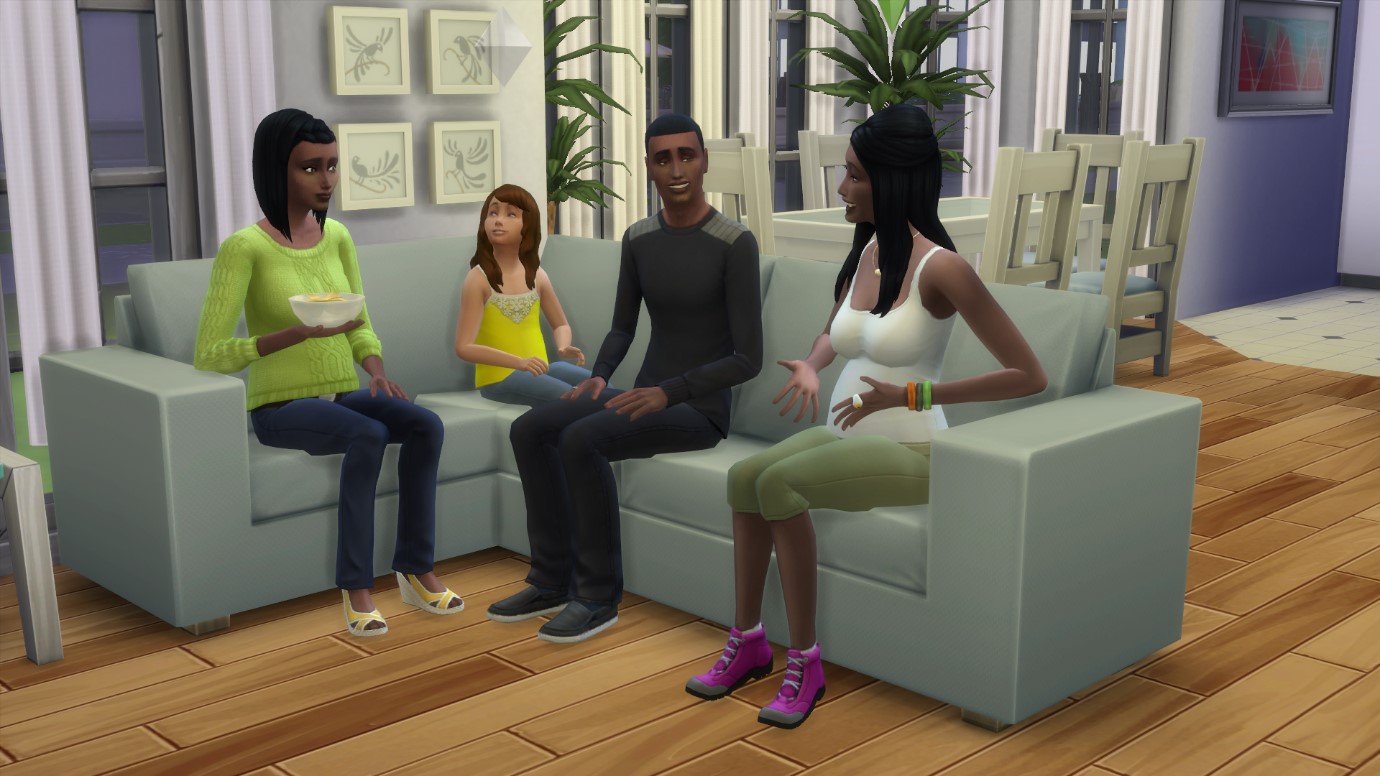 Ruby stopped by the Perrin house to introduce Allen to his new sister Erica, and to share the news of another child already being on the way. Turns out Ruby and Isaac are not the only ones expecting – Juanita is pregnant as well!

Ruby is not phased at all – I suppose far stranger things have happened to her in life. She actually seems rather excited about the prospect of becoming a grandma.

With a child on the way, Juanita and Allen decide to make things official. Juanita is ecstatic – a whole day of celebrating her! Well, her and Allen, presumably… but mainly her! 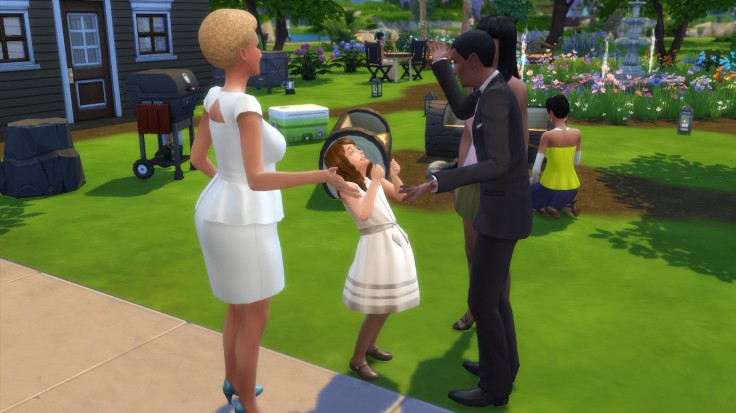 Meanwhile Allen gets to know his little sister a bit better. She makes an adorable bridesmaid and is overjoyed to be a part of the wedding. This little girl appreciates everything so much! I swear I would have no idea she has the gloomy trait if the control panel didn’t claim so – I’ve seen nothing but a huge smile on her face ever since she’s arrived.

Juanita: “So Isaac, are you jealous that it’s Allen who gets to marry me? This could have been you, but it’s way too late now, look at my massive pregnant belly! I’m having Allen’s baby and you’ve lost your chance for good, no matter how much you desire me!” 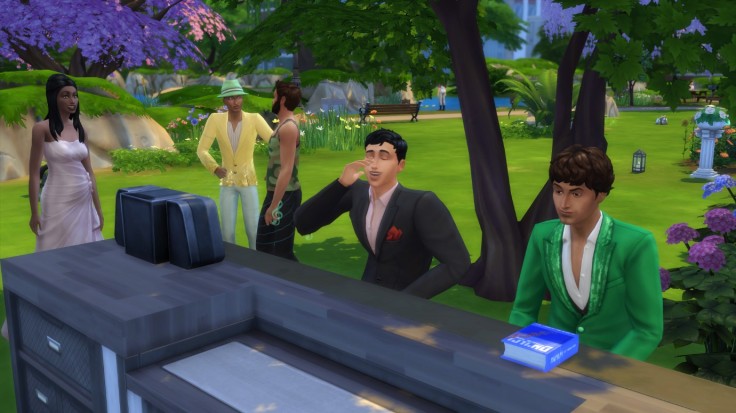 Isaac just bursts into a fit of laughter: “I genuinely have tears in my eyes!”

Juanita is oblivious: “I knew it!”

Pace: “I hate weddings. Yet another man is taken away from his freedom…” 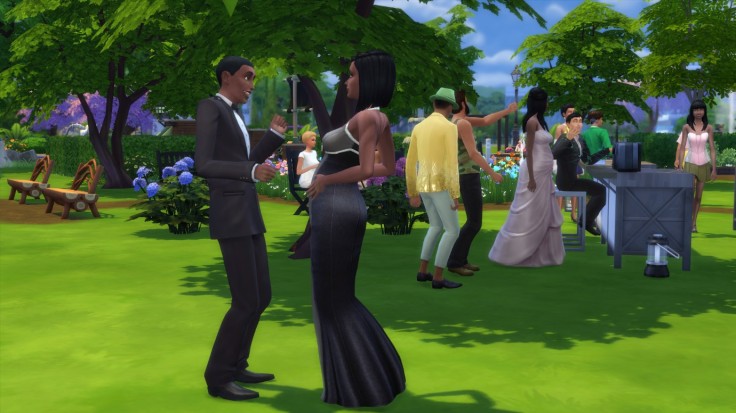 Meanwhile, Ruby shows off her baby bump to Allen in a much more subtle way.

Ruby: “I feel great! I could barely believe being alive again, let alone being able to create another life!”

The ceremony is short and sweet. 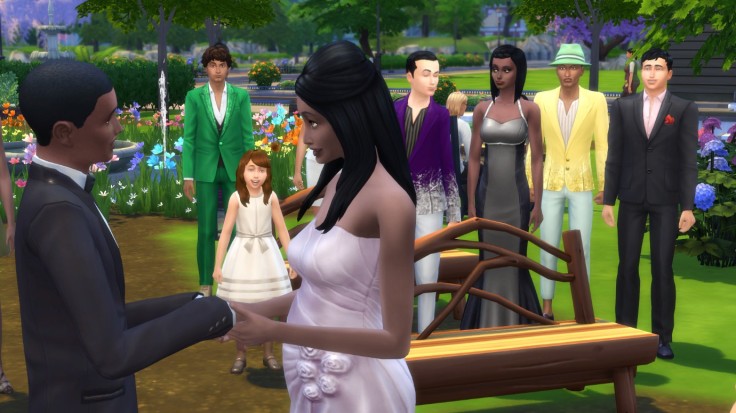 All of the guests are touched… well, apart from Pace and that random guy in the yellow blazer. 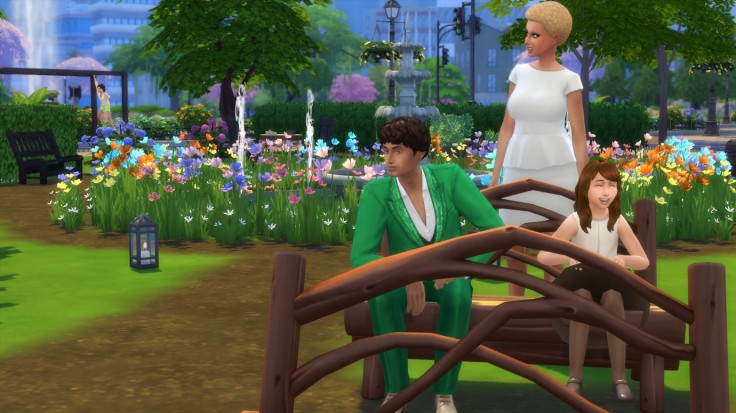 Erica: “This is the best day ever!”

Pace: “No offense kid, but you’re so not my kind of bridesmaid!”

It appears that the news of the event must have spread quite a bit, since some of the guests have come from afar…

Elder: “What a beautiful ceremony! Legacy weddings are always such a joyous event!”

Juanita: “You’re right, this is a legacy wedding! I’m a part of the legacy family now, one of the Bloomer clan!”

Elder: “Congratulations on your wedding, and the lovely bride!”

Allen smiles: “She has her moments.”

Elder: “There’s actually something I’ve been hoping to ask you – I’m looking for my son Free-Jon and two of his friends, they’ve been missing.”

Allen: “You’re in luck, both myself and my, err, stepfather work at the local police station here in Newcrest. Let me introduce you and see what we can do.” 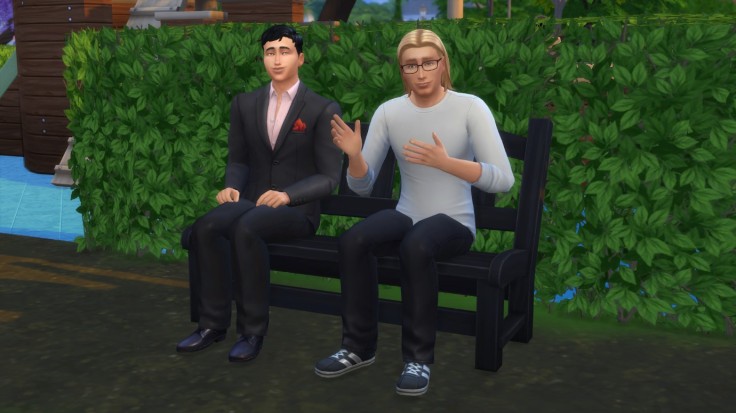 Elder: “Oh, I haven’t realised you’re Allen’s stepfather, you’re so young! But you know what, there’s nothing wrong with falling in love with a woman that’s a bit older than you – believe me, it runs in my family!”

Isaac chooses not to delve into a long-winded explanation and nods instead: “Yes, I couldn’t be luckier!”

Soon enough, he switches into full on detective mode and takes a detailed report from Elder. When he has all the known information, he promises Elder that he’ll do everything in his power to find his missing son. 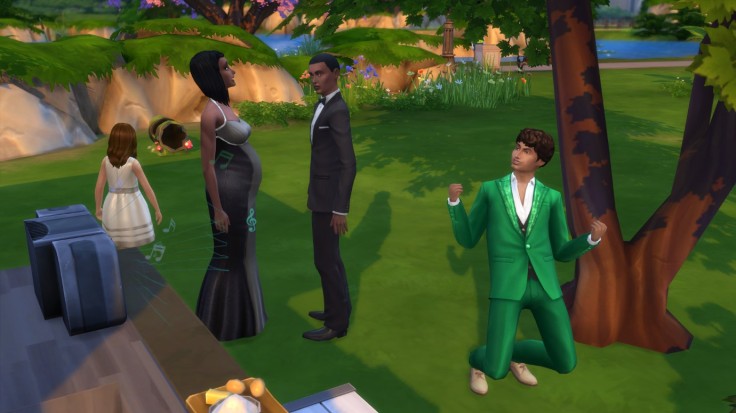 The day draws to a close, and it’s time for the Bloomers to head back home. The wedding and running into a man looking for his son has made them all a bit emotional.

Isaac: “My sweet Ruby, every day I wake up and feel so blessed to be with you and the wonderful family you have given me… even though Juanita is now a part of it!”

The very next day, Isaac discusses the three missing sims with the chief.

He compiles all evidence and researches all clues. He can’t find any promising leads, and ultimately, he unfortunately has to conclude that Freezer Bunny Wolff Tea is not in his town.