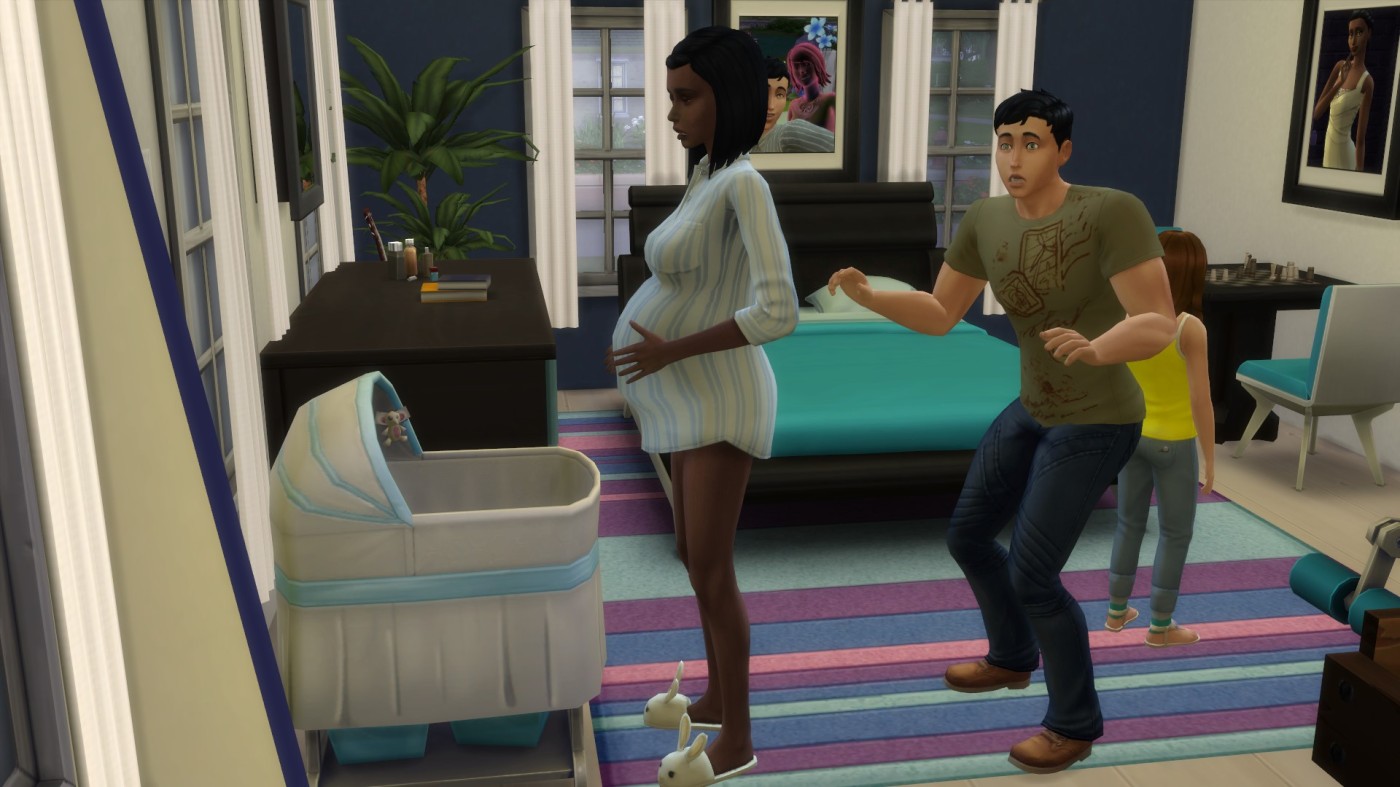 Ruby was just getting ready to go to bed when she felt a familiar pain. The baby was coming! Luckily, Isaac kept his cool… not.

He actually ran out of the room in panic, sigh. Isaac, you do realise that it’s YOU who wants a big family, right?

Erica: “Why are you running daddy? Is this a game?” 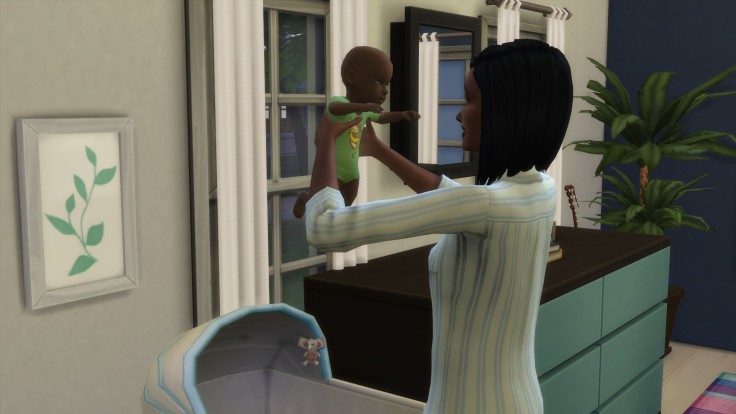 Fortunately Ruby did just fine on her own – she’s done it before with Allen after all. Welcome little Peter to the world!

Isaac crawls back to the room: “I’m so proud of you my darling!”

Ruby’s face seems to be telling a different story: ‘If only I could say the same.’ 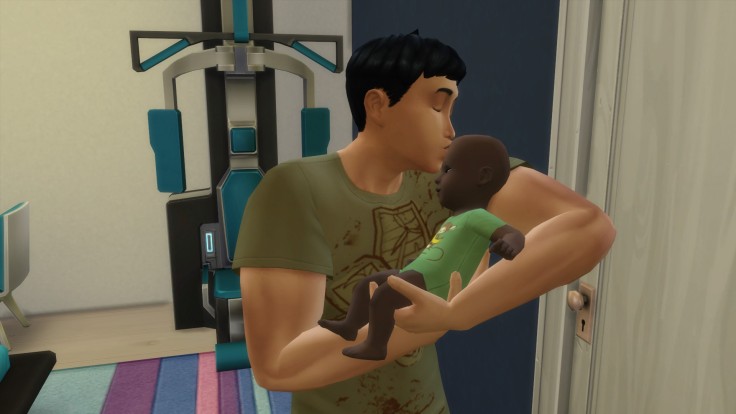 In Isaac’s defence, he does seem to be great with the baby and takes care of little Peter so that Ruby can relax and play games. 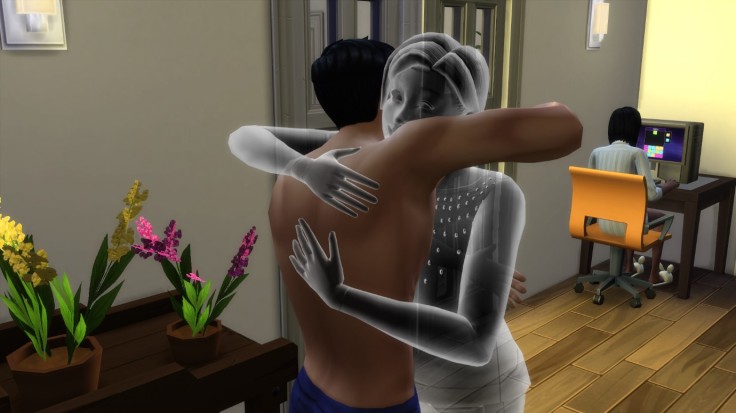 Maranda makes an appearance to congratulate the couple on their newborn.

She even changes the Baby’s diaper like a pro. Forget what I said about Isaac, clearly Maranda is the best caretaker in the house.

This is when I noticed that little Peter is wearing a girl’s outfit… did I not see the gender right when he was born?

Kirk also checks in on the family and silently observes his granddaughter. Erica does not seem to notice.

Speaking of Erica, she is becoming quite the little painter. She’s going to reach her childhood aspiration in no time. 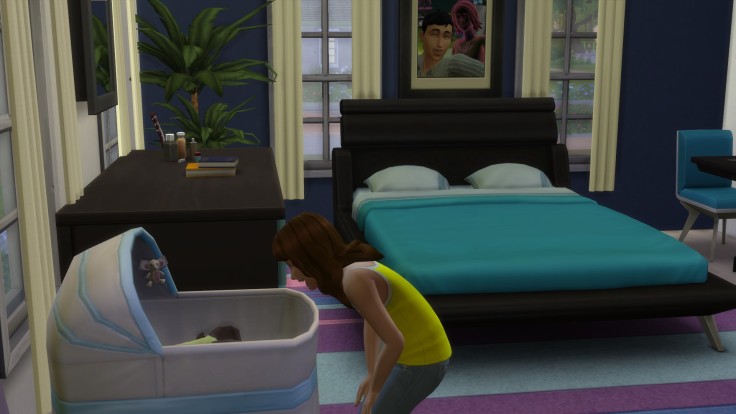 She’s also still just as excited about the baby as when she first found out about the news. 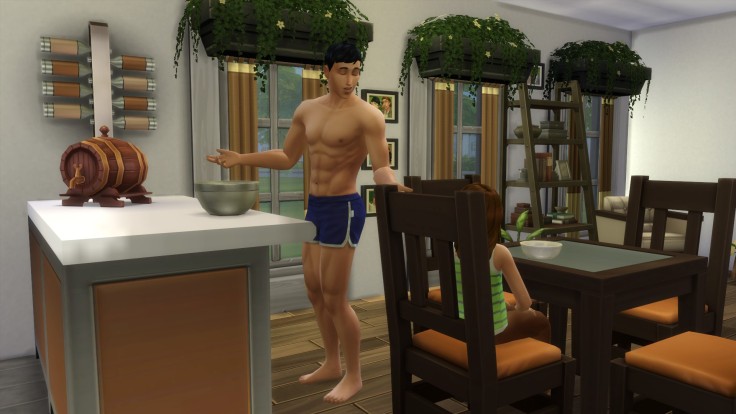 Isaac: “Erica, sweetie, the baby is a boy, not a girl… I think… otherwise we really messed up with the name.”

Erica: “Oh, ok. I just thought it was a girl because of the onesie… but I guess things are not always what they seem. Boy or girl, yellow onesie or a green one, I’ll love the baby regardless.”

Author’s note: I must confess that the sole reason this photo is included is for me to drool over Isaac’s body. Moving on…

Seems like I’m not the only person smitten with Isaac.

Isaac’s schmoozing with the chief must have worked because he’s now a senior detective. He’s actually not been mean to anyone in quite some time… looks like the kids have brought out a softer side in him.

On another note, Peter is wearing a boy’s outfit again. I’m really starting to doubt myself and wish I had gone for a more unisex name.

With Isaac now being senior detective, he works on cases of his own instead of just helping out his colleagues. It appears someone’s trashed the Goth house. And for the first time, Juanita is not around claiming to have witnessed the crime. Dubious… but perhaps she’s just at home with her new baby.

Witness: “The vandal was about my height…. I mean, so are all sims, but I just thought this information would be helpful.”

This is going to be one tough case! 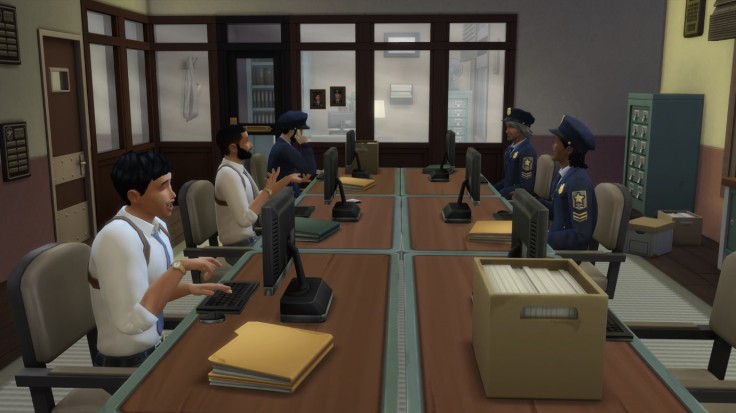 I did a touch of renovation at the police station as well because the lack of computers was getting on my nerves. The new layout is perfect for discussing case theories

Senior Detective Bob Pancakes Lookalike: “I suspect the vandal was Juanita… she’s never missed a crime scene appearance as of yet!” 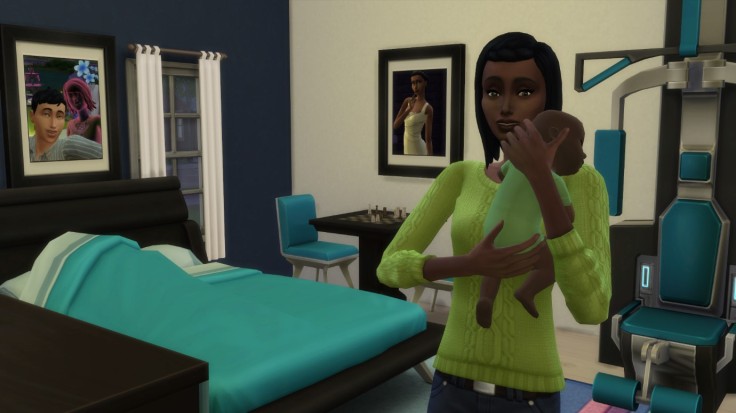 Ruby is trying to saviour the last few moments with her baby as Peter is just about to age up… moment of truth! 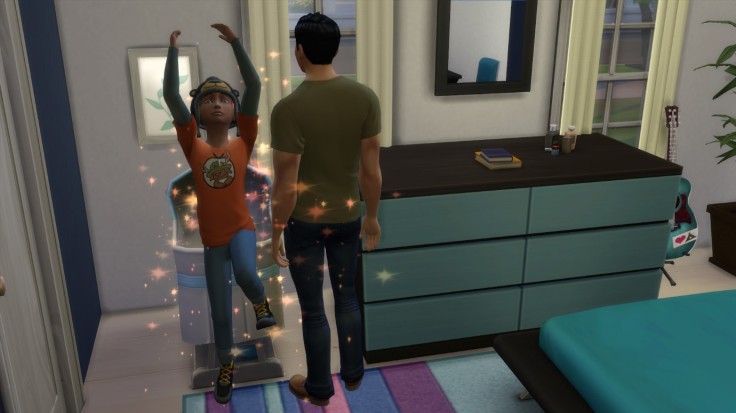 Peter/Petra has grown up to be a geeky rambunctious scamp! Judging by the outfit it could still go either way, so let me check in CAS and I’ll get back to you… until next time!

14 thoughts on “The Bloomer Legacy: 2.3 The Cross-dressing Baby”