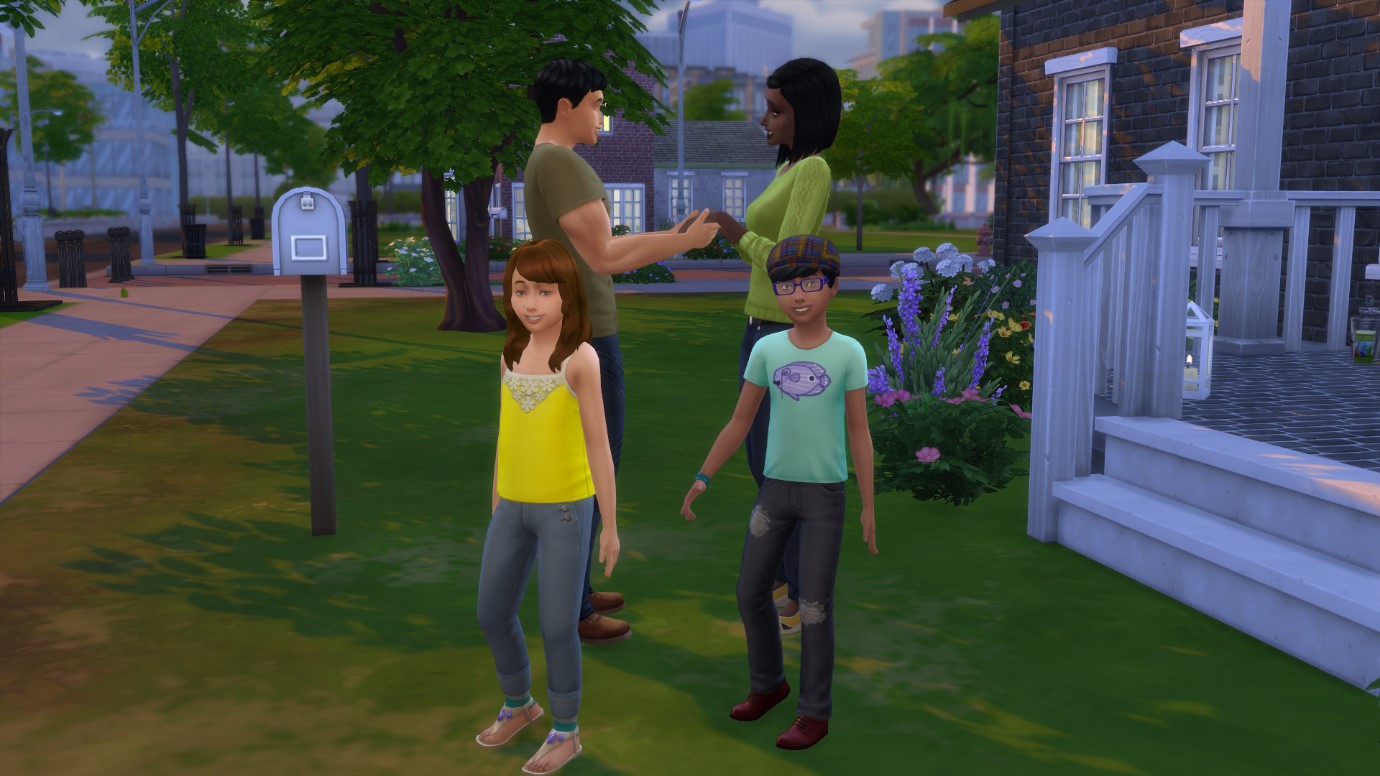 The Bloomer family is patiently waiting in front of their family home while they’re having house renovations done. Peter is sporting a new look as well.

I did not go crazy when he was a born and he is indeed a boy… perhaps he’s just beyond gender stereotypes! 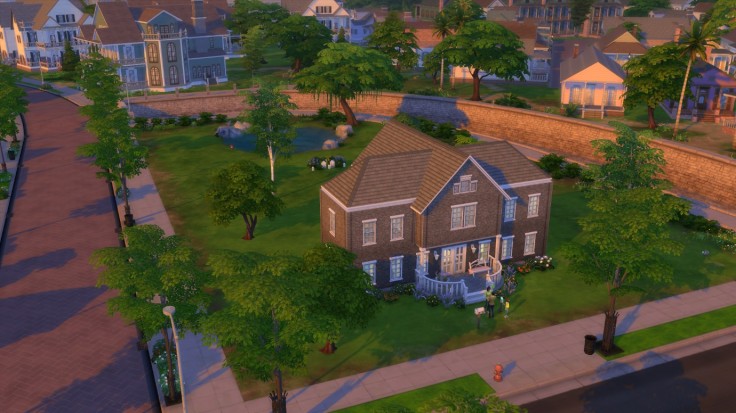 The house now has a brand new second floor – we’re moving up in the world! 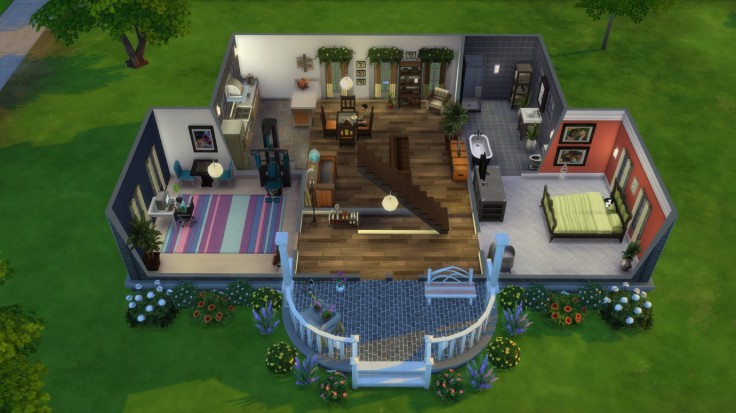 Isaac and Ruby’s room has moved to what used to be Kirk and Maranda’s room, so they now have an en suite. Isaac’s old room has become the home study/gym/skill building room of sorts. 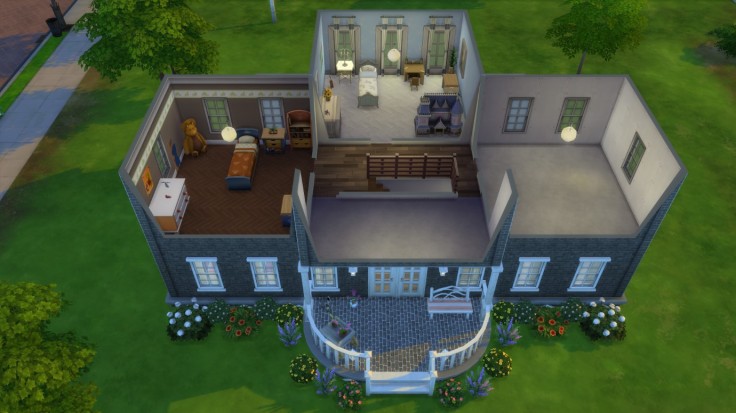 As for the upstairs, Erica has taken over the largest room as the oldest child and Peter gets his own room too. There’s also space for second bathroom on the kids floor – once the family gets more moolah – and a whole other bedroom for child number three. 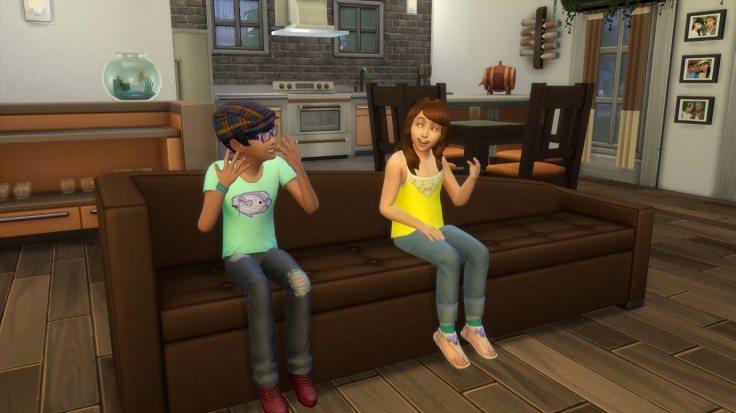 Peter: “It’s so awesome to be all grown up and walk around! I can’t wait to explore everything!” 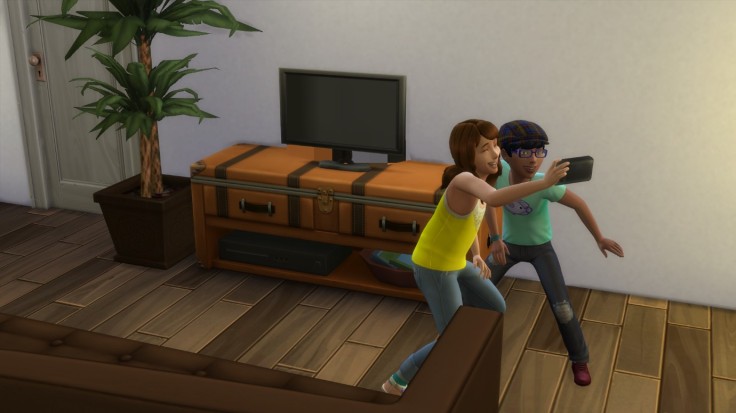 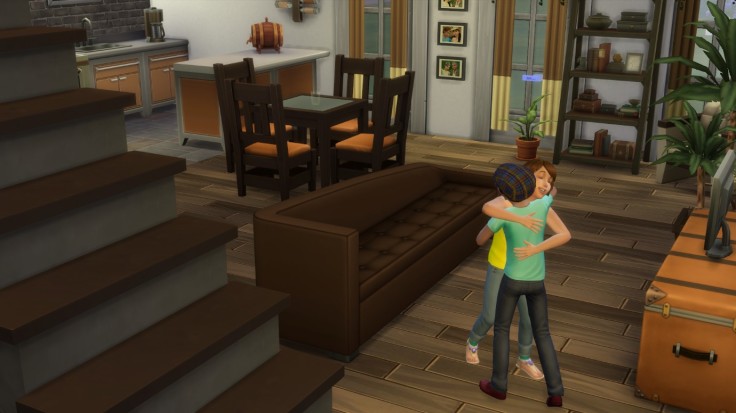 Erica is a great big sister. I think she must have a hidden family-oriented trait. I still have yet to see her sad from her supposed gloomy trait as well. 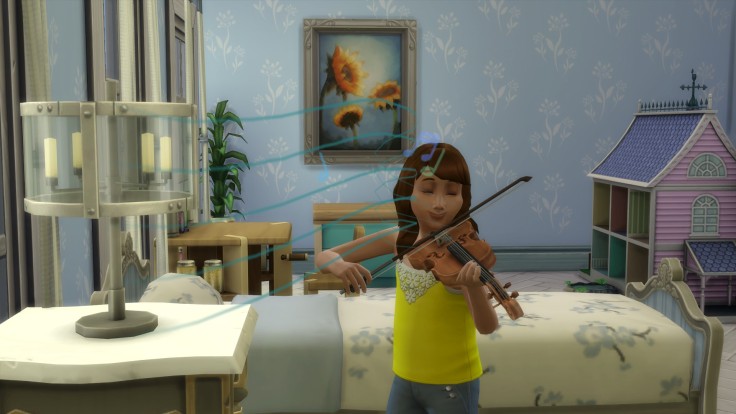 The kids go on to explore their new rooms. Erica decides to move past painting and try out the violin, which produces some interesting tunes… let’s go check on Peter instead! 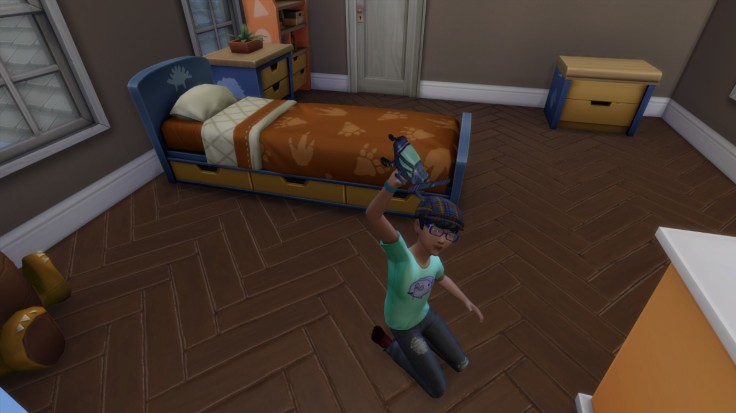 Peter: “Captain Duckhorse to the rescue… in his helicopter!”

Whatever you say, kid. 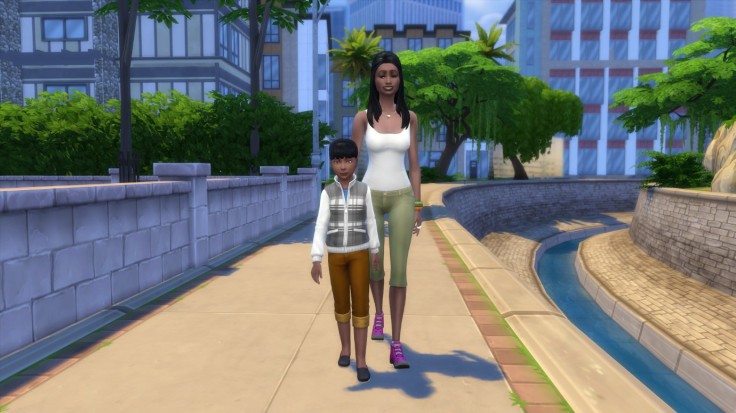 Look who else made an appearance! It’s proud momma Juanita and her daughter Cassiel all grown up! 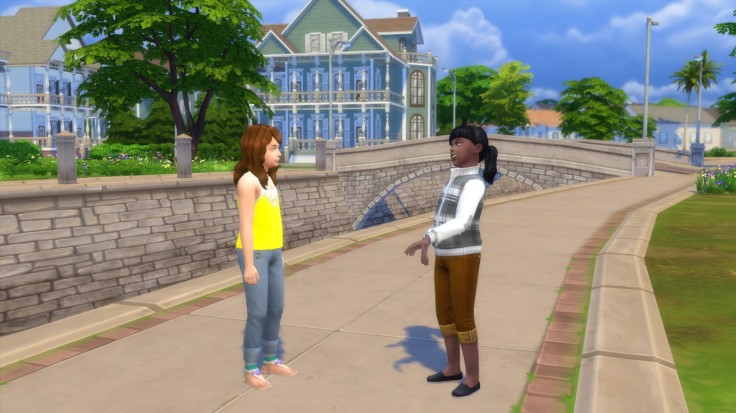 We have Erica go introduce herself to her… niece? I suppose with Allen being her big brother and Ruby being Cassiel’s grandma, it does make Cassiel the kids’ niece, and Isaac’s step-granddaughter… I think I’ll just call her cousin Cassiel for simplicity’s sake. 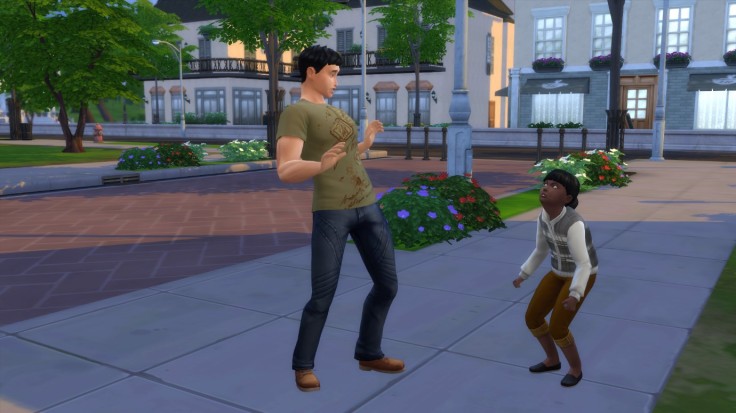 Cassiel: “You may call yourself the leader of Newcrest, but I have a master plan for the WORLD domination!”

Correction: Evil cousin Cassiel. Even Isaac is scared of her! 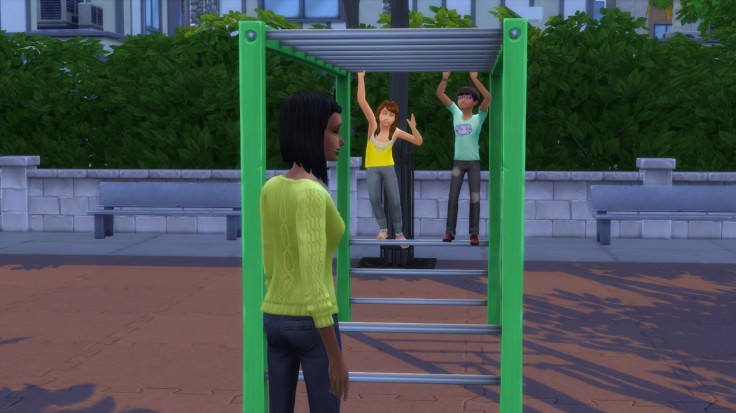 Luckily our kids are precious!

“Mommy, look at us, we can cross the monkey bars at the same time!” 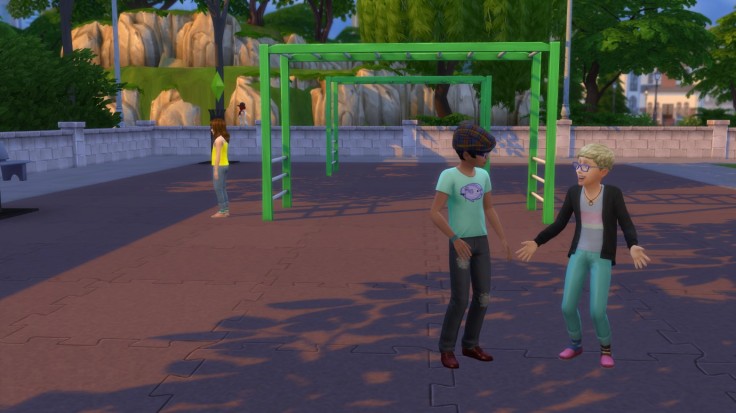 Peter meets his long lost brother from another mother on the playground.

Jaxen: “Woah, you invented a superhero called Captain Duckhorse? That is so neat! I’ve only ever thought of Officer Wormshoe!”

Meanwhile, Juanita and Allen drop by the house to discuss parenting.

Juanita: “Cassiel is the most precious thing little thing in the world! She practically does not need any parenting because she seems to have it all thought through!”

Allen: “Actually, honey, perhaps she could do with a bit of…” 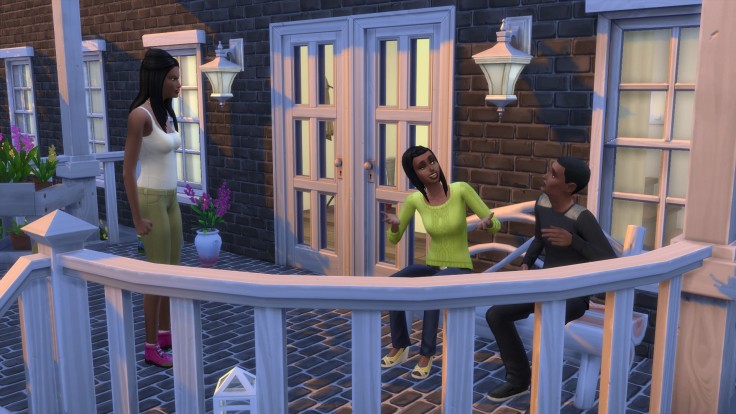 Juanita glares at Allen: “A bit of what?”

Allen: “Err, nothing my darling.”

Ruby tries to save the day: “Well Cassiel does seem like quite a lovely little girl…” 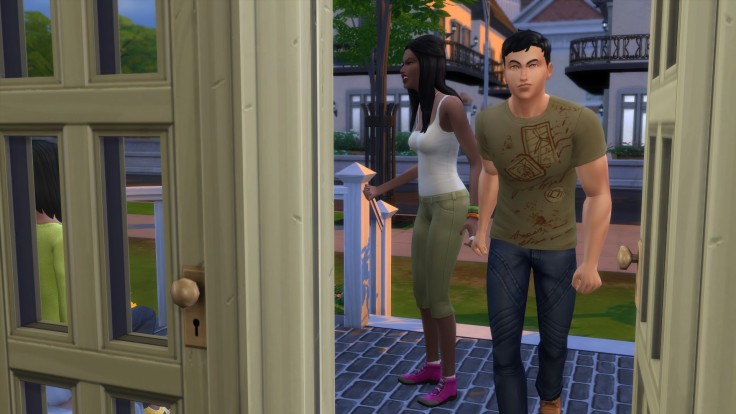 Isaac storms in, having just encountered the lovely little girl himself: “Do NOT bring up Cassiel! In fact, nobody talk to me for the next hour or so… especially you Juanita!” 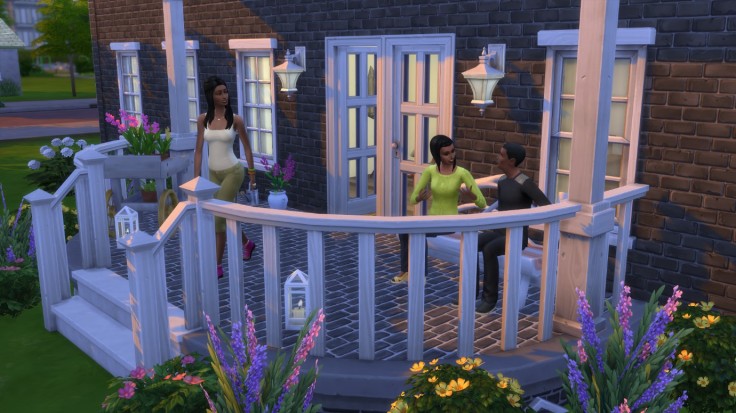 Seeing Isaac angry is always a highlight of Juanita’s day, so she leaves the Bloomer house with a satisfied grin. 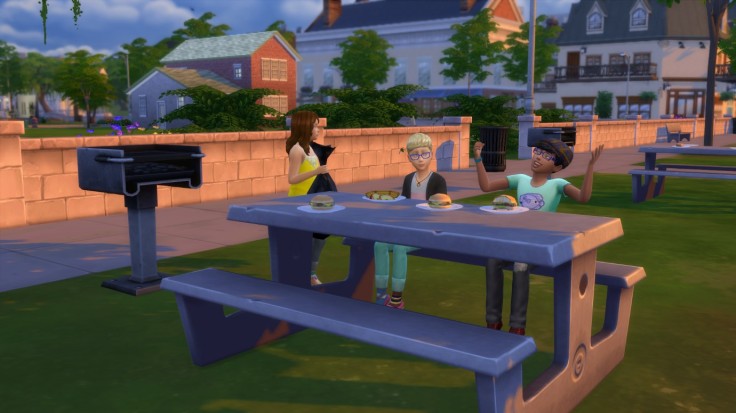 The kids are still at the playground – the boys have a lot to discuss about Captain Duckhorse and Office Wormshoe. Erica shrugs them off and decides to clean up the area instead – she takes her duties as a part of the Newcrest founder family very seriously! 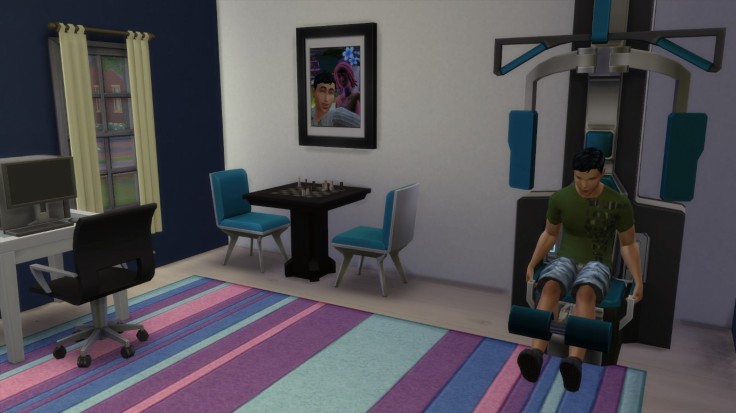 As for Isaac, a long evening full of enraged reps is on the cards…