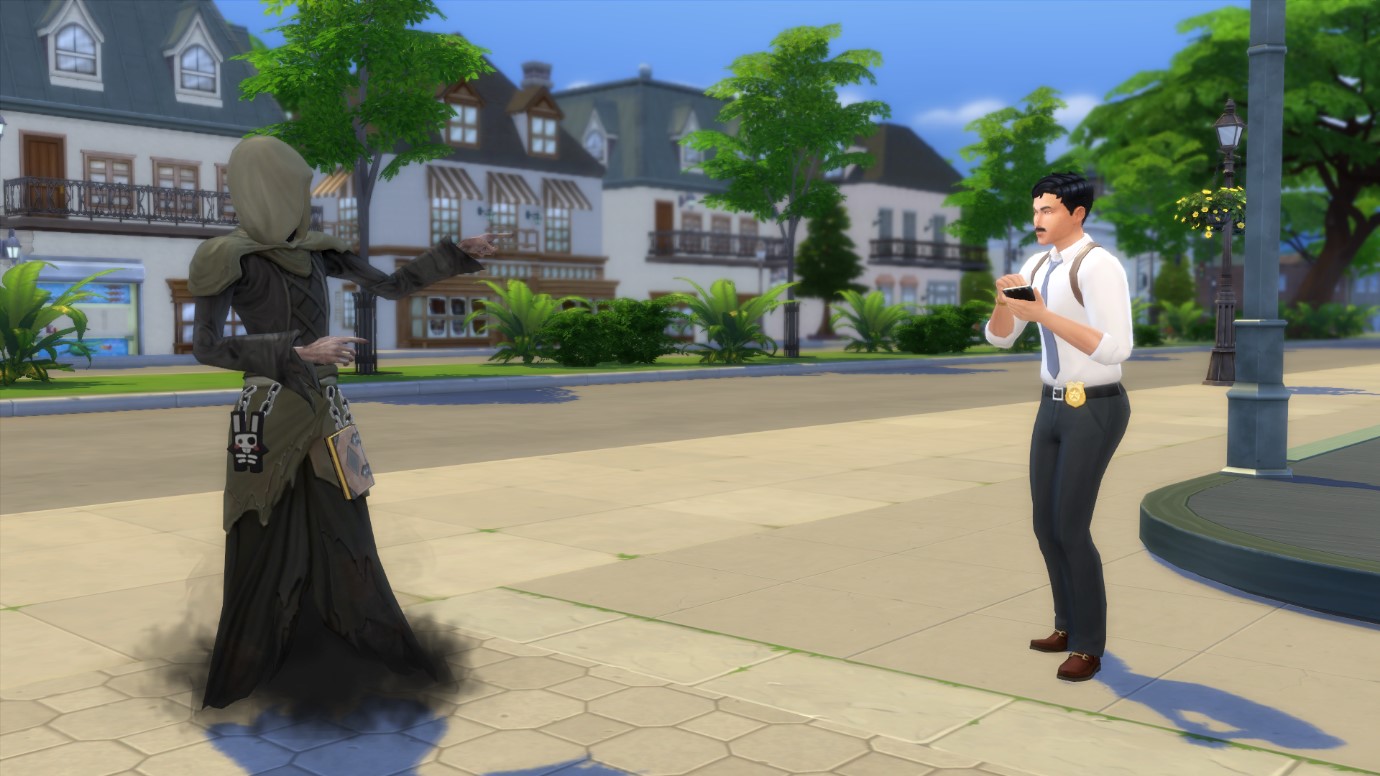 Isaac has been pretty busy at work, and even arrested Daniel’s mom, with the help of valuable witnesses, such us… the reaper. (I was so tempted to arrest Grim instead, but he did not even vaguely match the suspect description). 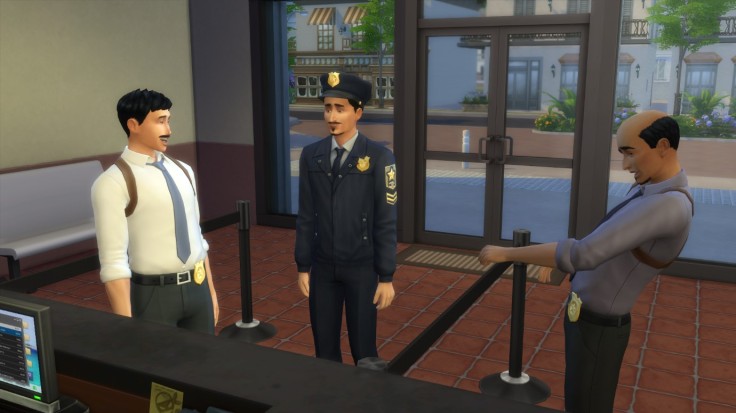 Finding out that Daniel’s mother was a criminal did not help Isaac like him any better, but he was pretty pleased she was locked up and even cracked a joke with his creepy looking coworkers.

Looking at the trio, I finally admitted to myself that the tache is just not working for Isaac, and opted for way more facial hair. 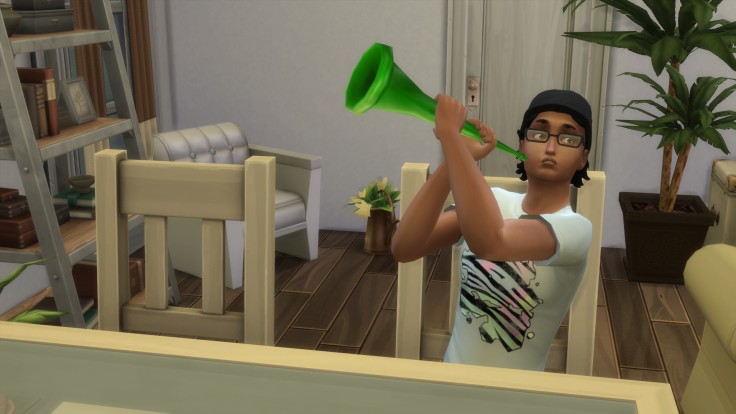 It’s birthday time… which can only mean one thing. 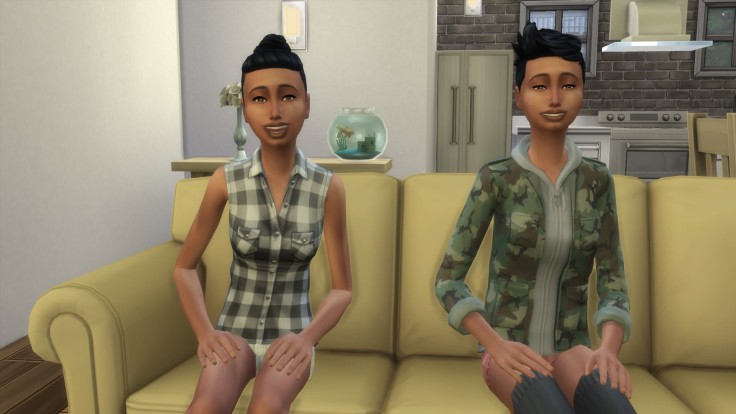 The twins are now teenagers! 4 teens under one roof… oh boy! 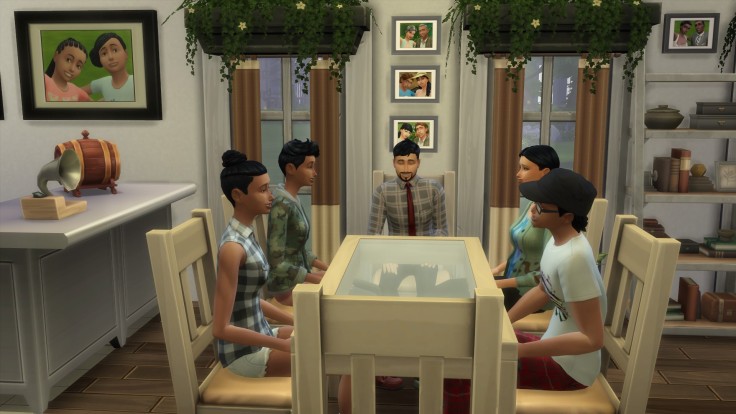 Isaac sits knows he can’t put the talk off any further, so he sits them all down. 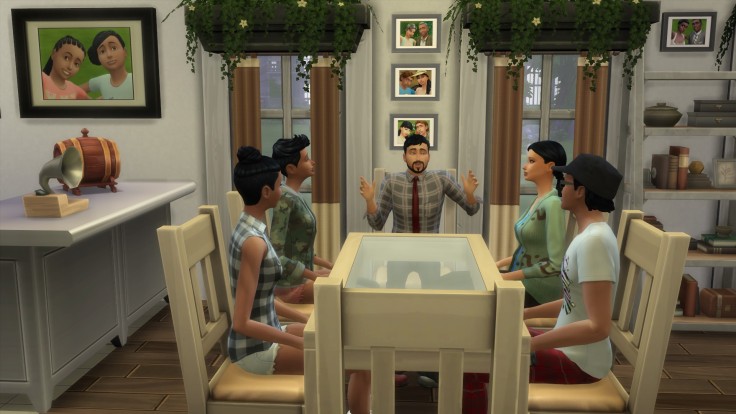 Isaac: “As you all know, our family is not quite like any other family in Newcrest. We have obligations, and our duty is to build this place up from the ground.

Your grandfather has created the park you all love so much, and my generation’s duty has been building an affordable neighbourhood where some of you will end up starting your own families.

But the legacy must move on, and there is so much to be built… so there has to be an heir. I love you all equally, and I wish each and every one of you could be the one to carry on the family’s name, but that can’t be the case.

To be as fair as possible, and to ensure the best for our town of Newcrest, me and your mother have come to the conclusion that the best way to determine the heir would be what each of you would like to build. The one that comes up with the idea that will be the most useful for the community will become the heir.

Erica, you’re the oldest, so you can start.”

Erica: “Well daddy… I know how this is to you, but… to be honest, I don’t think I want to build any community buildings… I want to become a famous artist, and paint all of the sim emotions, and also have a large family with the love of my life… just like you did! Please don’t be mad!” 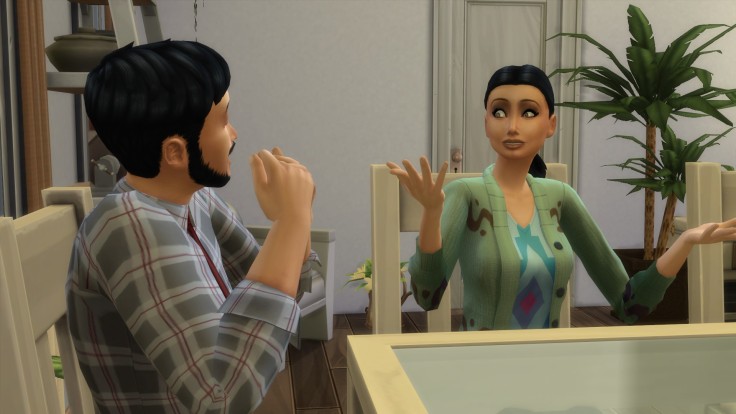 Isaac: “Well, there is no reason why you could not do all that AND build the community lot… not to mention you still HAVEN’T met the love of your life, so you’ll have more time to focus on other things than family to begin with.”

Erica: “If that is true, that adds meeting the love of my life to the already long list of things I want to do.” 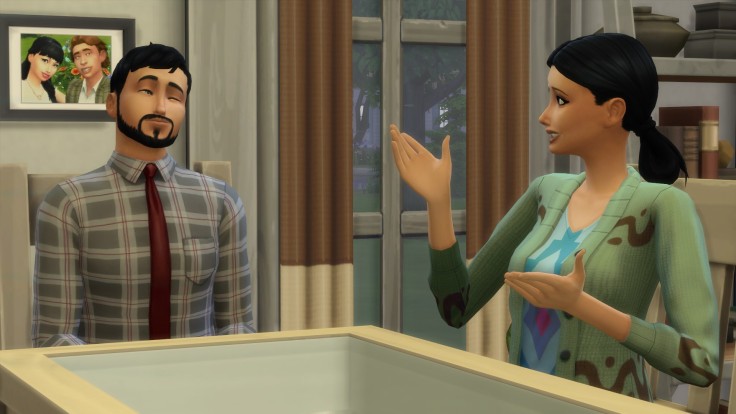 Isaac: “Does that mean you’ve stopped seeing that plum from a filthy criminal family?”

Erica quickly changes the subject: “I just want to make sure I do things right daddy… And I feel like if I focus on too many things it won’t bode well either for the community, or for my aspirations.”

Isaac smiles: “Fair enough. Not everyone has to want to contribute to the legacy, it’s perfectly fine for you to want to start a legacy of your own. That’s why there’s more of you, after all.” 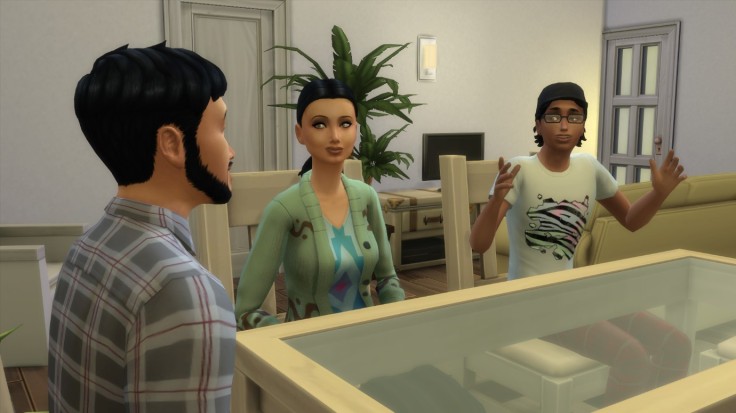 Peter: “Well, as you know I’ve had this whole idea for Captain Duckhorse for quite some time…”

Erica lets out a giggle. 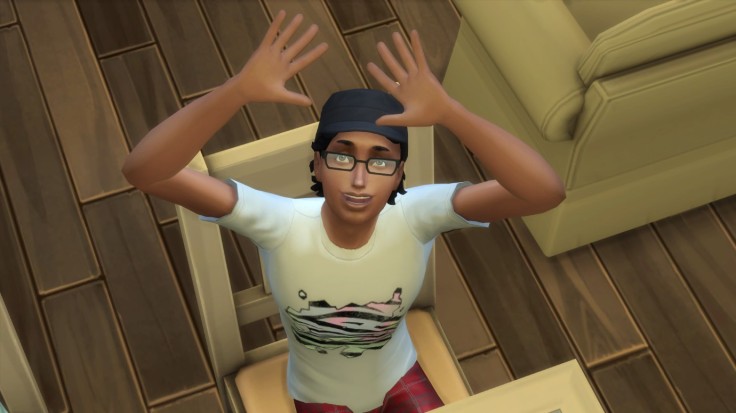 Peter: “So I was thinking that the theme would work best for a video game. Just picture it: The Adventures of Captain Duckhorse! It could be this epic RPG saga!” 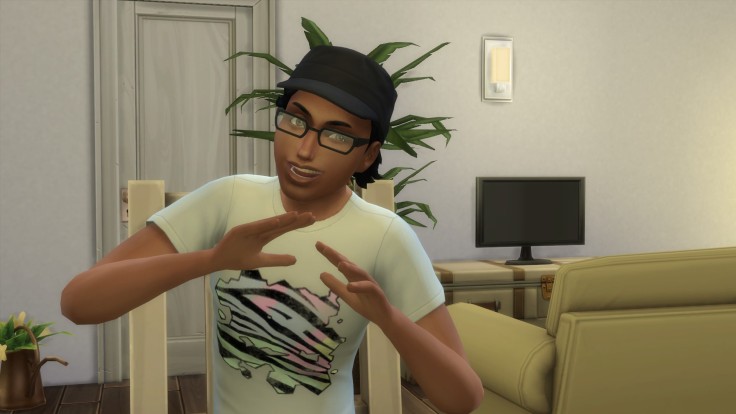 Peter: “So the obvious choice to go along with that would be building an arcade!” 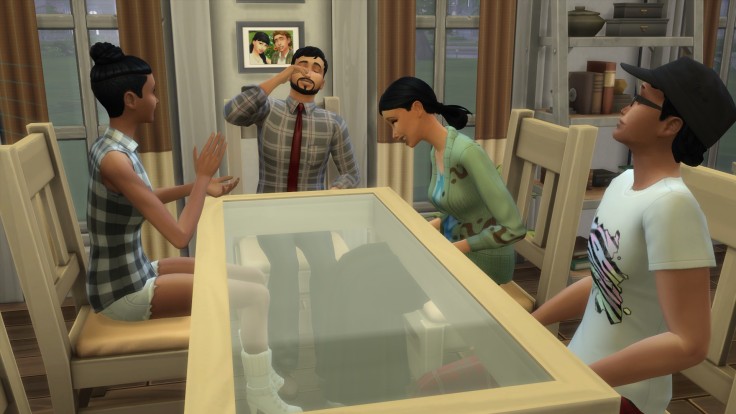 Everyone bursts into a fit of laughter. 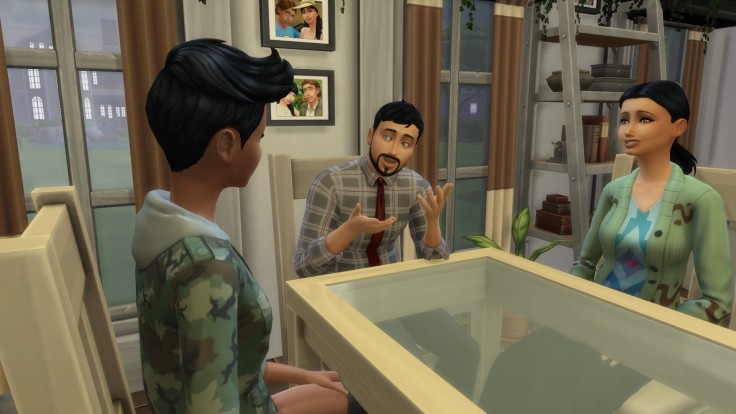 Isaac: “What about you, Charlotte? How would you like to contribute to the community?” 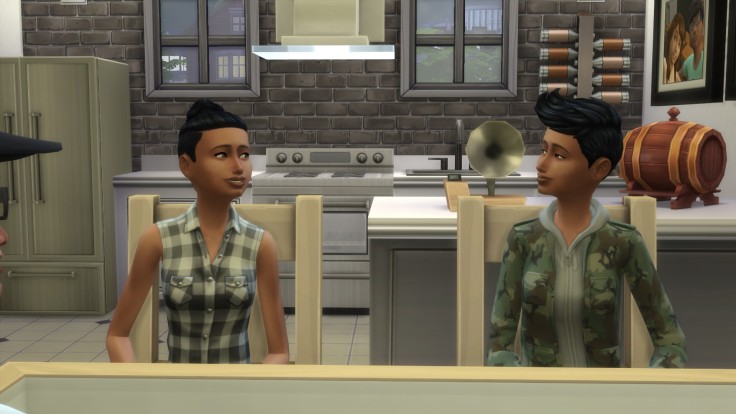 The twins look at each other for a moment. 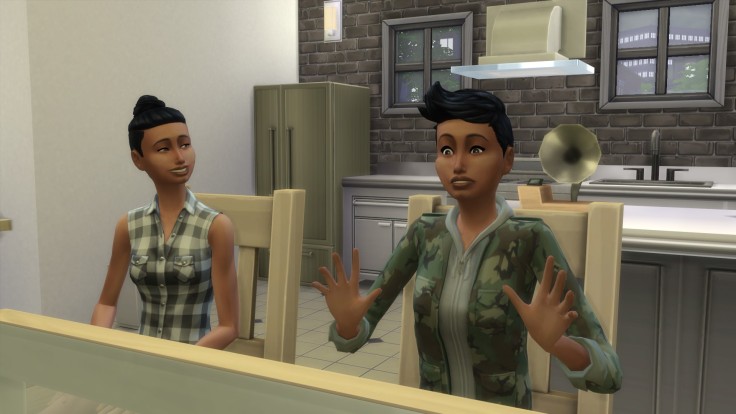 Charlotte: “Help the community? I don’t want to do that at all!” 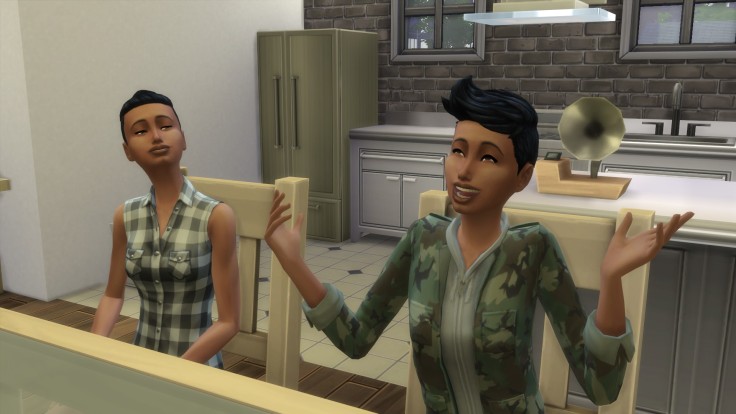 Charlotte: “To plum with the community, I’d rather egg their houses and do all sorts of pranks on them rather than help them in any way! I want to be the Chief of Mischief in this town!” 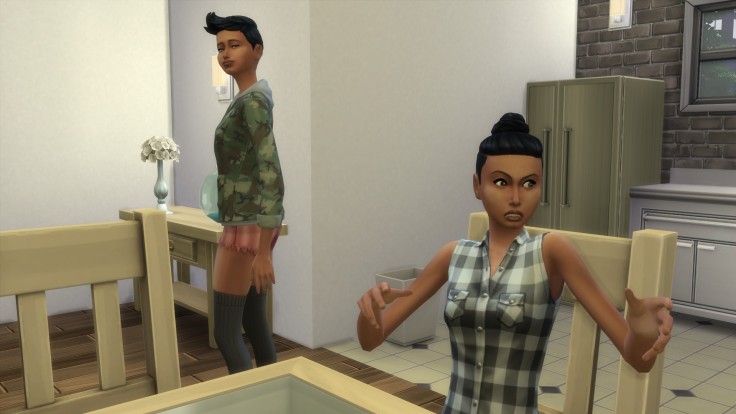 Charlotte: “I agree completely. Or rather, I think egging their houses might be just a bit too mild. Personally, I’d rather be the Public Enemy than do anything nice for them.”

Oh, yes, that miniscule detail. Not only did both of the twins inherit Isaac’s mean trait upon transitioning into teenagers, but they also both got deviance aspirations, making them both dastardly as well. Yikes!

I feel like this was caused by my benign neglect during their childhood – I mainly left them to their own devices while focusing on Erica and Peter… grave mistake, it turns out! 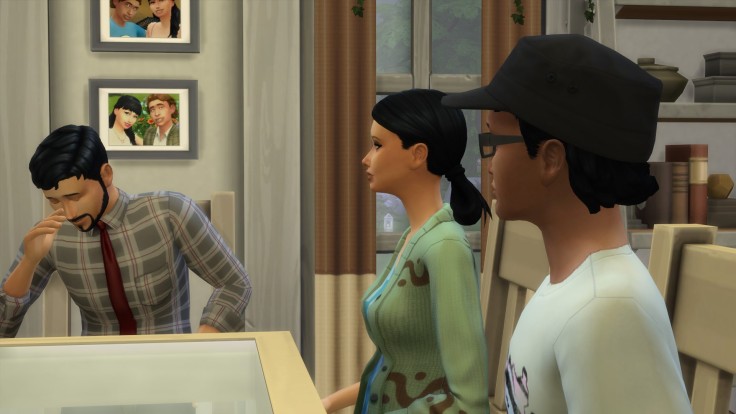 Isaac bursts into a fit of hysterical laughter… or is he crying?

Isaac: “An arcade! AN ARCADE! I have 4 children and the only one that wants to contribute to the town’s legacy wants to build an arcade!”