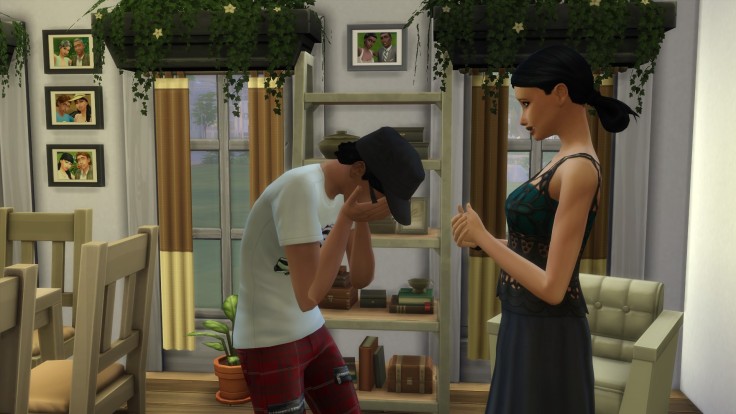 Peter: “Melody… my fish… I wanted to invite her to your party, but… she moved out of town and I have no idea where to…” 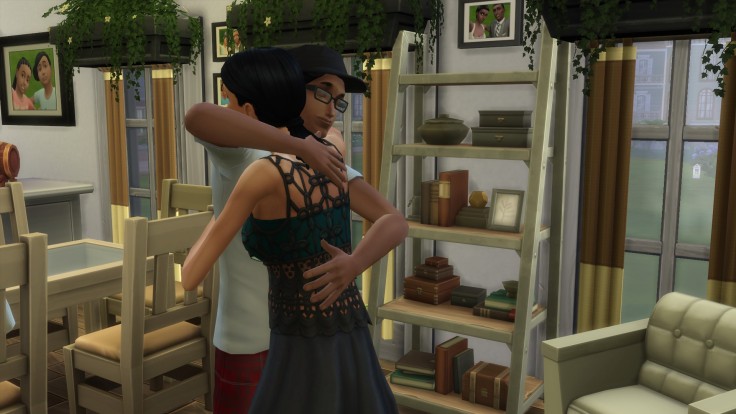 Peter: “I’m sorry, I know it’s your birthday… and I should have known… she did say that her family moved around a lot, changed identities…”

Erica: “Oh Petey, I’m so sorry. Don’t worry about my birthday, I’m here for you, always! You’re my best friend!” 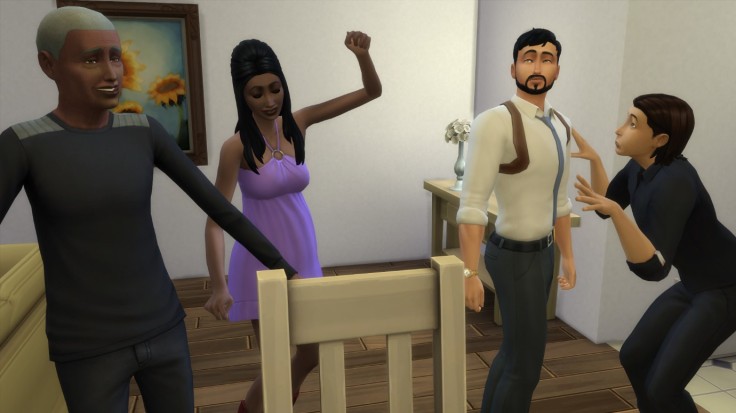 Peter’s heart might be broken, but we still have a birthday party to throw. The Perrins are here, of course, and so is Daniel. Erica figured he could use the opportunity to impress her father.

So far, it’s not working too well… 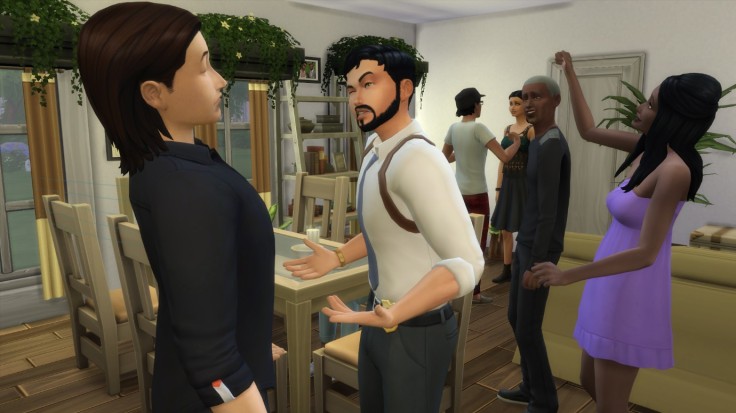 Isaac: “What is your problem? I told you that I don’t want to see you anywhere near my daughter, and instead you come to my house and try to scare me? Me? Who do you think you are?!?”

Meanwhile, the dastardly twins are bonding with evil cousin Cassiel.

Charlotte: “So we were thinking about setting up intricate traps throughout the community park…”

Cassiel: “That is so last year, I’m way ahead of you! But you two do have potential.” 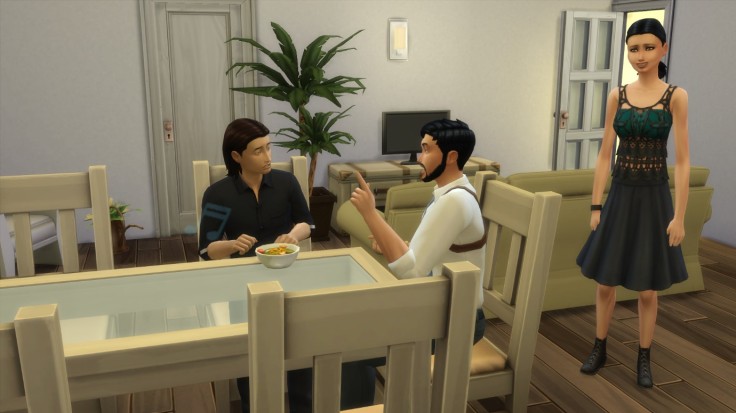 Isaac: “What are you still doing here, I told you I wanted you out of my house? Are you deaf?”

Erica: “This is the worst birthday ever!”

Juanita: “Aah, Isaac and his fits of rage… classic!” 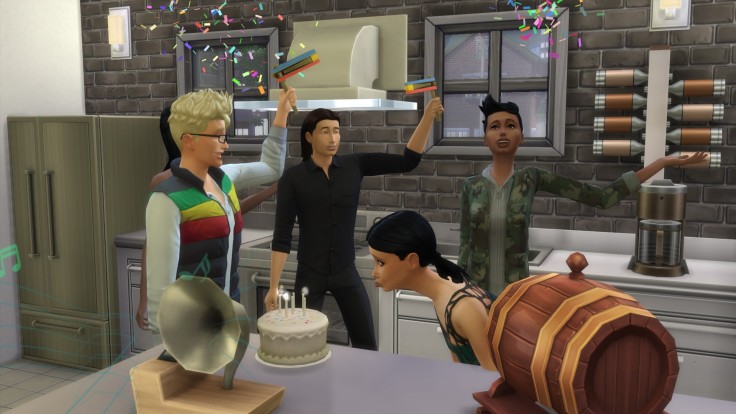 Erica blows out the candles and only has one wish – for her father to accept her boyfriend.

Since the challenge allows me to pick the third trait, I pick family-oriented for Erica – she’s always been so great with her siblings I feel like she should have had that trait a long time ago. 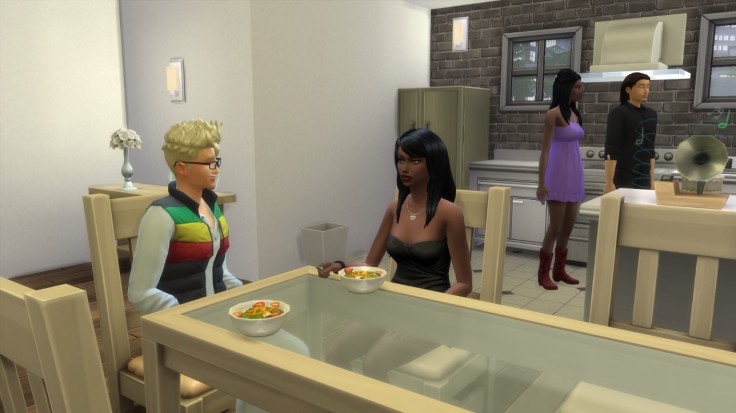 Poor Jaxen. He’s just too nice for the girls in this town.

Erica and Daniel spend most of their evening in the garden, away from Isaac’s anger.

Erica: “I don’t think my dad will ever accept us Daniel… maybe we should run away, start a legacy of our own.”

Daniel: “Don’t worry pumpkin, we’ll be fine. Your dad will have no choice but to acknowledge we’re together.”

Daniel: “Well, there’s two options really. We could plant a bunch of marshmallows around his bed, and that way he won’t be able to get out of it and do anything about us…. Or, we could get married.”

This may be a good time to mention that the third trait Daniel gained upon turning into a young adult is insane. 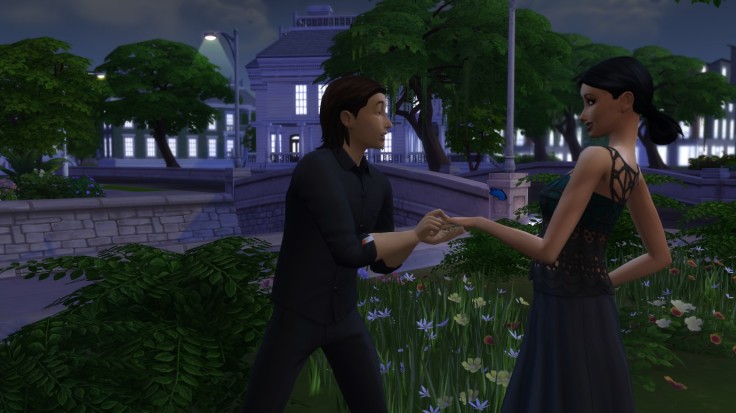 Daniel: “I already have a ring. I mean, it’s from a gumball machine, but it sparkles. Like you.”

And just like that, they get married in the backyard.

Cassiel: “Now this is juicy!”