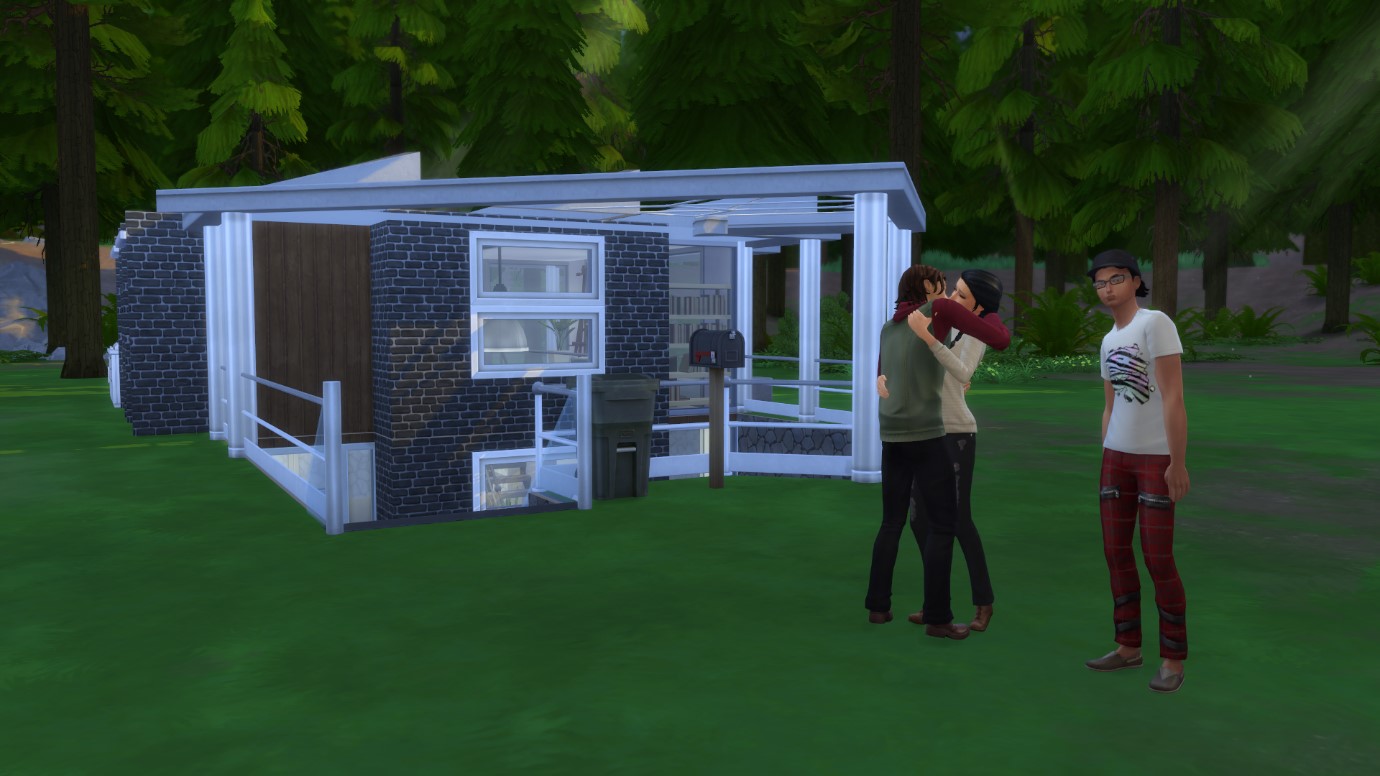 Author’s Note: I’m trying out something a bit different; the following 2 honeymoon instalments are going to be narrated entirely by Peter.

Also, I didn’t build the house Peter, Erica and Daniel are staying in, it’s one of the awesome creations by TheSimSupply called Digging Down.

We arrived at our accommodation in Granite Falls at dusk. Erica and Dan were being all mushy and newlyweddy during the entire journey. A part of me regrets saying yes to this already. But hey, at least I’ll get to see somewhere new, right?

My room is pretty small, but it will do for the duration of the trip. We arrived pretty late, so I decided to go straight to sleep.

Since my sister’s room was just next to mine, I can tell you that the newlyweds most definitely did NOT go straight to sleep though. Eww.

The following morning, we were all pretty pumped to go out to explore Granite Falls. There’s a bunch of spa type buildings in the area for all the tourists – I hear they’re all really new, so we might be one of the first ones to try them out. Sweet!

Erica and Dan went to get a romantic couple’s massage or something. For obvious reasons, I didn’t feel like joining, though from what I saw I could swear the massage therapist was perving over my sister… so gross.

I went to sit by the pool of the spa and enjoy the view of the lake. Well, at least I tried to. There were so many pesky flies around I had to retreat back indoors. Man, I wish I could be playing games on my computer back at home!

Erica seemed impressed with the whole massage deal, so I decided to give it a go too. Let’s just say it’s not really my thing!

The newlyweds invited me to the sauna with them, but I knew better than that. They’ll probably be all lovey dovey in there and make me real uncomfortable… 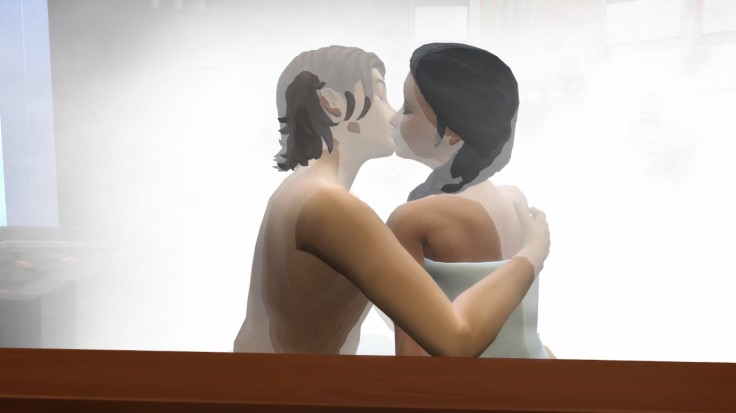 What did I say?

Me: “Hey guys, so what are the plans for the evening?”

Daniel: “I was thinking we could watch the sunset from the terrace here…”

Erica: “The spa mixologist heard that it’s our honeymoon and he made us this special cocktail called Young Love! Isn’t that sweet?” 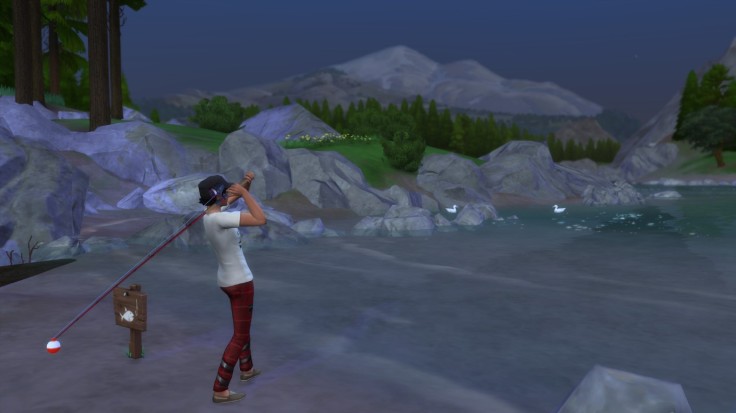 Needless to say I didn’t stick around to watch the sunset with them… I’ve never tried fishing before, it’s kind of relaxing! Maybe I could incorporate it in my Captain Duckhorse game somehow!

Didn’t see Erica and Dan for the rest of the evening, but I’m sure I can imagine what kinds of things they got up to… not that I would want to!

I walked home on my own around midnight. While it was kind of weird to be tagging along for my sister’s honeymoon, I must admit the nature in this place is beautiful. And you can actually see the stars!

Me: “So, lovebirds, what are we gonna do today?”

Erica: “We were thinking of trying some yoga! What do you say, Petey?”

Me: “Guys, there’s still time to leave… I mean, is this safe? I’m pretty sure I could find a yoga simulation game we could on a laptop back at the house…”

It was too late though, and we had to go through with the lesson. Dan was actually pretty good at it – maybe it’s his insane side. Me and Erica were pretty wobbly to be honest. She was pretty determined to make it work though! Personally, I just decided to do my own thing. 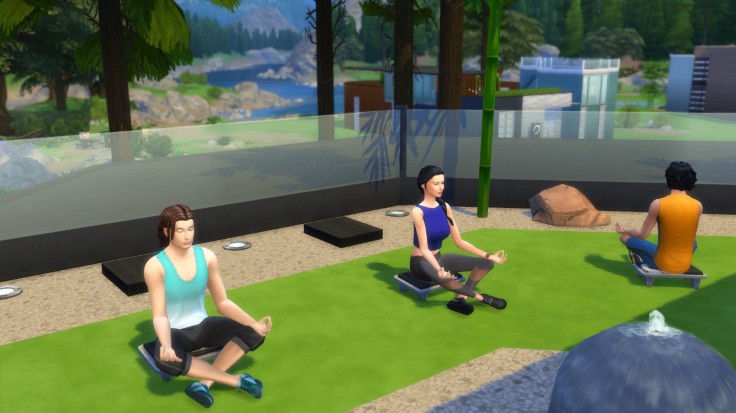 Dan got so into it he then suggested we all go meditate. Luckily I was facing the other way than the two of them, so I had a little nap instead. I’m not sure if I’m feeling the whole spiritual thing… 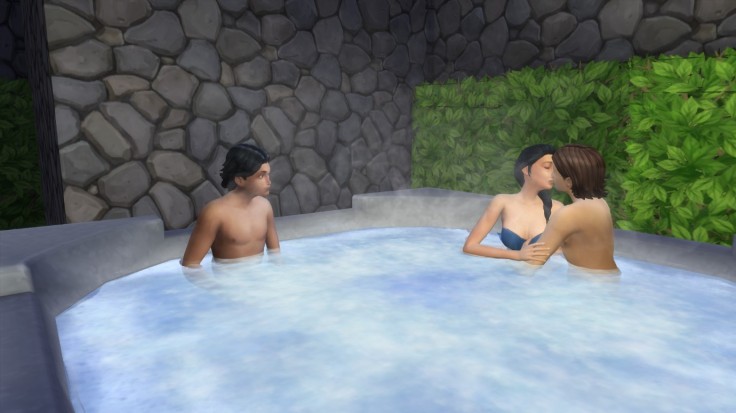 When we got home in the evening, we all went to try out the hot tub. And, you guessed it… they just started making out AGAIN.

Why the plum did I think it would be a good idea to join them again?