Two new houses appeared in Newcrest, and old fashioned homey one and a crisp and clear modern one. (Actually, there might be a third one, but more on that next time…) 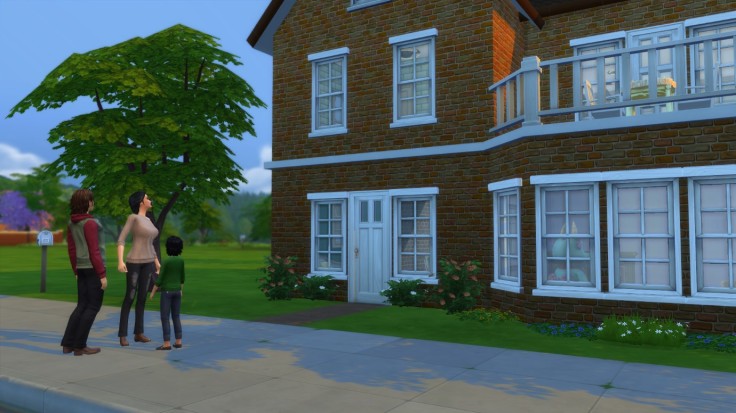 The Agustins admired their new home. Erica couldn’t wait for the memories she was going to make here with her beautiful family.

The home was modest, but just artsy enough for them, and it was a huge improvement from the tiny starter home. Here is the downstairs with the kitchen and dining, Erica and Daniel’s bedroom with an arts corner and Skylar’s room. 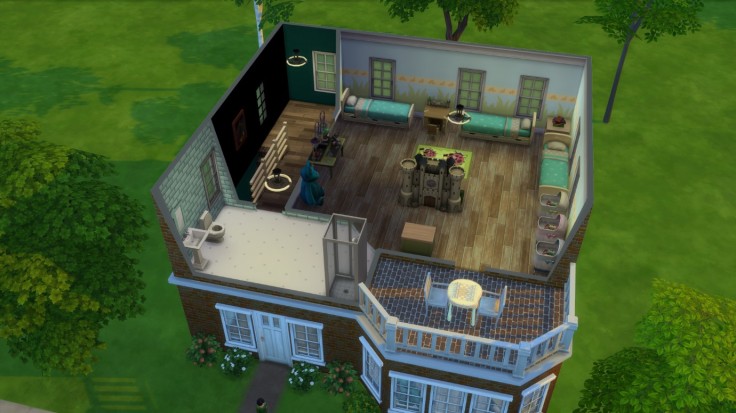 The upstairs is the triplets’ kingdom. Let’s hope the Agustins will be happy here! 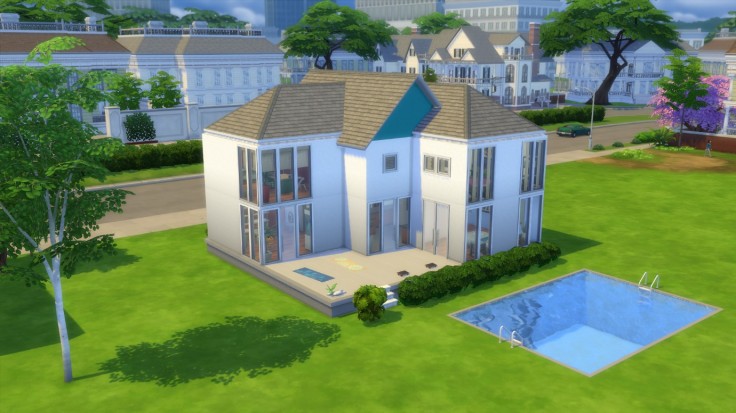 This of course means that the shiny modern house is the new home to the legacy family, complete with a pool!

Isaac: “Well Peter, it’s your turn to make the big decisions now! I’m excited to see Newcrest grow with you and your family, and I’m sure looking forward to that arcade of yours. It’s going to be… um… quite something!”

Peter: “Actually, dad, I’ve reconsidered my priorities a bit. I still think an arcade would be fun and hope to build it someday, but perhaps it might be a better idea to start off with a library… you know, to improve the community and all.”

Isaac cannot believe what he’s hearing. He hadn’t even dreamed Peter would make such a responsible choice!

Isaac: “That is a great decision, Pete. I’m proud of you.”

Peter: “Well, also, since I want to turn my Adventures of Captain Duckhorse into a book series for kids, I think a library would be a great place to really push my books… but mainly, the community thing. Yeah.”

Since it’s the time for the new generation to shine, the downstairs is very much theirs. The kitchen, living room and Peter and Lilah’s bedroom with a writing corner are all very fresh and bright, although they’re mainly using affordable furniture. 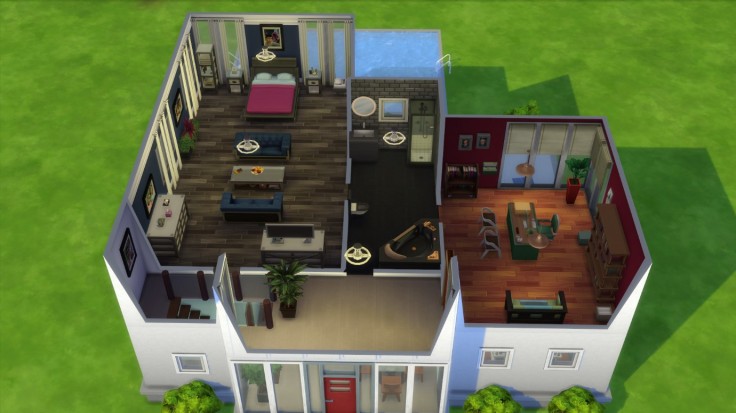 The upstairs, on the other hand, is completely Isaac and Ruby’s, and as that it’s furnished quite lavishly. They’ve earned it! They have a fabulous bedroom, a luxurious bathroom and of course a nice new office for Isaac’s detective activities and Ruby’s programming.

And for those of you who have been with the Bloomers for quite some time, rest assured that the family goldfish Steve has made the move as well. 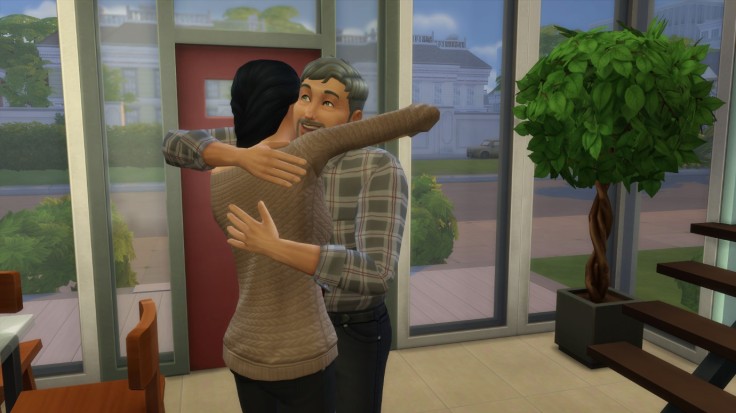 The first person to come over was Erica. With her and Isaac freshly reconciled, they were overjoyed to have their relationship on the mend again.

As Erica enthused about the babies, Isaac couldn’t help but feel a sense of pride. Both of his older children were doing so well, and have come so far already. He was sure the twins, who have now freshly moved out, would now follow in their older siblings’ footsteps. 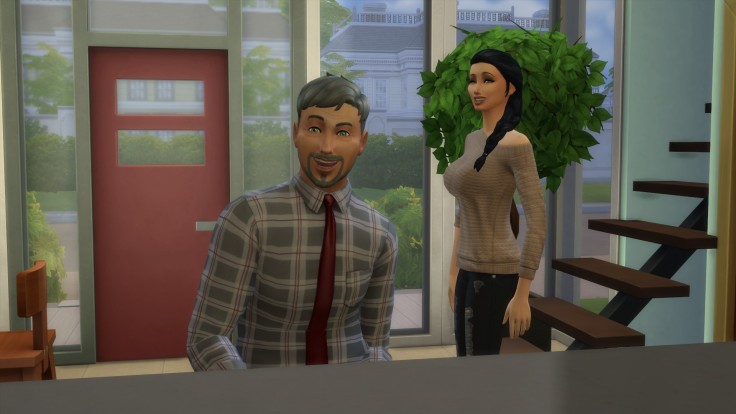 Happy Isaac makes me happy. Also, I think he’s still got it.

With a large young family like Erica’s, the oldest daughter’s visit was quite brief. (I wouldn’t trust Daniel alone with the kids for too long either!) Isaac and Ruby went to enjoy their new office space once she’s left.

Meanwhile, Peter had a visitor of his own, his old pal Jaxen. Lilah decided to just casually strike a “natural” sexy pose in the background. Nice one, Lilah.

Jaxen was actually feeling quite blue. He had no family left in Newcrest, and things were not really going his way. He had tried inviting evil cousin Cassiel out on a date, but she just laughed at him. For several minutes. It was painful.

Lilah: “What you need, Jaxen, is a change! You should go travelling, explore new places, meet new people! I say every place becomes dreary after more than two years. Being on the move is where it’s at!”

Jaxen: “You know what, I’ve actually been thinking about it too. You always talk about the places you’ve seen Lilah, maybe it’s time for me to go have a look at some of them myself.” 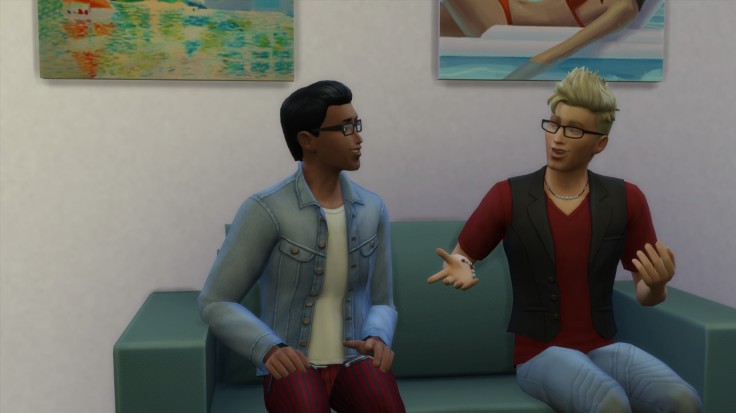 Peter: “Are you sure? Newcrest is such a great place! We have all that my family’s built, not to mention the community lots I’ll be building! You’ve grown up here, you know everyone here…”

Jaxen: “That’s precisely it, Pete. I know everyone in here! I’ve had no luck here. And… I don’t want to end up alone.”

Living vicariously through Jaxen much? 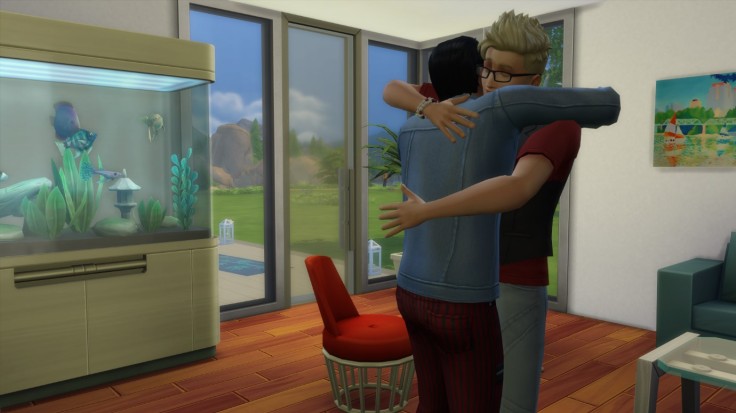 Peter, on the other hand couldn’t understand why anyone would want to live anywhere but in Newcrest. It was his home, a place full of familiar faces and places. Not to mention he had the opportunity to shape it exactly the way he wanted it to be! What could be better than that?

But at the end of the day, he wanted the best for his friend Jaxen, and if leaving Newcrest will make him happy, then so be it.

Peter: “Just stay in touch, ok? And remember you have a home here to come back to if everything goes to plum in the big world out there!”

Peter and Lilah spend the rest of the evening doing yoga. Lilah is just a touch better at it than Peter – in fact, she has now maxed her wellness skill. 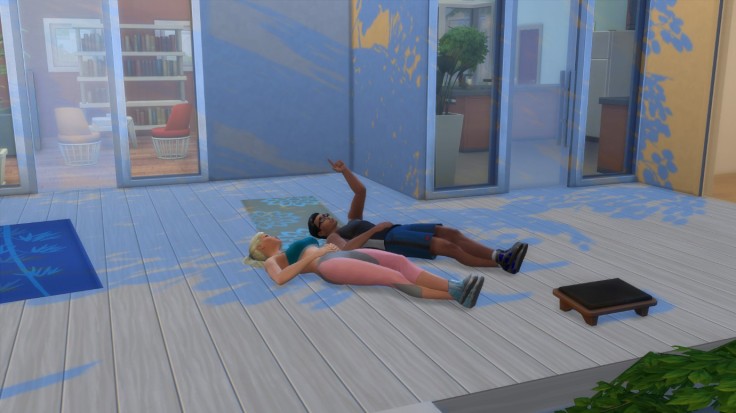 Peter: “Do you think Jaxen will be happier somewhere else?”

Lilah: “Of course he will! Don’t worry about him. I gave him tips for all of my favourite spots to visit. Not to mention those he’ll discover on his own. He’s going to have the time of his life!” 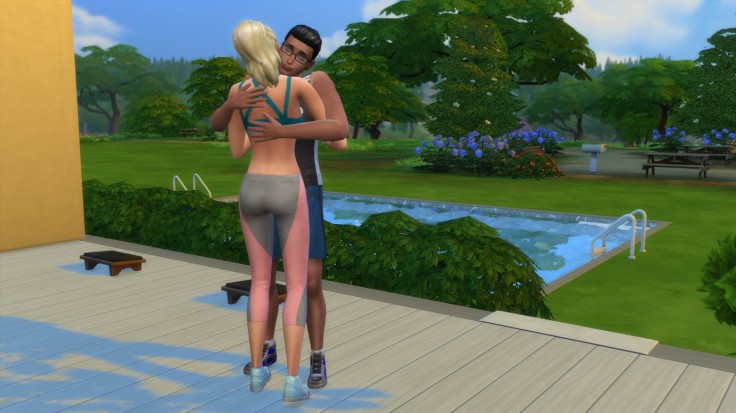 Peter wrapped Lilah in an embrace. He still couldn’t believe his luck that she picked him: “I’m so glad you’re here with me, Lilah.”

“Yeah… me too.” Lilah returns the hug briefly and then backs away.

Peter: “So… should we maybe go check out the new bedroom? It’s pretty sweet that we finally get to share one now, right?”

Lilah: “Actually I am pretty tired. Going to sleep sounds like a good idea.”

Uh-oh. I don’t quite think that’s what he had in mind…