It was getting late, but Peter seemed to be really immersed in his book. He’s so cute when he’s concentrating, Lilah though to herself. She sighed. She wasn’t being fair to him, or to herself.

“Hey,” she said gently as she sat down beside him.

Lilah: “I’m sorry I’ve been so distant… it’s not that I don’t care, but this whole huge task your family has, it’s a bit intimidating. And you know how I am, I want to do things perfectly or not at all…”

Peter smiled and hugged Lilah: “I know it’s a lot to take in. I’ve grown up knowing the family’s responsibilities, so I’ve always known building Newcrest is something I would contribute to one way or another, but it is a big deal for someone coming from the outside…”

Lilah kisses him gently: “Thanks for understanding, you’re the best!”

She knew she wasn’t completely honest with him. The thought of living in one place for the rest of her life terrified her. But he didn’t seem to feel that way at all. Would he ever understand?

She decided to put those thoughts aside for now. The two finally woohooed for the first time.

Turns out the experience didn’t just stay between the two of them.

Isaac: “You do know the new house doesn’t have soundproof walls, right?” 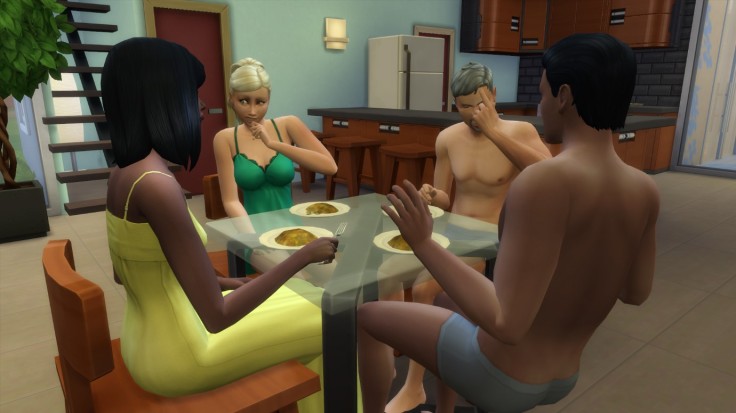 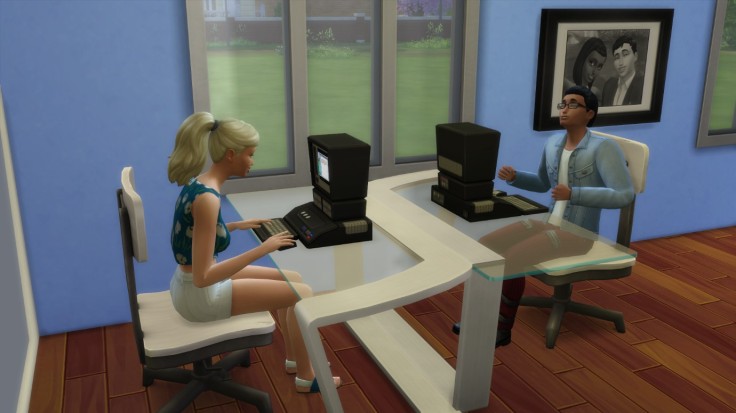 Peter and Lilah finished their breakfast quickly and went to hide write.

Ruby: “Isaac, why did you bring that up? The poor things must have been mortified!” 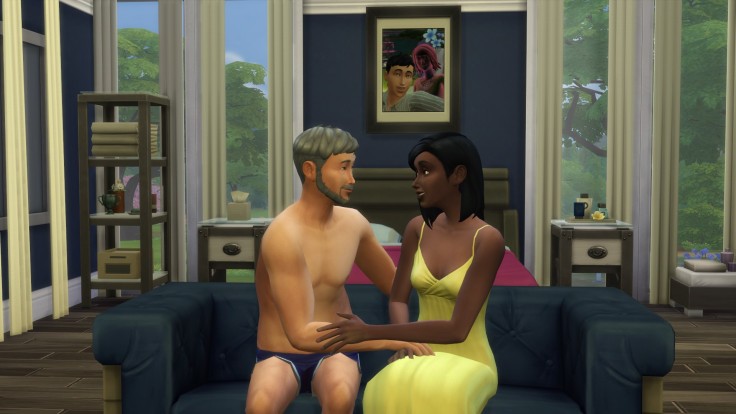 Isaac: “I know… just couldn’t help myself. It is a good thing, I suppose – I would like to see some grandchildren from Peter soon…”

Ruby: “Do not repeat what you just said to them! They’d die from embarrassment!” 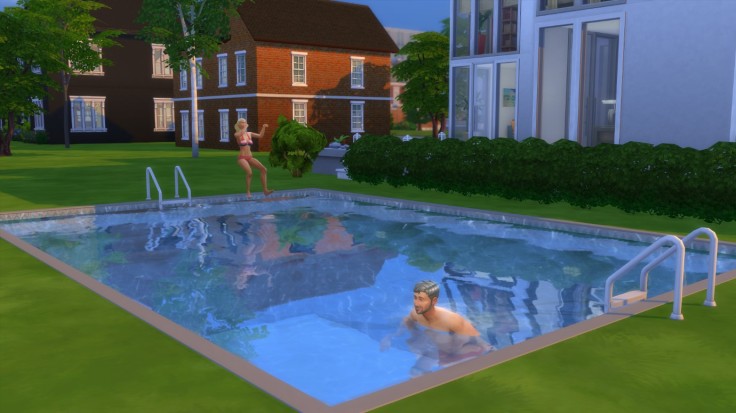 Later that day, Lilah and Isaac were taking advantage of the new pool. Isaac figured it seemed like a good opportunity to talk to Lilah – not necessarily about grandchildren… just to get to know her better. He still couldn’t figure her out.

She seemed like such a sweet person, always saying the right things, but what was she thinking? They chatted about her yoga, Isaac’s work at the police station, Peter’s writing… anything and nothing.

He stood up and went inside before Lilah could respond.

Lilah couldn’t get that last sentence out of her head. She needed to clear her mind. Surely meditation would help.

She breathed in and out deeply, and imagined flying far, far away…

To a new place to explore, where she’d never been before. She opened her eyes, and there it was. A new world. 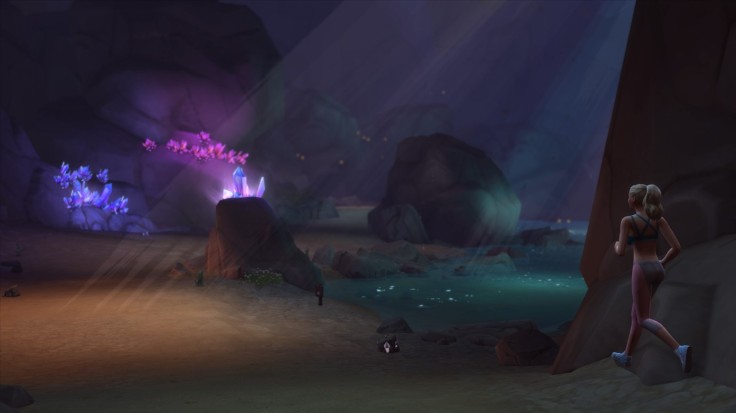 She didn’t know if this was just inside her head and she was imagining things, or if it was real and she had somehow teleported here…But she didn’t care. The familiar rush of excitement was flowing through her body, and she had to see more.

It seemed like some sort of a magical hideout. How perfect. She could just stay here for hours and reflect.

She cared about Peter, yes. He was funny, cute and more genuine than anyone she’d ever met. If he wasn’t tied to the whole building Newcrest thing, she wouldn’t have any hesitations whatsoever.

Why did being with him have to mean she would never be able to leave Newcrest? She’d never see the sand of Oasis Springs again, or the charming houses of Willow Creek. She’d never get to visit the ancient ruins of Windenburg or its beach…

Why couldn’t there be a less extreme option?

She stood up, irritated. This was all in her head, this place was meant to create a calming environment for tranquil contemplation… why was it not working?

Unless, of course, this place wasn’t just in her head. Could it be real? Easy way to find out, she thought to herself. She just had to chip out a piece of crystal. If she still has it on her when she gets back, wherever she was must really exist.

She tiptoed into the bedroom. Peter was already asleep. She placed the crystal on the floor and stared at it. It didn’t disappear. She touched it. It felt solid.

So it must have been real! Had she created that cave full of crystals? Or had it always existed, and she just opened a pathway to it? Lilah didn’t know, but one thing was clear to her. If she had done it once, she could do it again. Visit another magical world through meditation.

She could escape for a little bit any time she wanted, without breaking the rules. And who knows how many secret worlds there were? They could last her a lifetime… 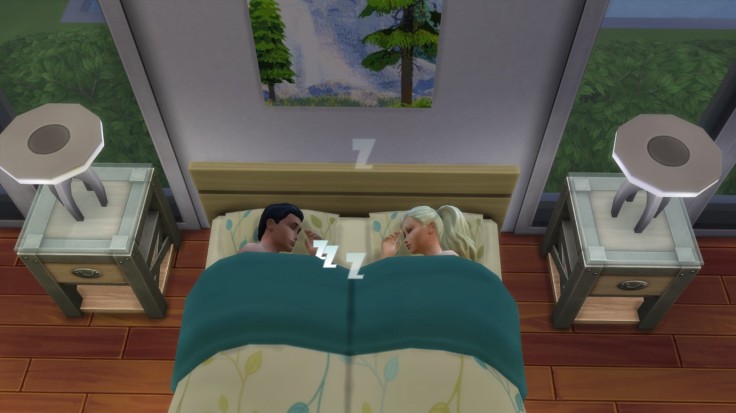 She woke up early, feeling excited. There must be so much more for her to see! She wanted to explore more. But perhaps not alone this time around. She could leave her trips alone for meditation time.

Peter: “Where are we running Lilah?”

Lilah: “I don’t know! That’s the point! Let’s go as far as we can go within Newcrest!”

They reached a beautiful meadow.

Lilah: “Did you know this was here?”

Peter: “I had no idea! How do you find these things?”

Peter smiled to himself. Every day was an adventure with Lilah. He pulled her closer and kissed her.

Lilah looked into Peter’s eyes. Yes, she wanted to travel the world… but she wanted to see it with him. How she was going to do that, she didn’t know. But it didn’t matter. 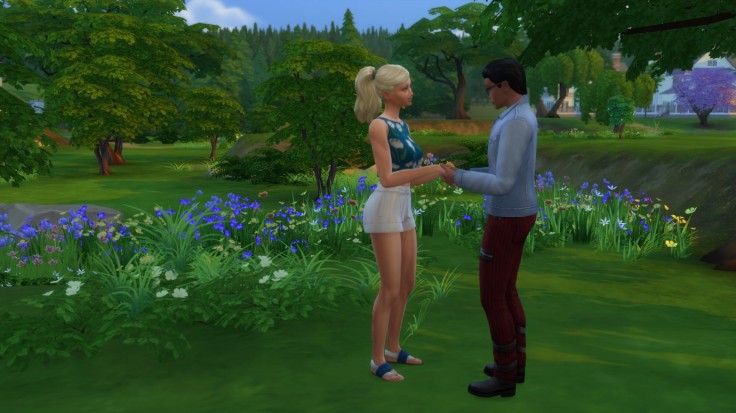 Peter: “I can’t believe my girlfriend is teaching me things about my own hometown!”

Peter: “Well, that depends… you are if you want to be.”

They’ll figure it out. I hope think.