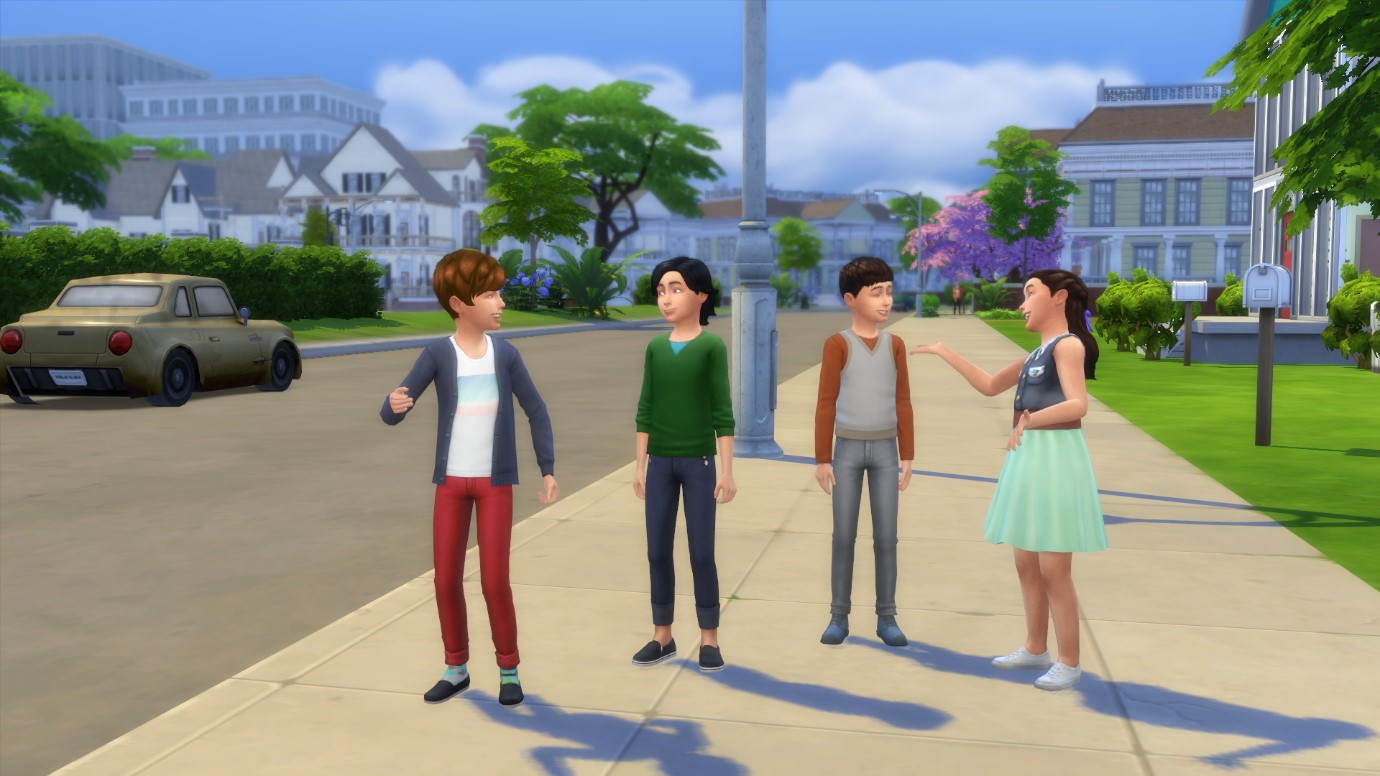 From left to right, we have Amos, a good sim who hopes to become an artistic prodigy, Skylar, who we’ve met before (in case you’ve forgotten, he also wants to be an artistic prodigy, which shouldn’t be too hard, considering he’s creative), Emery, an aspiring whiz kid and a music lover and Amelia, a genius and a hopeful rambunctious scamp.

A lot of creativity, music and art-loving going on by the looks of it – I suppose that is to be expected for children of a painter and a musician.

Erica seems to have taken up running – so that’s how she keeps her figure after having 4 kids! 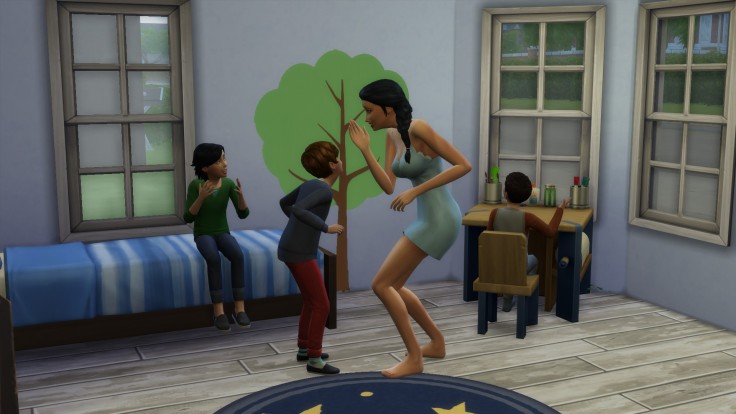 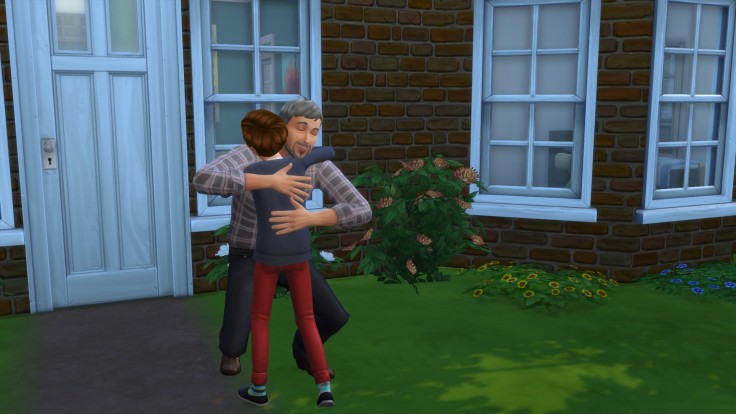 Erica: “All of their toys are upstairs. It looks a bit chaotic but they can find anything in there…”

Erica: “No sugar after 7 if anyone in this house is to get any sleep tonight… and if you need anything, call me…”

Daniel: “Or he could use telepathy!”

Isaac: “Relax, Erica. We’ll be fine. You know I’ve done this before… I have raised 4 children, after all.”

Daniel: “That’s right, you’re the man Isaac! The kids will be dancing on your shoulders!”

It’s nice to see the two men getting along better. Or reaching some type of mutual understanding (to the extent understanding Daniel is possible, that is. I’d like to hear some of his song lyrics). 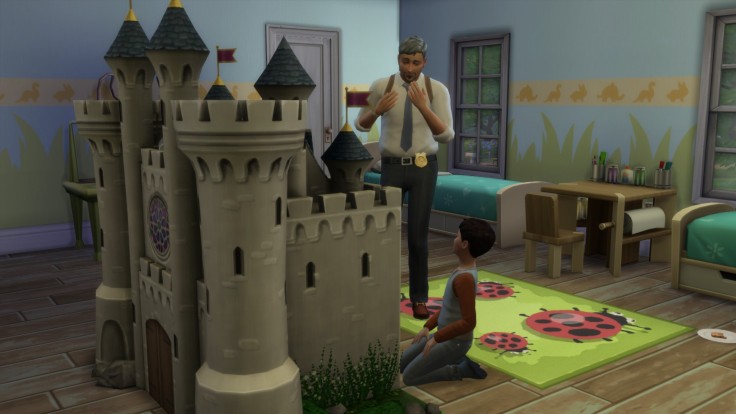 Isaac: “Hi little guy! Are you playing with your sister’s dolls?” 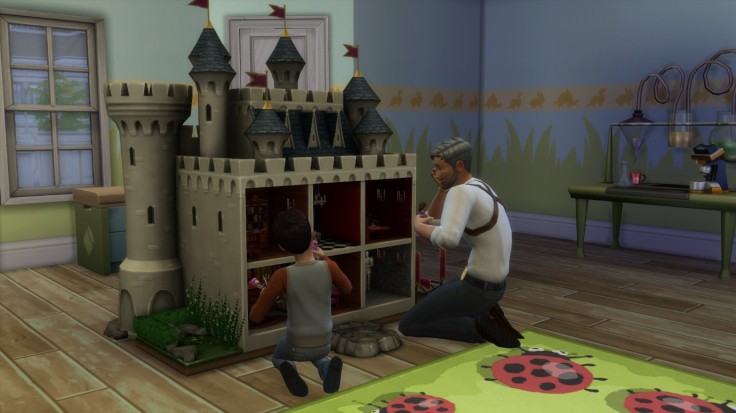 Isaac: “Of course you can have fruit parfait for dinner! Just don’t tell your mom…” 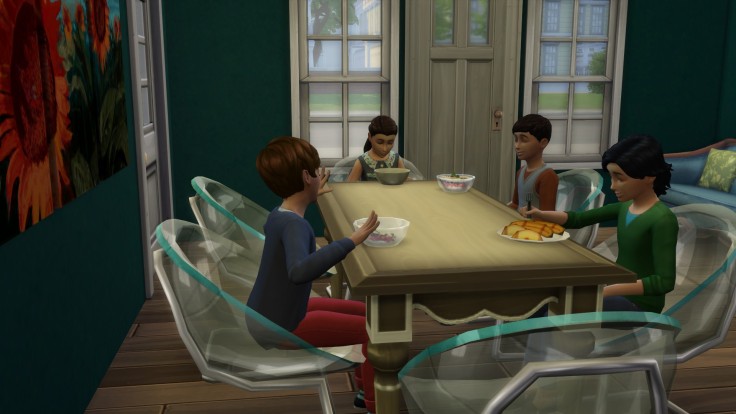 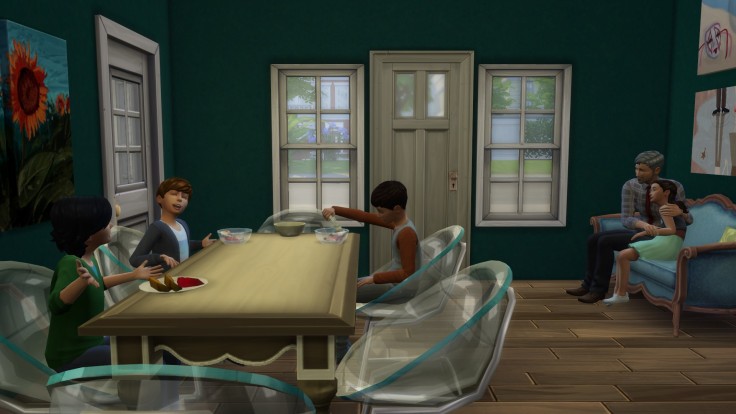 Erica needn’t worry, the rest of the evening goes smoothly and, unlike her babysitting days, nobody burns the house down. Isaac also makes sure he gives each of the children a little dose of special one on one attention.

Being a grandparent seems to come easily to him. Actually, he has it all going for him now. 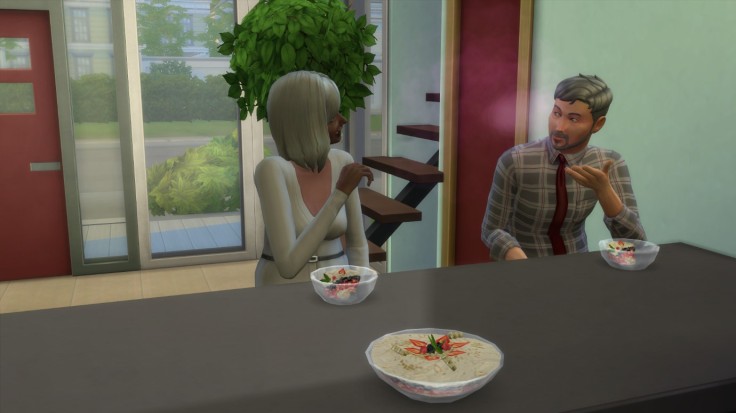 Back at home, he never fails to show Ruby that he’s still very much in love with her.

And he still makes her swoon, even after all these years.

Side note: No idea why all of my sims seem to be eating nothing but fruit parfait these days. It’s got to be the season… 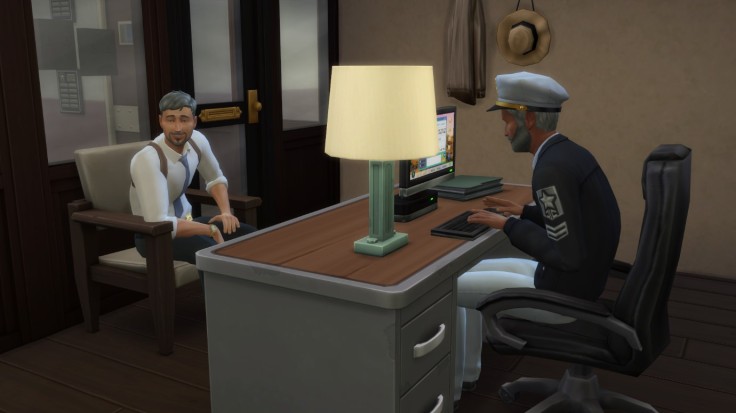 Things are going great at work too. The chief has called Isaac into his office to let him know he plans on retiring, and wants Isaac to carry the torch. He’s made it!

Of course, it wouldn’t be Isaac’s workplace without Juanita showing up every so often. (If she had any idea what her daughter is up to…)

Speaking of Juanita, her and Pace are apparently an item now. 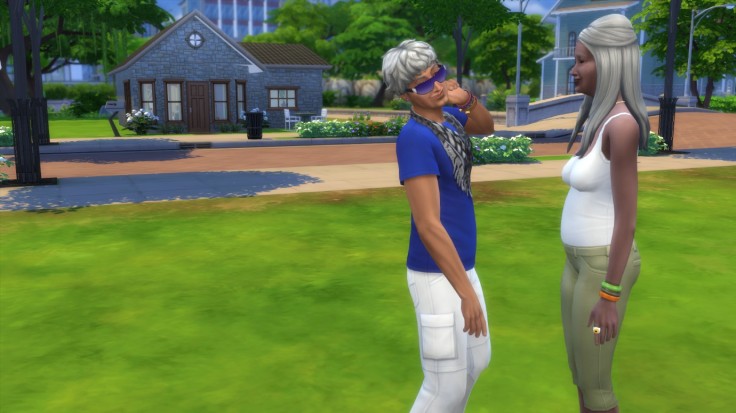 He is still rather sleazy… but Allen has been gone for a while, and a girl’s gotta eat.

Isaac smiles: “So Juanita, what do you have to report today? Has somebody said they spotted a wrinkle on your face? Because they’re lying!” 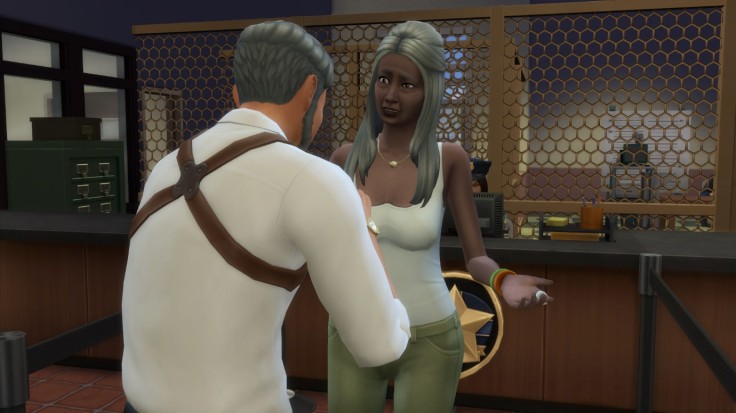 Juanita: “Nothing, actually. I just missed being around here. And I wanted to thank you.”

Juanita: “Our families have been through a lot together, and I just wanted to say… it means a lot to me.”

I never thought I’d see this day come. By the looks of it, Isaac is making amends with everyone in his old age.