Cassiel and Baato were lounging by the pool together. Cassiel was trying to take all of it in, hold on to each tiny memory of him. It could be the very last moment she was to have with him. It’s been over 24 hours since Baato received his old tribe’s message, and she knew he had to decide what to do soon.

“I’ve made my decision,” he broke off the silence, as if he had read her mind. “In your tribe, the men don’t get sacrificed or banished when they have produced a child… for instance, Daniel has bred with Erica several times and he was very much around their children.” 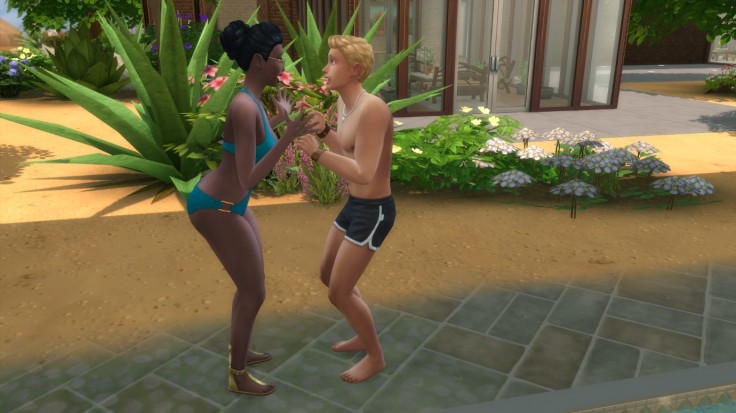 Baato: “It seems clear to me that I must stay here to fulfil my duty to the heiress then. To be a presence in the child’s life, as is customary for your tribe.”

Cassiel squealed with joy. If any of her accomplices saw her now, they would never take her seriously again. She jumped up and down, and soon enough, so did Baato – her happiness was contagious.

Once again, all was as it should be in Cassiel’s world. Well, all but the baby on the way. 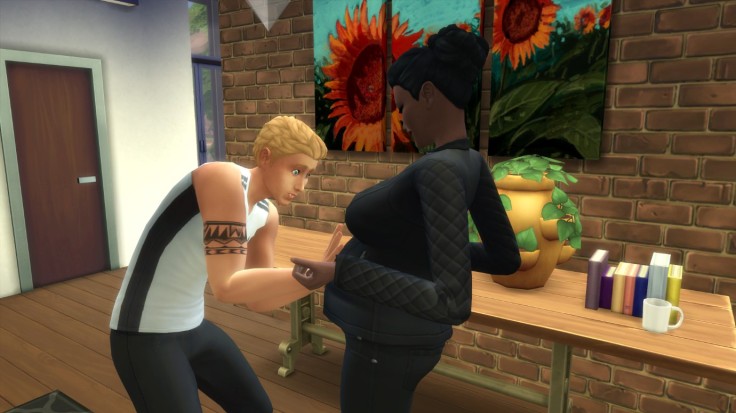 Cassiel grew bigger and bigger rapidly. Baato was astonished at the sight. Sure, he had seen pregnant women before, but this was a part of him growing inside Cassiel.

He was absolutely certain the baby would be a girl, and that she would be amazing. He got the room ready and liked to go to it sometimes, anticipation spreading through his body.

Cassiel, on the other hand, grew more and more grim and distant as her belly expanded. She hated the thing, the parasite taking over her. 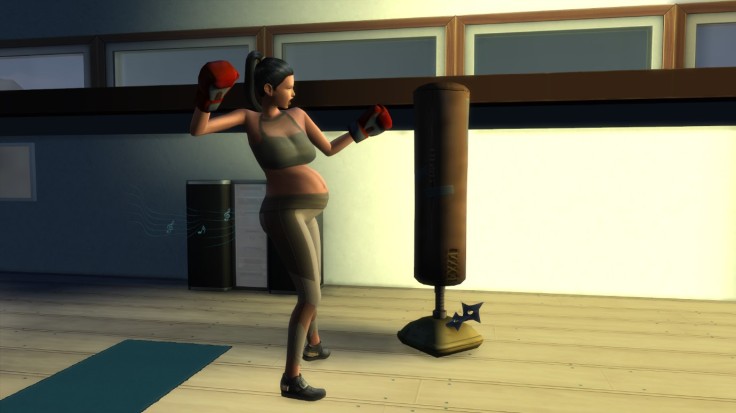 She would box until she couldn’t take the pain anymore, wanting to get the damn creature out.

The feeling was mutual, seems the monster wanted out too.

As Baato anticipated, Cassiel gave birth to a gorgeous baby girl. As soon as the birth was over, the new mother walked straight out of the room.

Baato was right there though, taken aback by how perfect the child was.

The creator heiress, he smiled. No slave Baato had heard of was ever able to see and hold their own child, and here she was, in his arms.

He was bursting with love, and couldn’t believe he was so lucky to be able to see his daughter grow up and become the leader she was destined to be. He wondered what Cassiel would name her… 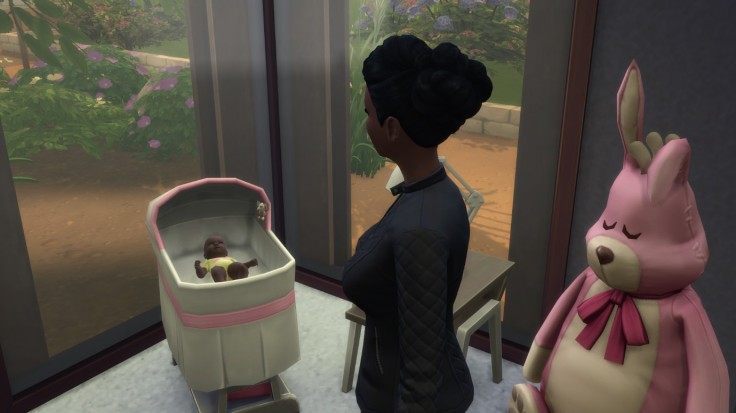 Naming the child was the last thing on Cassiel’s mind as she watched the thing with disdain. It kept crying and wanting and needing… how could anyone ever cope with these hideous beings? 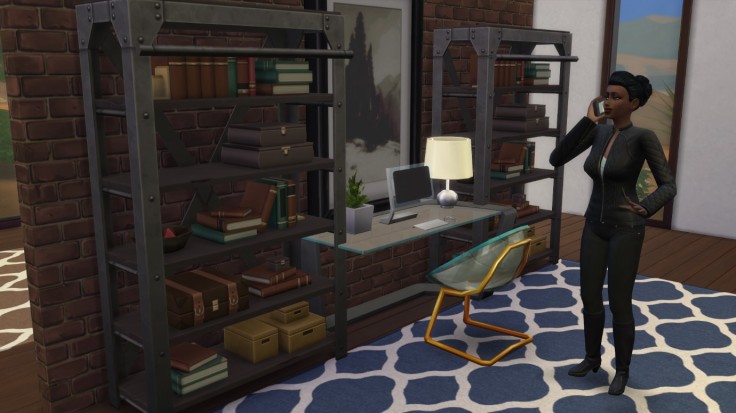 It was obvious to her what she had to do. All it took was a call…

Baato was taking a lazy nap when Cassiel’s visitor arrived. The timing was perfect.

“Forgive me,” she whispered to the sleeping man as she walked past him to go get the child.

Seeing is believing, thought Tony as Cassiel emerged in front of him, with a screaming baby in her hands.

Cassiel: “It hates me… I guess that makes us even. Take the thing off me…”

It was not the first time Meatball’s talents had been underused in utilising him as a glorified babysitter/package delivery man. He sighed. Probably not the last time either.

The child calmed down a bit in his arms, although it was still crying a little. 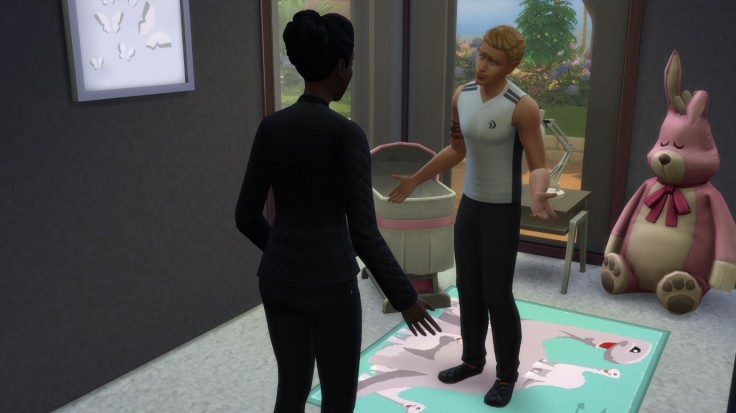 As soon as he woke up from his nap, Baato went to check in on his daughter. The crib was empty.

Baato: “Cassiel! Where is the baby?”

Baato: “Sent away? What do you mean? Where is our child?”

Cassiel: “I had her taken to Newcrest. They’ll take care of her there.” 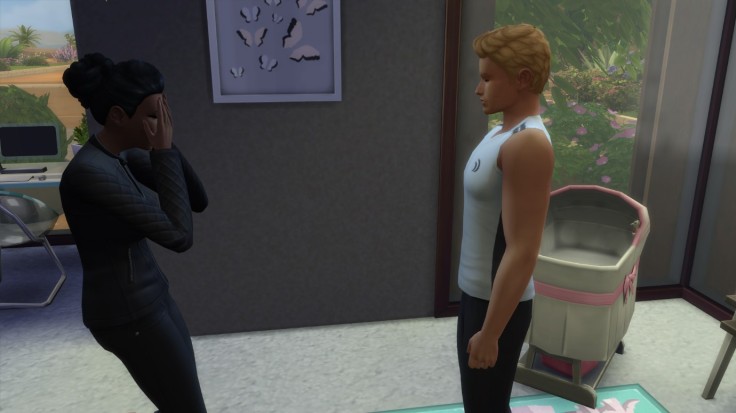 Baato: “You mean the Newcrest that we are not allowed to set foot in, thanks to you? How could you do this?”

Cassiel: “Don’t you understand Baato? She’s going to have a good life there, much better than what I could have given her. She would have grown up with me despising her, while the Bloomers will take care of her every need. Don’t you see it’s better for her that way?”

Baato just walked out of the door. Cassiel ran straight after him.

Cassiel: “Baato! Where are you going?”

Baato: “I’m returning to tribe Arayeo, to serve to my true creator.”

Cassiel followed Baato outside. Desperate, she clung on to him, refusing to let him go. He pushed her aside.

Cassiel: “Baato, please… you can’t abandon me! I am the creator!”

Baato: “You are no creator, Cassiel. Now I know that. No real creator would have sent the creator heiress away.”

And with that, he turned and walked away.

Cassiel watched his figure grow smaller and smaller in the distance. Her eyes were filled with tears, but she didn’t look away until he disappeared on the horizon. For she knew this was the last time she would see her one true love.