Chell was giddy with excitement. Her application for the role of Junior Tinkerer at Future Sims Labs has been accepted! She couldn’t wait for Monday to come!

Know grinned at her: “Congratulations! I knew they’d love you!”

Chell and Knox have been spending a lot of time together at the library. At first, it was just a coincidence, but eventually they started arranging their schedules so that they could meet up there. It was no surprise that they also decided to meet in the library café for their first official date.

They chattered away about books, just as they always did; and they discussed the latest news. Knox actually happened to be editor in chief over at the paper that Lilah worked for. Although the lovebirds didn’t feel much of a need to discuss their mutual connection at all.

They had far more important things to do! Chell tried to be responsible and end the date early so that she could get plenty of sleep before her first day of work, but she struggled to part with Knox.

It was well worth it, she thought to herself as she dragged herself to bed in the middle of the night, tired but overjoyed.

It was well worth it, she thought to herself as she dragged herself to bed in the middle of the night, tired but overjoyed.

Luckily Chell had a handy glass of sleep replacement to help her spruce up on her first day of work.

She had to get up extra early, since she had to commute all the way to Oasis Springs for her new job. The distance didn’t matter to her though. There were no science facilities in Newcrest, and most definitely not ones of such prestige as Future Sims Labs. 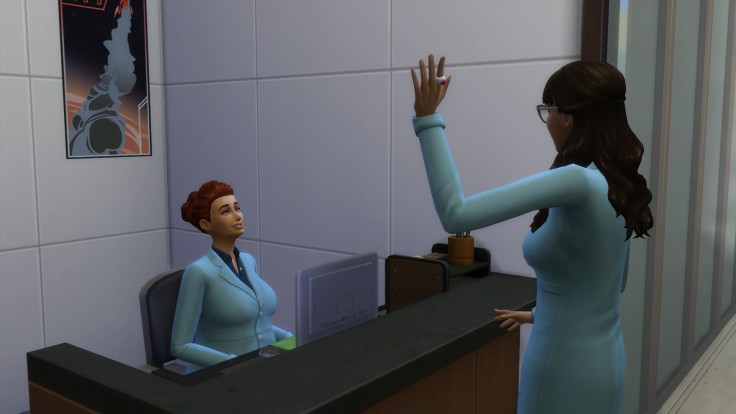 Chell took a deep breath and walked into the building. “Hi there, I’m Chell Bloomer, the new starter!”

The receptionist smiled: “Welcome to Future Sims Labs Chell! I’m Delaney. Here’s your employee badge, and let me call someone to show you around the place.

You’ll love it here. So many fantastic inventions happening every day! Just make sure to stay well away from the big boss and you’ll be golden!”

Chell hesitated. “Is the director a bit temperamental?”

Delaney chuckled: “That’s one way of putting it! Don’t worry, she mostly keeps to herself in her office. You’ll probably never even run into her anyway!” 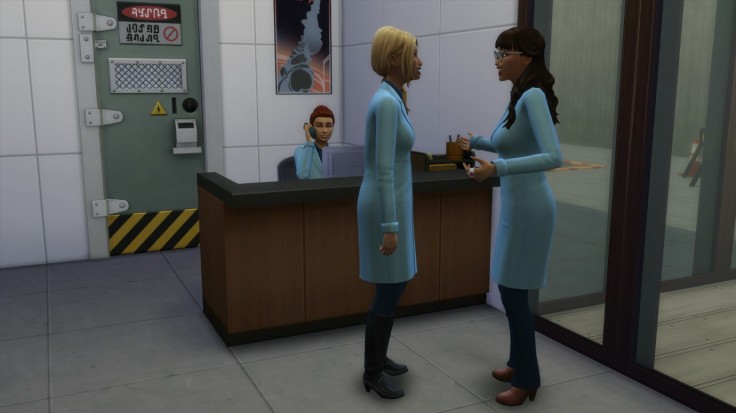 Chell was going to ask more questions about this intriguing director, but Delany had to pick up a call. A blonde woman who introduced herself as Abbey emerged from the back and took Chell on a tour of the facility. 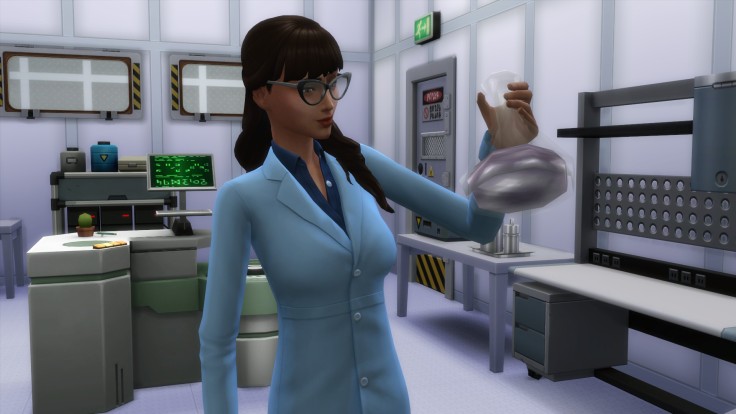 Once orientation was over, Chell was allowed to experiment. It seemed reminiscent of her childhood days at the chemistry table, perhaps just slightly less explosive.

They also let Chell operate the giant microscope, though she still needed supervision for that.

But the most exciting feature of the lab by far was the Invention Constructor. Chell let her imagination run wild, hogging the machine for hours until one of her colleagues kicked her out, forcing her to go on lunch break. Luckily, Delaney and Abbey were available to accompany her. 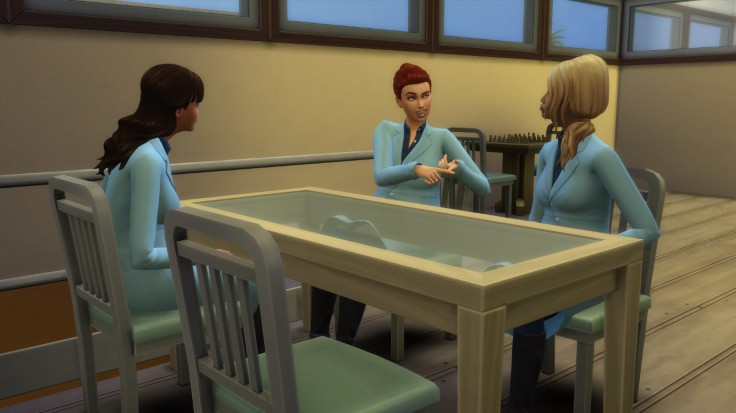 Chell: “So tell me about this enigmatic director! When I was doing my research for my application, I read that this building used to be an abandoned science lab, and she restored it to its former glory, if not surpassing it. That’s pretty impressive!”

Delaney: “Oh yes, supposedly she used to live here briefly, but her love live bombed so she decided to turn to work and bring the building back to its original purpose. Angel Peril’s love life may have been a disaster, but hey, it gave us all a job!”

Abbey: “Actually, some say it’s not her real name at all!”

Delaney: “Think about it… Angel Peril? I think it’s some sort of a twisted joke. Rumour has it she had to change her name because she was involved with some criminal activities in the past. Wouldn’t surprise me!

I mean, I’m pretty sure that not everything that goes on in this lab is strictly legal, there’s a bunch of top secret projects…” 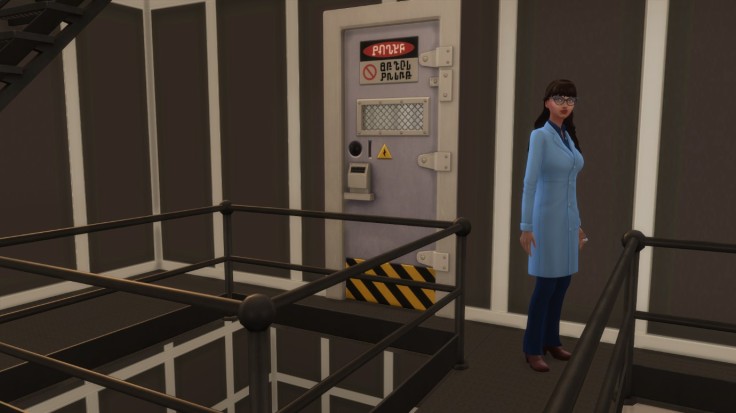 Chell couldn’t get the lunch conversation out of her head. She was so curious about this mysterious woman. When her work day was over, she tip-toed into the tower where the director’s office was.

Just a little peek through the door, she thought to herself.

She leaned towards the glass, holding her breath. As expected, the office was full of high tech machines. And in the middle of it all set the most terrifying woman Chell had ever laid eyes on. She wanted to look away, but their eyes met before she had a chance.

Chell’s knees felt very weak all of the sudden.