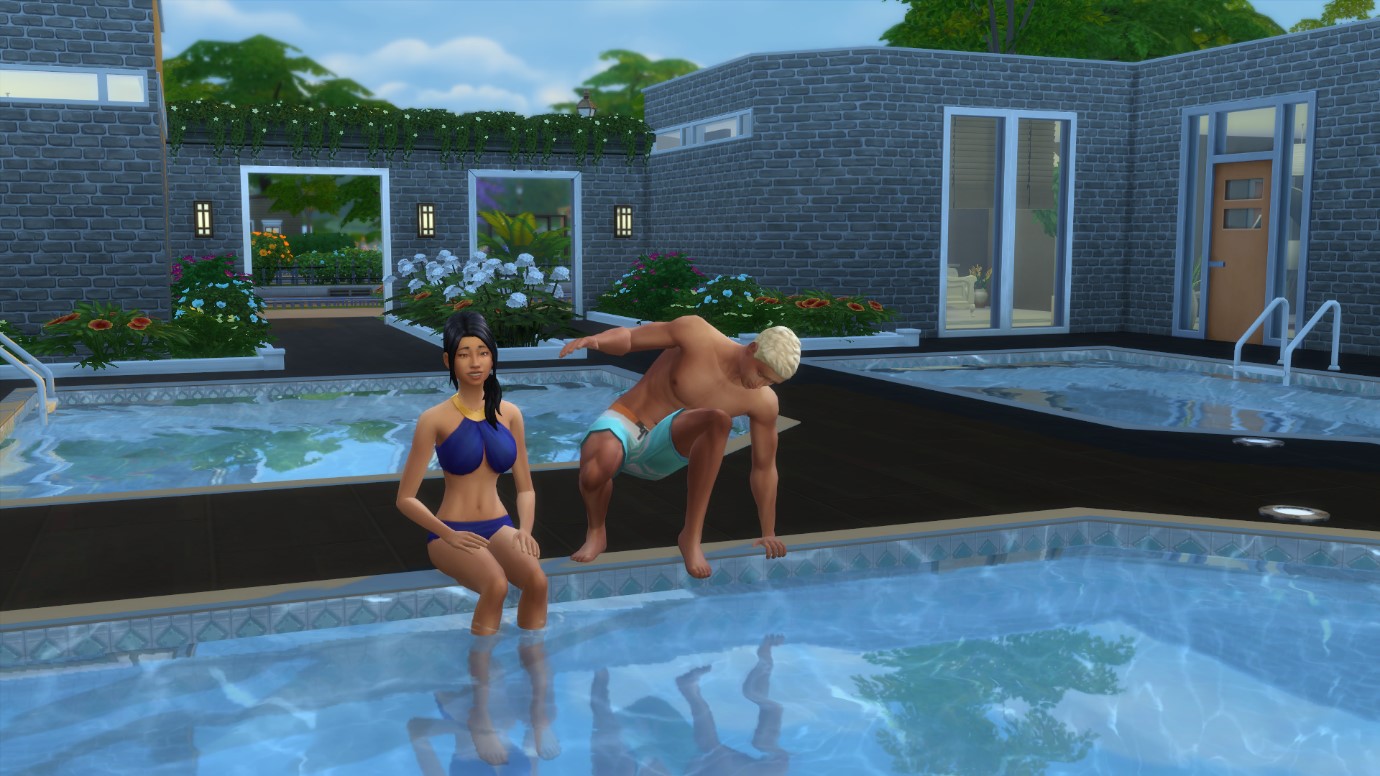 After Keiko’s outburst at the wedding, Booker approached Keiko the following day.

Keiko: “I’ve had a bit too much juice, that’s what happened.”

Keiko: “Maybe… maybe I felt like you don’t take me seriously enough. That other people’s relationships seem to be moving forward and ours is not.”

Booker: “Aww, Keiko, is this what this is about? Of course I take you seriously, babe, I mean, we live together and all…”

If growing up with two sisters taught Booker anything, it was that things were definitely not ok. He knew what Keiko wanted, but he wasn’t quite sure if he was ready for that. He was the legacy heir though, so he knew it would have to come sooner or later…

Who better to ask for love life advice than the newlyweds.

Booker: “So, how is married life treating you guys? What happens after happily ever after? How do you make things work?”

Chell: “Well, I think not that much has changed for us really. We spend time together even when each of us is pursuing our own interests and activities…”

Knox: “But we don’t forget to share thoughts, laughs…” 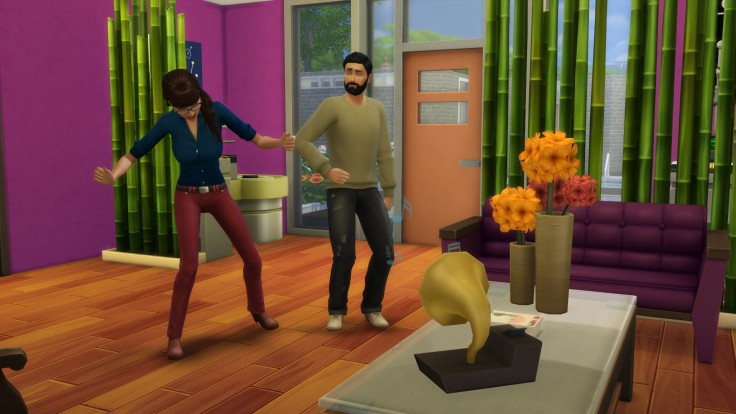 (Author’s Note: Dancing is Knox’s thing. Since he’s pretty self-reliant and is already at level 10 in his career, I let him do whatever he pleases. He’s always dancing.)

Booker liked their answers, but he felt that Chell and Knox were so peculiar he wasn’t sure if this would apply to anyone else. So he turned to his parents; they ought to know a thing or two about relationships… 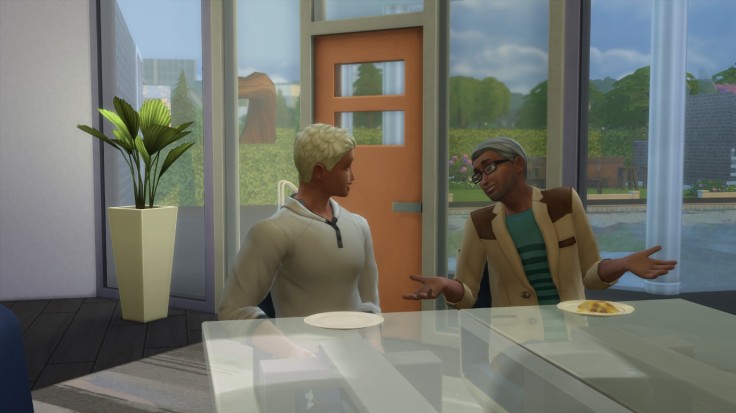 Peter: “Relationships are simple, son. When you find a woman that makes you happy, do everything in your power to make her happy.”

Lilah: “Compromise and let go, but never lose yourself. If you do it well, you might even find a whole new you. You might be surprised what you learn!” 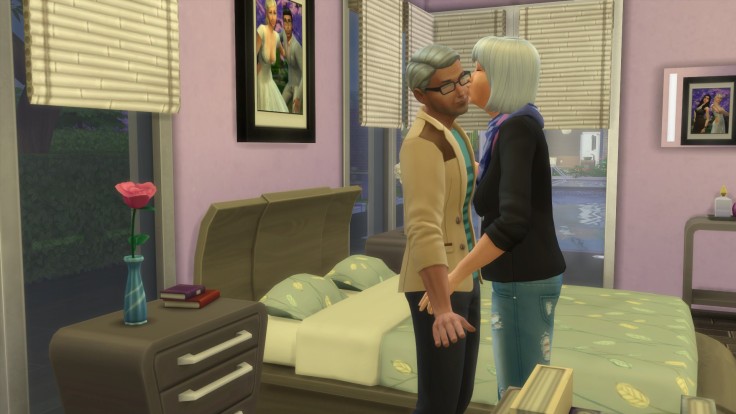 The way they said it made it sound so simple, but what they were saying seemed far from it. Then again, this was Booker’s parents. He could see their relationship, the stable rock that couldn’t be threatened by anything… They’ve probably never faced any major relationship doubts, Booker concluded.

And so, he went to someone who knew a lot about doubts, to ask them about what happens once you make a commitment to another person… 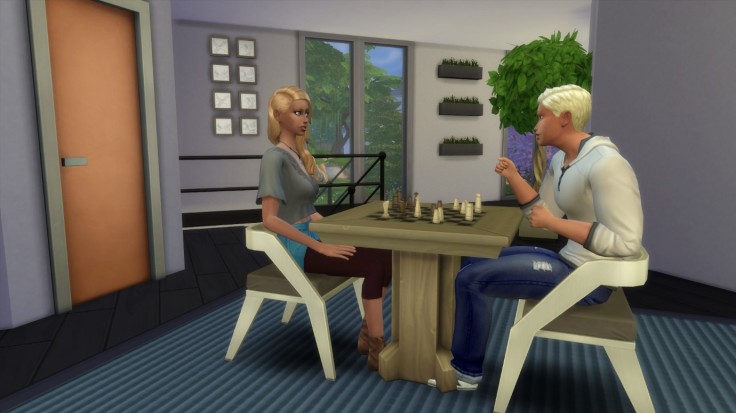 Yenn: “Are you serious? What are you asking ME for?

It was true. Things between Ethan and Yenn were rather rosy. She’d been spending many of her evenings over at Ethan’s little house, happily forgetting about everything else.

Ever the romantic, Ethan liked to treat her like a queen, and would often have a whole special evening planned for her. He’d dress up nicely, greet her with a rose, cook a delicious meal…

Was this man even real?

Yenn felt so comfortable with Ethan she eventually had her first woohoo with him.

And while she didn’t have any comparison, she thought it was quite spectacular.

She smiled to herself as she prepared some pancakes for breakfast the next morning. For the first time in a long time, she wasn’t feeling tense or antsy or unsure. She was just… happy.

He made her happy.

Booker: “Earth to Yenn! You haven’t said anything for the past five minutes!”

Yenn: “Shush, you want my advice or not?”

Booker: “Go on Yenn, what happens after that fairy tale moment?”

Yenn: “I guess I might be as close as I can ever hope to get to a happily ever after, but I haven’t got the slightest clue what might be next… And neither will you, unless you take a risk.” 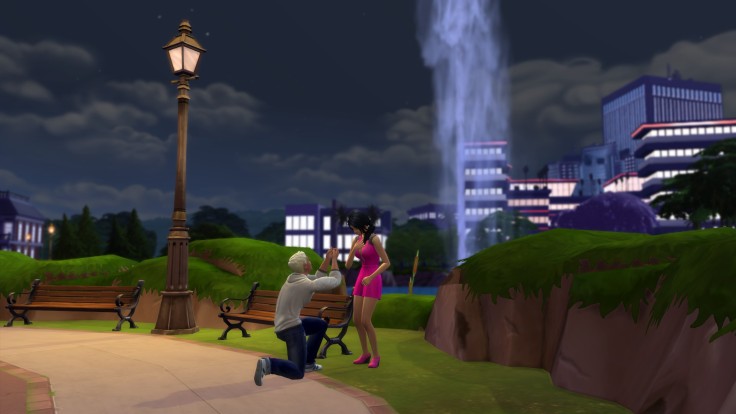 If the most non-committal person he knew was suggesting that he should take a risk, so be it. Booker took the plunge.

Keiko: “Ooh, my beautiful ring! It’s so expensive, and it’s all mine!” 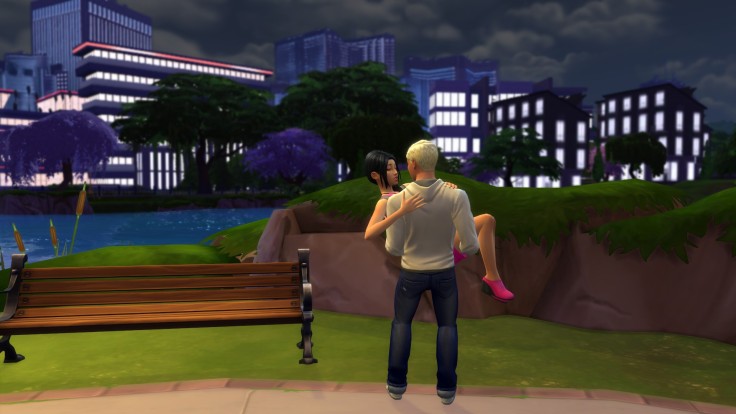 Keiko was materialistic, childish and an attention seeker. But in spite of knowing all that, Booker didn’t want their relationship to end. And there he had his answer.

12 thoughts on “The Bloomer Legacy: 4.10 What Happens After Happily Ever After?”