“The neighbours have a snow creature, but I’m not sure if it’s a snow monster or a snow person,” Monty explained.

“I suppose we better go have a look,” Yenn smiled, as Monty dragged her out of the house.

“He looks pretty friendly to me,” Yenn said. “What do you think?”

“I thought so too! Can we keep him? I’ll be really good, I promise!”

“I don’t think we can, Monty,” Yenn told him. “Snow people tend to be attached to their houses, and the sims that live in them. But we can make our own!”

And so they made the best snow creature of all, a snow unicorn.

“He’s the best,” Monty wrapped his arms around the snow unicorn. “I love him so much!”

“Now Monty, don’t hug him too much or he’ll melt,” Yenn warned the boy. “Snow creatures can’t cope with the warmth of sim bodies for too long. And speaking of warm, our pancakes will be cold by now!” 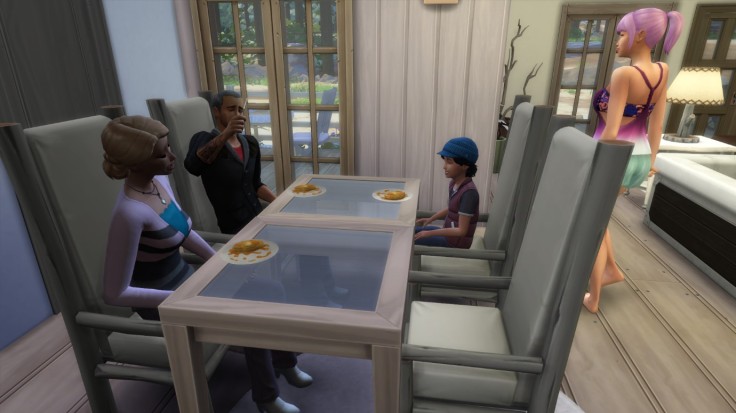 “Sorry I overslept, guys,” Liv walked into the room sleepily.

“Don’t worry, you haven’t missed much,” Yenn smiled. “We haven’t been up for that long either.”

“I’m sure the snow unicorn would love to meet your mom after breakfast,” Ethan said.

“I can’t believe I haven’t met the snow unicorn,” Liv hugged her son. “Will you introduce me?”

“Of course,” Monty agreed. “He’s really friendly! What do you want to do afterwards, mommy?”

Liv smiled: “How about we go to the woods to explore?”

“I’m sure aunt Yenn and uncle Ethan could use some alone time,” Liv continued.

(Let’s say the pool is heated… because I said so.) 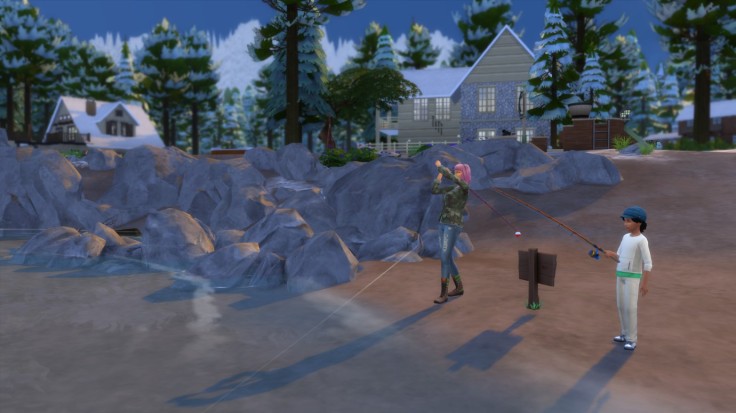 Liv and Monty spent some time with the snow unicorn and they went fishing afterwards. This turned out uneventful, so they continued their exploration…

The sim in the bear costume stared at her curiously. Surely it wasn’t an actual bear, right?

The bear suddenly moved as if to tackle her: “Roar! I’m going to eat you!”

“What the plum?” Liv cursed, confused.

“Hey, get away from my mommy, evil bear,” Monty shouted. “I wasn’t afraid of snow monsters, and you won’t scare me either!”

The “bear” backed off and muttered to himself as he walked away: “Where is everybody’s sense of humour?”

“Thank you so much for saving me,” Liv kissed her little boy’s cheek. “You’re my hero!”

“Any time,” Monty grinned. “Mommy… what does plum mean?”

“…and so I saved mommy from the bear, all by myself,” Monty bragged.

“That does sound pretty impressive, buddy,” Ethan nodded. “Your mommy is lucky to have you.”

They finished all had their dinner in the woods, and headed back to the cabin.

After an eventful day full of making friends with snow creatures and fighting off bears, Monty was exhausted and needed his rest. Liv put him to bed and offered to read him a story, but he fell asleep before she even finished reading the first line.

The grown-ups gathered around the fire. 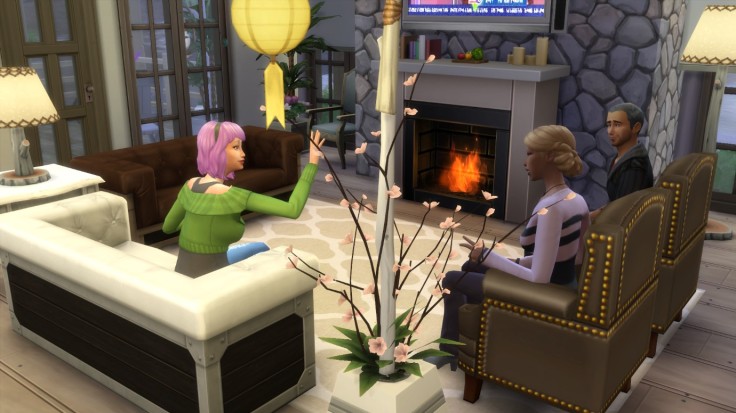 “Sounds like you had a good time at the pub last night, Liv,” Yenn chuckled at Liv’s description of her bottle juggling escapades. “Are you going to join them for that game of cards tonight?”

“Why not? Monty’s asleep already, it won’t make a difference to him,” Ethan pointed out.

“And as for me and your aunt, I’m sure we can find something to do,” he continued.

And so Liv headed out to the little cabin bar again. It did feel nice to go out new people, and act her age again.

Brentley the bartender was nowhere to be seen. Turns out he ended up switching his shift last minute. Liv was just about to leave when…

“You came!” A voice behind her exclaimed. 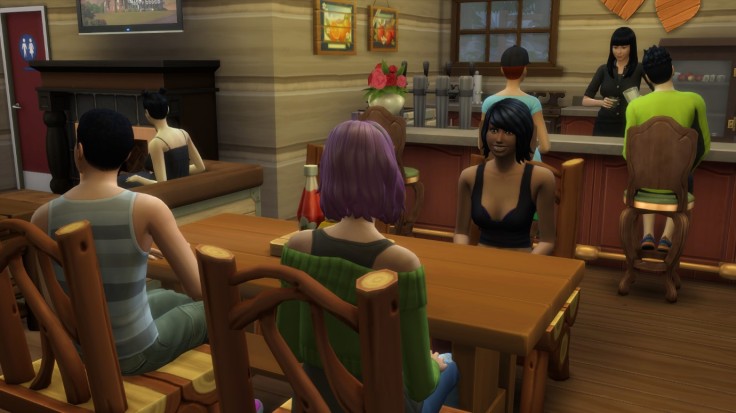 It was Julianne, who seemed overjoyed to see Liv again: “I knew you were just bluffing when you said you had a son!”

“I wasn’t,” Liv frowned. “His name is Monty, and he’s only just grown into the child stage a couple days ago. Why would I lie about something like that?”

“I’m sorry, I was out of line,” Julianne’s face fell. “I just had the impression you weren’t interested in men, so when you talked about getting pregnant, it surprised me. But I must have been mistaken. Anyway, Monty is a lovely name. What is he like?”

“He’s the most amazing little boy in the world,” Liv softened. “I know all parents say that about their kids, but he really is.” They laughed.

“He’s so inquisitive, and brave, and has such a big heart! And he… I must be boring you,” Liv realised.

“Not at all,” Julianne replied. “The way you light up when you talk about him makes you even more beautiful. You do know you’re beautiful, Liv?”

Liv was taken aback by how direct this woman was. Of course, she was older, so she had more experience, but she seemed so confident…

“I hope I’m not making you uncomfortable,” Julianne noted.

“No, of course not… I just…” Liv stumbled over her words. She must be sounding like an idiot to Julianne, she thought. “For the record, I’m not uninterested in women.”

And so they danced. Dancing didn’t require talking, which made Liv feel less uncomfortable. And of course, the juice helped. 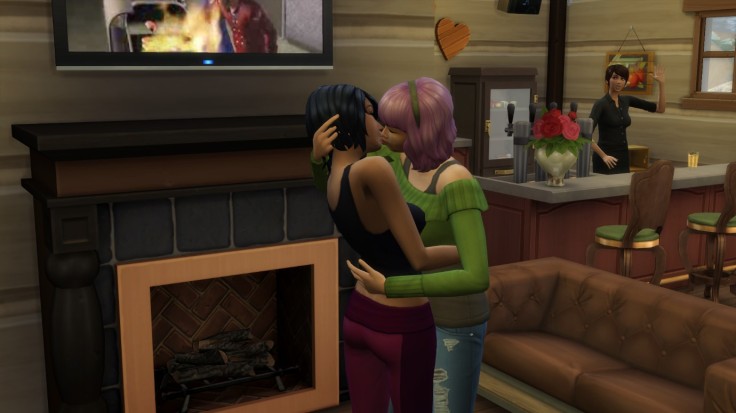 It helped a fair amount, in fact.

“We’ll be out of your hair, Lucy,” Julianne called back.

“Well, that’s been a great night,” she said to Liv on their way out. “And correct me if I’m wrong, but I don’t think either of us wants it to end quite yet.”

Liv hesitated. She knew she should go home, but she couldn’t deny Julianne was right.

“My cabin is just a short walk away from here,” Julianne said nonchalantly.

Before she knew it, they were in Julianne’s bedroom. Liv had a million thoughts in her head, but she didn’t know how to formulate any of them.

“I understand, you have many responsibilities, you have your son to think about,” Julianne held her hands. “But nothing in your life has to change because of one night. Only your outlook. I can see you’re lost. I can help you find you.”

“What I was going to say is that I don’t have a lot of experience with this,” Liv said quietly. 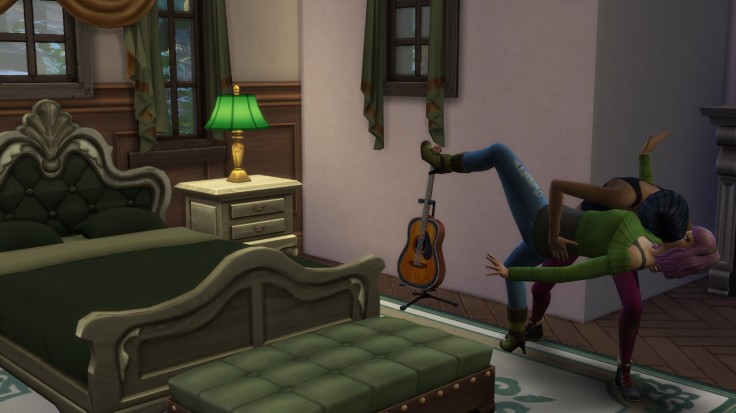 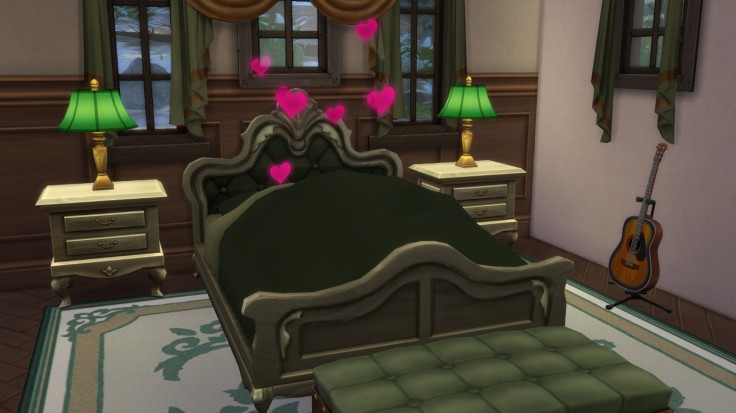 Getting caught up in the moment was wonderful, the woohoo was amazing and did answer a fair few of the questions Liv had about herself. But once the juice started to leave Liv’s system and she was thinking more clearly again, it just made it all the more obvious how little she knew about Julianne.

“Well, um,” Liv was feeling more awkward by the minute. “Thanks, Julianne, for everything. It was uh, nice to meet you.”

“Anytime, sweetheart! It was my pleasure,” Julianne laughed. It made Liv cringe a little.

She went to check on her little boy as soon as she got back to the cabin. He was still sleeping.

She definitely was gay. There was no denying that. Last night’s experience was nothing like the woohoo with Malakai, in spite of the fact she’d known Malakai for years and cared about him, and Julianne was a stranger.

Also, whether she did have a talent for mixology or not, she really enjoyed having a go at being a bartender. And the whole atmosphere of the pub was wonderful, locals mixing with newcomers, all getting to know each other. There was nothing quite like it in Newcrest. Luckily, Liv was the person to change that. 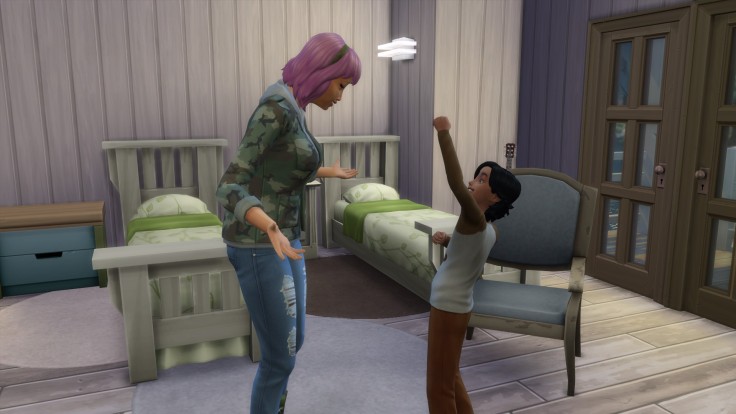 Monty woke up and looked up at her; “Mommy? Good morning! Are we going to go look for more snow monsters today?”

While some things were about to change, some never would. Liv knew that no matter what, Monty was always going to be the most important person in her life.