Newton settled into one of the starter homes in Newcrest, ready for things to take a new turn. He finally came to a decision in terms of his dilemma between pursuing a career in sports or music; while he still enjoyed jogging and frequent gym visits, his first love going sour inspired a fair few songs that were begging to be released into the world.

And so Newton headed to the nearby park to perform, as any respectful amateur entertainer would.

He found the perfect spot right by the trash bin and several dirty dishes; he felt that setting complimented the raw emotions of his lyrics.

Against all odds, it appeared he got himself a fan.

“I just wanted to say that I really connected with your song Threw me out like garbage,” the (crazy?) fan said.

“Oh really?” Newton was shocked. “I did pour a lot of my soul into that one…”

“It really shows,” the woman nodded enthusiastically. “I’m Mara, by the way.”

“Newton,” he smiled. “Do you live around here? I just moved to this part of Newcrest, in fact, I’m having a house warming party tonight. I would love for you to come!” 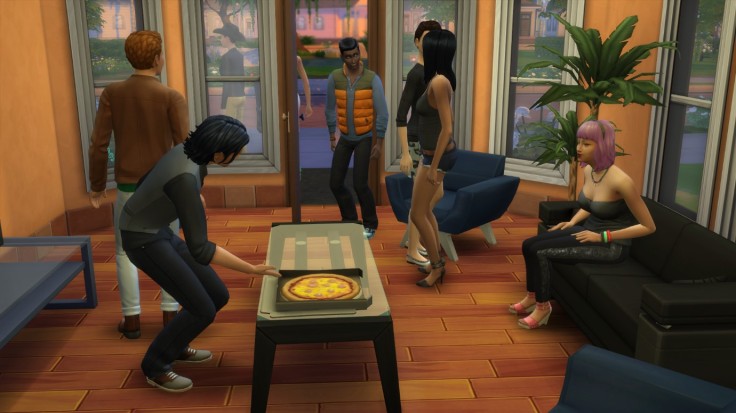 Naturally Mara was delighted to attend her new favourite musician’s party and get to meet his friends.

“Well hello there,” Malakai stumbled into Mara as soon as he walked through the door. “The name is Malakai, and you are exquisite!”

“Hey Mal,” Liv interrupted them, “I need to talk about our son with you.”

“Oh, err, I’ll give you two some space,” Mara wandered off.

“Is something wrong with Monty?” Malakai asked, puzzled.

“I may have lied a little,” Liv muttered. “But listen, you can’t hit on this girl!”

“Aaaah, I get it,” Malakai’s face brightened. “Do you want to hit on her?”

“No! I don’t feel an urge to try to chat up every single girl I see,” Liv laughed.

“Oh really? I do,” Malakai smirked. “It’s only wise, given the success rate…”

Liv rolled her eyes and chuckled. 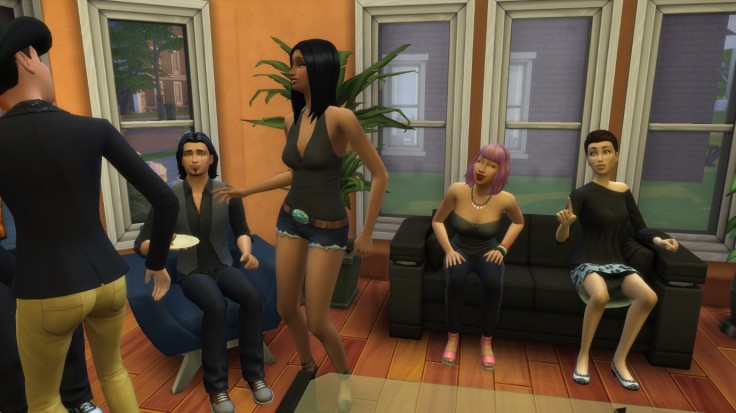 She did, as a matter of fact, take an interest in Mara, and spent the majority of the party observing her every move. But it was not for the reasons Malakai was suggesting.

Liv had seen that look on Newton’s face before. He was long gone. Thanks to his romantic trait, Newton fell quickly and hard.

And Liv was determined to prevent this fall ending by her cousin hitting the ground. 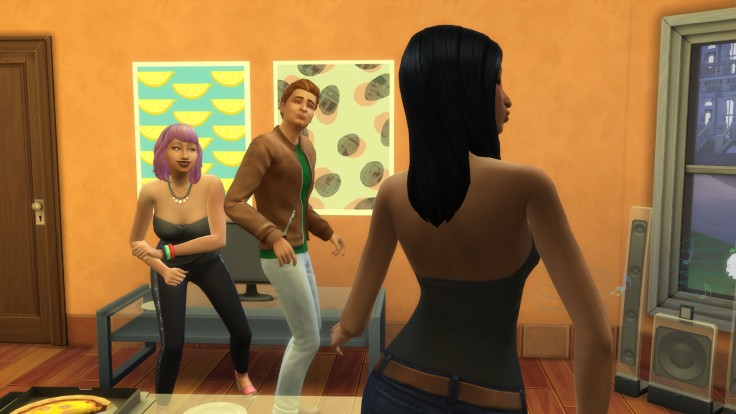 Sadly, most of the party guests were not particularly helpful when it came to Liv’s investigation.

“Hey Liam, what do you think of Mara?” Liv whispered.

Soon enough, the party was over and everyone bid their goodbyes; it was a Sunday evening after all.

“Thanks for inviting me,” she said chirpily. “I had a great time getting to know you and your friends.”

Mara shook her head: “Let’s not overdo it for one night, shall we?” She headed for the door.

She turned around and waved at him: “Hey Newton… ask me out, will you?”

A smile crept back onto Newton’s lips.

He took her to the gym for their first date, of course. It was Newton’s favourite venue in Newcrest.

“This meditation corner really seems to have a lot of energy,” Mara said eagerly.

“I think so too,” Newton replied as he gently took her hands. “It’s a special place… because you’re special.”

He drew closer towards her, leaning in for a kiss…

“Holy cow plant,” Mara jumped away and continued to move further and further away from him.

“It’s not you,” Mara interrupted pointing behind Newton. “It’s the reaper!”

Of course you can count on Grim to kill the mood (yay puns!).

Grim: “I don’t know what you’re talking about, I’m just here for a casual workout and a bit of meditation, just like everyone else…” 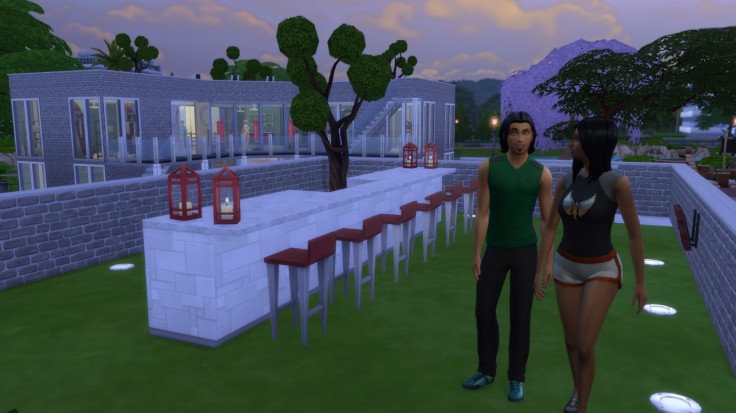 Newton and Mara decided to retire to a more reaper-free area of the gym.

A bar, a hot tub, some romantic candles, the sunset…. What could possibly go wrong? 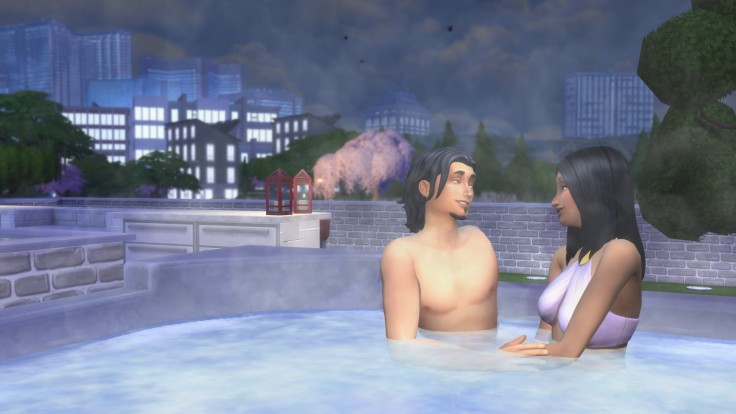 The two of them settled into the hot tub as they started to recover from their encounter with Grim.

“So, what were you going to say Newton?” Mara lightly touched Newton’s arm.

“Mara, I haven’t felt the way I feel around you in a while,” Newton started. “The time of the sad songs is over, now I want to write songs about you.”

Mara blushed and leaned in closer. Finally, the first kiss was about to…

“Hey there, love birds,” Keiko jumped into the hot tub.

“Well, technically we’re only related through my ex-husband,” Keiko took a long gulp from her drink. 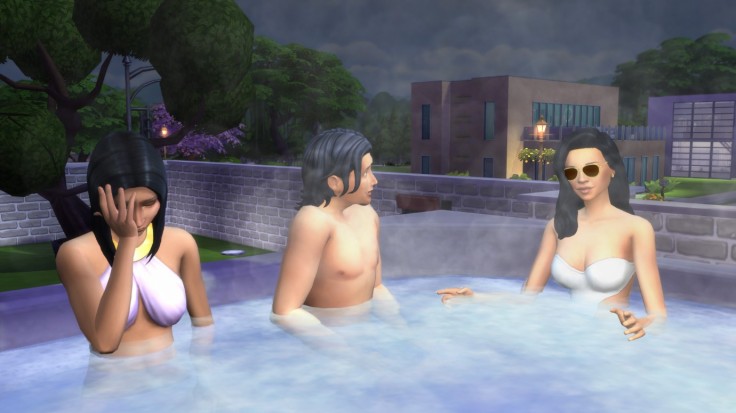 “That’s life for you,” Keiko continued, “one moment it’s all hot and steamy in the hot tub – in this very hot tub, I might add – and the next thing you know is you’re getting a divorce because you can’t stand to be around each other.”