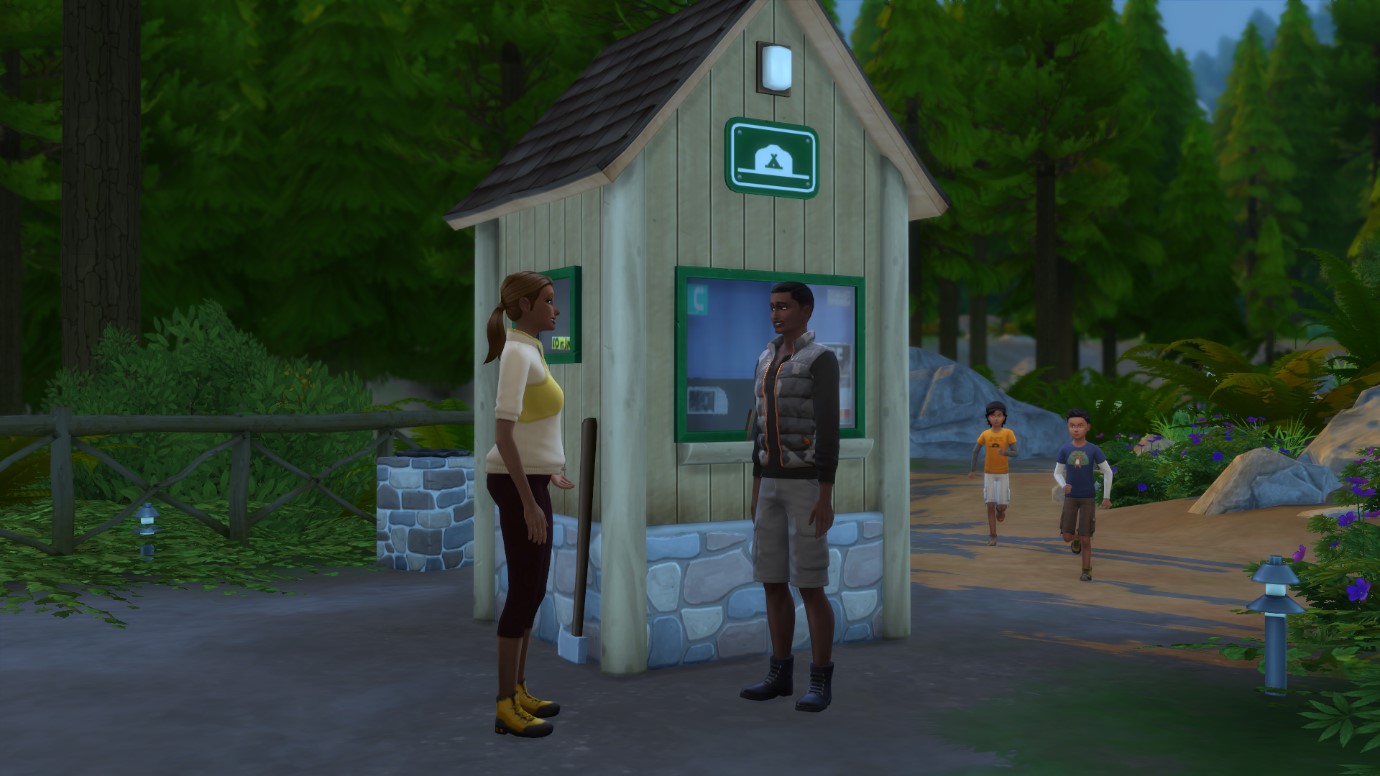 With the Bloomer household distraught by the loss of Ethan, Malakai and Liv agreed it would be the best for Monty to get away from it all. So Malakai took Monty on the long-planned camping trip with Janet and her son Tylor. 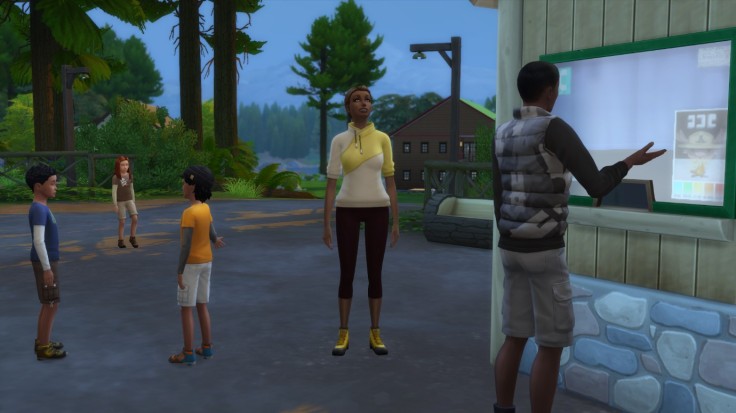 As everyone waited for Malakai to get supplies, a little girl approached them.

The little girl looked at him with interest: “You’ve been here before?” 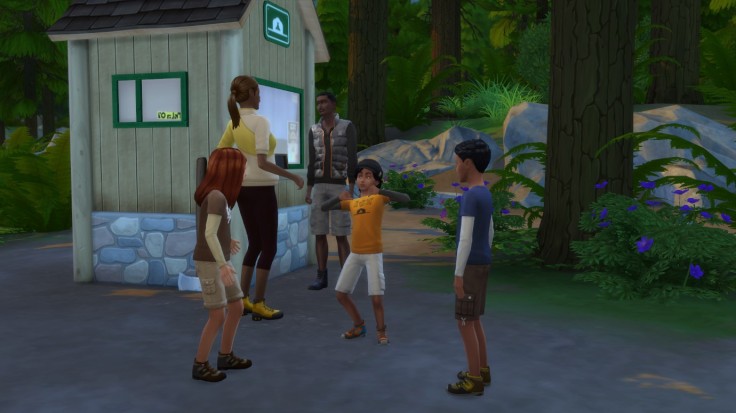 “I’m Monty,” Monty introduced himself, “and this is Tylor, my sidekick!”

“I’m Scarlet,” the girl smiled at both of them. 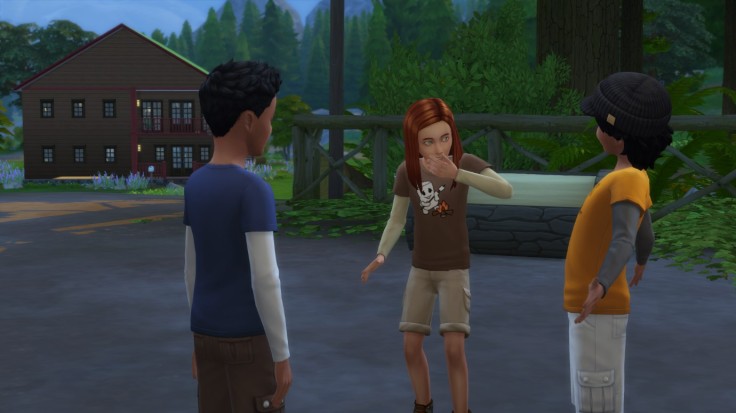 “I guess,” she pondered. “Though my hair is more ginger than scarlet. Please don’t call me ginger though!”

Tylor smirked: “My mommy says you should never reveal your weakness. If you didn’t want to be called ginger you shouldn’t have said that…”

“We won’t call you ginger,” Monty interrupted. “Don’t worry about him, he’s just the sidekick.”

“I’m going to have to go find my mommy and daddy, we’re leaving today,” she told them.

“Bummer,” Tylor shrugged. “Where do you live?”

“Newcrest,” she called over her shoulder as she ran off.

Tylor grinned at his friend and poked him: “Newcrest. Less of a bummer, I guess.”

“Look at them,” Janet beamed happily. “I just love Granite Falls. It’s good for the mind.”

“Have you been here before?” Malakai asked.

“I’ve taken Tylor here countless times,” she nodded. “After the breakup with my ex. It was good for clearing my head… anyway, I guess we should set camp.” 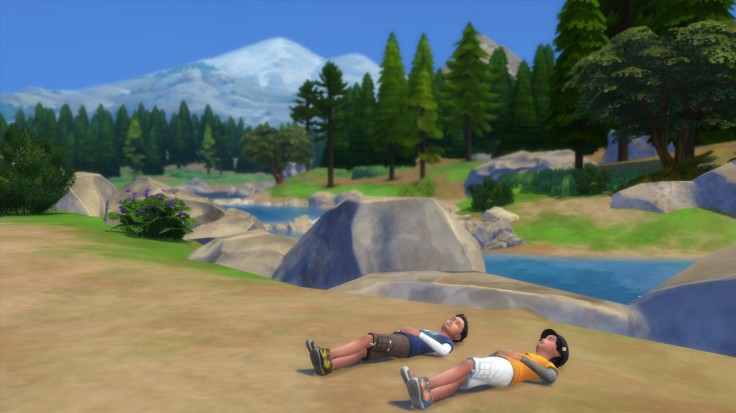 “So when my daddy and your mommy get married, where are we going to live?” Monty pondered.

“Oh, you should come live in our house, it’s huge,” Tylor enthused. “And we have a pool!”

“Neat! Though I’m still going to be at my mommy’s most of the time anyway. She’d be too sad if I wasn’t,” Monty said.

Tylor was intrigued: “Is your mommy like my mommy?”

“Not at all,” Monty laughed. “But that’s good, isn’t it? I mean, they’re two people. What would be the point of there being two people if they were the same?”

“Selfie time,” Malakai pulled Janet towards him. “I need proof that I’ve managed to set it all up – with your invaluable help, naturally – or Liv’s not gonna believe me!”

Janet opened her mouth to say something, but she changed her mind.

In spite of all of her trips to Granite Falls, Janet never understood the purpose of the constant presence of people in bear costumes. She chewed her meal awkwardly as one of them tried to make small talk with her. Monty came along with his dinner plate.

“If you want help with the bear, I can protect you, Janet,” Monty offered. “I saved my mommy from one of them the last time we were here!”

“I sense I’m not welcome,” the bear grunted and left them on their own.

“Thanks Monty,” Janet smiled at the boy. “You’re very brave. Your mommy is lucky to have you.”

“She says that too,” Monty agreed happily.

“So, tell me about your mommy. What is she like?”

“Well,” Monty paused thoughtfully, “she’s really cool. She is really pretty, and smart, and funny. She can juggle bottles. And she has colourful hair!” 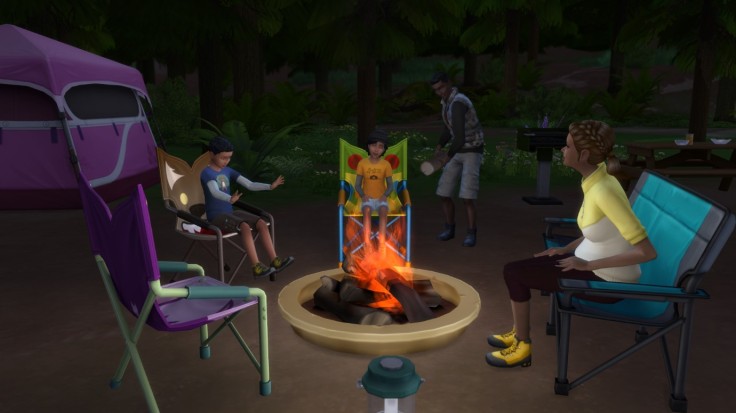 They spent the evening around the fire pit, with Malakai attempting to tell scary stories with varying degrees of success. Eventually, it was time for the boys to go to sleep.

“I’m really excited that we’re sleeping in tents,” Monty said blissfully. “Did you know my great-great-great-grandpa lived in a tent? Aunt Yenn told me!”

“Yeah,” Monty nodded. “She knows lots of stories about our family. Though she’s not been talking much lately. She just cries, because she misses uncle Ethan.”

“Oh,” Janet felt a sudden urge to dig herself into the ground. “I’m sorry.”

“Me too,” Monty replied. “I wish everyone could live forever.”

“We all do, buddy,” Malakai hugged his son. “How about we try to find your aunt Yenn a nice souvenir tomorrow to cheer her up, huh?” 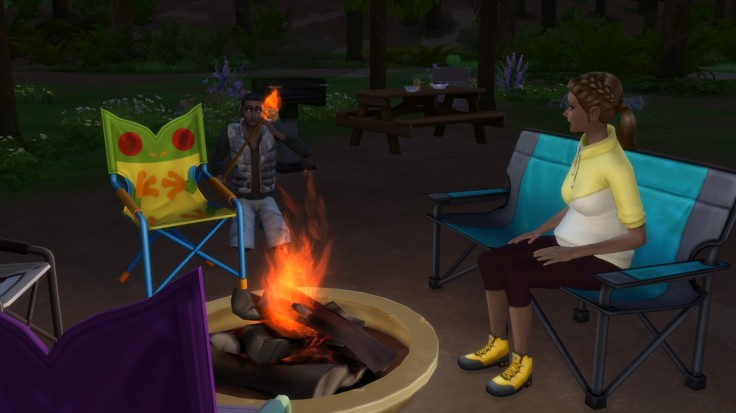 Janet and Malakai went quiet after the boys had gone to bed. Malakai kept poking at the fire.

“I’m sorry I was being nosy,” Janet uttered. “It was insensitive of me.”

“And here I thought it was the boys I had to worry about,” Janet laughed. “Come here, sit with me… before you burn the camp down.”

“Alrighty,” Malakai stood up. “I’m guessing you have more questions to ask me?” 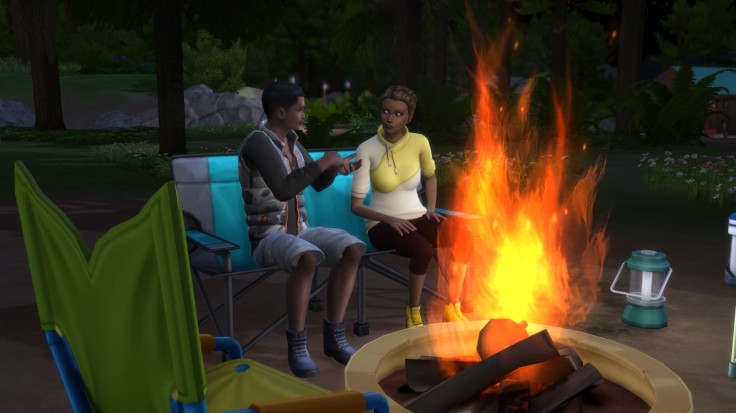 “I guess I’m having a hard time understanding how come you and Monty’s mom are such good friends,” Janet ventured.

“Well, we’ve always been friends, ever since we were little kids,” Malakai smiled. “I won’t bore you with the details of how we met…”

Malakai sighed: “I peed myself, and she defended me against a bully. She was my knight in shining armour, I guess…”

He looked at Janet’s peeved face and stopped himself. 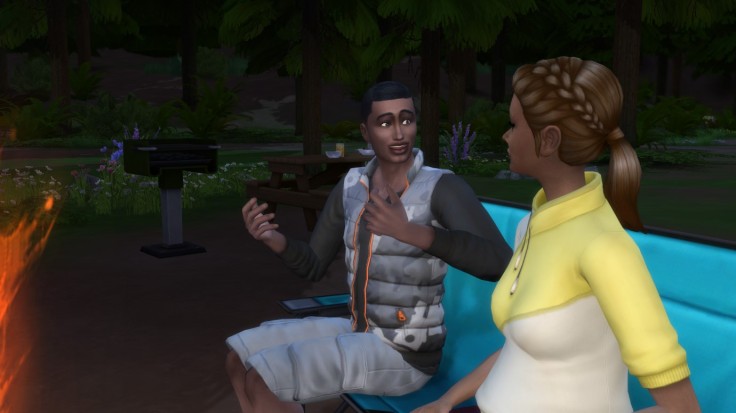 “Look, Janet, Liv and I were never a couple,” he told her. “It was just a one night thing, an experiment to see if we could be together; but it turns out we couldn’t. We’re too good of friends. Oh, and also, Liv’s gay.”

“Oh,” Janet breathed out and laughed. “I’m sorry… AGAIN. I know I’m being silly. I have some trust issues…”

It was Malakai’s turn to ask questions: “Would your ex have something to do with that?”

“He cheated on me,” Janet sighed. “Not just once… it was constant, ever since we got together.”

“You see, I come from a rich family – that’s why I’m an investor in the company – and my ex hoped to get his hands on some of the money. He figured being with me was the easiest way, but he didn’t want to give up his original girlfriend… so he didn’t. He kept seeing her on the side for the whole time,” she shook her head.

“What a plumbag,” Malakai cursed. “Clearly he didn’t see a good thing when he had it…”

Malakai figured he should brighten the mood: “Well, there’s no need for you to be jealous of Liv… in fact, why would you even go there to begin with? Didn’t you say we’re just friends?”

He nudged Janet playfully. A grin started to spread across her face.

“I guess a sexy man like yourself could never escape my attention,” she winked.

“I told you you didn’t need any lines,” Janet drew closer to Malakai.

“I know, I heard it too,” Monty giggled. “When do you think they’ll get married?”

“Hopefully soon,” Tylor replied. “I want to show you our pool!”

The rest of the holiday continued in a pleasant and sunny manner. They all went on long hikes together, caught bugs and collected herbs, played games and shared many more camp fire stories.

By the end of their stay, Tylor and Monty became best friends… forever, of course.

As for their parents, it wasn’t quite the proposal the boys would have hoped for, but they did agree to become boyfriend and girlfriend.

And celebrated their new relationship on their last night in Granite Falls.

Janet: “Does your daddy always eat like this, Monty?”