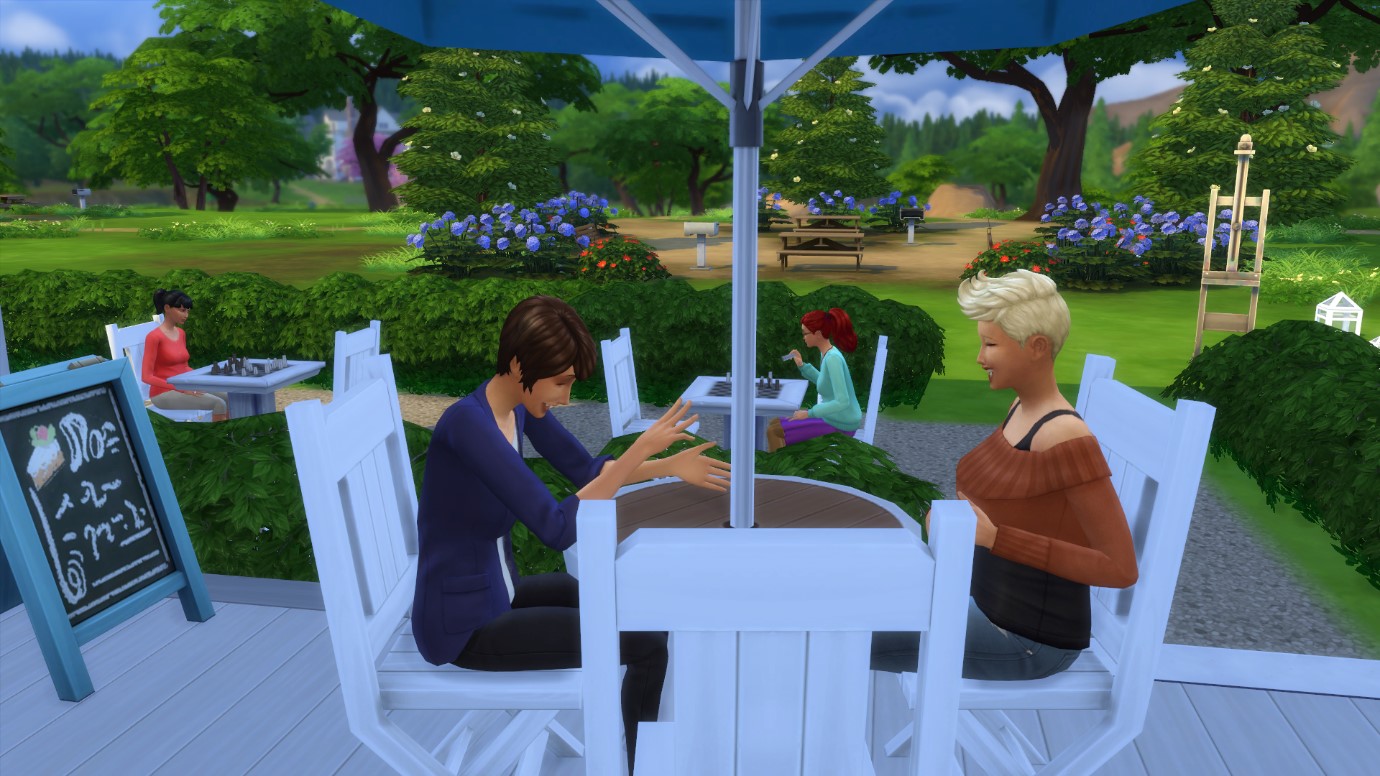 Liv didn’t regret taking up Heather on her offer. She couldn’t remember the last time she’d laughed so hard! Heather was full of fun stories, both her own and those she’d read. She made her feel light, and carefree; something she didn’t even realise she’d desperately craved.

She didn’t know if things were necessarily ever going to progress beyond friendship, but she didn’t particularly care. Just spending time with Heather lifted her spirits enough. 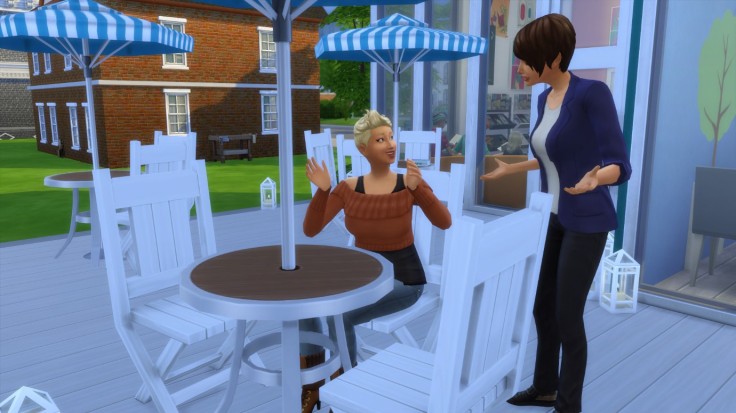 “…and he’s probably looking for his plumbob to this day,” Heather concluded.

“Gosh Heather, how do you find these people,” Liv chuckled.

“It’s a gift. People seem to enjoy telling me stories, as you might know yourself,” Heather winked.

“Don’t worry, I haven’t shared your particular story with anyone,” she added before Liv could ask. “There’s only a point in sharing stories of people hurting if the person that’s hurting is the one that’s telling it.”

Liv smiled gratefully: “I bet you must know thousands of secrets!”

“Maybe one or two,” Heather shrugged.

“I have to head to work,” Liv sighed, checking the time. “Let’s do this again soon!”

As the women headed towards the exit, they ran into no other but Liv’s cousin.

“Hey Newton, fancy seeing you here in Newcrest,” Liv said awkwardly. She felt bad for the way she acted last time they met.

“Hi Liv,” he replied weakly. His face was an array of emotions, but he didn’t add anything.

Heather broke the silence: “So you’re the famous Newton!”

Newton froze. He could imagine what Liv may have told her… and it wasn’t pretty. “Famous?”

“Well, your songs are on the radio all the time, aren’t they?” Heather grinned innocently.

“Oh… right,” Newton breathed out with relief. “Liv… could we maybe talk for a moment?”

Liv’s eyes widened. She could be late for work for once… 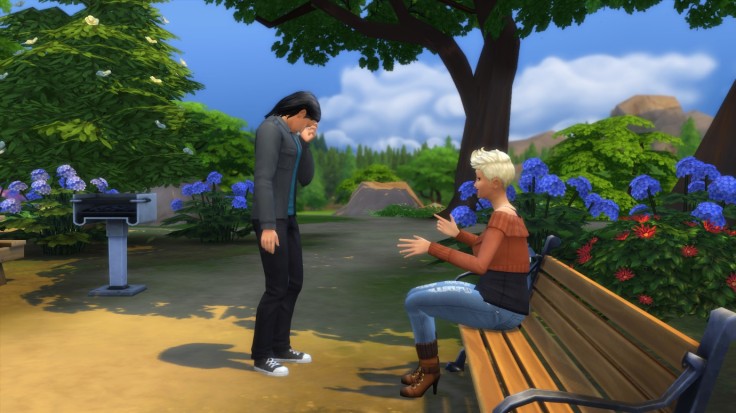 “Soo… what do you want to talk about?” Liv asked unnecessarily.

“I don’t even know where to start,” Newton grumbled helplessly.

They both briefly thought of a happier time, when they were both teenagers, and all they ever seemed to do is talk. It felt a lifetime ago.

“Ok, I’ll start,” Liv took a deep breath. “I shouldn’t have yelled at you in the gym the other day. I was angry at someone else, really. I’m sorry I took it out on you.”

“I think I know the feeling,” Newton muttered. “I’m sorry too.” 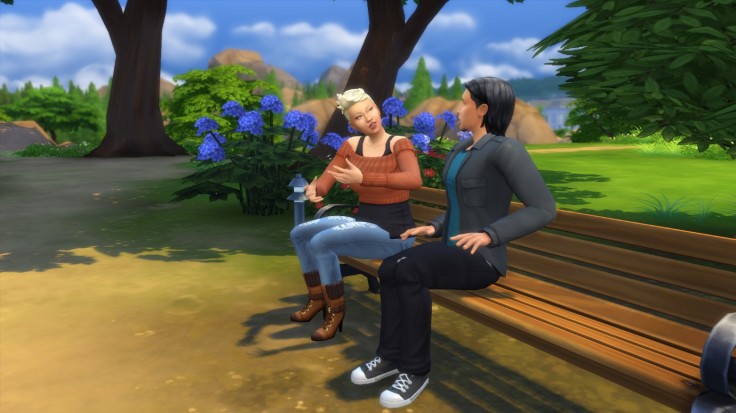 “Plummit Newton, Liam’s wife though,” Liv stopped herself. “Sorry, again. Two sides of the story. Tell me yours.”

“I met Krista at one of my concerts. We hit it off, she was cute and she seemed to like me, me, not just my music,” Newton shook his head. “I had no idea she was Liam’s wife.”

“When we were on a date and out of nowhere, Liam turned up and slapped me…”

“So, what now? With you, Krista and Liam, I mean,” Liv composed herself again.

“There is no me and Krista anymore,” Newton said simply. “And probably no me and Liam for a long time either. As for their marriage, it’s up to them to work out, I guess. We don’t see what goes on behind closed doors.”

They sat in silence for a moment. 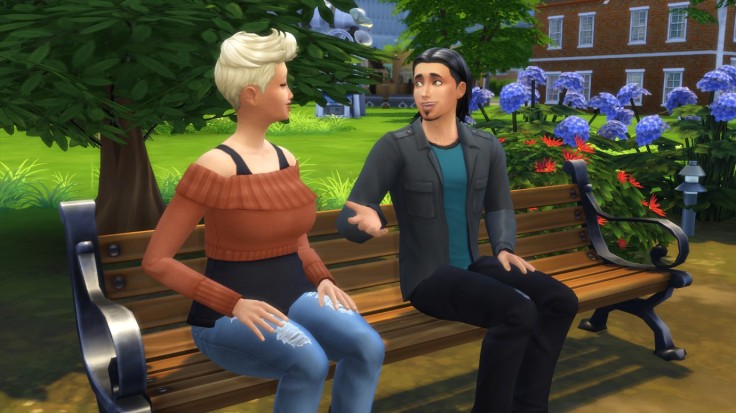 “Diane was my first love,” Liv blurted out before she could stop herself. “I couldn’t help it. But I swear Newton, I never did anything about it while you were with her.”

“She was my first love too,” Newton said.

“No, I don’t blame you. What I meant to say is I’ve been there. She was the first person I had feelings for… except that, she wasn’t that person at all. Story of my life,” he laughed.

“Well, I did see you with a girl earlier,” Newton grinned.

“She’s just a friend,” Liv stopped him. “I don’t even know if she… anyway, you’re a big rockstar now! Congratulations!” 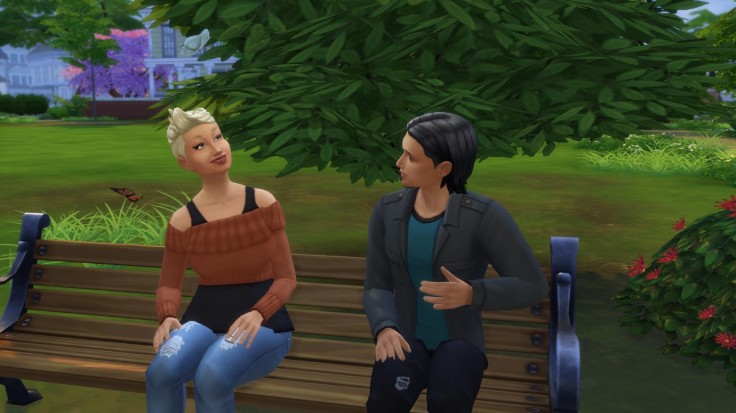 “Nothing’s really changed. I’ve gotten myself a spooky old mansion in Willow Creek. But other than that… still the same plum luck,” Newton said.

“Liv, the album… it’s not just about the times I’ve been betrayed. It’s about when I betrayed other people too. People like you.”

Liv looked up, smiling. It was just a start, but perhaps she might get her old friend back. 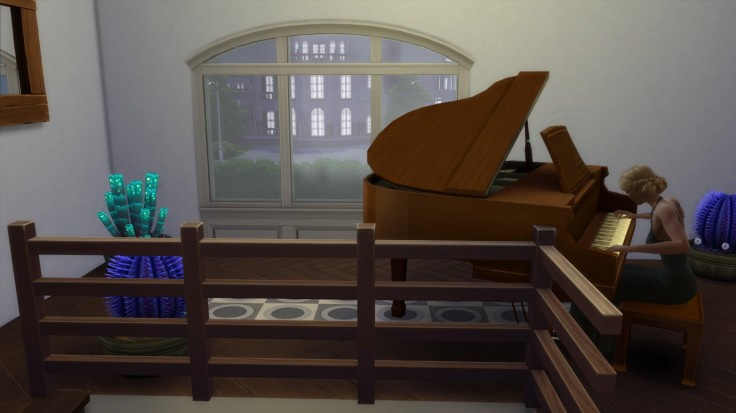 Another day, another song. Yenn just finished the Sixam Sonata. She was pleased with the way the song turned out. And apparently, it made her a piper.

Another day, another aspiration. Fourth one under her belt and counting, seventh if you add childhood aspirations. Yenn had achieved a lot. But she’d been around long enough to know happiness wasn’t about the number of completed aspirations. 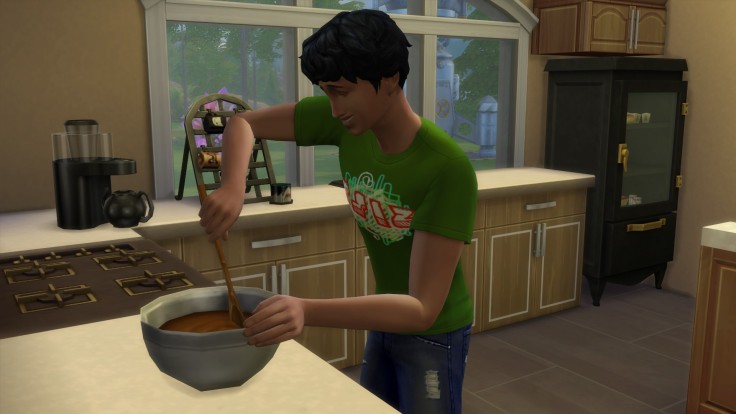 It was in the small moments, like the smile on Monty’s face when he mixed the dough for her birthday cake. Or the proud look he had when he presented the hamburger cake to her. 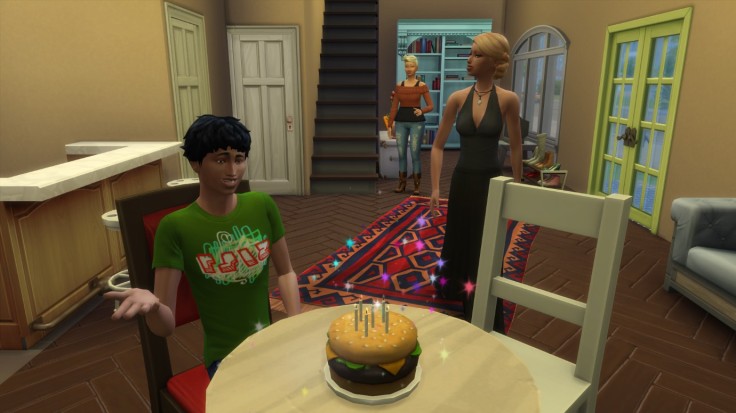 “I know right,” Monty beamed. “I mean, I love burgers, and I love cake… so I figured what could be better than mashing them into one?” 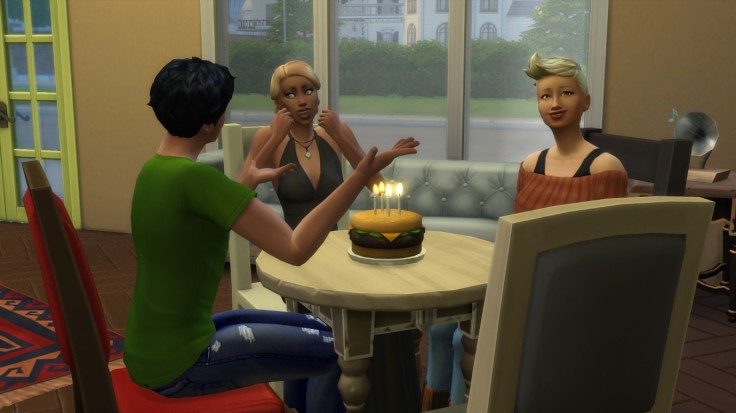 “Are you ready to become an elder, aunt Yenn?” Monty turned his attention to the birthday girl, uh, lady. 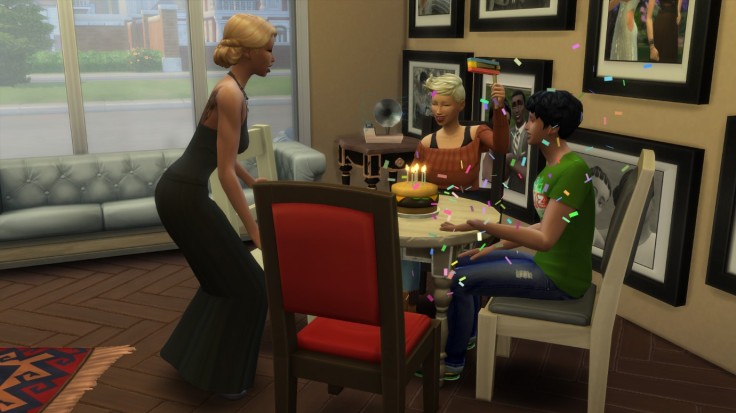 And so she blew the candles out and greeted elderhood with open arms. Gray hair, wrinkles, back pain… she was so happy she could cry. 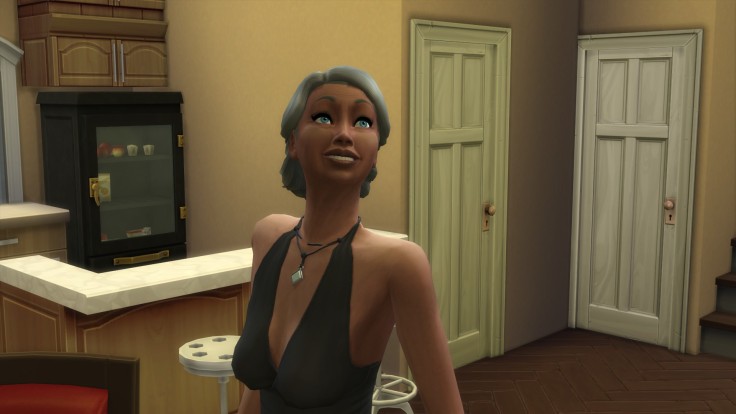 She almost thought this day would never come! She looked towards the sky; I will be joining you some day after all, my dears. 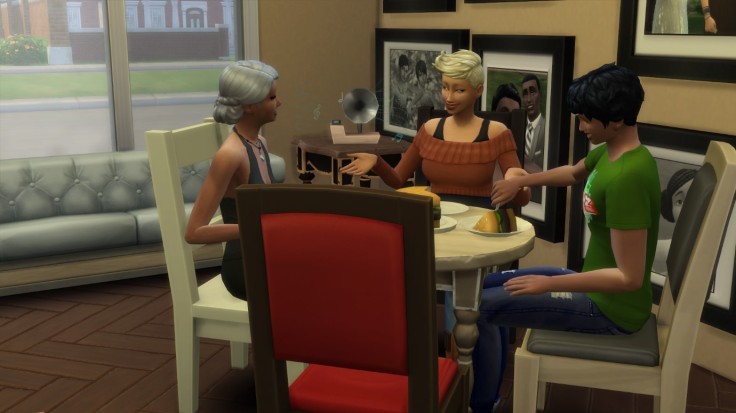 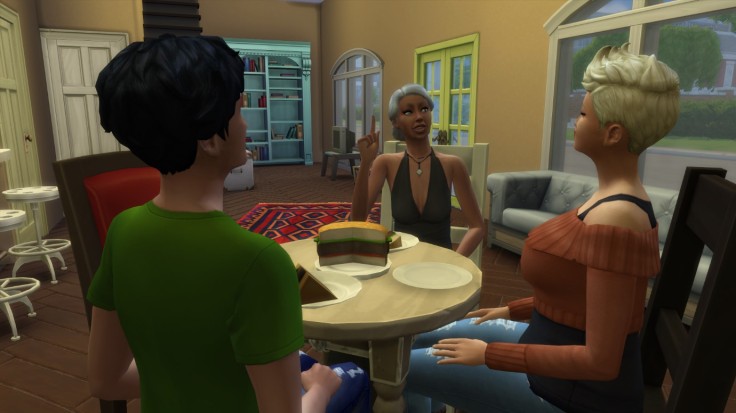 “I think I’d like to write,” Yenn said. “I’ve seen a fair share of things, some of which might be worth writing down… not to mention, it’s about time someone updated the Bloomer Chronicles!” 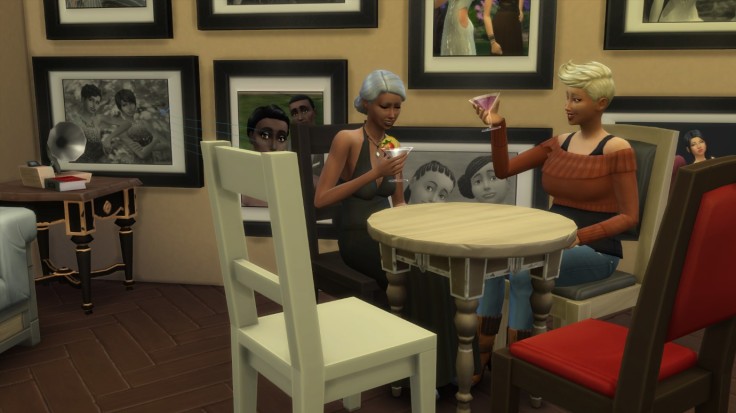 “Sounds like a great plan,” Liv nodded approvingly. “Let’s toast to that! And more importantly, to you! To aunt Yenn!”

Author’s note: Just as a point of interest, by her elder birthday, Yenn had maxed out 10 skills, and had also accumulated a fair share of traits… I don’t think any of my sims have deserved the Most Interesting Sim in the World Achievement more! 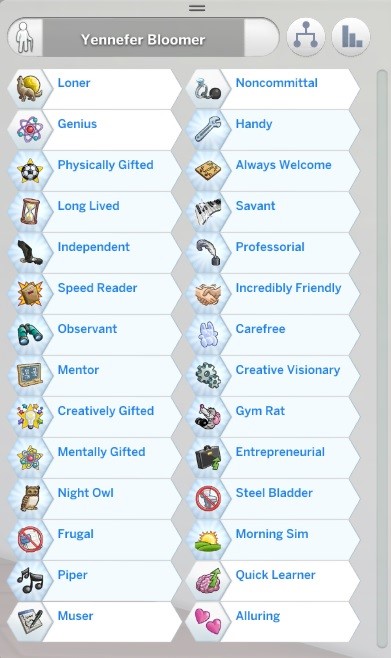