Autumn crept upon Newcrest seamlessly, but its arrival excited Janet and Malakai immensely. They couldn’t wait to go on their regular hikes in a whole new scenery.  They had one planned for Sunday, so they had a quiet evening in the house on Saturday.

Though with the boys around, things never got too quiet. Since Monty and Tylor both had fortune aspirations, the conversation topic at hand was of course money. 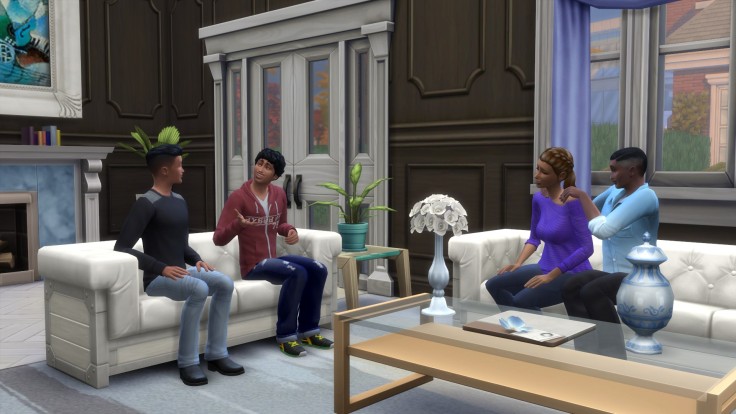 “What part-time job do you think brings most money?” Monty wondered.

Spending half of his time in Janet and Malaki’s grand home had him thinking; it wasn’t that he disliked Yenn and Liv’s small home, but he felt like his mom and aunt deserved something much bigger and better. And he was determined to build that mansion for them someday, preferably sooner rather than later.

“We could try the lottery,” Tylor suggested. “Then we could literally swim in cash, Uncle Scrooge style!”

Tylor was of course hardly strapped for cash; he already had the mansion Monty dreamed of. But he didn’t want to be the one to lose the family fortune, plus he knew you needed money sustain such a large house. But mainly, it was the whole swimming in cash thing. How cool would that be? 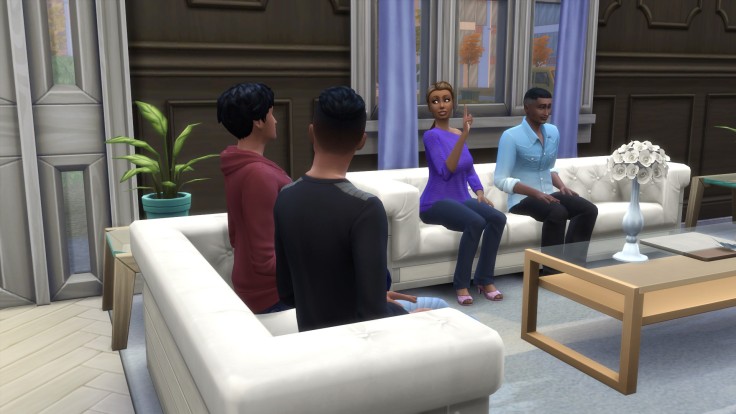 “What you should do is invest,” Janet jumped into the conversation. “That’s what I’ve been doing, and it’s worked out pretty well for me.”

“That’s easier said than done though,” Monty shrugged. “We have no money to begin with!”

She stood up excitedly: “How about we make a bit of a project out of it? What if I gave you each 1,000 simoleons? What would you do with it?”

“I guess we’d be best off putting our money together to get even more,” Monty pondered.

“Imagine all the things we could do,” Tylor enthused. “Bu this is hypothetical, mom, isn’t it?”

“Doesn’t have to be,” Janet grinned. “You need to get started somehow. My only condition is that you use the money give you to generate more.”

After thanking Janet profusely, the boys retreated to Tylor’s room to brainstorm.

“We could put the money in stock,” Monty suggested. “That’s how people usually invest, right?”

“We don’t know anything about stocks though,” Tylor shrugged. “You know what I think we should do? We should open a store! The cheapest plot of commercial land we can get in Magnolia Promenade is exactly 2,000 simoleons… that’s gotta be a sign, right?”

“Yeah,” Monty agreed exuberantly. The boys cheered for a moment.

“Except… once we buy it we have no money left,” Tylor realised. “So what do we sell?”

“It would have to be something we make, I guess,” Monty said pensively. “Ooh, I know! I can bake… sort of! Aunt Yenn loved the birthday cake I made her!”

“Sounds like a plan,” Tylor beamed. “Let’s open a bakery! Or even a café! Just don’t make that dreadful salad you made at the library the other day…”

“Don’t worry, I’ve had practice,” Monty reassured him. Mainly in eating, rather than cooking, he thought. But you have to start somewhere.

“I hope you know what you’re doing,” Malakai said to Janet the following morning as he was cooking breakfast. “Apparently the boys are planning on opening a bakery.”

“It’s going to be a good learning experience for them, if nothing else,” Janet smiled knowingly. “And did you see how excited they were?”

“You’re right, as always,” Malakai replied. “Though I doubt they’re as excited as I am for our trip today!”

They rushed out as soon as they finished breakfast; through the back gate and into the open fields surrounding Newcrest. They went hiking almost every weekend, but this particular hike was going to be special. And not just because of the autumn leaves. 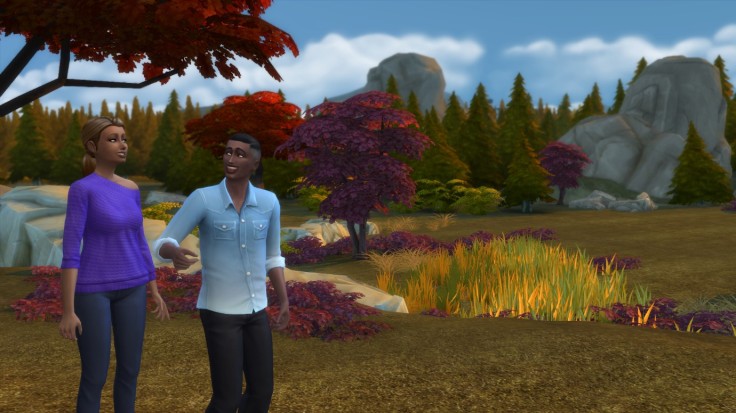 Malakai adored spending time with Janet. The way she lit up when she was in nature, her excitement over new projects at work… he even found her occasional jealous streaks endearing. He knew one thing for sure; he had no intention of letting her go. 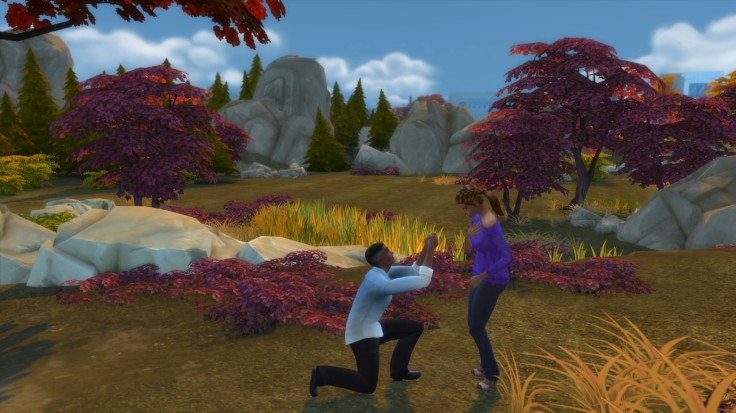 And so, once he found a particularly picturesque spot, he asked her to spend the rest of her life with him. And she agreed.

All that was left was planning the wedding. Naturally, it would have to be an outdoorsy one.

“Soo… is this your shop?” Scarlet said, uncertain. 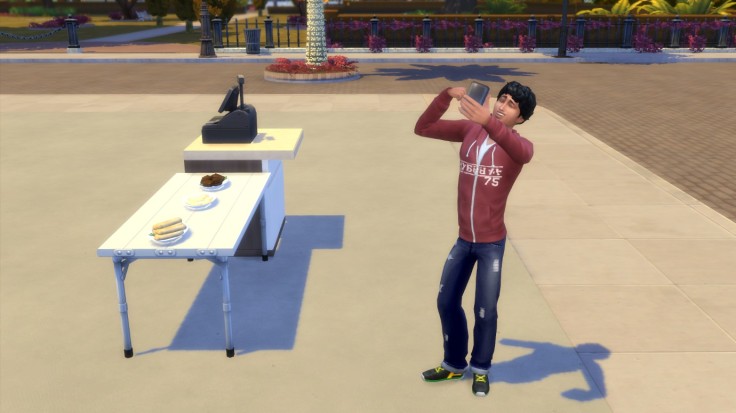 And Monty had vision. He and Tylor “borrowed” an old camping table to place the treats he baked on, and they even managed to find a till in the attic of Lollipop Lair. As far as Monty was concerned, this was the perfect setup. The rest would come in time. 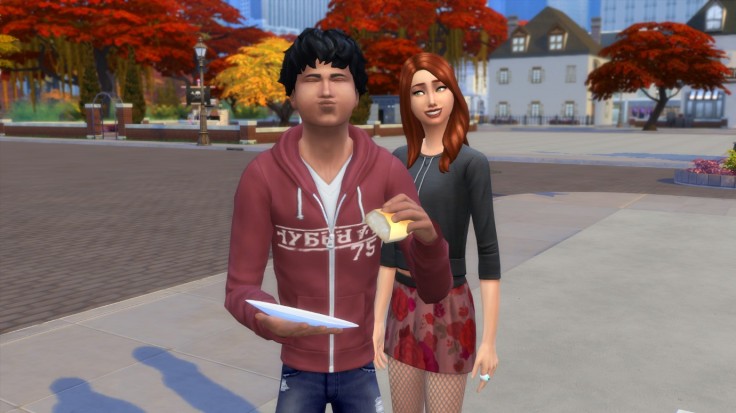 “You know, Monty, you might have better luck with your venture if you don’t eat all the merchandise,” she pointed out.

“Just testing the quality of the product,” Monty said with his mouth full. “But I think we’re ready to open!”

The first customer to arrive was a little boy. Promising start – kids love sweets, don’t they? 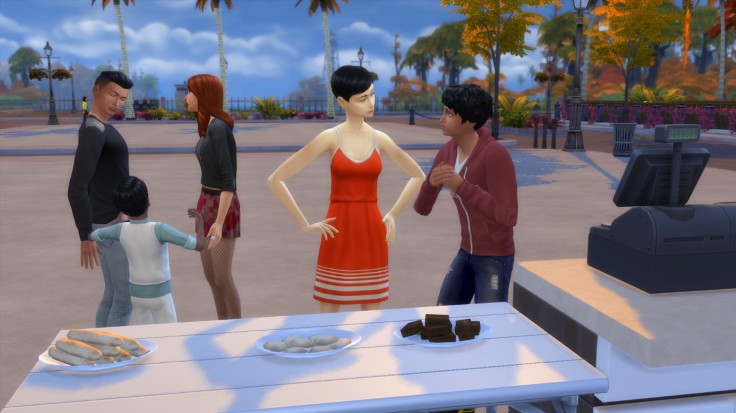 The woman wasn’t having it: “These things? They’re sickeningly sweet just to look at! You call this a bakery…”

Scarlet stepped in quickly: “Could I interest you in our savoury range?”

At the end of the day, both the miserable woman and the kid ended up purchasing… so it was all worth it, right?

The trio sat down for a small snack, exhausted.

“That woman was just horrible! And our best customer’s only income is pocket money,” Scarlet muttered. “This is going to be such an epic fail…” 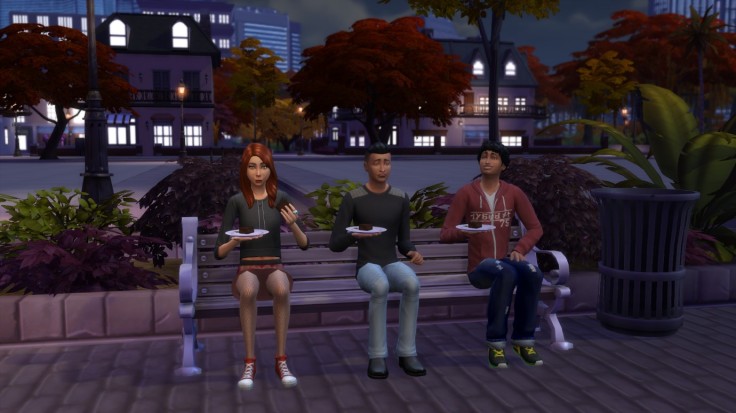 Monty ignored his friends’ concerns, happily munching on his brownie: “What are you talking about, guys? We made 11 simoleons!”