The Newcrest park was the place to be that weekend. Not only because of the vibrant colours it took this time of the year, but because of a very special occasion.

“I always knew you were going to marry Janet,” Monty casually told his father on his wedding day. “In fact, Ty and I planned it from the start.”

“Is that so?” Malakai smiled. “In that case I really owe you one, buddy. Couldn’t have planned it better myself.”

Yenn greeted her brother’s date, Ellie. She still chose an eccentric outfit, of course, but slightly more formal than the one she wore for last Bloomer(ish) wedding she attended. Things between Booker and Ellie were going well. 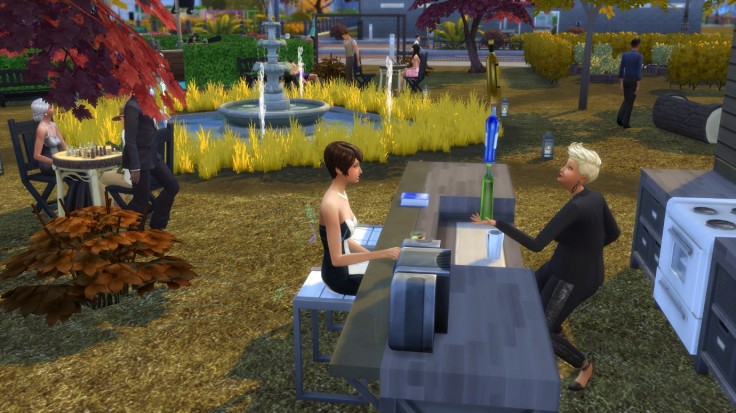 It was no surprise Liv brought her friend Heather. The two had been inseparable lately. True to form, Liv settled behind the bar as soon as they arrived.

“We hired bartenders, you know,” Malakai approached them. “You should just enjoy yourself.” 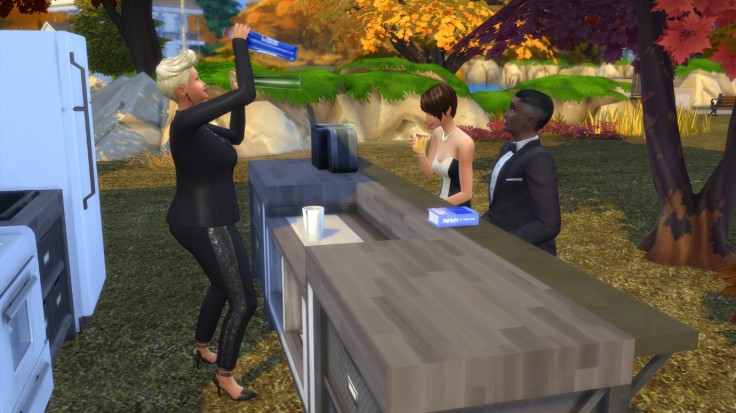 “I am enjoying myself,” Liv said brightly. “I can’t help it, I’ve just learned a cool new trick…”

“And there’s bound to be more,” Heather laughed. “Great to finally meet you, Malakai. And what an occasion, congratulations!” 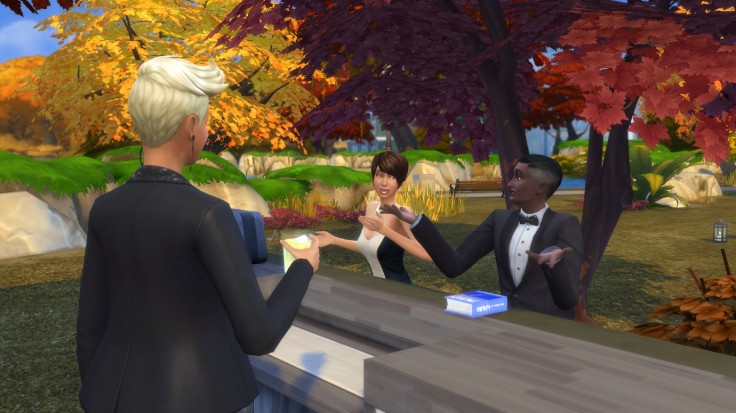 “My pleasure! I’m glad you could both be here,” Malakai looked at Liv conspicuously.

Liv smirked: “Why don’t we focus on you, Mr Groom? Let’s get you married, Mal!”

And with that, everyone gathered around the wedding arch to witness the ceremony. 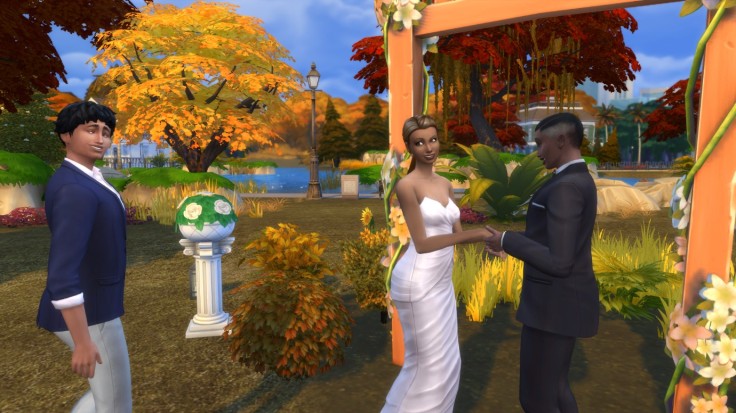 Janet was more than ready. Everything that had ever happened in her life fell into place. After all these years, she was able to forgive her cheating ex because indirectly, somehow, he brought her here. But he wasn’t the one she had on her mind today. Malakai was the man she would spend the rest of her life with. She got her happy ending. Finally. 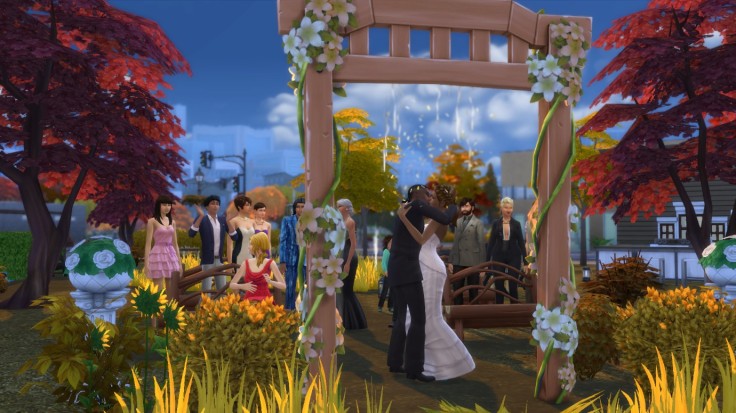 “Your dad is married now,” Scarlet exclaimed. “Does it feel any different for you?”

“Not really,” Monty shrugged. “Though it’s cool to have the whole family in one place. I think I like weddings…”

Elsewhere in the park, another discussion about wedding was taking place.

“Have you thought about proposing to Ellie, Booker?” Yenn asked her brother, who had been gushing about his partner all day.

“No, actually,” he smiled softly. “My marriage with Keiko was such a disaster, I’m not too sure if I could do it all again. I think I want to do what you did, sis. Just be together, and be happy.”

Yen sighed: “Do what you both think is best. But whatever it is, make sure you have no regrets.”

She paused, turning her attention to her thoughts. Booker gently placed his hand on her arm, as if to distract her: “Look at our Livvie, Yenn.”

They both turned their heads towards Liv, who was just congratulating Malakai.

“How could I have regrets, when I have a wonderful daughter like her?” Booker said wisely. 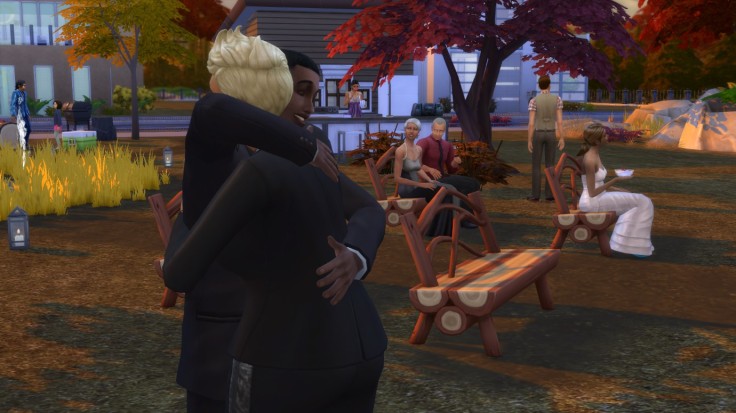 The evening rolled around, and as guests started to leave, the newlyweds could finally pay more attention to one another. But the moment they had together was interrupted by a guest who, oddly, had only just arrived.

“I’ll give you two some space,” Janet made an awkward exit.

“Sorry for crashing your wedding,” Newton said. “I figured it’s only fair for me to stop by, since you attended mine…” 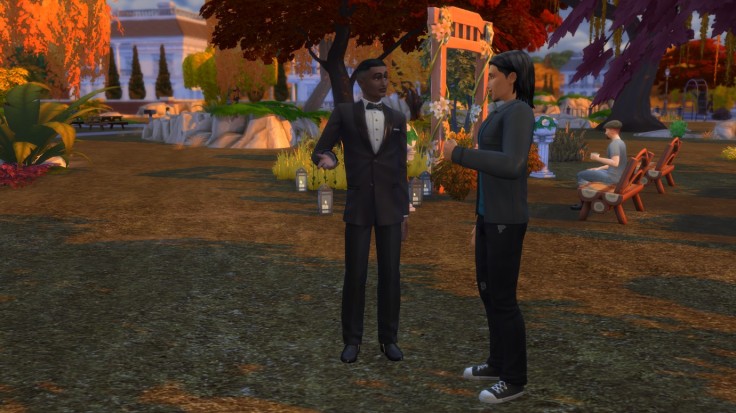 “Newton, I honestly am sorry for what happened that day,” Malakai said nervously. “I really meant no harm…”

“No, stop,” Newton interrupted. “I’m not here to try to ruin your wedding, if that’s what you’re thinking. I just wanted to congratulate you.”

“Oh… thank you,” Malakai stumbled over his words.

And with that, he walked away.

“Hey Newton,” Malakai called after him. “I hope you find yours!”

Newton briefly turned around and nodded. And then he was on his way. 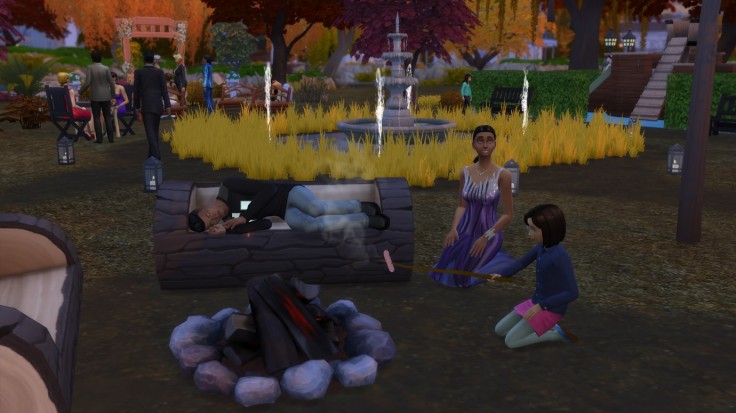 Most guests have bode their farewells, apart from the last few unconventional ones… 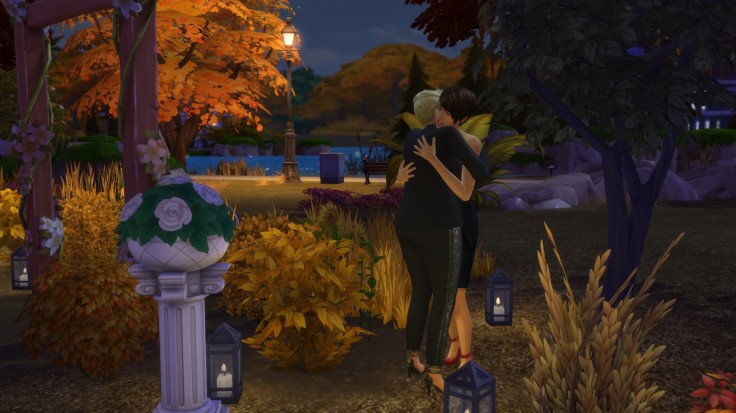 Liv and Heather were among the last few who stuck around.

“Thank you for bringing me,” Heather hugged Liv warmly. “It’s been a wonderful day.” 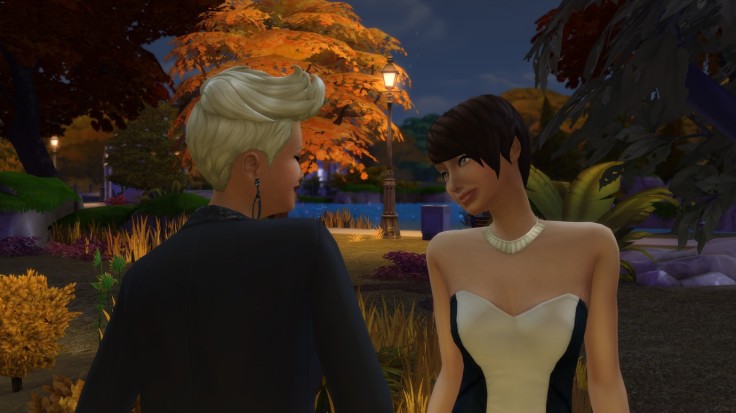 Liv had been wondering whether or not to take the plunge for ages. All the signs seemed there, but she’d been there before. She’d been scared she’d loose yet another friend, and gain nothing, once again.

But there was something about the way heather was looking at her tonight that made her forget all those things.

And so she went with the flow of the moment.

As Liv drew back after the kiss, her heart was pounding. It was all going to fall apart now, once again, wasn’t it?

Heather breathed out with relief. She only had one simple word to say: “Finally!”