The days that followed were like being on a seesaw. Sometimes, I thought my paintings were getting pretty good…

Sometimes I wanted to rip them apart.

And it was the same with Paolo. The evenings were good…

…the nights were great…

…but the mornings were an awakening, back into reality.

And there I was, on my own again. I still needed to figure myself out, find a place where I can fit in.

It was then when I got the call.

The Paragons wanted me to join their club.

I was a bit apprehensive, I must say.

“Oh, we just like a good old gossip over some coffee, and naturally, we like to make sure we look good,” Siobhan, their leader, said enthusiastically. 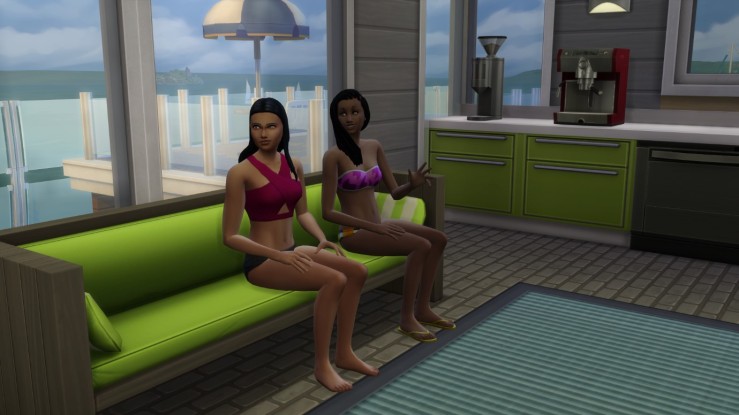 “It’s all good fun, honest,” Siobhan carried on. “Come on, try on an outfit. We’ll pick one for you! You’ll love it.”

They all seemed so excited, so, with a deep sigh, I decided to humour them. 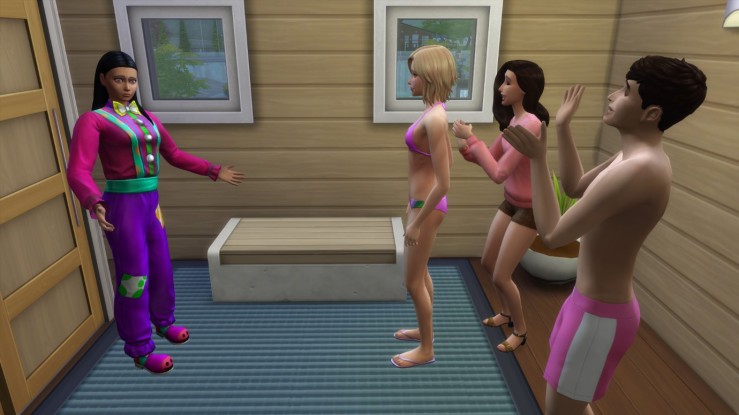 When I saw the outfit they picked for me, I wish I hadn’t. They all thought it was hilarious though.

“Haha, very funny,” I snarled. “So you basically like making fun of people? I think I’ll pass.”

“No, you don’t understand,” the only guy in the club, Sergio explained. “It’s all pretty light-hearted. We make fun of ourselves, too. Shioban doesn’t tak herself too seriously.”

“Of course not,” she nodded eagerly. “Pick an outfit for me, Sergio!”

She emerged wearing the same clown attire they made me sport earlier. They both thought it was hysterical.

I really tried to give them a fair chance, and there were even some moments when I really enjoyed myself.

But when Shioban almost had a meltdown when I started to talk to a guy with very unfashionable facial hair, I just knew the Paragons weren’t for me.

Luckily, there were no hard feelings.

But I still had no answers about where I belong. It suddenly felt like I was back in Newcrest. Back to square one.