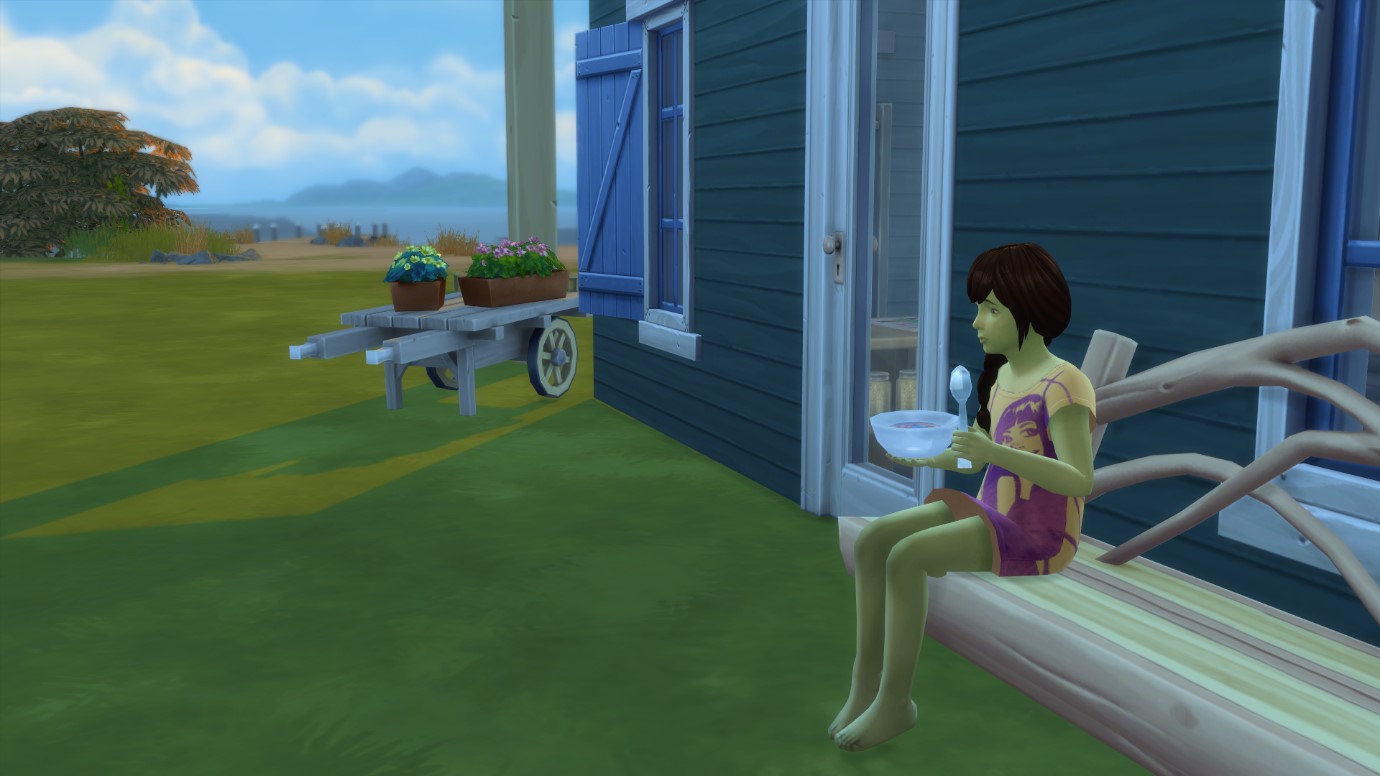 After her mother’s revelation, Pauline continued living her lonely life on the island. She accepted her fate of being a monster, since there didn’t seem to be an alternative. And as Astrid’s painting career blossomed, making her travel off the island more and more often, Pauline found herself on her own more often than not. 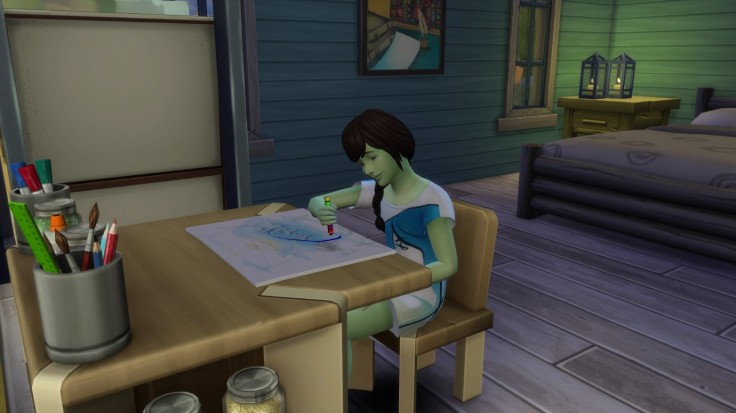 As a painter’s daughter, she kept busy with art. Astrid made sure Pauline always had plenty of painting supplies to follow in her mother’s suite. 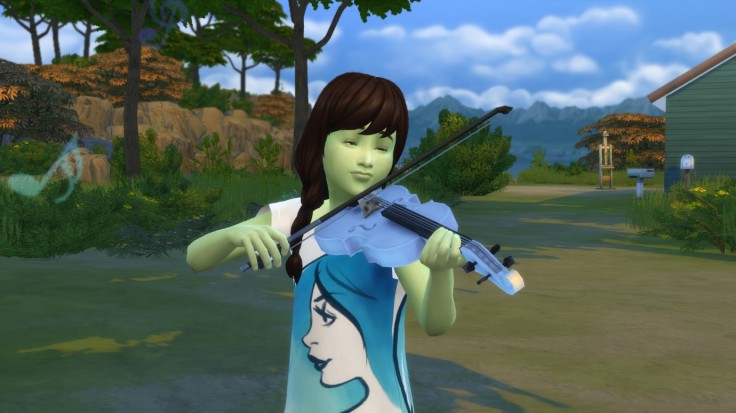 But as much as Astrid tried to push her daughter towards the easel and brushes, Pauline’s true passion lied in music. It soothed her soul, and transported her to a world of imagination, a world where even a strange form like her could have friends and be a part of something. 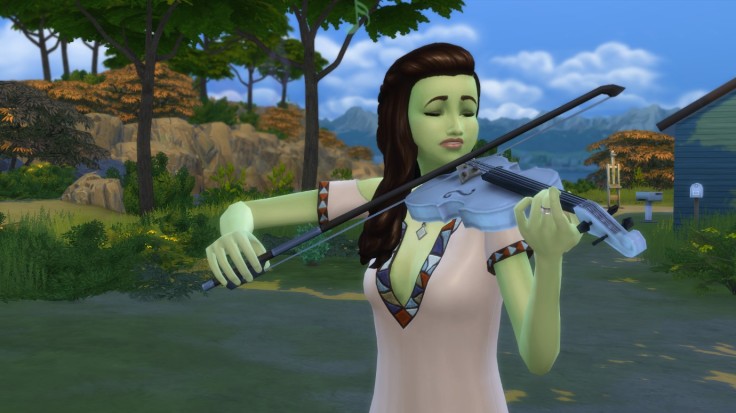 But of course it was all just a dream. In the end, it was just her and her violin. And sometimes, Astrid. 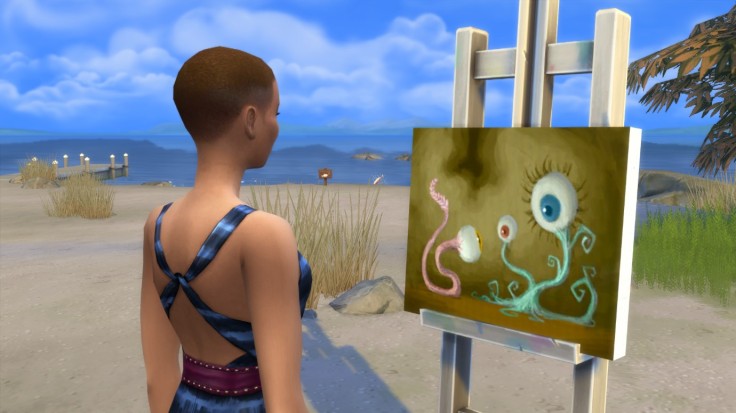 Pauline often wondered if her mother was happy. She only ever seemed to be content when she was painting; once a piece was finished, it meant trying to sell it, going to the mainland, attending exhibitions… 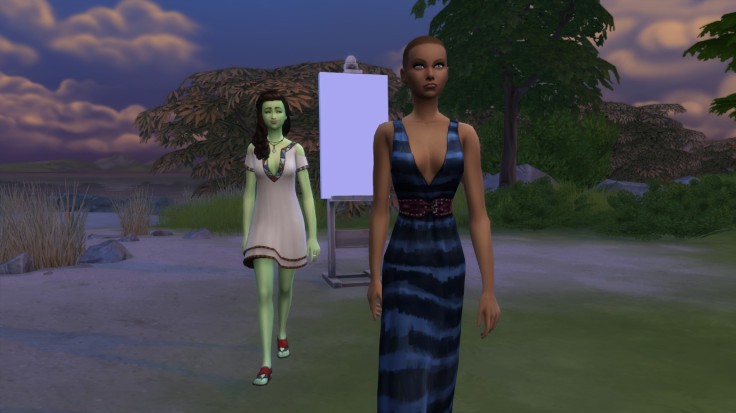 Whenever Astrid had to leave the island for work, her face was full of disdain. But it was the necessary evil for her to be able to return to her little slice of paradise and continue painting.

Pauline didn’t get it. She would give anything to be able to be able to slip into a disguise and venture out to roam with other sims. She was jealous of her mother’s trips. But at the same time, they gave her the opportunity to get as close to being a part of the world as she could ever hope for. 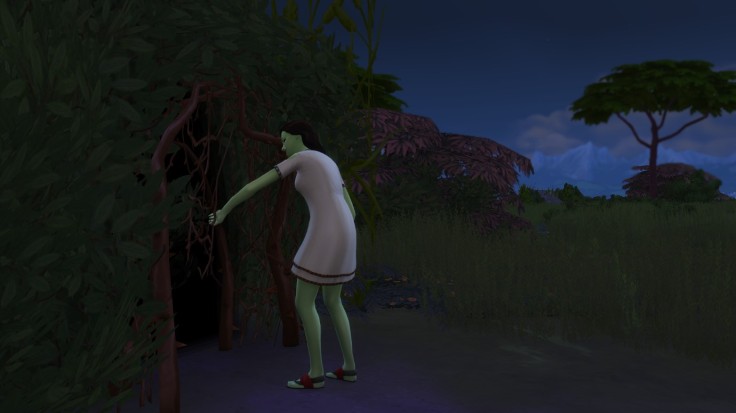 Pauline had never forgotten about the secret passage to the Bluffs. She would sneak away every time Astrid was out of the picture. 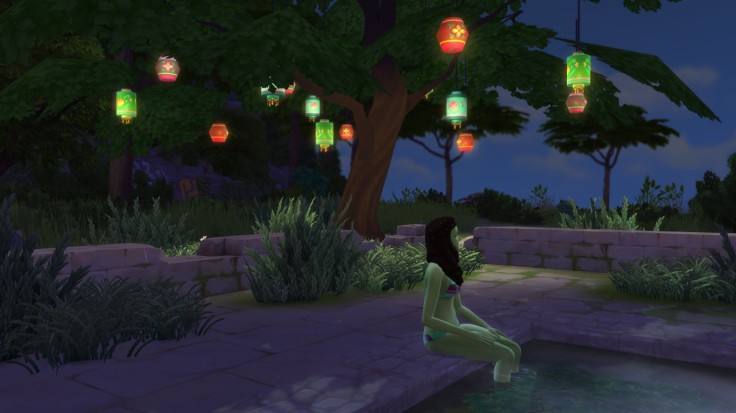 Sure, she was more careful now. She lingered in the shadows, only coming out of hiding when there was no one around.

But her favourite times in the Bluffs where those when other sims visited the place, and she would be able to listen to them, tucked away in the bushes, fantasising about being one of them. 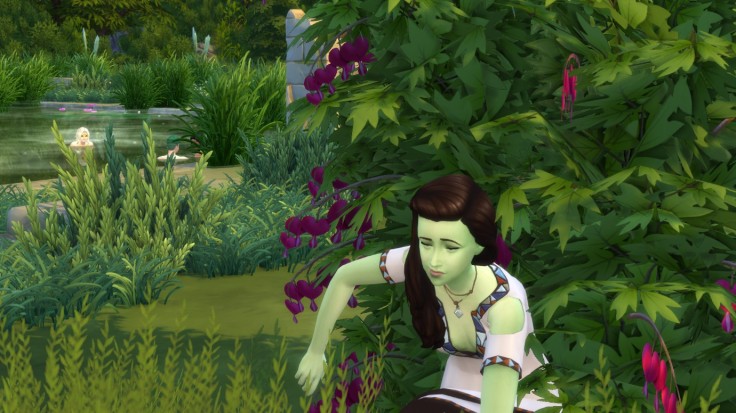 “Cannonbaaaaall,” a girl yelled out, followed by a splash. Pauline felt a few drops of water hit her ugly skin. It was a strange sensation. They were so close, yet so far.

She’d never seen this group in the Bluffs before. They seemed to be her age. Except unlike her, they were normal. What she would give to be one of them… 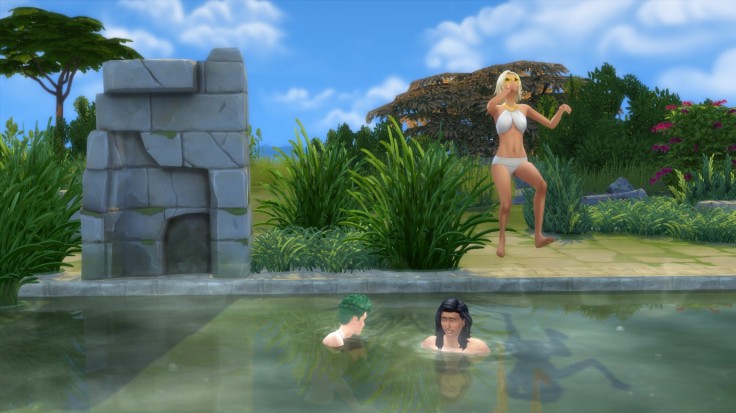 “Count on Starr to make an entrance,” one of the boys laughed.

“I was taught by the best,” the girl replied. “Speaking of which, where is Peyton?” 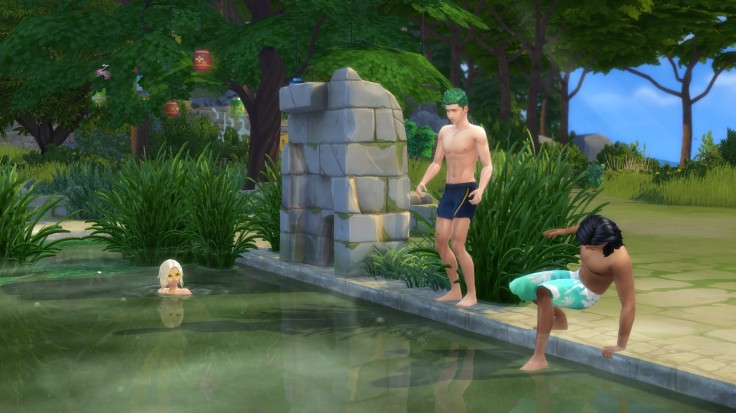 “She’ll be here any moment, you know time management is not her strongest suite,” the green-haired boy shrugged as he climbed out of the water.

“Actually, I think I heard something,” the other boy followed. “Peyt? Is this another grand scheme?” 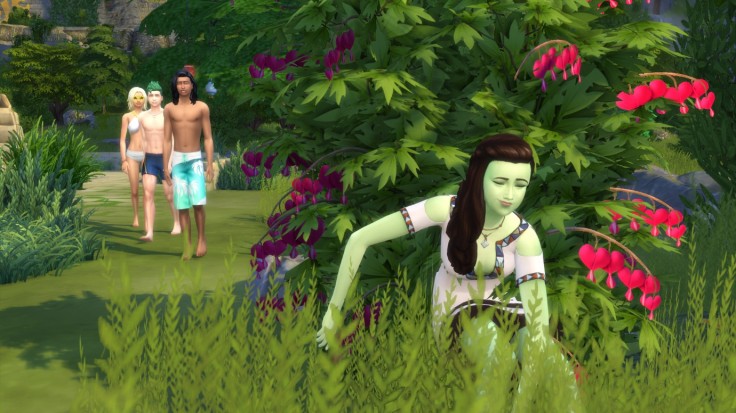 To Pauline’s horror, the trio started making their way towards the bush she was hiding it. She held her breath…

“Come on Peyton, why are you hiding,” the boy with the long hair was getting closer. “What are you… woah!”

There he stood, right in front of her. Pauline’s head was spinning. There was no going back, they’d all seen her. What would they do to her, seeing what she was? Maybe she’d get lucky and they would be too scared of her to get anything… 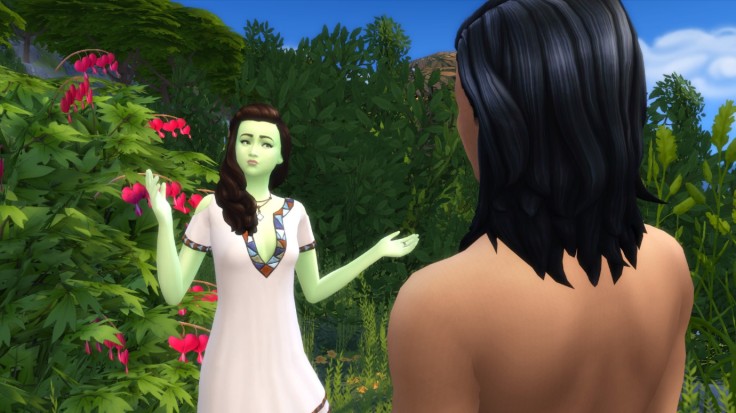 “Huh?” The boy looked confused. “You running away from something?”

“Guys, this is SO cool,” the boy with the green hair interrupted.

“Funny you guys thought it was Peyton,” the girl noted. “She looks so much like her! Who knew that was possible!”

“You’ve got to meet Peyton,” the dark-haired boy grinned at Pauline. “She’ll love you. And she is, like, the coolest person ever!”

Pauline was confused; were they not going to hurt her? And who was this girl they kept talking about? 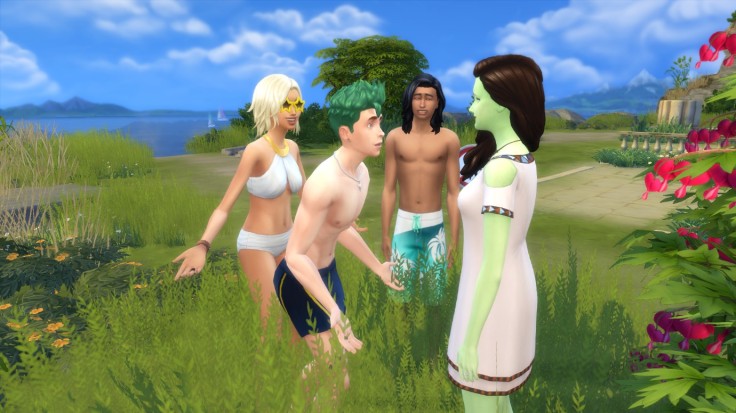 “Did anyone say Peyton?” a distinct voice called out from the distance. 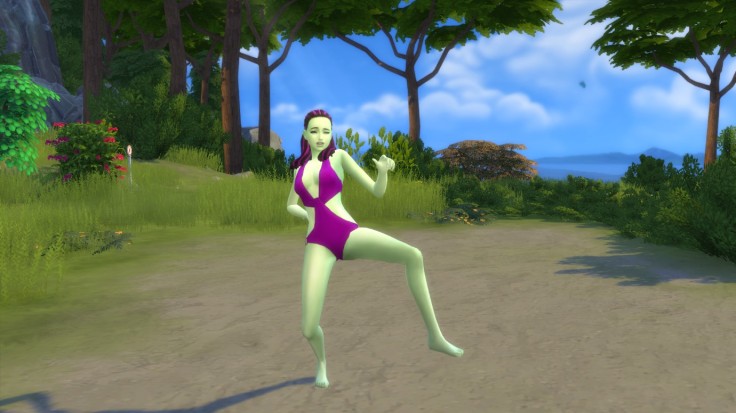 Pauline was speechless. She’d overheard many conversations in the bluffs, but she only knew of one person with a voice like that: her mother.