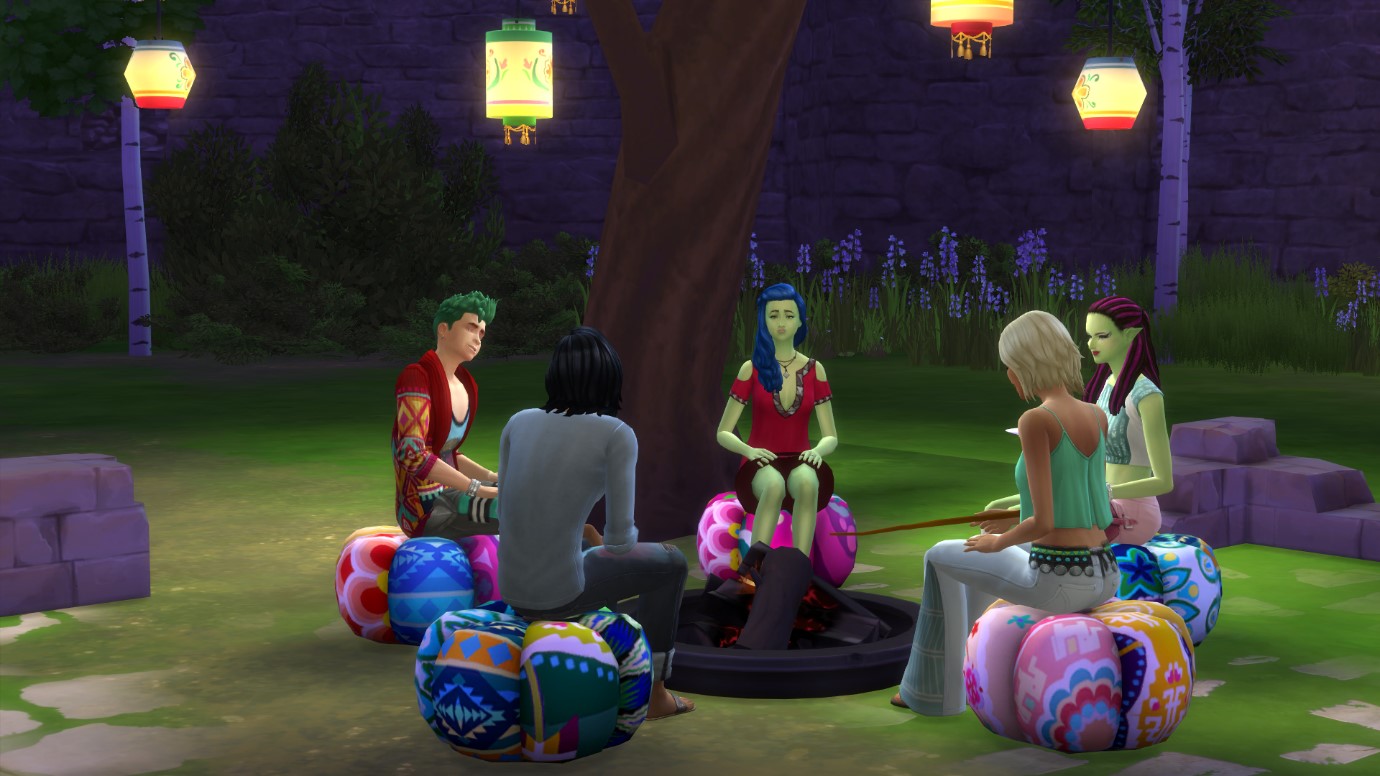 “This is so plummy Pauline,” Davion repeated for the third time that night. “Is there really no way you could stay?”

“Nope,” Pauline sighed. “My mom is adamant that we’re moving back, because she’s the heir of this whole legacy thing or whatever…”

“You would think if this legacy is so important to her, she would have mentioned it before,” Peyton pointed out.

“I know right?” Pauline grumbled. “She never spoke a word about her family, but suddenly she says we have to go back to wherever they’re from and continue building a town for them. It makes no sense!”

“Why is she the heir anyway?” Starr asked. “Didn’t you say she had two older brothers?”

“Beats me,” Pauline shook her head. “Why can’t her brothers build their own plum town!?”

Everybody sat in silence. Davion stood up and started playing his guitar.

Normally, hearing him play always made Pauline happy, but this time, tears started rolling down her cheeks.

“It’s so unfair!” she sniffed. “I’m finally happy and finally have a life and all of you guys, and I have to leave! And what’s worse, my mom says I’m the next heir so I’ll be stuck there…”

“It’s not so bad,” Peyton tried to cheer her friend up. “Legacy heir, building a city… it sounds pretty important! You’ll really get to make a difference!”

“But I don’t want to,” Pauline sulked. “Why should I care about a legacy I’ve never heard of?” 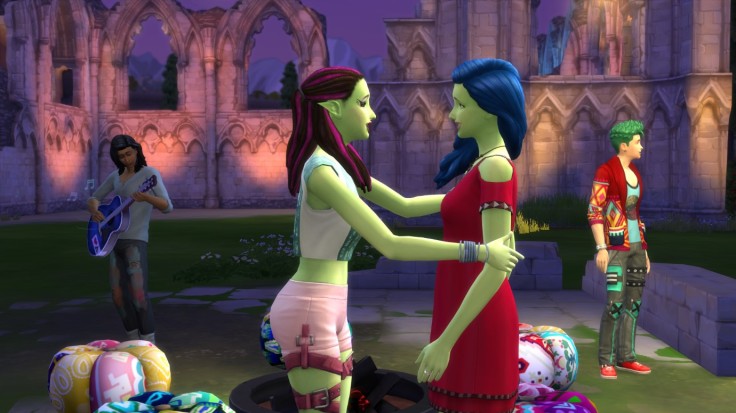 “You know, it’s only your legacy if you want it to be,” Peyton’s eyes twinkled. “It sounds like a really good opportunity, but at the end of the day, once you become a young adult, the decision is yours, not your mom’s.”

Pauline hadn’t thought of it that way. Moving to Newcrest sounded like a sentence. But maybe it didn’t have to be… though what would her mom say?

She sat down, her head spinning. 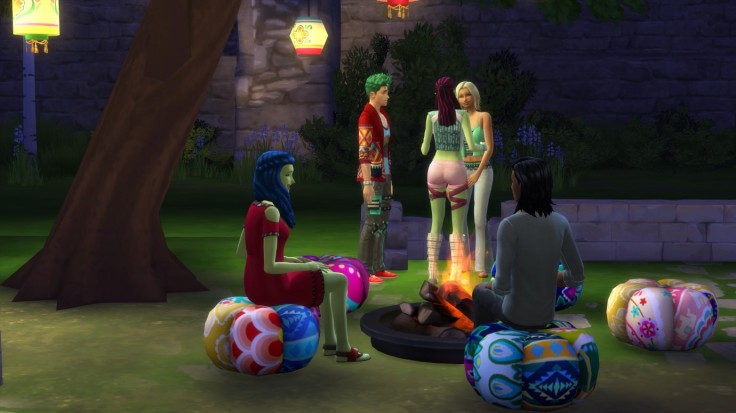 “How are you holding up?” Davon sat beside her.

“I know that’s a stupid question,” he continued before she could open her mouth. “I know it’s all plummy.”

Pauline let out a quiet laugh in spite of herself: “You may have mentioned that once or twice…” 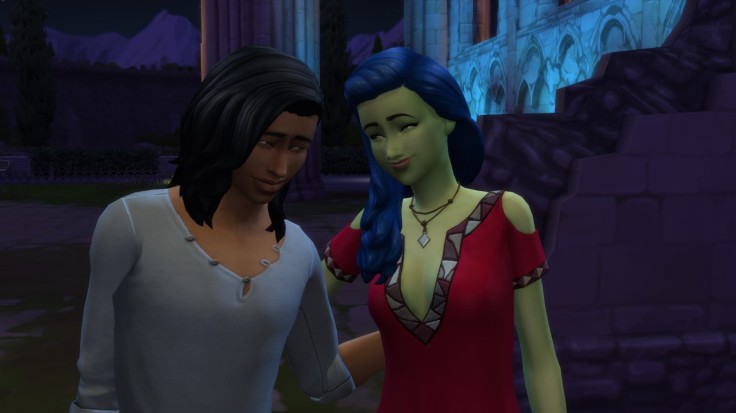 He jumped up and took Pauline’s hand, leading her towards the ruins. The further they went from their group, the closer he seemed to be getting to her, his arm wrapped around her body.

And then they stopped walking. Pauline held her breath.

Davion erased the last bit of space between them…

“I thought I should do that before you go,” he announced.

“I’m glad you did,” Pauline grinned.

And then they kissed again. And again.

Pauline pretended time had stopped. That she was never going anywhere. All that mattered was this moment.

But when his hands got a bit too enthusiastic, she pushed him away.

“Sorry,” he said quickly. “I just wanted to give you a proper goodbye.”

Pauline was feeling a million things at once.

“Thanks, Davion,” she replied simply.

The two of them walked back in silence.

The moment Pauline saw her best friend’s expression back at the fire pit, she forgot all about Davion. 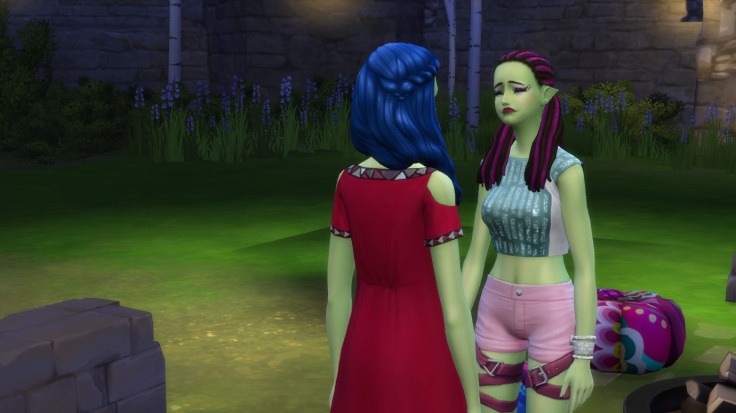 “I guess I lied a little when I said it was not so bad, you leaving,” Peyton tried to smile. “I’m gonna miss you, sis!” 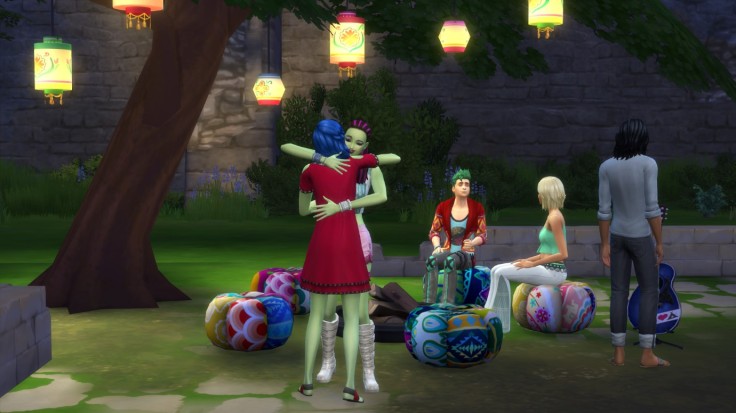 The two girls hugged each other tightly.

The sun was already up as Pauline finally made her way back to the island. She was greeted with the furious Astrid.

“Where have you been all night? And don’t say you went for another one of your walks! You’re not keeping the truth away from me this time,” Astrid shouted.

“Pfft.” Pauline didn’t feel like acknowledging her mother’s question. Keeping the truth away? That was rich, coming from her!

Everything seemed to slow down as Pauline watched her mother place her fingers on her temples, and then everything went dark and… 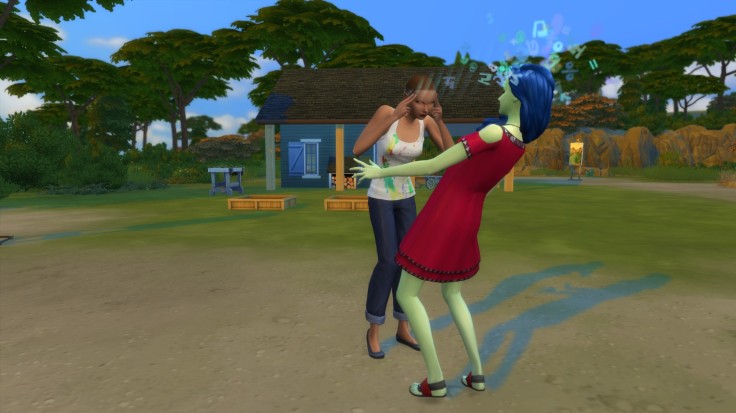 Astrid was in her head. 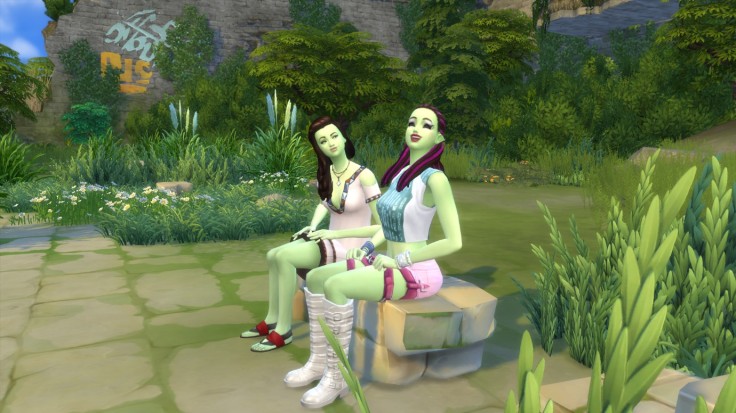 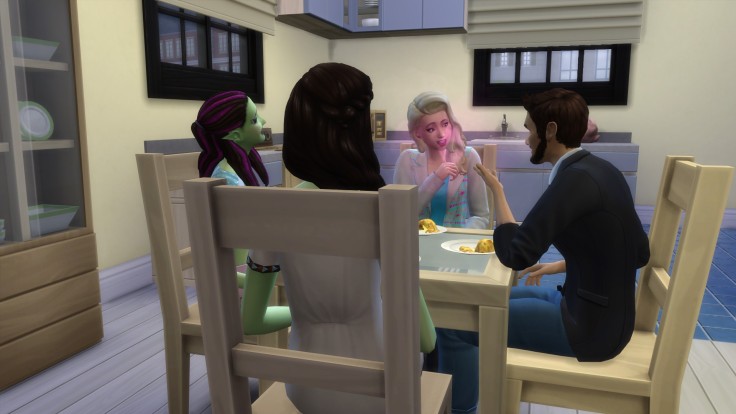 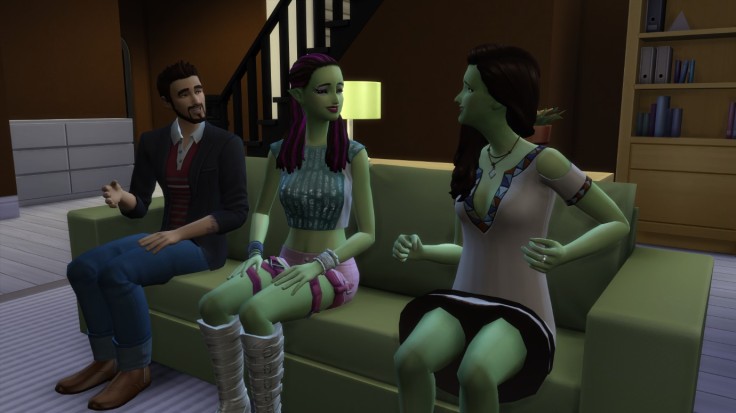 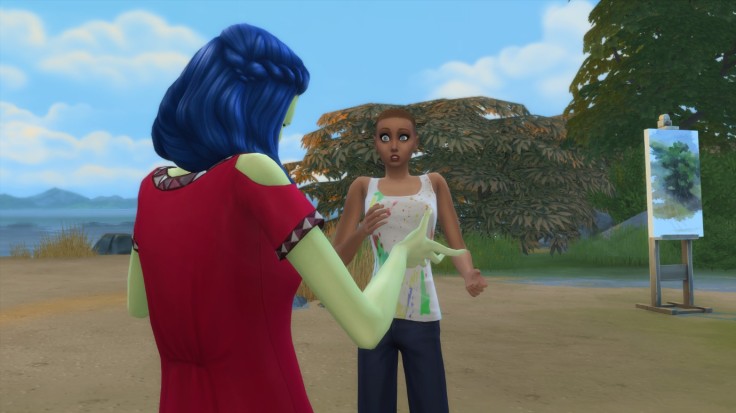 Flashing light. Pauline regained her vision again. Her mother was looking at her as if she’d seen a ghost. 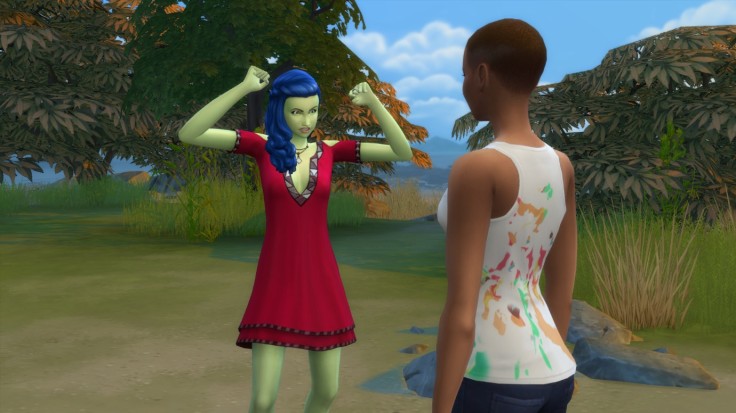 “How dare you just flick through my brain like that?!” Pauline screamed. “You can’t do that! I’m a person! You can’t just dive in and out of my mind like it belongs to you!” 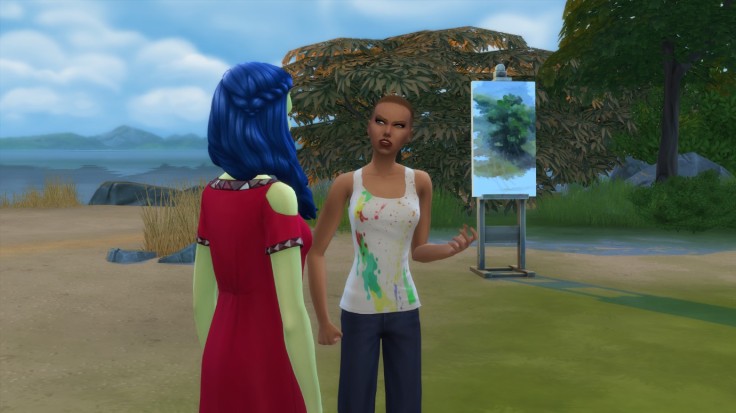 “It was the only way to get the truth out of you,” Astrid frowned. “I can’t believe you’ve been lying to me about so many things, and for so long! To your own mother!”

“I’m the one who’s been lying? You’ve gotta be kidding me,” Pauline burst out. “Why did you lie to me about what people are like? Why did you keep me on the island like a prisoner? What happened to you in Windenburg? Who is my father? And what about your family? Why do you care about your legacy, you clearly hated them all!”

“You know what? I don’t care! You had my entire life time to tell me those things! Well guess what, I don’t give a plum about your legacy! I’m going back to Windenburg the minute I turn 18!” 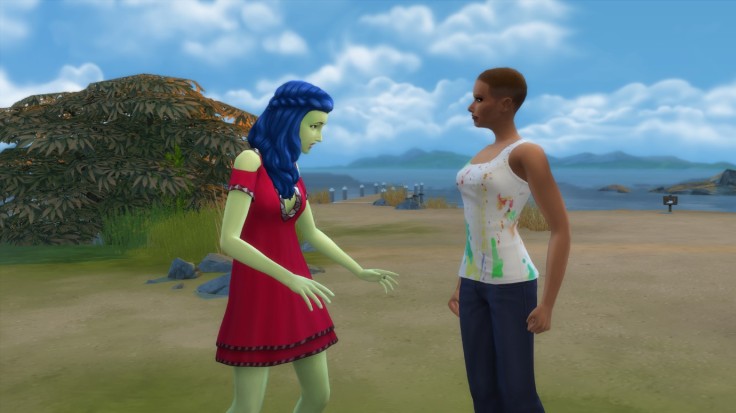 “You’re quick to dismiss 6 generations of people you know nothing about,” Astrid hissed. “You might not like it but you wouldn’t be here without them. Nice of you to repay them by spitting on their graves!”

Pauline was taken aback. A part of her felt guilty, but then, it wasn’t her fault she didn’t know anything about these people… did thinking that make her a bad person?

It wasn’t like it made a difference. They were headed for Newcrest that very day.