Astrid lingered around the museum. Her spirits had briefly lifted with the return of her aunt Yenn, but as soon as their reunion had set in, Yenn’s presence seemed as a constant reminder of Astrid’s mistakes to her. Not only had she hurt and alienated everyone who had mattered to her, but it was her fault the legacy was on the brink of collapse. If only…

Stop, she told herself firmly. Look ahead. Change your actions. Just like aunt Yenn said.

Her eyes rested on the rocket behind the museum, the rocket built by her aunt many moons ago.

It seemed like the most natural path. In fact, once it occurred to Astrid, she couldn’t believe she had never thought of it before. Her ties with her earthly family were so severed they might have been beyond fixing. Her brothers being distant, her daughter refusing to carry on the legacy… But she could always try to reconnect with her original family.

Sixam was beautiful. Soothing. Newcrest and Windenburg felt like a distant memory. For the first time in years, a smile crept on Astrid’s face. She was home.

“Greetings, friend,” a Siaxamian greeted her. “You’ve travelled from afar to reach your family. It’s good to have you here, at last. We know you’ve been lost, but that ends now.”

Before she knew it, Astrid was surrounded by a group of locals, each more welcoming than the last. She felt like weeping with joy. She was finally with her own. What did a silly little legacy on a distant planet matter anyway…

“I must go now, but please explore our planet,” Naavlu, the alien woman encouraged Astrid. “After all, it’s yours now too, if you’d like.”

She walked off into the distance, leaving Astrid with a man called Orsiss.

“I hope you’re not too overwhelmed by all this,” Orsiss smiled. “It must all seem very… well, alien.” He laughed.

“Excellent,” Orsiss leaned closer towards her. “I would love for you to stay and call this place home.”

Astrid was taken her aback. He couldn’t possibly be suggesting…

“Sorry, I’m being too rash,” Orsiss apologised quickly, as if he’d read her mind. Maybe he did, it occurred to her. Did she mind?

“I wonder if you could see my planet from here,” Astrid changed the subject.

“Let’s find out,” Orsiss encouraged her, gesturing towards the ground. They both lay down, watching the sea of stars in the sky for a moment. The constellations looked unfamiliar to Astrid.

“Perhaps it could be… that way?” she pointed in a random direction weakly.

“Possibly,” Orsiss shrugged. “Or not. Has it occurred to you that if you had a stronger connection with your planet, you would be able to sense the correct direction no matter where you were?”

“That’s a wild speculation,” Astrid hesitated. “How could I possibly have a stronger connection with the planet? Everything I’ve ever known is there. My legacy, my daughter, my brothers…”

“Your brothers who never understood you. Your daughter who cannot stand you. Your legacy that’s as good as over because she doesn’t want to continue with it…”

That was that. He must have definitely been reading her thoughts. But it was only humans who found that unacceptable, wasn’t it?

“You deserve so much more, Astrid,” Orsiss continued. “And it would be my pleasure to give it to you.”

Astrid looked over at him and he realised he was glowing with a bright pink colour. She knew all too well what it meant. After all, the very same coloured light was shining from her skin… 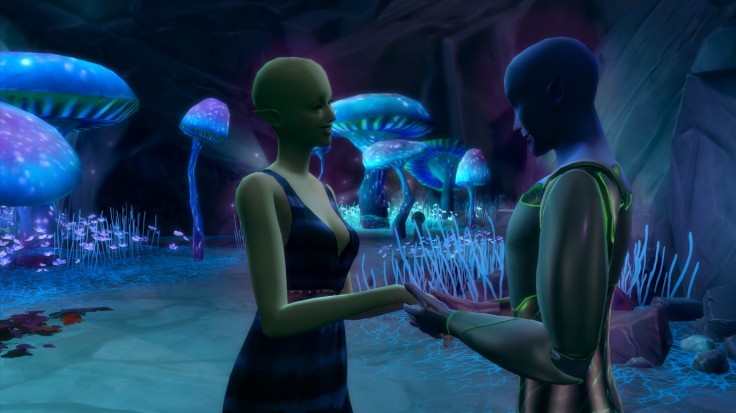 “You know your place is here, with the people who want you. With us. With me,” he held her hands softly in his.

Nothing more needed to be said. They could both read minds, after all. 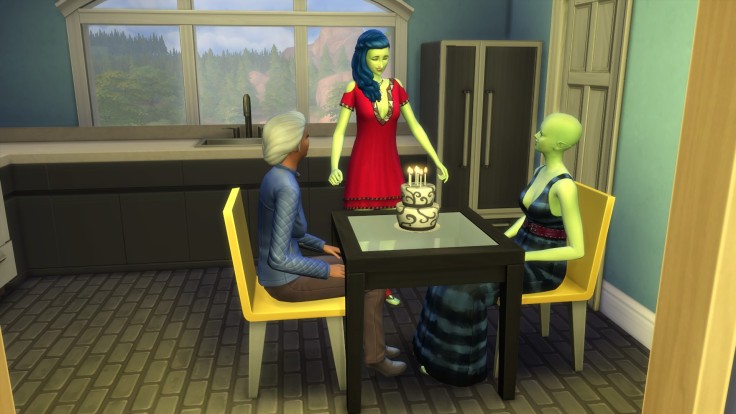 The day finally came. Pauline’s birthday. The celebration was a lot more peaceful than she had anticipated.

Maybe it was Yenn’s presence, but Pauline and her mother were finally on speaking terms again. It seemed Astrid had accepted her daughter’s wish to move back to Windenburg.

Booking her trip there was Pauline’s first order of business, followed by a quick makeover. Young adulthood was awaiting.

Pauline was beyond excited. 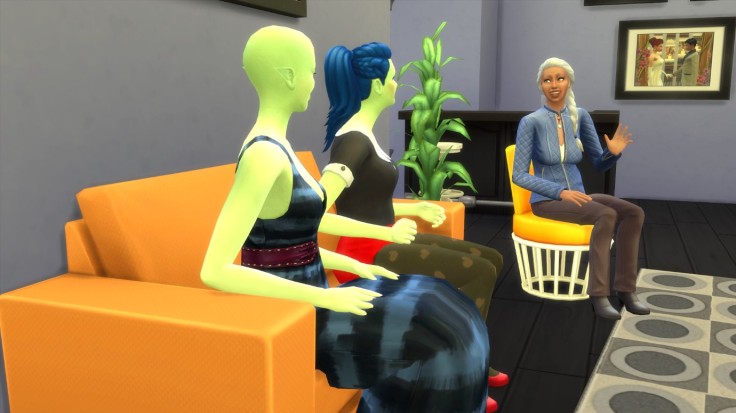 “It seems just like yesterday when your mother had the same look of anticipation in her face when she was leaving for Windenburg. Maybe you two have more in common than you think,” Yenn’s eyes twinkled.

Pauline’s throat felt dry for a moment. Would she fail everything the way her mother had? She wasn’t like her… Astrid was running away from everything; Pauline was running back home… right?

“I’m sorry I won’t be continuing your legacy, aunt Yenn,” Pauline blushed. She wished she could have the strength and wisdom of the old woman. But as Yenn had told her, in order to get those, she had to live her life.

“The legacy had a good run,” Yenn shrugged. “It might end a bit sooner than I would have hoped, but I’ve met the Grim Reaper enough times to know that nothing last forever, even the best of things. What’s most important is that you’re both happy.”

“Us both?” Pauline looked over at her mother, confused.

“I wanted to wait until after your birthday, but… I’m moving home. To Sixam,” Astrid pointed to the sky.

“But…” Pauline was searching for words. A part of her had wanted to believe the legacy would not die with her moving away. Her mother was still fairly young, she could have a new heir, restore aunt Yenn’s legacy… But not if Astrid was leaving the planet.

“It makes sense,” Astrid tried to reassure her. “I’ve never felt like I belong here. And you’re not going to be here in Newcrest. Seems unnecessary for me to stay for no reason.”

“But what about aunt Yenn,” Pauline worried. “She can’t stay here alone.” She just came back from the dead. And we’re killing all she’d ever lived for, Pauline thought to herself.

“Don’t worry on my account, Pauline,” Yenn smiled broadly. “I’ve always been a loner by nature. But if I get too lonely, perhaps I’ll travel, meet some people. You know, live a little.” She chuckled.

It still didn’t feel right, but Pauline didn’t know what to say. Astrid hugged her, and she let her. It could be the last time she would ever see her…

Perhaps aunt Yenn was right, it occurred to Pauline. Perhaps her mother and here weren’t that different after all. They were both just trying to return home. 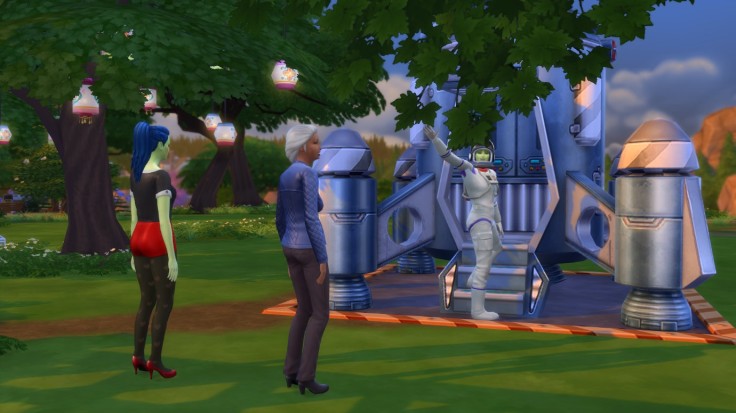 The three women walked to the rocket in silence. Astrid gave her family, Newcrest and her earthly life one last look before leaving it all behind and boarding the rocket. 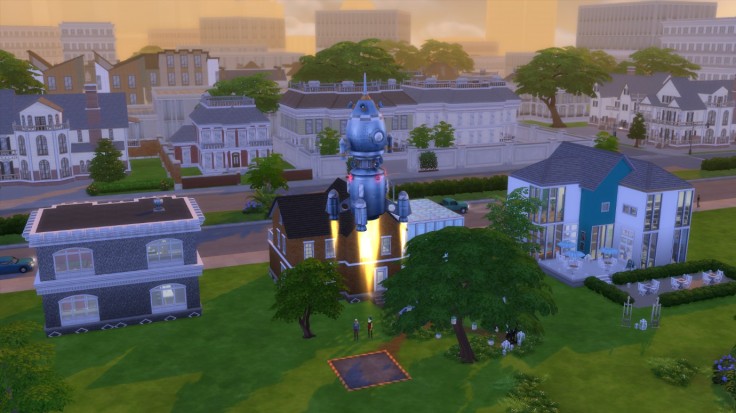 As Pauline watched the rocket blast off, she felt warm tears rolling down her cheeks. A few hours ago, she couldn’t wait to leave her mother, Newcrest and the legacy behind. But now… was it really all over?