“Actual sisters,” Pauline repeated for the umpteenth time. “Can you believe it?”

“Can you not?” Peyton grinned. “I mean, we always felt like sisters anyway. And when you think about it, what are the odds of two completely unrelated aliens ending up in the same exact location on the same planet?”

“I never thought about it that way,” Pauline paused. “It’s just… will it change things? I mean, after all that my mom had done to your parents…”

“Well, those things were done already,” Peyton shrugged. “Long before either you or me were around. So why would things change between us?

“Pauline smiled with relief: “I couldn’t ask for a better sister.”

Had things changed? Yes and no. The girls continued progressing with their careers in entertainment, playing music, throwing parties, spending time with aunt Yenn…

And while Pauline and Peyton hadn’t quite achieved Yenn’s level of zen (although let’s face it, not many people could), things seemed a lot more balanced than before. They felt right.

And the girls felt closer than ever.

Of course, that didn’t necessarily mean anything deeply spiritual. It could be something as simple as ditching the yoga session to play in the fountain instead.

“Are you sure this is ok, Peyt?” Pauline asked nervously as she stepped into the water.

“Duh, you own the place,” Peyton replied nonchalantly before jumping into the fountain with a loud splash.

The group of women sitting on the fountain’s edge stopped their chatter and turned around. 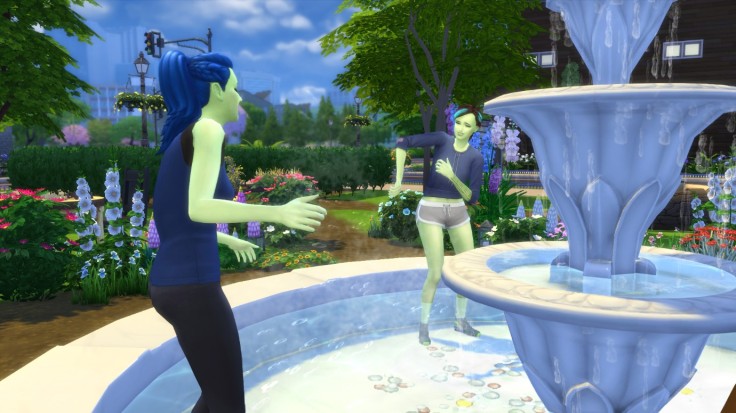 “We’re just, uh, testing the new fountain,” Pauline told them apologetically. “Want to make sure it has good endurance, we only installed it recently…”

“Let’s see if it endures this,” Peyton yelled out and started splashing at her sister.

“Hey, you think I won’t strike back,” Pauline retaliated the attack with vigour.

The trio of women just rolled their eyes and walked off in the search for a new, dryer gossiping spot.

Not that Pauline or Peyton noticed. They were too busy making up for the playful moments they’d lost out on during their childhood.

Yenn smiled and left the sisters on their own. Turning around, she spotted a pair of brothers. It appeared Noel and Leo were joined by a visitor from afar.

“Hi boys,” Yenn greeted the Bloomer clan members. It seemed like just the other day when the two of them were curious kids leaning over their newborn sister Astrid’s crib.

“Hi aunt Yenn,” Theo waved back. “Lomdra here was just telling us about how much she likes Newcrest.”

“I’m glad to hear that,” Yenn said to the alien woman. “Our family has worked hard to get it where it is today.”

“So I hear,” Lomdra nodded. “It’s a lovely place. And believe me, I’ve seen a fair share of planets! Me and my friend Danrof are thinking of settling here.”

“You should meet our Pauline,” Noel told her.

“The girls are just over there,” Yenn pointed toward the fountain. 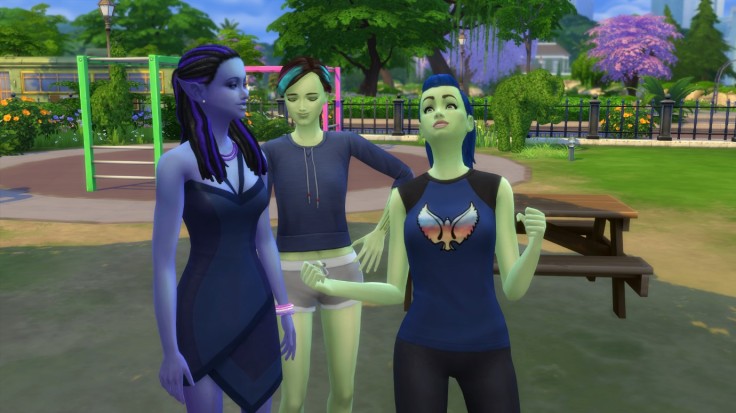 Having been called over, the sisters approached. They took one look at Lomdra and starting cheering.

“There’s even more of us,” Pauline squealed.

“There sure is,” Lomdra confirmed. “My friend Danrof is sitting just over there.”

Pauline and Peyton were trying not to stare at the two aliens, but they couldn’t help themselves.

“So, are you from Sixam?” Peyton asked.

“And how did you end up in Newcrest?” Pauline added.

“We’re not from Sixam originally,” Lomdra explained. “But it’s the last planet we visited before coming to this one.”

“Lomdra and I have been travelling for a while, looking for a good home for us,” Danrof said.

“Funily enough, our stay on Sixam is actually what lead us here,” Lomdra continued.

“When we were on Sixam, we heard of an unusual newcomer, an Earthborn alien,” she continued.

Pauline frowned. She had an inkling of who this newcomer could be.

“Was her name Astrid, by any chance?”

“Yes, it was your mother,” Lomdra confirmed.

“I didn’t read your mind,” Lomdra assured Pauline quickly. “I overheard your argument on the day you were visited your mother.”

“We liked your morals,” Danrof jumped in. “How you don’t approve of using our powers to invade others thoughts. How passionate you seem about doing the right thing.”

“And we were intrigued about this place you spoke of, Newcrest,” Lomdra carried on. “A place where aliens and humans coexisted. So we decided to see it for ourselves.”

“And we like what we see,” Danrof said brightly, looking at Pauline. “Our search for a new home is finally over.”

“We need to get going now, we still have a lot to unpack,” Lomdra stood up. 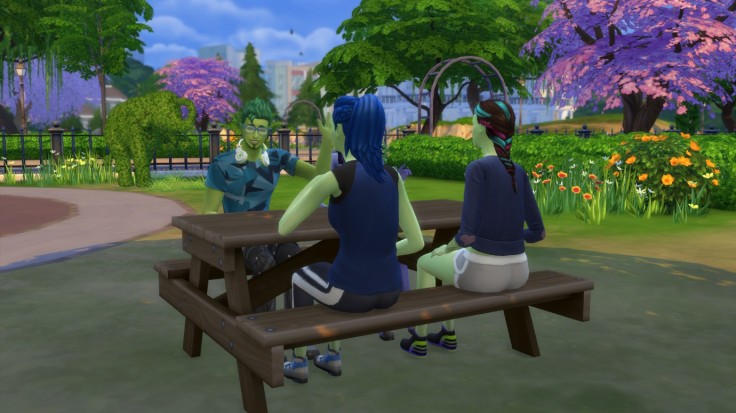 “But we should see each other again,” Danrof said before leaving.

“Well Pauline is the heir of Newcrest, so she can show you around,” Peyton winked.

“Hey, are you trying to set me up?” Pauline glanced at her sister when they were alone again.

“Not at all, he seemed to like you all on his own,” Peyton giggled.

“Well, he literally flew across the universe because of you.”

“I know,” Peyton beamed. “Isn’t that incredible? Look what a difference you’ve made to Newcrest already. Everyone is flocking here because you made it the place to be!”

Pauline hugged her sister; “It wouldn’t be possible without you Peyt!”

7 thoughts on “The Bloomer Legacy: 8.8 Brothers and Sisters V2”