“There’s definitely evidence that supports the theory that humans and aliens do attract one another,” Lomdra noted.

“Yeah, why do you think all the alien abductions started in the first place?” Danrof added.

“I thought they were mainly scientific,” Pauline said doubtfully.

“That would be the primary reason, yes,” Lomdra glared at Danrof.

“Human, alien, I don’t think it makes any difference,” Peyton offered her opinion. “I’ve never witnessed anyone treating me any different.”

“Statistically speaking, not quite,” Lomdra objected. “Granted, the data we have are limited. Danrof and I haven’t spent enough time here to contribute to the research significantly. But we know that both you and your sister have lived on this planet for a prolonged period of time, and both of you have engaged in romantic relations with humans.”

“I really wouldn’t call it that…” Pauline uttered.

“Not to mention Pauline herself is living proof that species don’t matter, duh,” Peyton interrupted. “I mean, she’s half each! My dad, her mom…”

“And look how well that turned out,” Pauline said bitterly. “Not to mention your dad had no idea she was an alien. She was disguised for the whole time.”

“Well, the findings are clearly inconclusive so far,” Lomdra sighed.

“Personally I think we should integrate more,” Danrof said happily. I’ve been attending the yoga class at the Garden of Eden Gym and Spa, and everyone’s been lovely so far. And the yoga itself is great too. It would do you good, Pauline.”

“Err, I don’t know,” Pauline hesitated. “The only time Peyton and I have tried yoga was with aunt Yenn, and we failed miserably.”

“We’re in,” Peyton jumped in. “Would be cool to do something aunt Yenn enjoys, since Pauline misses her, right?” 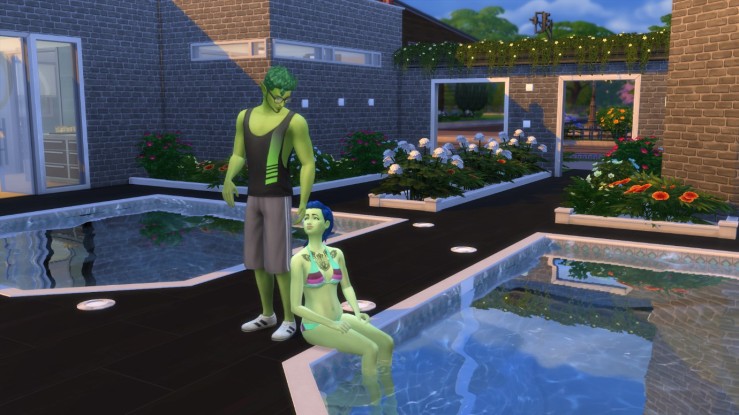 “Peyton’s running late,” Pauline informed Danrof when he arrived at the gym. “I’m pretty sure she’s trying to set us up.”

Danrof laughed: “Cool! Nobody’s ever included me in a social experiment like that!”

“That’s not exactly what I was getting at,” Pauline tried to explain.

“She’s very human-like, isn’t she?” Danrof continued regardless. “You both are, really, but it’s more expected with you. But she’s basically a human in an alien body.”

“So you do think there’s a difference?” Pauline asked.

“I think it’s a cultural one, not an innate one,” Danrof replied. “And you two confirm that.”

Pauline gave him a puzzled look.

“I like it,” Danrof shrugged. “I hope to pick up local customs too! Now, let’s go practice some yoga!”

If Danrof was going to adapt Earthly ways with the same ease and flexibility as he did with yoga, he sure was on the right track.

Peyton, who tippy-toed into the glass after it had already started was not quite a natural. But anything to encourage Pauline to live a little, she told herself.

As soon as the embarrassing yoga session was over, Pauline snuck out into the gym area. She spotted Royce. She could use a pick me up, she thought as she walked towards his treadmill.

“Peyton,” Royce looked at her uncertainly.

“Well hello there handsome,” she waved at him flirtatiously. “Is now a good time for that skinny dipping session you promised me?”

“I don’t know what you’re talking about,” he responded sharply.

“What?” Peyton was baffled. “I mean, I wasn’t actually going to make you undress…”

“I should hope not!”

Peyton was still in shock: “Is it something I said?”

“Look Peyton, no offence, but green-skinned women really aren’t my type… why would they be anybody’s type?” Royce looked around nervously.

“Excuse me? Than why did you…”

“See Anna on the treadmill there? She’s more my kind of girl…”

Pauline and Leo both stopped for a moment and just looked at each other. They’d both approached Peyton and Royce at the same time.

“Nothing to see here at all,” Royce replied evasively. “I mean, no hard feelings, Peyt, right? Now, let me go find Anna…”

“What a plum,” Leo said angrily.

“Ugh, let’s go outside and go find Danrof,” Peyton sighed. “I’ll tell you all about it.” 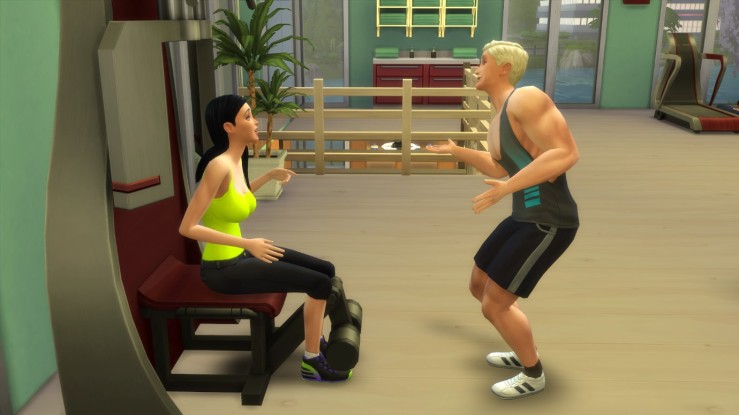 As they made their way out, Peyton could not help but feel the tiniest bit of satisfaction; by the looks of it Anna hadn’t even noticed Royce, she had her eyes on someone much buffer.

“Mind if I join you guys?” Leo leaned over the edge of the hot tub.

“Depends, are you ok with being seen with a bunch of greenskins?” Peyton asked sarcastically.

“Hey, Royce doesn’t speak for everyone,” Leo noted. “I for one definitely find alien girls attractive… and half-alien ones too,” he shot Pauline a quick glance.

Peyton smirked: “You may proceed.” 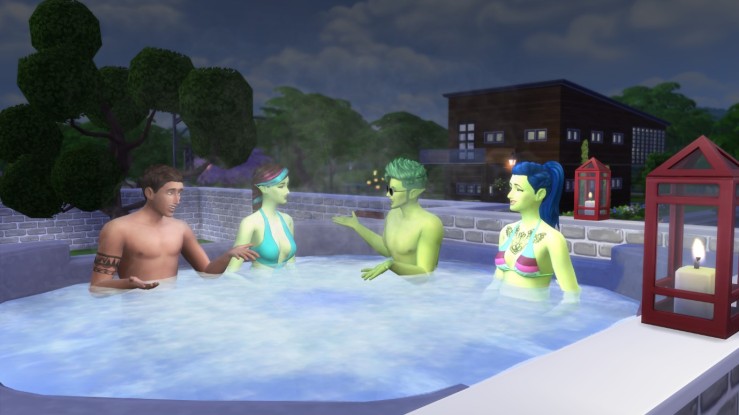 “See Peyton, this supports our research,” Danrof said enthusiastically. “There might be some exceptions, but clearly some humans are attracted to aliens.”

“I don’t know if you can take it at face value,” Pauline spoke up bitterly. “Flirting with women is a part of Leo’s job description. Regardless of their species.” She looked away.

“Is that so?” Danrof asked with genuine curiosity. “Do you flirt with Pauline because you legitimately like her, or is it a part of your bartender persona?” 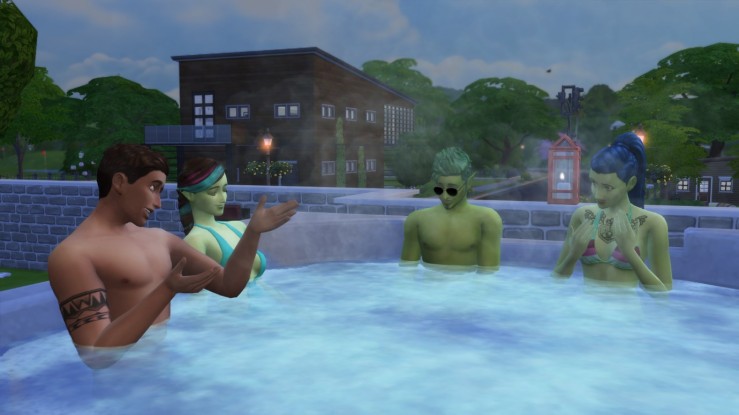 “Of course it’s a part of my bartender persona,” Leo replied looking directly at Pauline. “But why would that mean I don’t legitimately like her?”