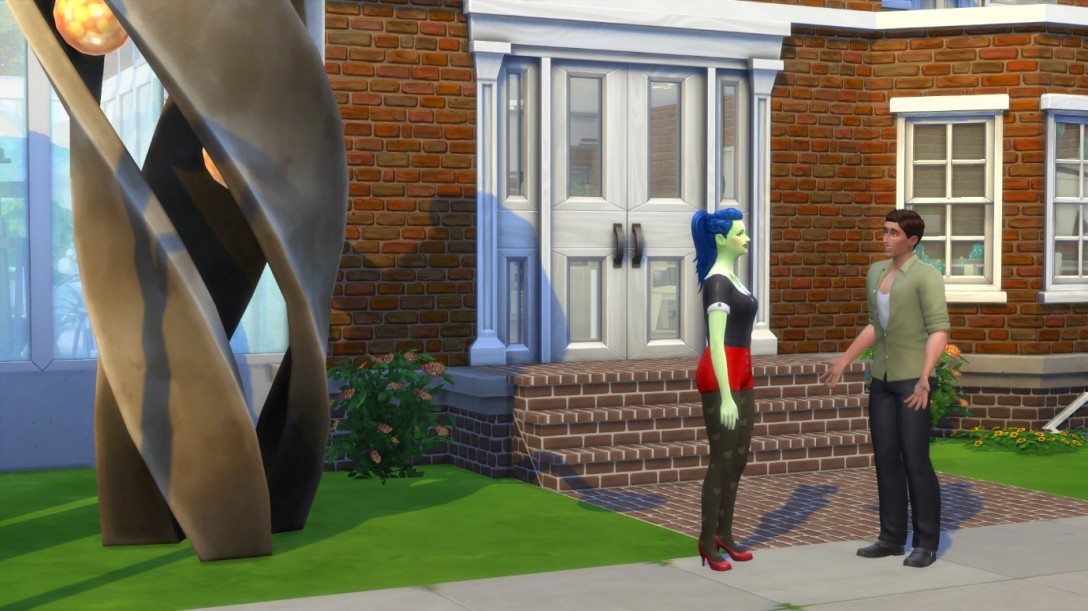 “Surprise!” Leo exclaimed. “I thought I’d take you to the art gallery your mom built, since you must miss her now that she lives all the way on Sixam!”

“Right,” Pauline gritted through her teeth. Astrid was the last person she wanted to be reminded of.

The date was off to a disastrous start already. 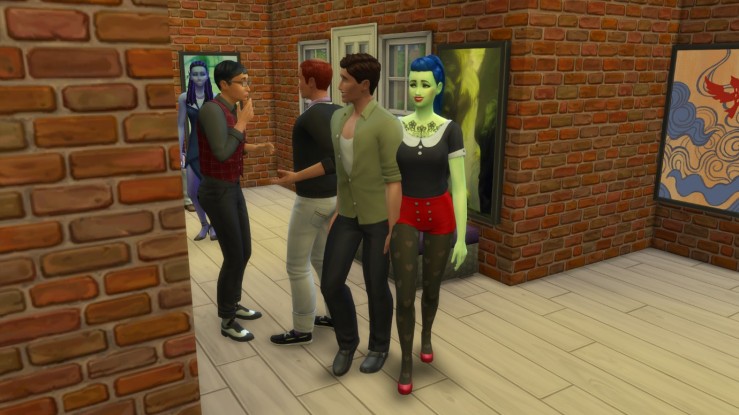 Still, she did like Leo, so she forced a smile and followed him inside, trying to pretend enthusiasm for the paintings she loathed.

Bumping into her uncles who were discussing Astrid’s assumed whereabouts did not help. 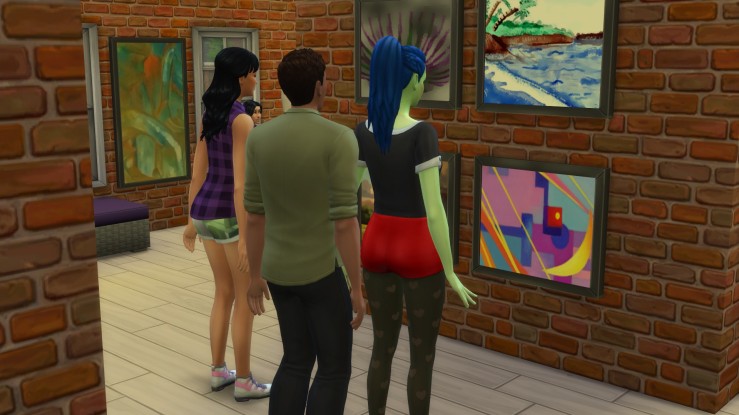 “I’ve got to say your mom’s range is incredible,” Leo pointed out. “These are so diverse!”

Pauline felt sick to her stomach; “That’s my mother alright. Never sticking to one style for too long. Or to one identity.”

“We should probably sit down for this one,” Pauline gestured towards the glass area with benches. 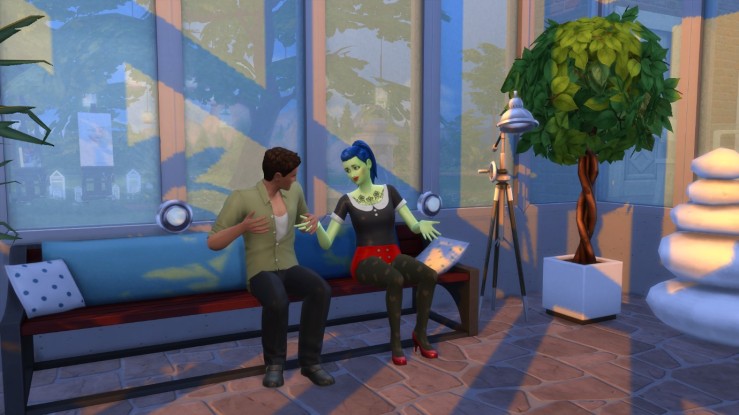 “You see, my mom would always swap her disguises and identities, since she always loathed herself,” Pauline started.

“Don’t be. I’d hate myself too if I were her. Thinking that she was a terrible person was the one thing she was right about.” 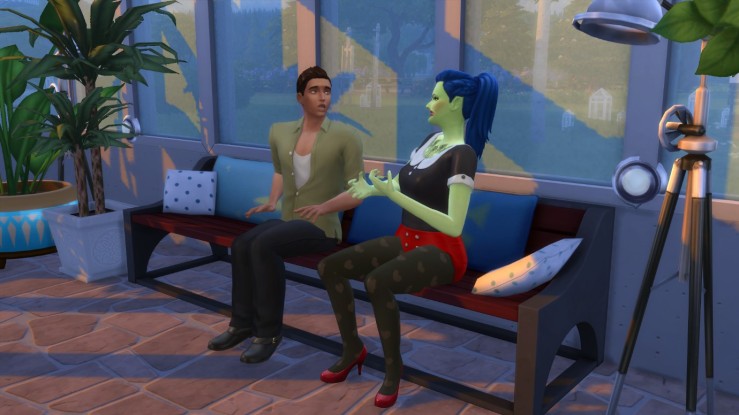 “I… I don’t understand,” Leo confessed. “Granted I didn’t know Astrid too well, but she seemed nice enough, just a little bit sad.”

“That would be because she wiped the memories of everyone she supposedly cared about, including my father, lied to me about mankind, kept me a prisoner on an island until we moved to Newcrest and called me a monster when I was just a little child… just to name a few of her quirks.” 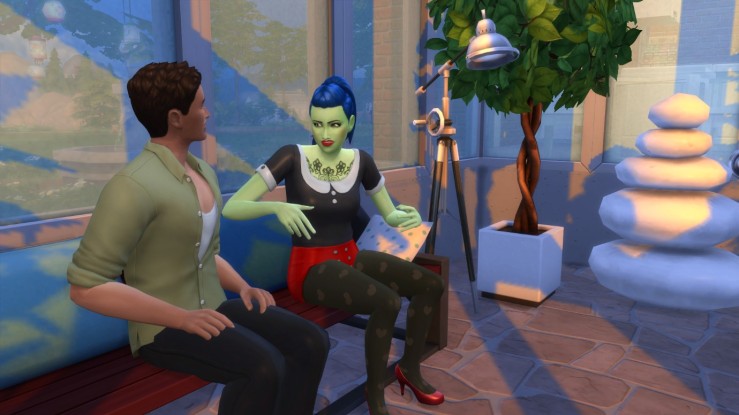 “I’m sorry Pauline, I had no idea,” Leo said quietly.

“The worst thing is, when I finally found out about all of her lies, and about who my dad is, she tried to erase my memory too.”

“Apparently so,” Pauline shrugged. “I suppose if you call your own child a monster, you don’t have much respect for their thoughts…” 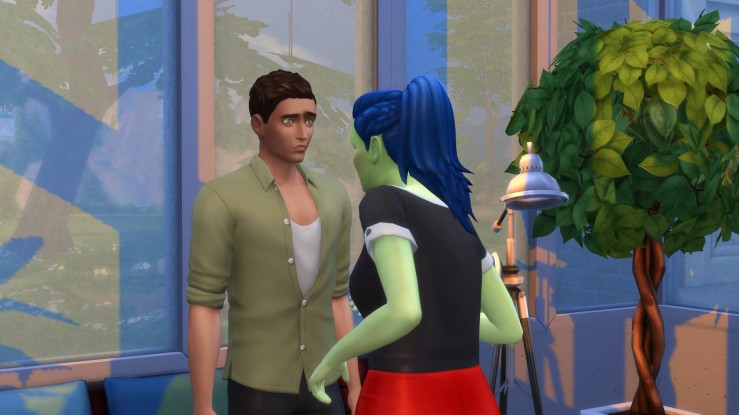 Leo stared at her, dumbfounded.

“I’m sorry, I’ve ruined the date, haven’t I?” Pauline asked sadly. “I didn’t want to bring it up, it’s just… all these plum paintings remind me of growing up on that island she trapped me on.”

“No, don’t apologise. It’s my fault. I picked the worst place imaginable to bring you to,” he laughed bitterly. 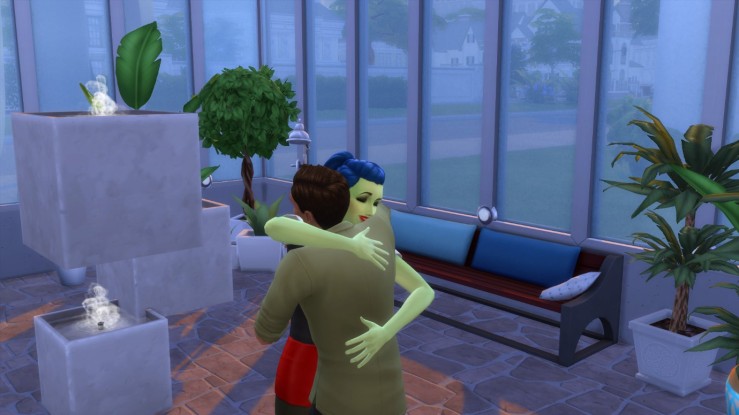 “You couldn’t have known,” Pauline hugged him. “You were just trying to be nice, I get it.”

Leo pulled her closer. For a moment, Pauline forgot she was in that plum art gallery. 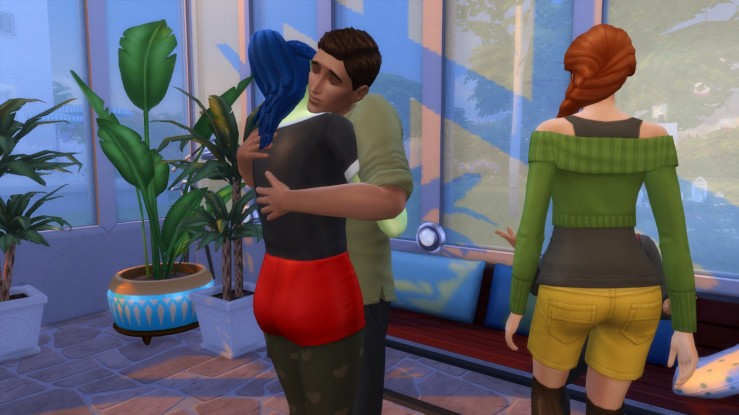 “I’d never do anything to hurt you, you know that?” he whispered. Before Pauline could reply, he continued:

“Let’s get out of here! We could both use some fresh air!”

They exited the museum, passing the last paintings Astrid hadn’t finished before moving to Sixam. 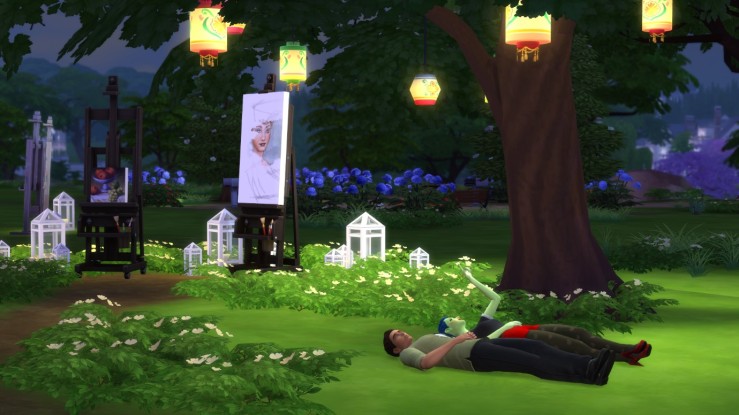 “Shh,” Leo placed his finger on her lips. ”Don’t think about her. Come, let’s watch the stars…”

They lied down on the ground, gazing upwards in silence for a moment.

“You see that constellation over there? The one that looks kind of like a plumbob? That’s where Sixam is,” Pauline pointed towards the sky. 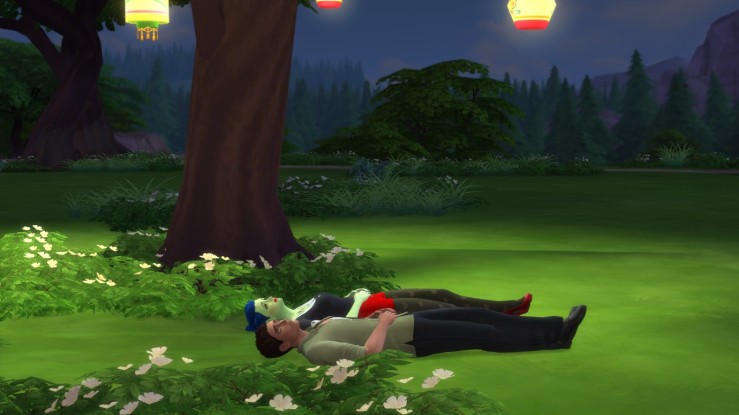 “And she’s happy out there,” Pauline continued. “In spite of everything she’s done. How is that fair?”

“I wish there was something I could say to help you,” Leo told her.

Pauline sighed: “You must think I’m a horrible person. I don’t want my own mother to be happy! Maybe I am a monster!” 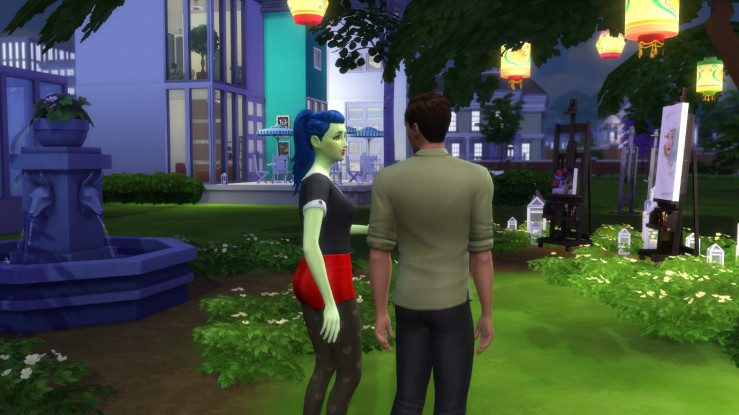 “I know, you could have saved yourself this pathetic date experience,” Pauline stood up.

“You’re very kind,” Pauline smiled at him mournfully. “But I’d like to be alone, if you don’t mind. I’m sorry tonight turned out to be such a mess.” 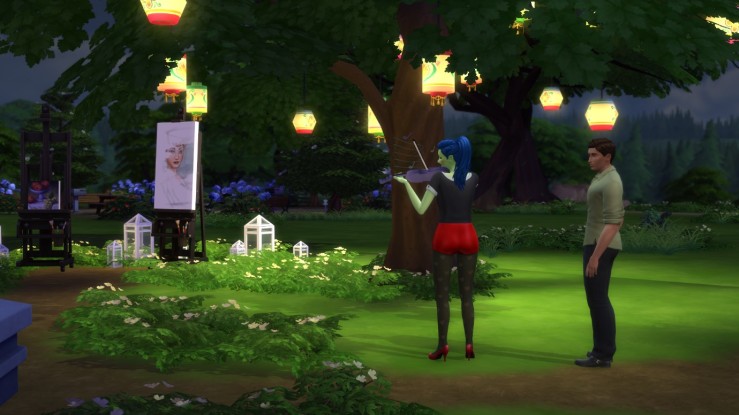 Leo wanted to reply, but Pauline had already turned away. She pulled out her violin and started playing.

For a while, he just listened to the sorrowful melody. But he didn’t want to pry, so he walked away in the end. 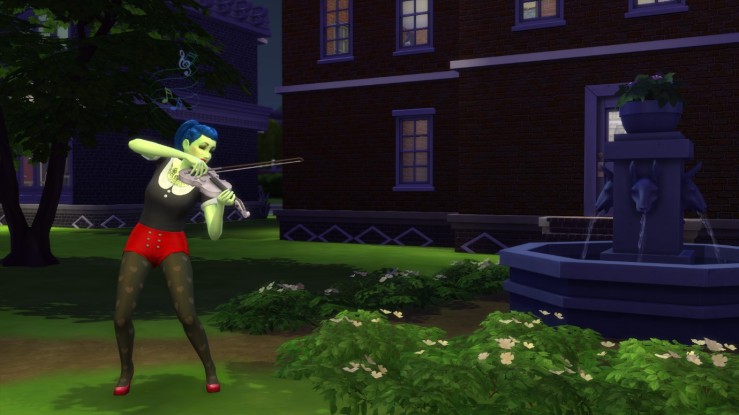 Pauline composed her first song that night. Perhaps, with the help of music, she would be able to let go of the anger and hate she felt towards her mother sometime. But tonight was not that night.