Do you ever feel like the life you’re living isn’t yours anymore? Like you’re just going through the motions? You’re there one moment, and couldn’t be happier; and suddenly, some entity out there seems to decide “nope, you’ve had enough”, snap their fingers and it all falls apart…

The past you’ve burried somewhere deep down inside, in a forgotten place comes back to haunt you, with a thousand piercing what ifs. You wake up, and the man next to you who you’ve loved for years feels like a random presence in your life. Yes, the past is in the past. Yes, he loves you. But does it matter, if you feel like you’ve been a zombie that’s just awakened back to their mortal life?

I never asked for those memories back. I’ve been happy leading my life without them. Now that they’ve been returned, I feel like they’re flooding into my life through every tiny gap that they can find. Close the door? They’ll creep in through the window. Slam the window shut? They’ll find a hole in the ceiling. It’s no use. Once the past has been unleashed, you can’t stop it from accompanying your every move. 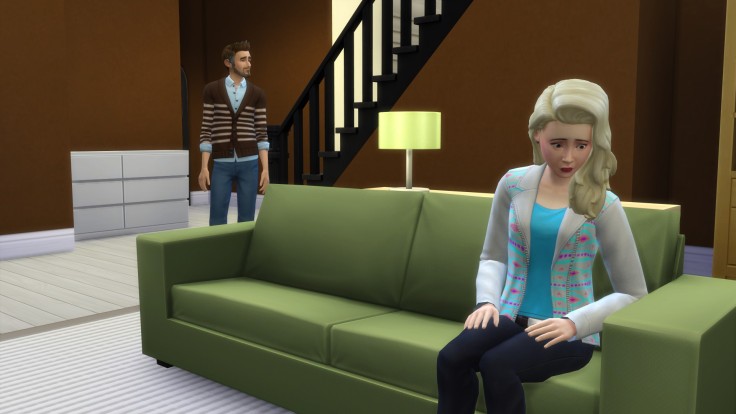 “I know something’s wrong,” Paolo said to me finally, days after we’ve returned from Newcrest. “You’ve been distant ever since we got back.”

I looked into his dark eyes. For years, all I’ve seen in them was my husband, my companion, the one who knows me better than anyone. But who do I see now? I don’t even know…

“No. I know exactly what it is,” he said with an unusual seriousness in his voice. “We still haven’t talked about the memories we got back. The ones that were stolen. And I… I’m sorry. I didn’t know. If I’d known I would have spent every day of my life trying to make it up to you.”

I shook my head: “Oh, you mean cheating on me the night before our wedding? I guess in the grand scheme of things, it doesn’t matter.”

“This isn’t what you said in Newcrest,” he pointed out. “You said it was all in the past…”

“I didn’t want to stand between you and your daughter,” I said dryly. “So I took myself out of the equation, to let you get to know each other.”

I thought of the time him and Pauline spent in Newcrest, ecstatic to have found each other. With me in the sidelines. No, I wouldn’t interrupt. I wouldn’t do that to them. But…

“But it changes things,” he said.

“Does it?” I wasn’t sure. Nothing has changed, in reality. The reality has been the same for years. We were just blind to it. I was blind to it.

Paolo looked at me, his eyes begging: “We’ve been married for over twenty years. Does that not count for anything? Are you going to forget that time, because of memories that we were forced to forget, a long long time ago?”

“Memory is a funny thing, isn’t it,” I trailed off. Back to the present. But the present hurts. What is all this anyway? “Our marriage is a fraud. Our love is a fraud. If our memories weren’t wiped, we never would have gotten together in the first place.” 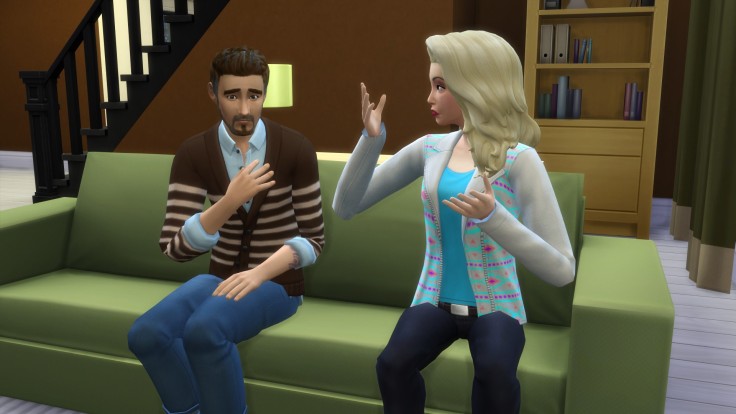 He touched my hand hesitantly: “Maybe. Maybe we wouldn’t have gotten together. But does that make it any less real? Because I know that the years we’ve had together have been real to me.”

Paolo has never been a deep thinker. But the occasional deep statement he makes tugs at all the right strings. That’s why I’ve fallen for him, way back… stop.

“You loved her. Astrid. My friend. And when that was all erased from your mind, you just projected your feelings on to the closest thing you could find. Our relationship, it’s all been a scam.”

“I loved her,” he agreed. “I was made to forget, but you’re right I did. Make no mistake though; I love you so much more. Those memories of long ago, they’re all fuzzy and blurry. I just remember a feeling…”

“I guess that’s what happens when your memories get wiped and then returned,” I said bitterly.

“Maybe,” he shrugged. “But maybe it’s like that with any old memories that don’t matter anymore. They’re there, and they might come back to you every so often, but at the end of the day, it’s not who you are anymore. Or where you are. Or where you want to be. I want to be with you, Candy. I did when I asked you to marry me, and I do now. If you’ll still let me.”

“I… I’ll have to think about it,” I paused. “I haven’t forgotten about what we’ve had. No memory wipes this time. But… It all feels so empty now. Like somebody switched a button.”

“Then I’ll have to find that switch,” Paolo said, determined.

“I don’t think it’s that easy.

“Of course not,” Paolo replied. “But I have time. For the first time in years, I see the whole picture. And I don’t want you out of it. Just give me a chance.”

I thought of our wedding day. Of my first big concert Paolo cheered at. Of Peyton’s first day of school, when we both walked her to the bus – she was so nervous, the poor little thing – and Paolo reassured her. Of the evening we renewed our vows, just a few days ago…