Pauline couldn’t wait to see Leo again. Luckily for her, he felt the same way so the two lovebirds met in the Ruby Perrin park the very next day. 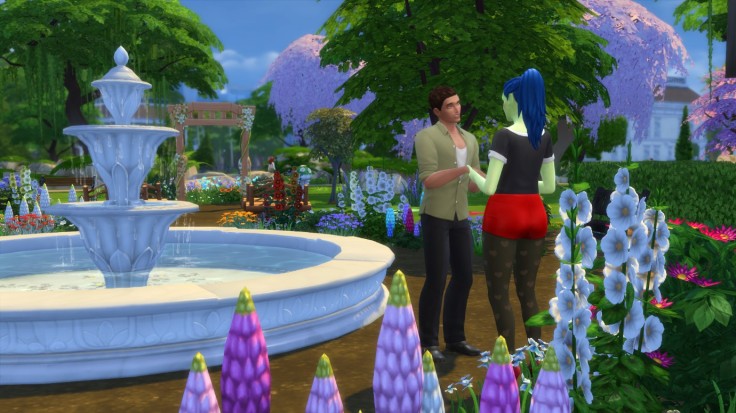 “You look pretty,” Leo greeted her.

“I look the same as always,” Pauline shrugged.

“That’s because you always look pretty,” he smiled.

“You know, there’s one thing I’ve always wanted to try ever since we’ve put this new fountain in,” she said mischievously…

“Putting soap in the fountain?” Leo fake gasped. “Surely that’s not what the Newsrest heiress should be doing,” he teased.

“Probably not,” she smirked. “Will you tell on me?”

“Your town, your rules.” 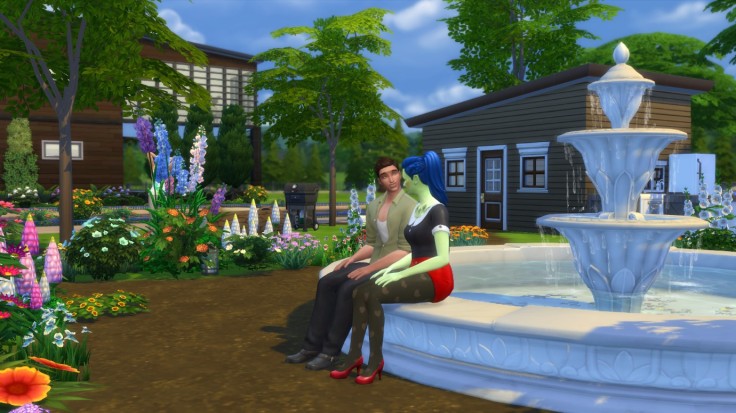 “I still forget about all of this responsibility,” Pauline grew serious. “It was so much easier when I was just a girl living on an island who wanted nothing more but to have friends and be free. Now the whole town relies on me, and I have 7 generations to live up to…”

“They’ve set up a good foundation for you,” Leo told her. “Newcrest is the best place I know.”

“I know, but maybe, in a way, they had it easier,” Pauline pondered. “There wasn’t much around, so they had no one to be compared with.”

“You won’t,” he reassured her. “Just do what your ancestors did – follow your dreams and hope for the best.”

“Easier said than done,” she chuckled. “Anyway… sorry to have such a serious conversation right off the bat. But this legacy is important to me. It will come up often… if you stick around, that is.” She added, flustered.

“I suppose another tip for the legacy is never start what you can finish… because you’ll have to live with the consequences,” Leo grinned impishly.

Instead of an answer, Leo started splashing her with the fizzy water.

Before Pauline knew it, they were in the fountain, bubbles flying everywhere.

They ran around like crazy kids as if the time had stopped, splashing at each other. 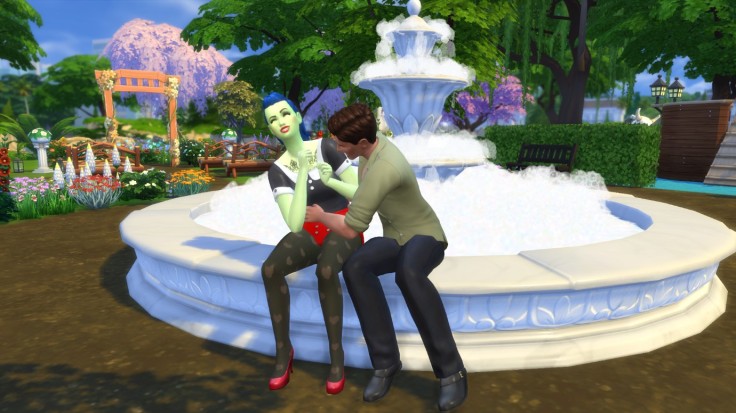 Leo seemed to slow down suddenly: “I could think of a thing or two…” 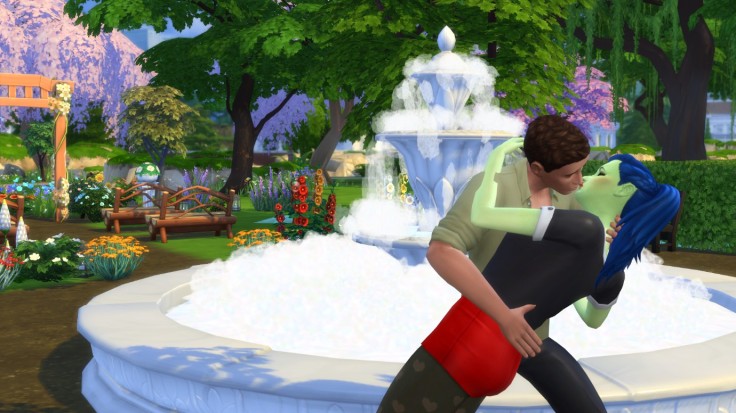 And with that, he swept her in his arms in the longest and most passionate kiss Pauline had ever experienced. 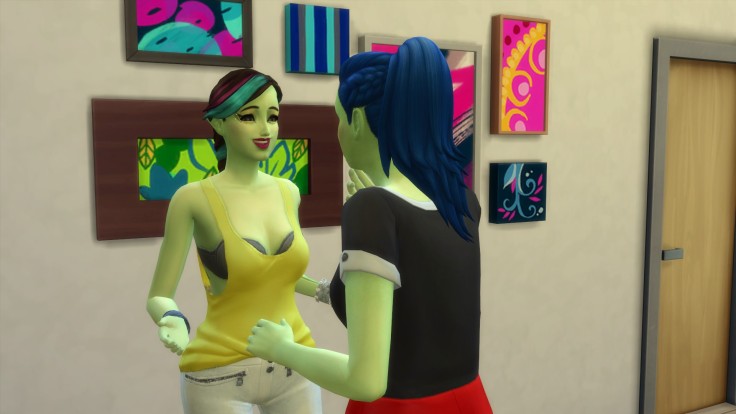 Naturally, Peyton was elated for Pauline. Her sister deserved all the happiness in the world. But while Peyton’s excitement and encouragement were real…

…she couldn’t help but wonder but things haven’t really been going her way lately. She used to be popular in Windenburg, and although she was hardly lonely now, it didn’t feel like she had as many friends.

Her career in the entertainment industry wasn’t really progressing much (Pauline, on the other hand had just become a jingle jammer, entering into the music business).

And as for Peyton’s love life… aside from all the plummery with Royce, there was nothing new on that front whatsoever.

No, things were definitely not going Peyton’s way… 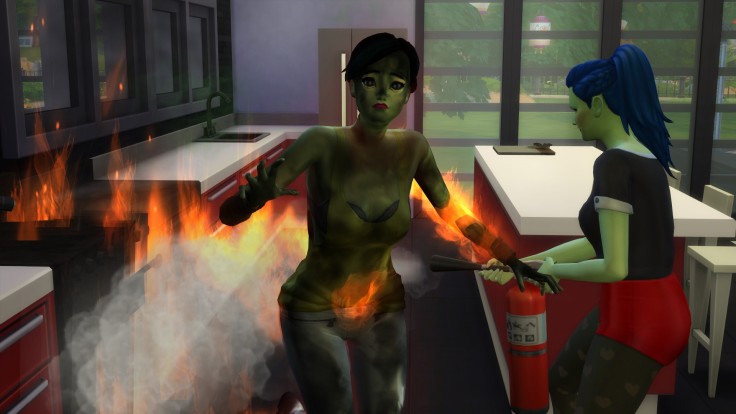 “Run,” Pauline yelled making her way to the fire with an extinguisher.

Not that Peyton needed prompting.

Thankfully Pauline managed to extinguish both her sister and the kitchen. Crisis averted. 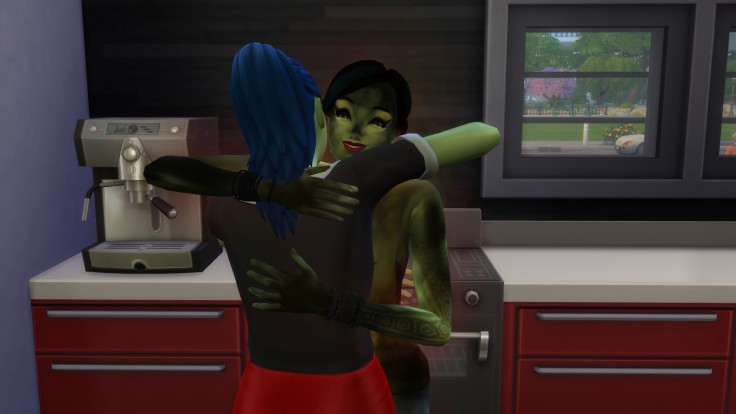 “Or ask your foodie boyfriend to cook,” Peyton winked.

“Pfft, we can take care of ourselves,” Pauline objected. “Girl power, remember!”

“You sure looked like a superhero with that fire extinguisher,” Peyton grinned.

But on the inside, she didn’t feel like smiling at all. 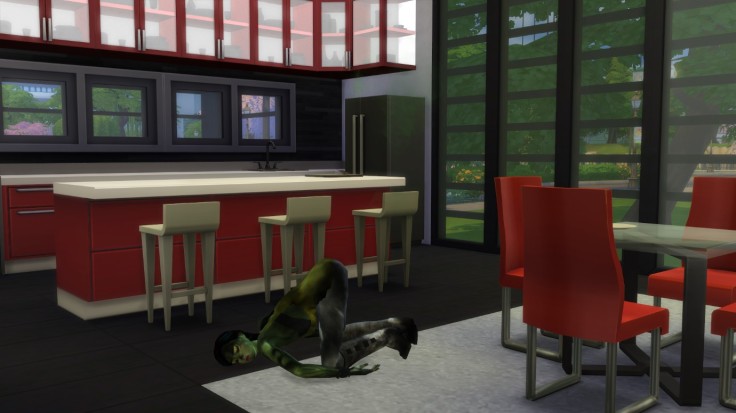 Since when was it her who needed to be saved by Pauline, and not the other way around?