He seemed calm, almost serene. Astrid didn’t know what to make of it. She expected Paolo to be angry or distant like Candy, but instead, there was a smile on his face.

They walked far enough from the wedding festivities to get some privacy. Now that it was only the two of them, it felt like the whole world has disappeared. Astrid’s stomach was doing cartwheels. 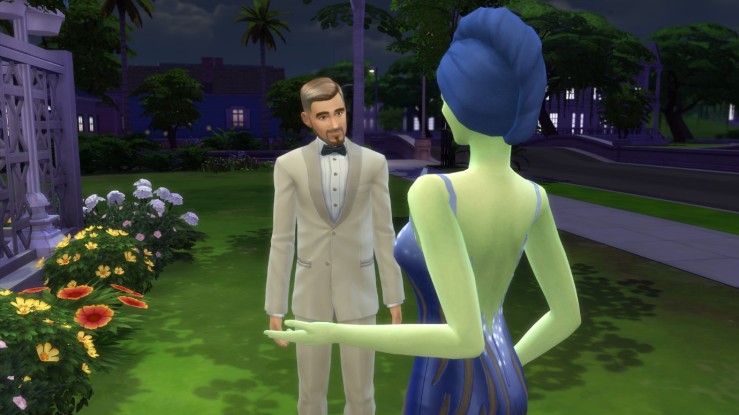 She opened her mouth, but words failed her.

Paolo helped her out; “So, you’re Astrid.”

He studied her face with a strange smile.

“I know we’ve met, of course,” he explained. “But it almost feels like it was in someone else’s life, and not mine. Besides, I’ve never actually seen what you really look like.”

“And… what do you think?” Astrid asked, in spite of herself.

“I see a lot of both of my daughters in you,” he smiled.

Here we go, Astrid thought. “You should know that the alien responsible for your abduction was the same alien that abducted my father. So the similarity with Peyton… it’s not a coincidence.”

“Oh.” Paolo processed the new information for a moment. “Just when you’d think the family couldn’t get any more messed up.” 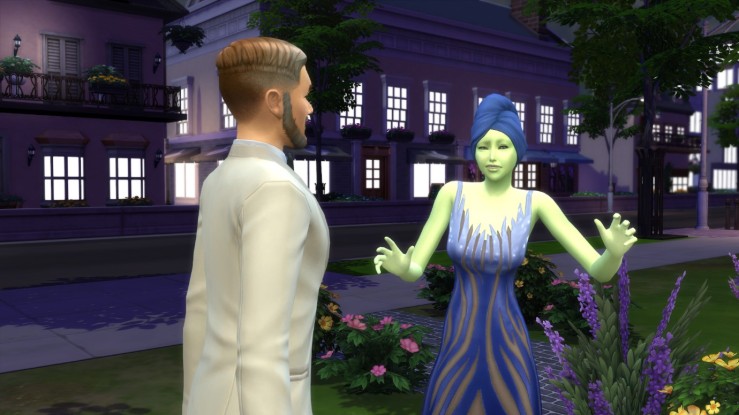 “I never meant for any of that to happen to you,” Astrid exclaimed. “And I never wanted to hurt you either. Not you, and not Candy. She was my best friend. And you…”

Astrid couldn’t bear to go on. How could she even begin to describe how she felt?

“You said Pauline and I look similar,” she resumed speaking finally. “Well, I don’t see it. You’re all I see when I look at her face. There was a time when she was little, when I told her both she and I were monsters. I remember it to this day.”

Astrid paused, waiting for Paolo to disapprove of her behaviour, tell her she failed as a mother. But he didn’t say a thing. He was just listening. She carried on:

“I hated myself, and I hated that she got my skin to burden her forever. But the older she got, the more I saw it. She was all you. She is all you. And she’s beautiful.”

“I can’t even begin to explain how glad I am that you two somehow have a relationship now, in spite of everything I did. Pauline hates me, and I can’t imagine how much you must hate me, but I’m so happy you don’t hold that against her.”

“I don’t hate you,” Paolo finally spoke. “I’m not even angry at you. I’m not going to say you did everything right, but I only have the life I have because of you. So thank you.” 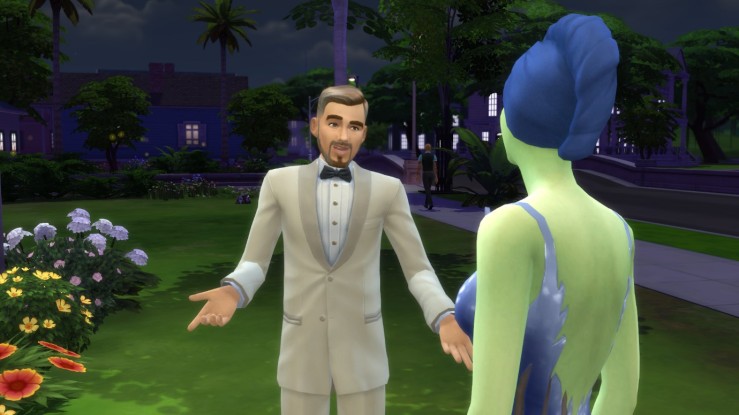 “You gave me two wonderful daughters. You brought me to Candy. You made me grow up. You made me stop thinking just about myself. I loved you.”

She looked at him, with expectation palpable in her eyes.

He turned around, making his way back to the reception.

Paolo sat down beside his wife.

“So, how was your… chat?” she asked bitterly.

“I’m so sorry,” Paolo said tearfully. “I know that must have been horrible for you. It’s just, if Astrid taught me anything, it’s that you shouldn’t leave loose ends.”

“I needed to meet her, to finally understand it all,” Paolo tried to explain. “To understand who I was, and the hold she must have had on me for me to have cheated on you. Finding out what I did to you, after all this time… I can’t take it back.”

He looked his wife in the eyes and continued: “We both know you can never take anything back, even if you erase it from people’s minds. Well, I don’t want to erase it. I just want to prove to you that I can be a good husband, and make it up to you every day. Am I making any sense?”

Slowly, Candy stood up. She let out a small chuckle. And then she burst in full-blown laughter. She couldn’t seem to stop herself.

“I get why you’d laugh at me,” Paolo said finally. “I do sound like an idiot.”

“No, you don’t understand,” Candy interrupted. “I wasn’t laughing at you. When you came back after talking to Astrid, I thought you were going to say you were leaving me for her.”

Paolo blinked: “What? I would never…”

“I get that now,” Candy stopped him. “Look… we’re ok. Or we will be. I would say let’s forget about it, but the irony of the situation isn’t lost on me.”

“And you’re right,” she carried on. “Nobody should close their eyes to the past. So… let’s not forget. Let’s move on.” 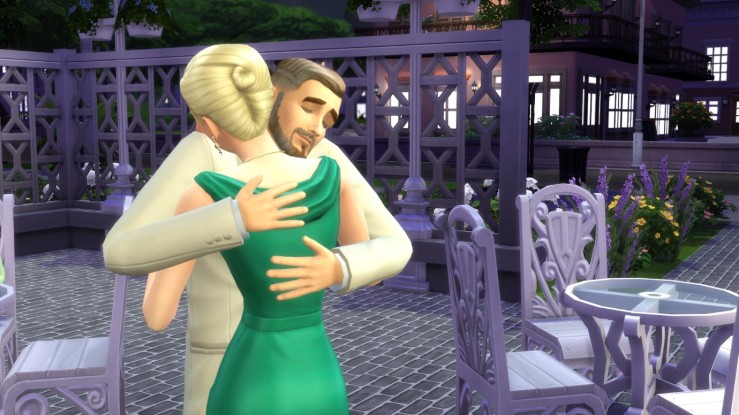 Paolo hugged his wife tightly. Things had been rocky between them ever since their memories got returned, but he now finally knew they’d be fine again. They had to be. 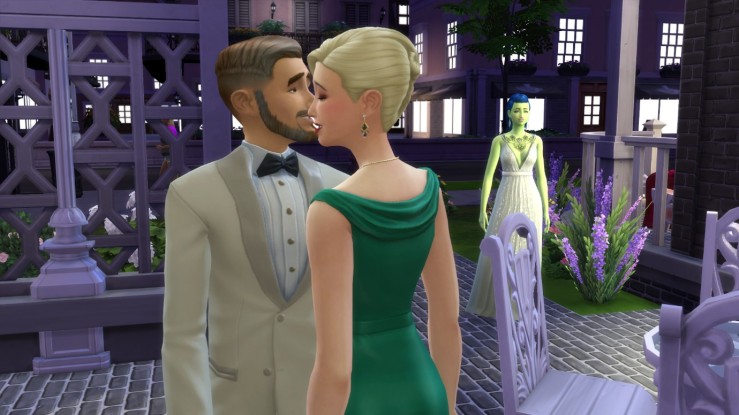 The bride watched them from the distance with a smile. Her wedding day was a day of love. The rekindled love between an estranged husband and wife… 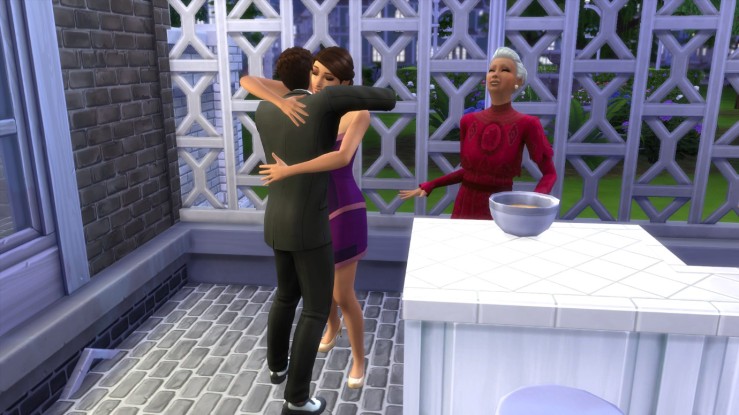 And of course, aunt Yenn’s vigorous love of life itself.

What a fantastic day.

Yenn noticed Pauline was looking at her. She stopped dancing and walked over to her.

“You know what would make this day even better?” Yenn asked her conspicuously.

“Have you just read my mind?” Pauline grinned.

“Figuratively, of course,” Pauline giggled. “I know that in this family, things like that have become an actual accusation.”

“Speaking of which, I was going to suggest that you talk to your mother,” Yenn said.

“Ugh,” Pauline groaned. “That’s SO not what I was thinking.”

“I know,” Yenn said. “But right now, your grudges are the only thing clouding your special day. And you can change that. Change the memory in a very real way. No alien powers necessary.” She smiled.

“You really need to stop being so annoyingly right all the time,” Pauline rolled her eyes. And with a sigh, she approached her mother.

They sat together in uncomfortable silence for what felt like an eternity. At least, Pauline thought it was uncomfortable. But she noticed her mother beaming.

“It was a beautiful wedding,” Astrid said eventually. “Thank you for letting me stay. That couldn’t have been easy. You’re a much bigger person than I’ll ever be.  In fact, you’re nothing like me, thankfully. I’m proud of you, Pauline.” 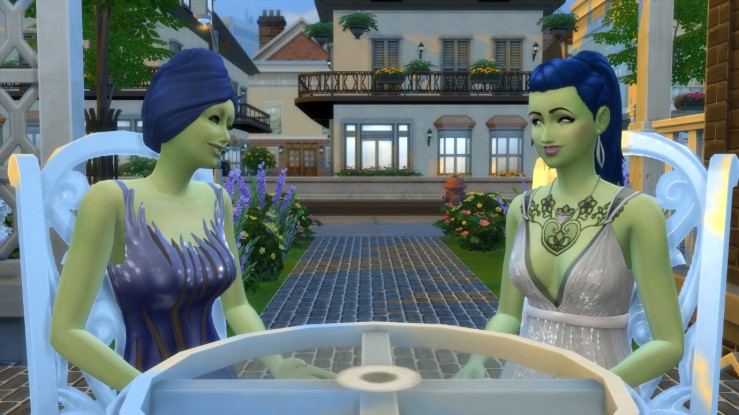 Pauline could feel the corners of her mouth lifting in a smile.

Neither of them said anything else, but neither stood up either.

“Sorry to interrupt your, err, conversation,” Leo came to the table. “But the sun is up.”

“I can’t believe the party lasted all night,” Pauline yawned, suddenly feeling the fatigue set in.

“More importantly, we have a plane to catch… if we want to go on our honeymoon, that is.” Leo smirked.

Leaving the wedding venue behind, Leo took Pauline’s hands in his.

“Looks like you two had a bit of a moment,” he said. “I hope you don’t mind I whisked you away.”

“Are you kidding? Keep on whisking!”