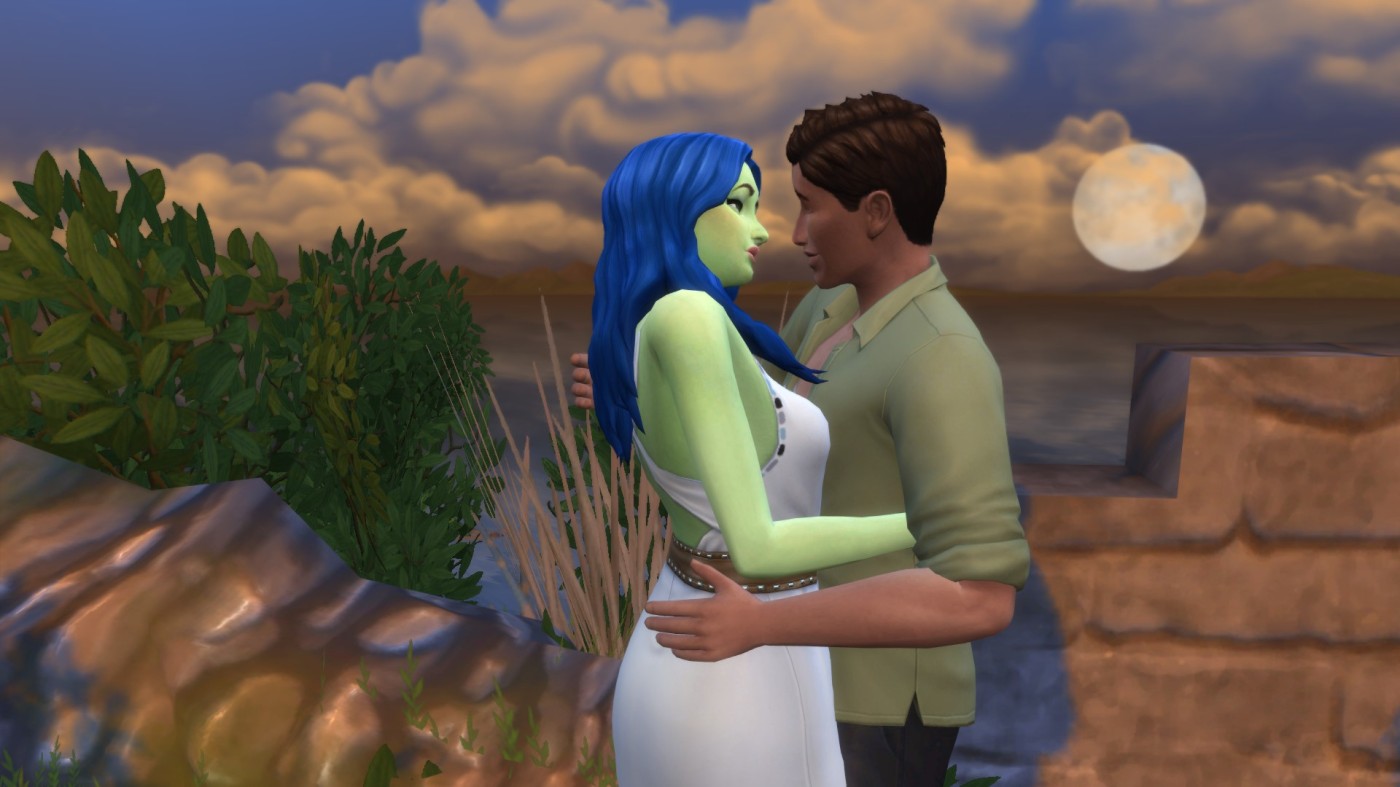 Pauline and Leo’s time on the island passed all too quickly, and soon, it was time for them to leave. But they weren’t headed back for Newcrest quite yet, they had a stop to make in Windenburg first…

“How are the newlyweds?” Paolo greeted them at the Rocca house.

“Never better,” Pauline assured him. “What’s new with you two?”

“We do actually have some news,” Candy ventured. 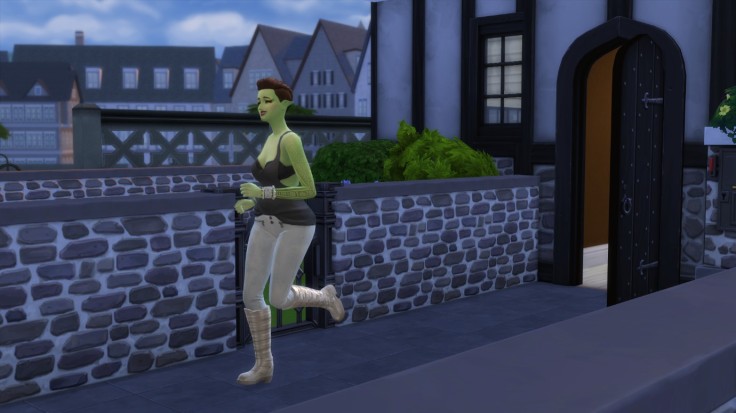 “Sis!” The door slammed open as Peyton leapt out.

“Always one to make an entrance, Peyt,” Pauline hugged her sister.

“Well it’s only my favourite sister!”

“So, do you know what the big news is?” Pauline asked.

“No idea,” Peyton shook her head. “But I do kind of have news of my own. I’m seeing someone!”

Pauline’s eyes widened. “No way! Who!”

Paolo’s head peaked out of the door: “Are you two coming in or what?”

“We don’t really cook much in this house, I was just going to order pizza,” Candy said apologetically.

“Oh, I’d be happy to whip something up,” Leo made his way to the counter. “If you don’t mind, of course.”

“By all means, though you don’t need to – you’re the guest! Not to mention we barely have anything in the fridge.”

“I can work with this,” Paolo grinned to himself. “And I don’t mind at all, I love cooking. I’ve been getting all fidgety at the resort, not being able to make our own food!”

“Pauline sure knew how to snatch herself a good one,” Candy sat down happily.

“You look happy,” Paolo noted as he and his daughter got comfortable in the living room in the meantime.

“I am! Though it’s just the beginning for us. You should give me lessons on married life…”

“I’d be the worst teacher ever,” Paolo threw his head back in laughter. “I’ve hardly been the model husband.”

“But you’re ok, right? I… I did see you talking to her at the wedding.”

“She is your mother, Pauline. Maybe you should try talking to her more too.”

“To answer your question, yeah, Candy and I are great. We’re better than ever, really.”

Paolo stood up and headed over to the dinner table. Pauline was about to follow, when a wave of nausea surprised her. Surely she wasn’t repulsed by the smell of Leo’s food, she always loved his cooking….

Luckily, Pauline’s appetite returned as quickly as it had left her. The whole family was munching on the dessert happily.

“You should consider doing this professionally, Leo!” Candy revelled in the food.

“He has,” Pauline said with her mouth full, helping herself to an extra piece of cake. She suddenly felt very hungry, in spite of having just eaten.

“I have a little blog where I share my recipes, I’d hardly consider that professional,” Leo said modestly. “I have been looking for culinary jobs, but it’s a tricky one, there’s no restaurants in Newcrest, or even Magnolia Promenade.”

“You could always commute,” Paolo suggested.

“Maybe… anyway, didn’t you two have some news to share?” Leo changed the subject.

“As a matter of fact, we do,” Paolo grabbed his wife’s hand.

“Expecting what?” Pauline looked at them, puzzled.

“What do you think, honey?” Leo grinned. “Congratulations, that’s amazing!”

“I thought you couldn’t have children… sorry, that came out wrong.” Pauline corrected herself.

“It’s ok, we thought the same thing. We were told we’re not compatible,” Paolo laughed, as if it was a private joke of some sort. “But lately, since we got back from your wedding, things have been really good.”

“Or thirds,” Pauline reached for another piece of cake with enthusiasm.

What the plum is wrong with me, Pauline cursed silently while fighting nausea yet again.

The world has gone mad. That’s probably why her stomach was upset. Her mother wanted to be friends, her father was having another child on the brink of his elder years and…

“You ok there sis?” Peyton studied her expression quizzically.

“No way! Mrs Sorranno, you sure haven’t been slacking off!” Peyton started giggling as soon as her initial shock faded.

Pauline had shown Leo all of the Windenburg landmarks during their stay. The last day was particularly sunny, so they decided to visit the café in the old town square.

“Will you miss this place?” Leo asked. “Everything seems like a fairytale here…”

“No,” Pauline shook her head. “I used to miss it when I first moved away, but Newcrest is home now. And you’re my fairytale prince!”

“Not to mention the royal baby on the way,” Leo joked. “Oh look, it’s Peyton!” 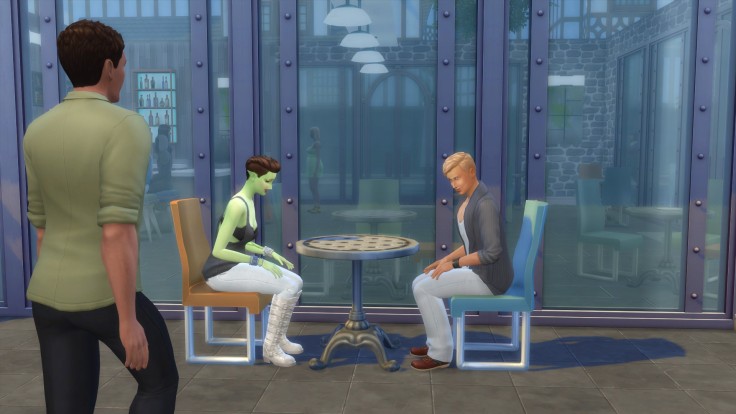 They approached the café, where the other couple quickly jumped up from their table.

“Oh hi, you two..” Peyton waved at them awkwardly.

“Cousin Grady?” Pauline raised an eyebrow. “How do you two even know each other?”

“We met at your wedding. And he’s your cousin, not mine,” Peyton cried out before she could stop herself.

“I know! Sheesh, why so defensive?” Pauline looked at Peyton, and then at her cousin and then at Peyton again.”

“I can see how you two look at each other… so Peyton, want to tell me who the mystery guy you’ve been seeing is?”

“Ooh, are you going to move back to Newcrest now? Since your boyfriend lives there?” 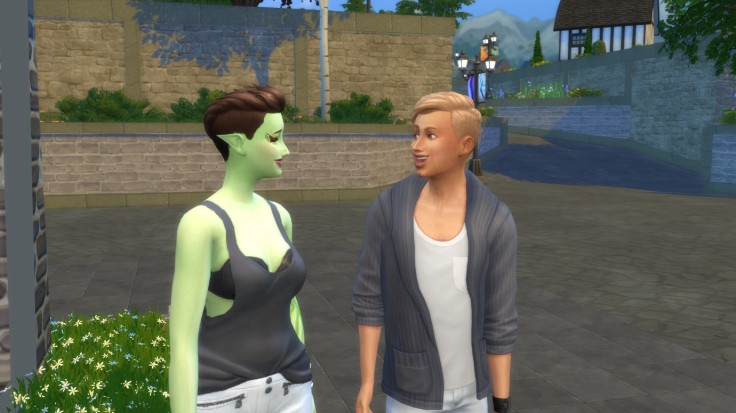 Grady stood up and looked Peyton in the eyes.

“You know, I would like that. Having you in Newcrest. And actually being referred to as your boyfriend…” 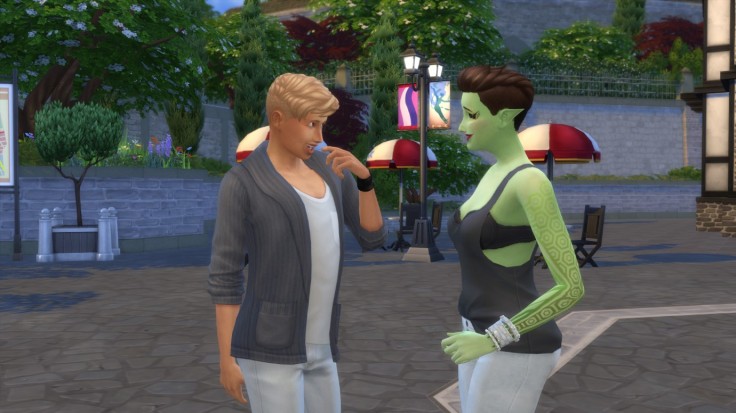 Peyton’s heart melted. “You would?”

“Ok, I’m gonna give you two some space,” Pauline slowly tippy-toed away. Time to go back to her prince charming.