“All of you are right in a way,” Pauline told her children, amused.

“The Von Haunt Chateau did have a noble lady and gentleman living here, kind of like a prince and a princess,” she nodded to Seraphina. “But there’s definitely a certain magic tied to the place, Carly. But the last guess may have been the most accurate – there are legends that the manor is indeed haunted,” Pauline winked at Vito as she finished her speech.

The children didn’t seem quite as impressed with the last statement. 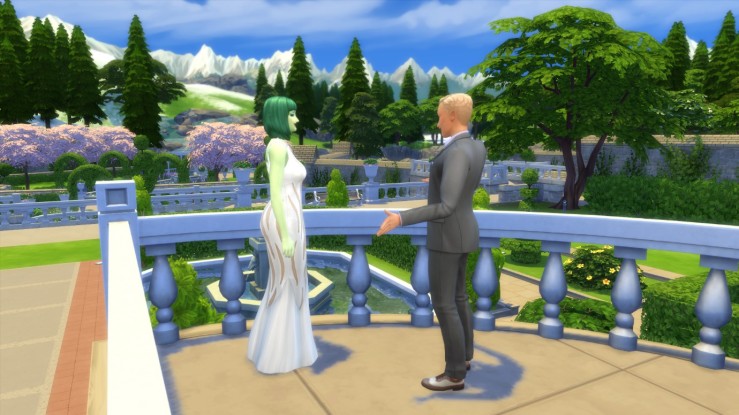 “Isn’t it bad luck for the groom to see the bride?” Peyton arched an eyebrow.

“Since when are you superstitious?” 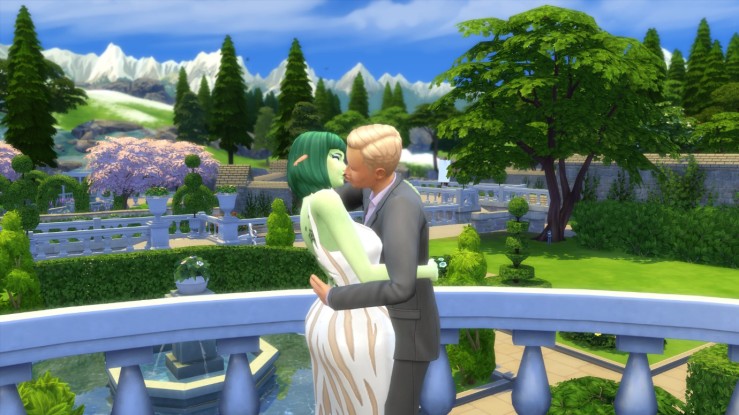 “Good point,” Peyton laughed. “So what are the acceptable norms about kissing the groom before the ceremony?”

“Ready to be broken!”

“If it isn’t the couple of the hour,” Leo greeted the husband and wife to be.

“Who would have thought you of all people would go for the princess wedding,” Pauline teased.

“You know me, ever the romantic,” Peyton said dryly.

“I guess every little girl from Windenburg dreams of getting married in here, somewhere on a subconscious level,” Peyton continued with a grin.

And by the looks of it, the rule didn’t only apply to girls from Windenburg. Seraphina was in love with the castle already. 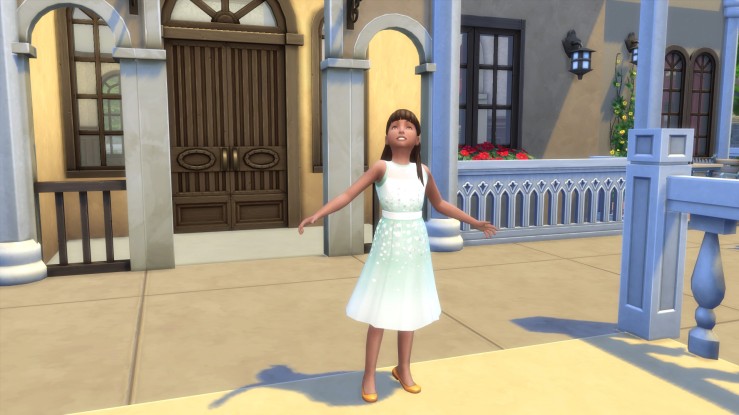 She decided that she’d have her own princess wedding here one day – of course, even more grand and impressive than this one. 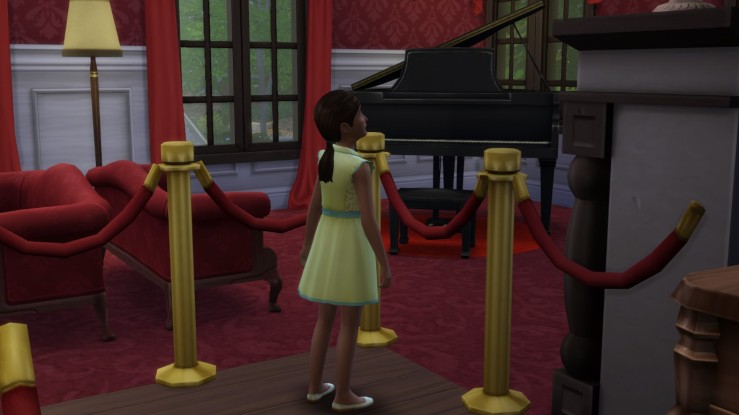 Meanwhile, the old wood inside the mansion croaked under Carly’s feet as she explored one room after another. Was the house really haunted? And if so, why? Carly had so many questions… 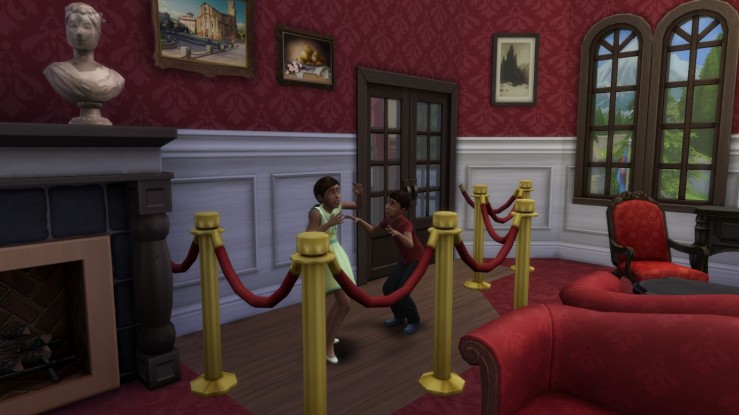 “Boo!” A figure emerged behind her.

“Vito!” she scolded her brother once she recovered from the shock. “This isn’t funny!”

“I thought it was,” Vito giggled sheepishly.

“What if there is really a ghost here, and you offended them?”

“Or what if I just made them interested in coming out and meeting us?”

Carly shivered. “Is that a good idea?

“Worth a shot,” Vito shrugged. “I wouldn’t worry. I’ve scowered the whole place and found nothing. There’s no ghosts here.”

“I’m pretty sure there is,” A little blonde girl joined them in the room. “I’ve met them plenty of times. They’re nice. And they’re in loooove. Like Peyton and Grady.”

“Why should we trust you?” Vito asked sceptically.

“And how do you know aunt Peyton?” Carly added.

“I’m Hallie,” the girl introduced herself. “And you should trust me because I’m from Windenburg, so I know everything about the chateau! Or because I’m your aunt. That’s why I know Peyton. She’s my half-sister. And so is your mom!”

“Oh, I thought you were a baby or something,” Carly said.

“I’m older than you!” Hallie reminded her. “And I’m definitely older than Vito!”

“I guess if she’s our aunt she would know more than us, right?” Vito hesitated.

“Only one way to find out,” Carly decided. “Lead us to the ghost, Hallie. Wait, let’s get Seraphina on the way. If there is a ghost, she wouldn’t want to miss it!” 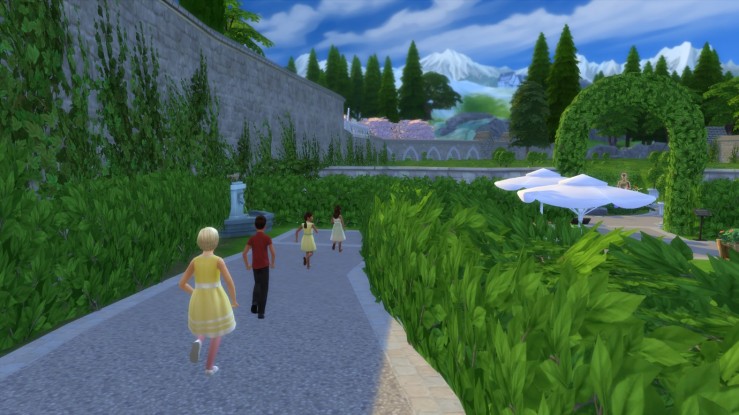 The Bloomer siblings were so eager to see the truth they almost left their guide behind.

“Keep heading that way, to the right and then left,” Hallie was shouting out instructions from the back. “They’re usually by the entrance to the maze!”

“Right, then left,” Seraphina repeated. “Well you must be insane Hallie, since I can see the maze entrance and there definitely is no…”

Seraphina stopped in shock, causing her brother and sister to bump into her by accident.

“I told you,” Hallie finally caught up with a victorious grin. “Hi Lady Mimsy!” 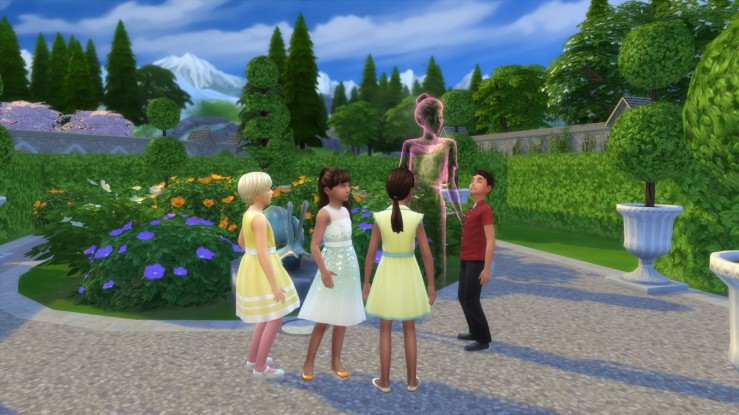 “Nice to see you again, Hallie. Who are your friends?” the ghost acknowledged them.

“They’re my nieces and nephew,” Hallie explained excitedly. “I’m showing them the castle secrets, like you!”

“I’m not a very well-kept secret,” the ghost laughed. “Everyone knows I’m here!”

“But not everyone believes!”

“How did you die, Mrs Ghost? Sorry,” Vito corrected himself.

“You see the maze behind you, boy?” Lady Mimsy said in her best earie voice.

All of their gazes turned towards the huge labyrinth surrounding them.

“I wandered the maze on my own one night, and I got lost forever. And so I died, cursing the place… anyone who enters the maze at night after my untimely death will die in the maze, just like I did!” 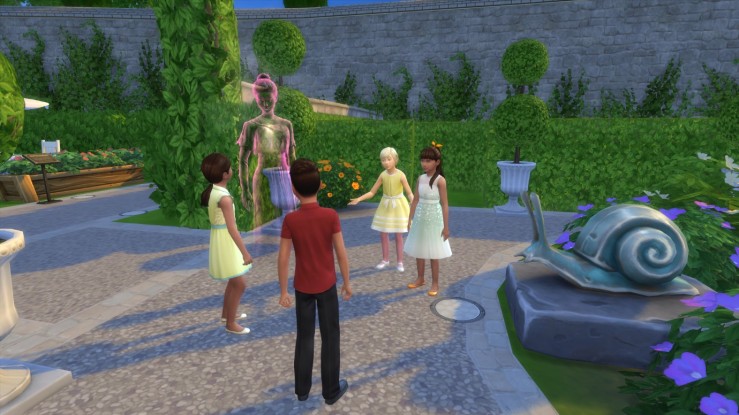 The Bloomer children looked at each other nervously.

“She’s just kidding,” Hallie assured them. “The maze isn’t cursed. Everyone in Windenburg knows Lady Mimsy and her husband died in a fire he caused when he burnt his painting…”

“It wasn’t one of my best moments,” the lord’s ghost joined the group. “Though I’d suggest that you listen to my wife, it definitely is bad luck to enter the maze after nightfall.”

Seraphina crinkled her nose. This was getting ridiculous.

“That’s it!” She burst out. “You ghosts are ruining my perfect princess castle! You should leave!”

“But Seraphina, this is their home,” Hallie jumped in.

“Don’t interrupt me! You think you’re so smart just because you’re from Windenburg? Well guess what, I’m the princess of Newcrest! I’m the oldest one, so I’ll definitely be the heir, and when I grow up, I will rule Newcrest like my own kingdom! And you? What are you? My aunt? Pfft!”

Seraphina turned her anger towards the ghosts:

“Do you have a prince in mind, for the wedding?” the ghost smiled, not acknowledging Seraphina’s tone.

“Not to rule, but you definitely need one to have a wedding,” the ghost shrugged. “I hope he loves you as much as my husband loves me. Though judging by your attitude, that might be quite… tricky.”

Seraphina was fuming. Carly wondered if it was possible for fire to come out of human’s nostrils – since her sister definitely didn’t seem far from spewing some. 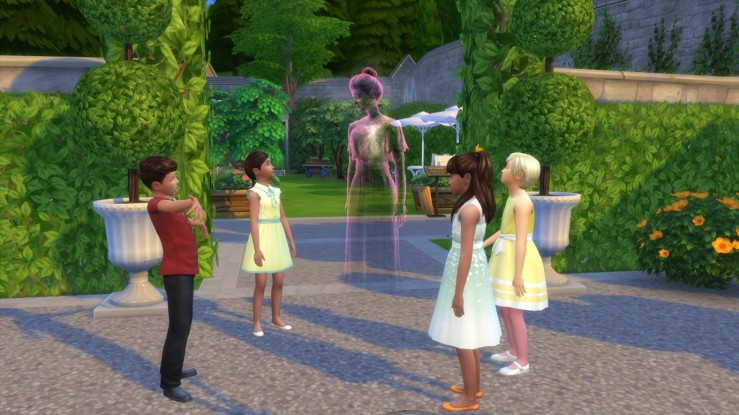 “Kids, the ceremony’s starting!” Pauline’s voice called out to them from the distance.

“Well it was nice to meet you, Mrs Ghost,” Vito broke off the awkwardness. “But we need to go watch a boring wedding now. I hope you have a nice time being dead… like, for reals. That wasn’t meant to be mean, I promise…”

The ghost watched the children walk towards the chateau. This was promising to be a fun evening.