Hallie dragged her feet through the doorway. It all seemed like a dream, but not a good one. Her parents, her home, Windenburg… all of it seemed to have disappeared in an instant. She was in a strange house in a strange town, with relatives she barely knew.

“You’re with family, sweetie. We’ll take good care of you,” the woman told her.

Hallie knew Pauline was her sister, but she’d only really met her once, at Peyton’s wedding. And Peyton was her sister too, yet during the short time Hallie spent with her after her parents passing made it abundantly clear Peyton had no idea what to do with children. Which was how Hallie ended up here in the first place. She wondered where she would go next. Would she ever have a real home again?

Hallie realised Pauline was still speaking; “We’ve set up a nice room for you upstairs, why don’t you go have a look?”

Hallie opened the door hesitantly. The room in front of her seemed nothing like her own room back at home. It was larger and brighter… but it looked foreign.

And then she spotted it; her blue teddy bear from back home! Her heart skipped a beat. Maybe she wasn’t alone after all.

Carly noticed her aunt’s voice sounded a lot more dull than when they first met, lacking its former vibrancy and energy.

“Yeah, I was the scaredy cat,” Carly attempted a joke.

“Don’t be scared of us! You’re gonna love Newcrest! And you get to stay in one of the good rooms, the only other bedroom that has its own balcony is Seraphina’s!” 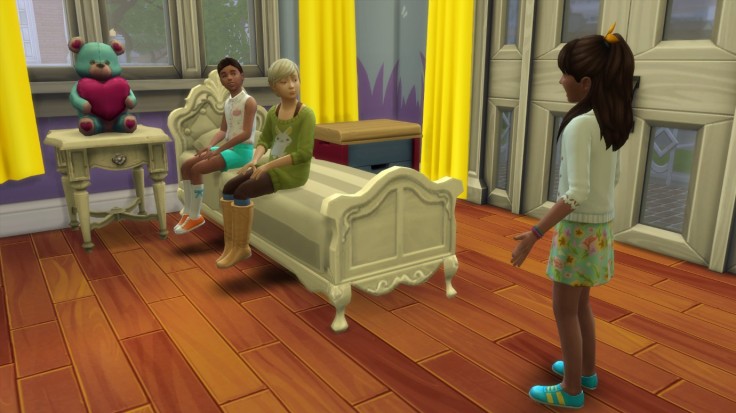 “That’s true,” Seraphina walked in. “This used to be our playroom, you see.”

“We had a bunch of toys here, we’d play cards and don’t wake the llama; and best of all, we had a foosball table. We would play all the time,” Seraphina continued.

“And then you had to come here and ruin it,” she suddenly starting yelling.

“What, she just gets to come here and take over our playroom? And get a balcony?” Seraphina went on. 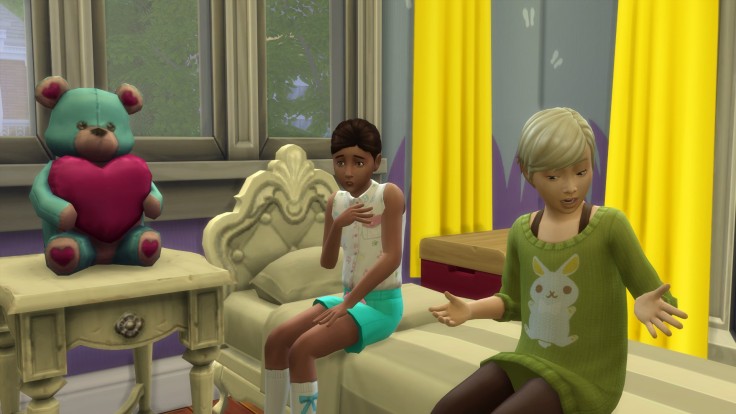 “I’m sorry you lost your playroom,” Hallie lowered her voice again. “I lost my mom and dad. I wish I didn’t have to be here. But I do.”

Seraphina didn’t have a comeback for that. Carly’s eyes welled up. She wasn’t sure what to say, so she turned her attention to her sister instead:

“I don’t know why you care about the playroom anyway, Sera! You always just ended up getting mad when you lost!”

“You… you’re the worst,” Seraphina said angrily. “I never wanted a sister anyway!” 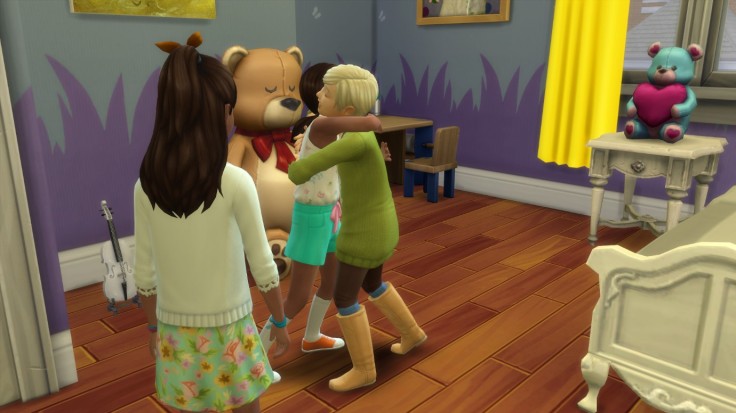 “That’s ok,” Carly shrugged. “Hallie can be my sister instead now.”

She went on to hug her aunt.

Seraphina opened her mouth, and then she closed I again. She turned around and walked out of the room. 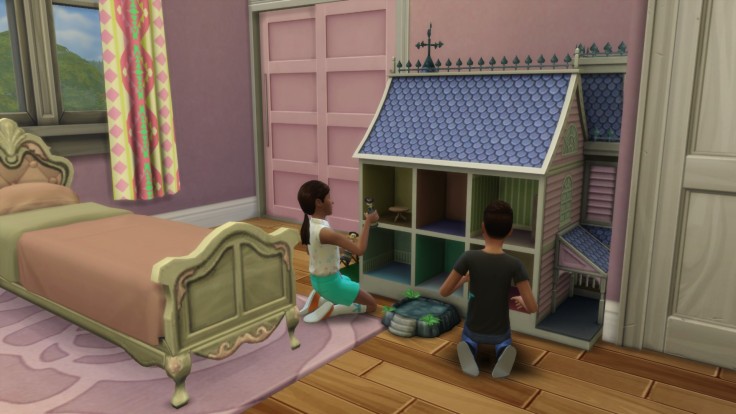 Carly and Vito peeked into Seraphina’s room the following morning.

“Is the coast clear?” Carly whispered.

The two accomplices snuck in, and took over the doll house, giggling.

Vito picked up one of the dolls, speaking for it: “I’m Seraphina, I’m a silly doll who only likes pink and princesses, since I have no imagination…”

“But most of all, I like myself,” Vito ignored her. “That’s why no one likes me…” 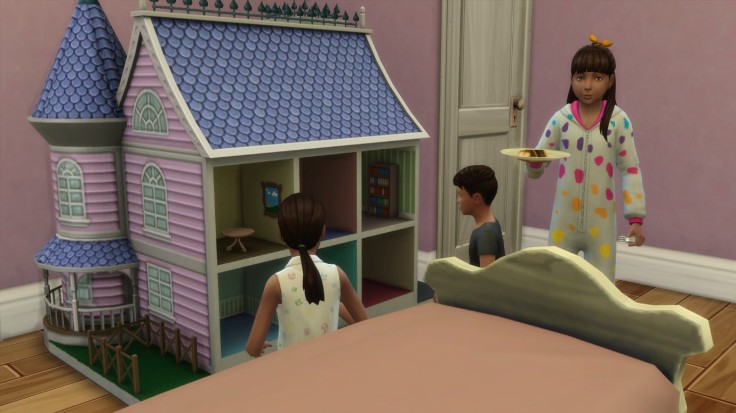 “What are you doing here?”

Carly and Vito jumped up. Seraphina was stood in the corner of the room, eyeing them up with a cold glare.

“How… how long have you been here for?” Carly almost whispered. 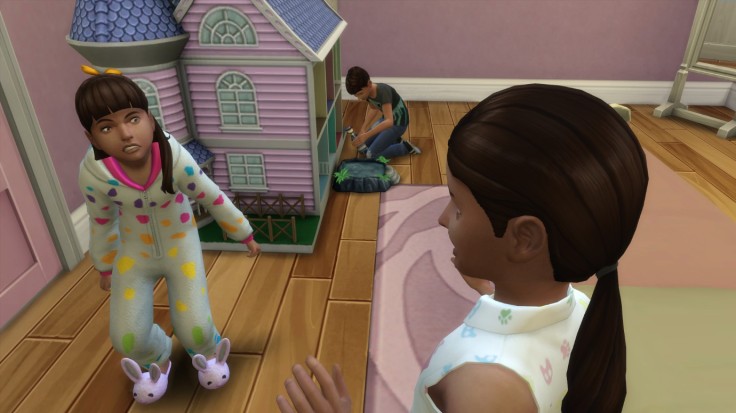 “Does it matter? This is my room! And these are my dolls!”

Seraphina finished her breakfast and got dressed, but she still felt angry. She was pacing around the room. Why had everything changed so much?

First she was an only child and everyone adored her… 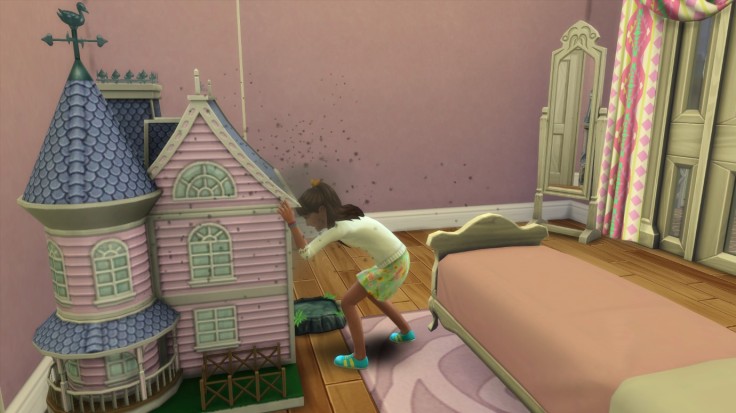 And now Hallie moved in and took away even that stupid playroom she had to share with her siblings in the first place. And those little brats seemed to hate her.

But who needed them? Not her! And she’d make sure they’ll never touch her doll house again!

“Sera, about what I said earlier, I wanted to say I’m sor… Woah!” 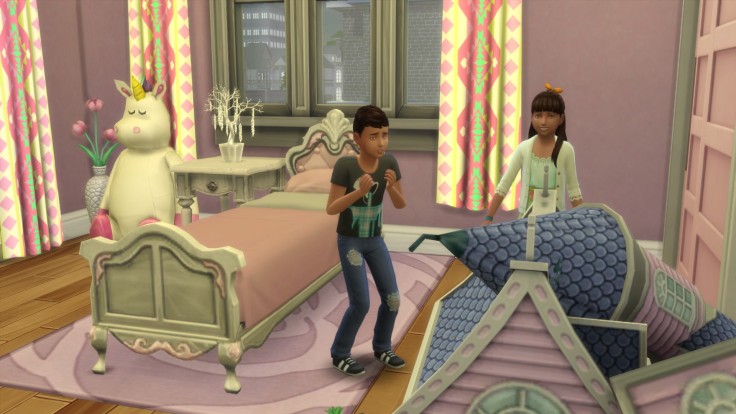 Vito stopped in his tracks. “What have you done Sera?”

“What do you think, loser?” Seraphina was pleased with herself. “Now you’ll never get to play with my doll house!”

“But Seraphina… now nobody will get to play with it. Ever. And those poor dolls…” 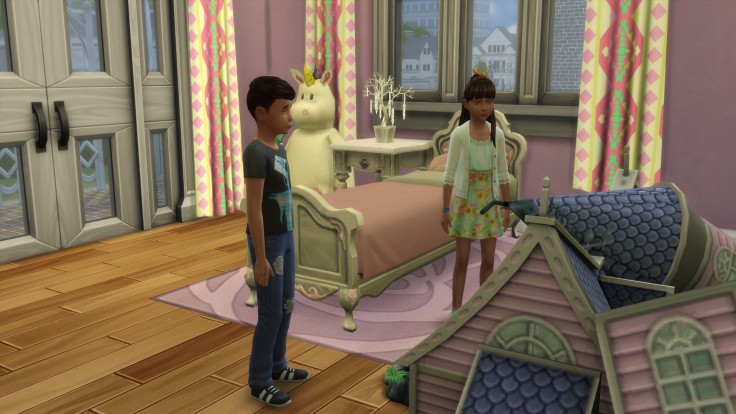 The smile slowly left Seraphina’s face. Her beautiful doll house was ruined. Just like everything else.

And nobody liked her any better.

“You really are the worst sister ever,” Vito shook his head as he made his way out.

Seraphina felt the warm tears sliding down her cheeks. She wasn’t sure if she was crying for herself, the dolls or even for Hallie and her loss. Nothing was right. And Seraphina felt powerless against it.

“Looks like we got through another day,” Pauline breathed out.

The two women looked at each other.

“Who could that be?”

But it wasn’t Peyton. Neither of them was prepared for what lied behind that door.

“What is that?” Pauline asked.

She looked over and realised her aunt was crying.

Pauline had never seen aunt Yenn cry. In her eyes, aunt Yenn was invincible. And now, strings of tears were pouring out of nowhere.

“Yes,” Aunt Yenn’s voice was shaky between all the sobbing. “It’s your mother.”