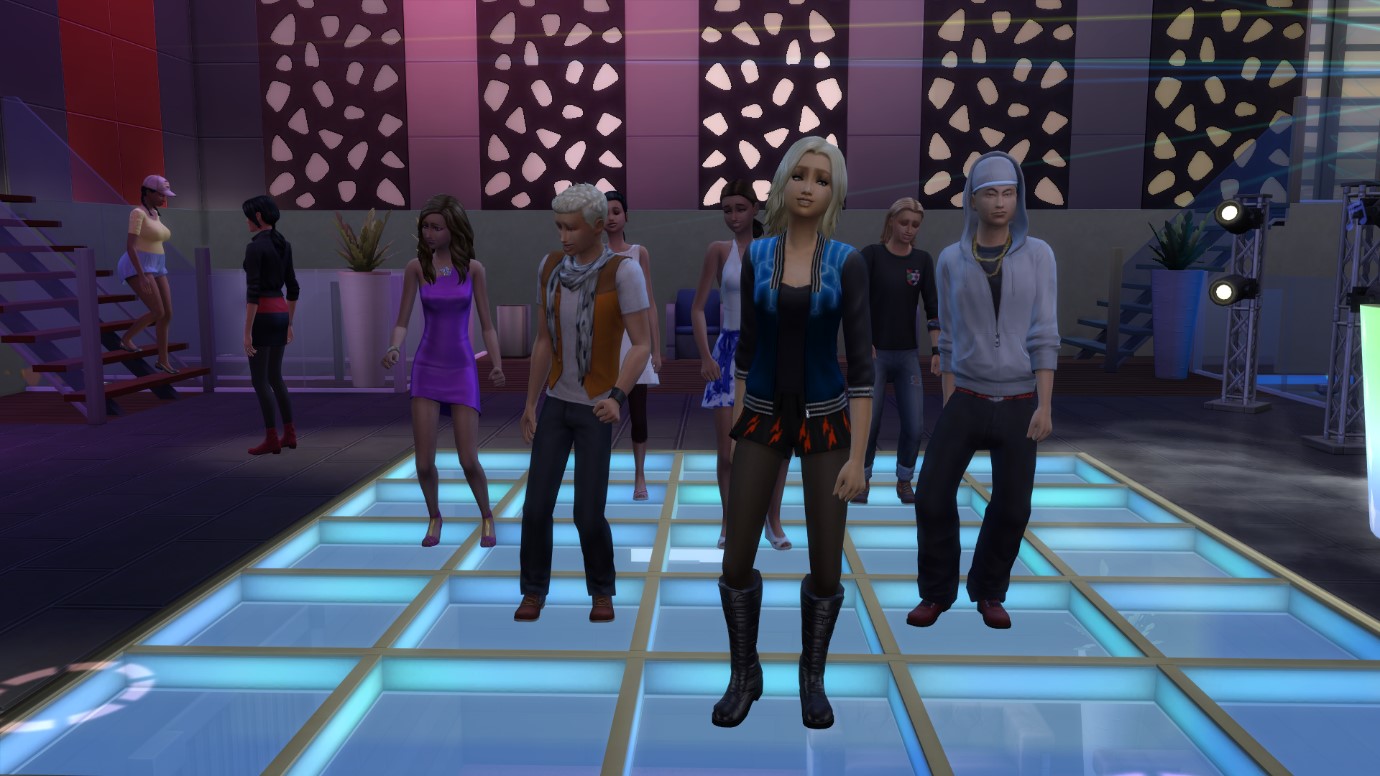 Friday night was party night in Windenburg, everyone knew that. So naturally, with only two days of the holiday left, the teens headed out with their newfound friends.

Hallie let herself get lost in the music, closing her eyes from time to time to fully enjoy the beat. One day, it was going to be her in the DJ booth, playing at fancy clubs like this one. For now, just taking the music in would have to suffice. It was a welcome escape from the romantic drama all of the others seemed to be involved in, that was for sure. 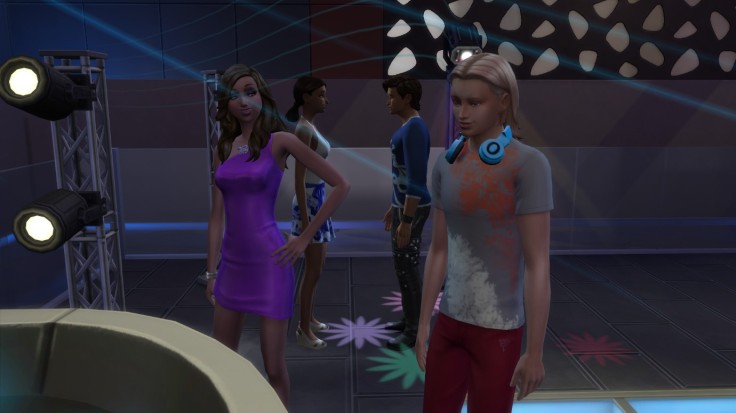 Seraphina, on the other hand, had no intention of escaping any of that. Wearing her best dress, she knew she looked good. And Antoine better appreciate it!

“Hey Antoine, are you gonna request a song for me?” She batted her eyelashes.

The boy smirked. “I think girls in short dresses have a better chance of getting the DJ play their song if they ask themselves.” 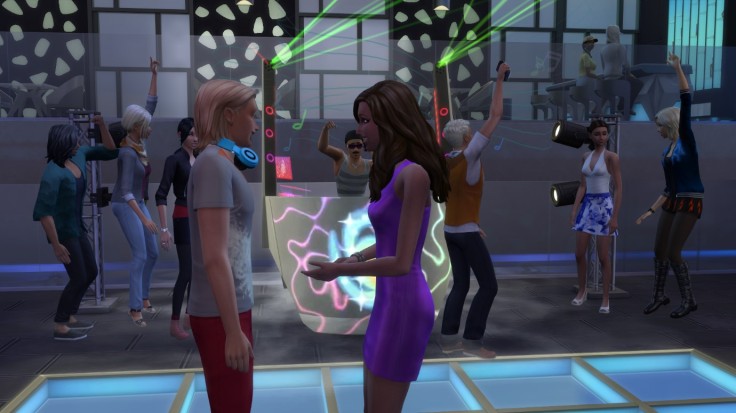 “Sure.” He shrugged. “You wanna dance? All of your relatives seem to be having a good time.”

“They’re jumping around like idiots,” Sera said apprehensively. “I have more class than that!”

“Too classy to enjoy yourself? What’s the fun in that?” 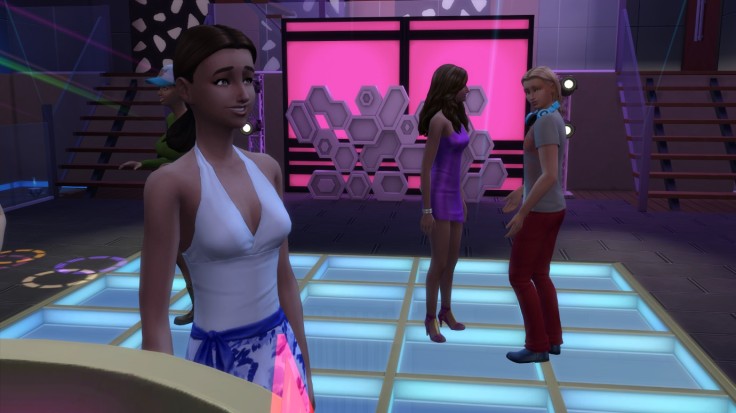 Looking at the Bloomer family skipping by the DJ booth, Antoine noticed that one of them seemed a bit out of place. She looked like she ended up here by accident, the kind of girl who is beautiful but doesn’t realise it. Antoine smiled, distracted. 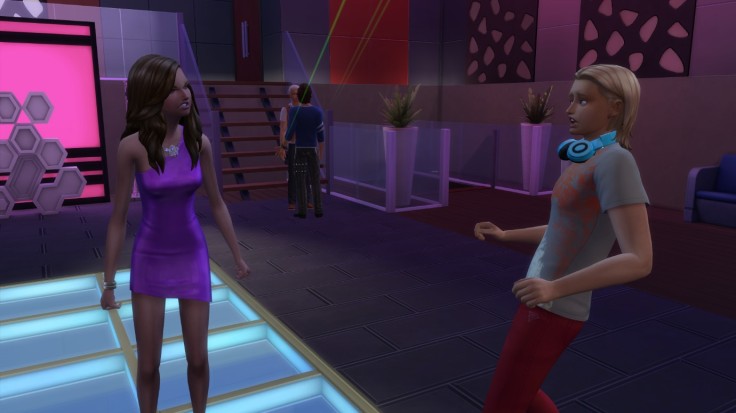 “Are you listening to me?” He was brought back to reality. “I dressed up for you and everything, and you’re gawking at my stupid sister instead!”

“For your information, she’s the dullest person in the world,” Seraphina went on a rant. “Always buried in books or digging up rocks. You’d fall asleep after talking to her for a single minute…” 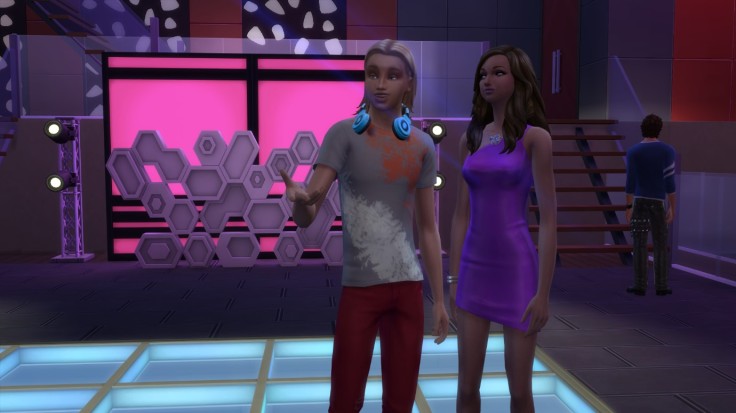 “Well luckily, you are just a delight to talk to,” Antoine said half-heartedly, not taking his eyes off of Carly.

“What’s that supposed to mean?” The sarcasm didn’t go unnoticed by Seraphina. 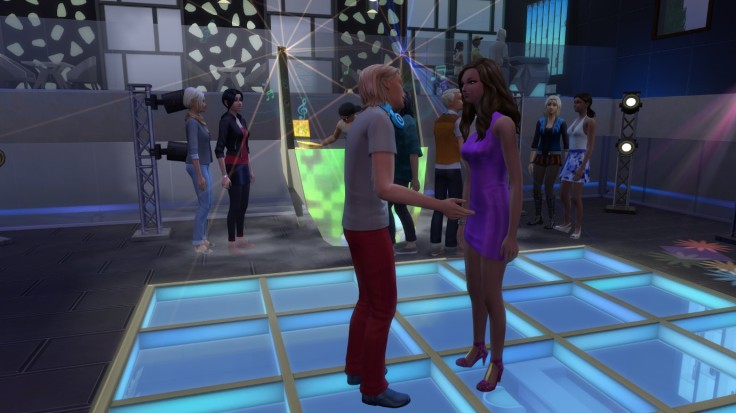 Antoine turned his attention back to Seraphina. “Oh come on, babe, you have to lighten up a bit. I didn’t come here for your sister, did I? Now, can I have a dance?”

“I don’t think so,” Seraphina hissed.

“Surely you don’t want to fight about something so silly! You’re only in town for two more days, we should enjoy the time we have…” 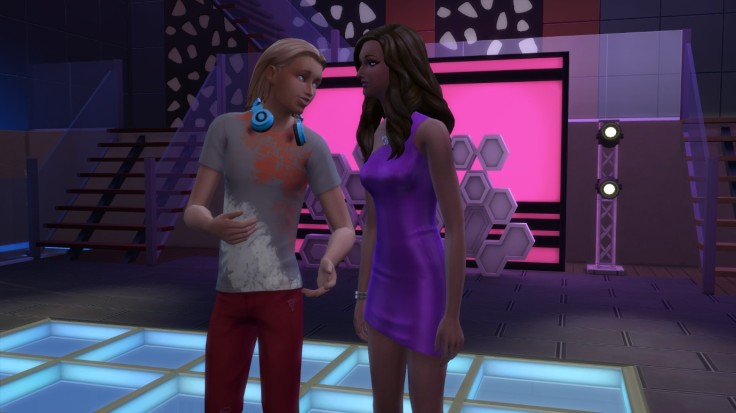 “Besides, it would be a waste of that pretty dress of yours if you were grumpy all night,” He finished with a smile.

Antoine grabbed Seraphina’s hand and let her to the dancefloor. So much grief over nothing! Seraphina was a feisty one. 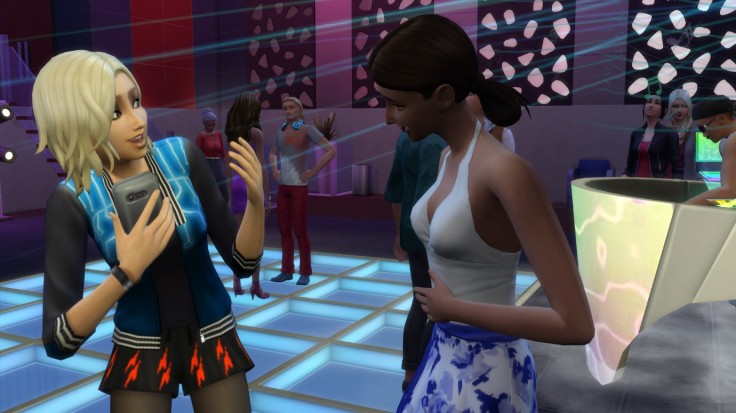 Hard to believe those two were sisters… 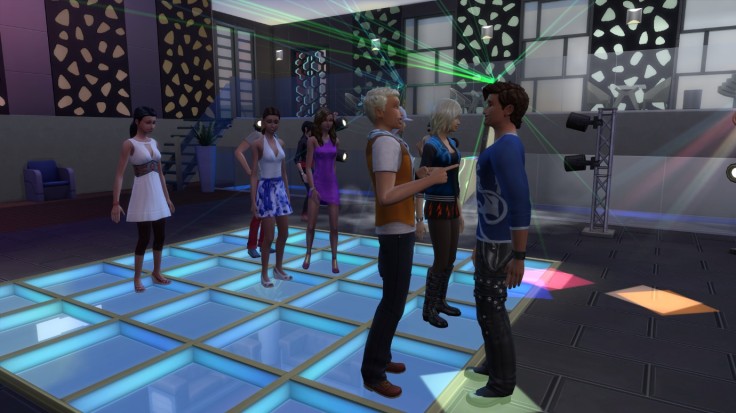 “I can’t believe your parents are partying in the same club as us!” Vito laughed.

“Oh yeah, someone still needs to tell them that they’re grown-ups,” Louis shook his head with a grin. “I mean, they’re chill and all, and I don’t really mind, but sometimes you don’t really want your parents there…”

“Totally! Though my parents aren’t as cool as your parents.”

“They can’t be that different if they’re friends,” Louis pointed out. “Aren’t they going to a restaurant together tomorrow night or something?”

For a brief moment, Louis’ eyes twinkled. “Guess so…” 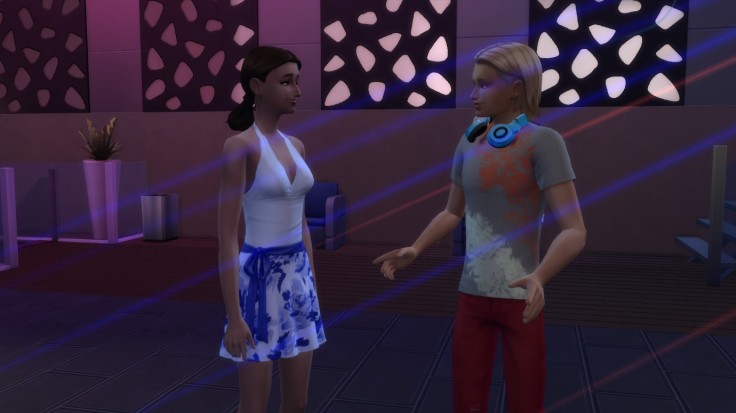 “So you’re Seraphina’s sister,” Antoine found himself standing right next to Carly.

“I guess it runs in the family.”

Carly was flustered. Did he just call her beautiful?

“Sera mentioned you like to read a lot,” Antoine continued as if nothing happened. “I used to hang out in the library all the time when I was younger, my mom’s a librarian. What’s your favourite book?”

“Yeah,” she giggled. “It’s a book about our family history, going back all the way to 8 generations before us. Our aunt Yenn keeps updating it now, so there’s several volumes, but I like the oldest one the best.”

“Why is that?” Antoine quizzed her.

“Well, I know the people from the most recent volume! It’s just our family. Whereas the older books are about are ancestors, who had fascinating stories to tell.”

“What makes you think you’re not fascinating?” 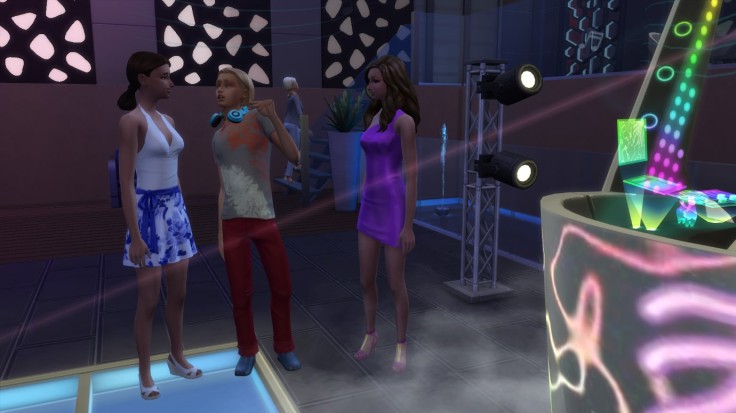 “What’s going on here?” Seraphina approached them, her eyes narrowed.

“Not much, your sister is just going on about some book,” Antoine shrugged.

“See? I told you,” Sera rolled her eyes.

Carly looked at them with a hurt expression. “I was talking about the Bloomer Chronicles, and our family’s history!”

“Yeah,” Antoine confirmed. “She said that she thought she was uninteresting compared to all of her relatives.”

“You got that one right, Carly,” Seraphina giggled.

Carly’s eyes welled up;” I… I need the bathroom!” 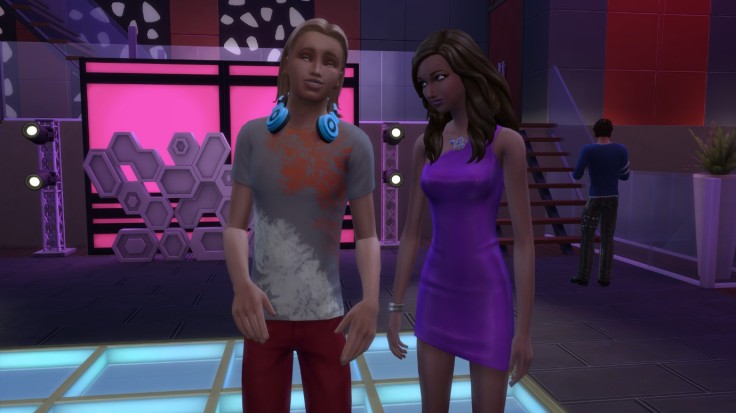 “She still has a lot to learn,” Antoine shook his head.

“See? I was right,” Seraphina announced with a victorious smile. “She’s totally boring. Unlike me. Isn’t she?”

“You two are definitely nothing alike,” he replied cautiously. “Anyway, that’s a whole lot of talking. I haven’t even gotten to kiss the girl in the pretty dress tonight…” 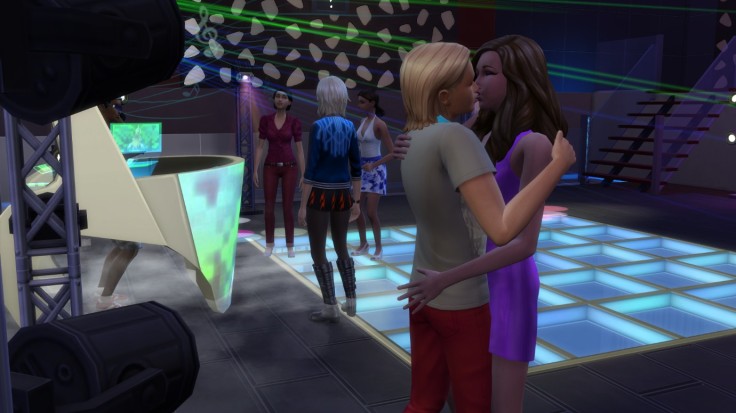 Before she knew it, Seraphina was in his arms. Which was a good thing, since her knees felt rather weak. This kiss was even better than their first one – she hadn’t thought that was even possible… 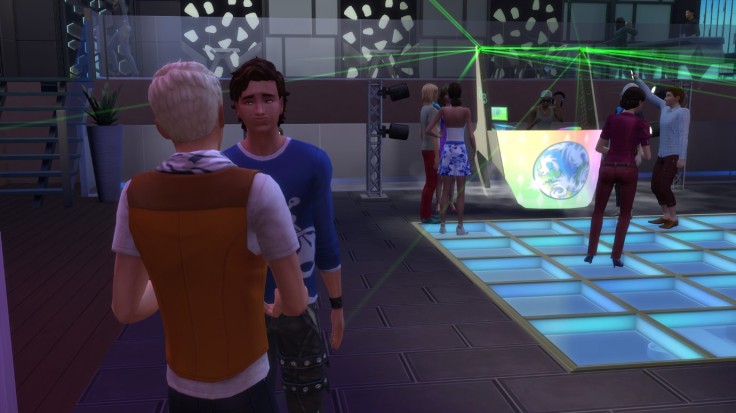 “Can’t believe that guy actually seems to like Seraphina,” Vito shook his head, having seen the kiss through the corner of his eye.

“Let them be,” Louis laughed. “He seems to make her happy. Everyone deserves to have someone special in their life.”

“If you say so…” Vito sighed. “Though it’s probably just for the summer anyway. I mean, she lives in Newcrest, and he’s from here.”

“Maybe they can make the distance work.” 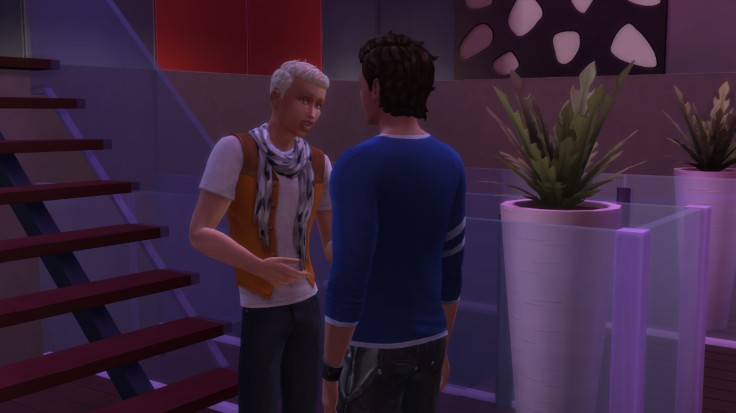 “Well, I know I would try, if I was in their shoes,” Louis looked him in the eyes. “I mean, hypothetically, of course.”

“Yeah, I guess you don’t really meet someone you really like that often to just let it go,” Vito nodded.

They stared at each other awkwardly.

“So, it’s your last night in Windenburg tomorrow… any plans?” Louis changed the topic.

“I dunno. You wanna do something? I mean, with all of us… since you’re local. You know all the cool spots and all.” Vito added quickly.