Leo helped himself to a large glass of celebratory nectar. The holiday in Windenburg may have been a distant memory, but he hadn’t felt better in a long while. Excitement rushing through his veins, he was eager to get to work.

Of course, he probably wouldn’t feel that way if he was at his old catering job, serving up uninspired food at a different venue every day. No, where he found himself today couldn’t be any more different. 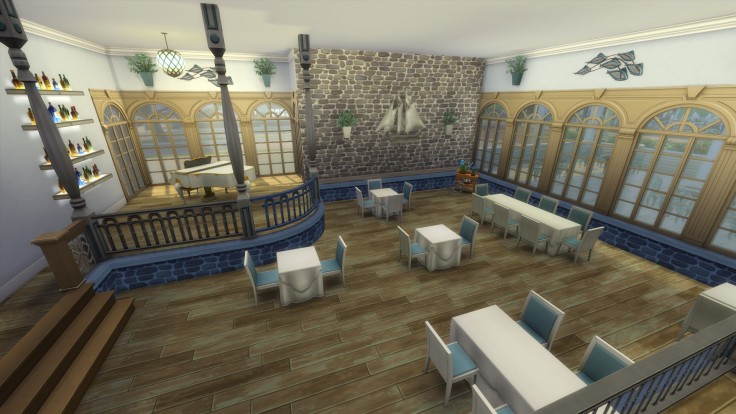 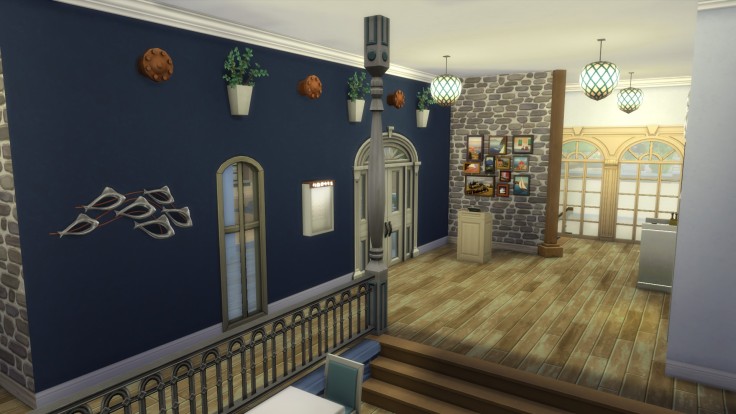 His very own restaurant, Sorrano Specials, was about to open its doors for business for the very first time. And while he had yet to make any form of profit, Leo couldn’t be more proud when he looked around.

Time to cook the inaugural dish, he smiled to himself.

The new chef workstation was a dream. His cooking seemed more inspired than ever, the flavours were pouring in effortlessly and…

“I still don’t get why we have to work here,” Leo was brought back to reality by a rather annoyed Seraphina.

“Because no restaurant is better than a family-ran restaurant,” Leo explained to his offspring gleefully. “I get to have staff I trust, and you all gain invaluable experience. Not to mention, starting a good honest job as early as possible builds character!”

“And we all know you need some of that, Sera,” Vito smirked at his sister.

“Pfft, you might wanna start a bit closer to home!”

“Come on, guys,” Carly hissed nervously. “Don’t you see how excited dad is? Don’t ruin it for him!”

Luckily, Leo was oblivious to anything around him that wasn’t directly food-related:

“Yes, it’s an exciting day for all of us,” he nodded distractedly. “Hallie already embraced her new job, hasn’t she?”

“That’s because she gets to be the hostess,” Seraphina rolled her eyes. “How is that fair? She doesn’t have the slightest clue what she’s doing!”

“You taking notes yet, Sera?” Vito giggled. He was about to say more, but got distracted by the sound of his phone. 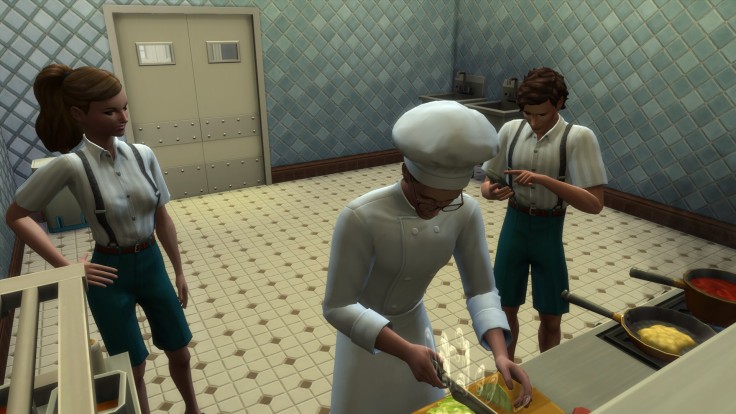 “Oh, I wonder who that is,” Sera said snarkily.

Not that there was any question about that. Vito melted in a warm smile. There was only one person who could make him completely forget about his surroundings.

“He’s at the Bluffs,” Vito beamed. “Says it reminds him of me and the magical evening we had there.”

Seraphina felt as if a sharp knife got plunged straight into her heart. Just what she needed to hear…

“Yeah, can’t think of anything more magical than two hormonal teenagers licking each other’s faces.” She spewed out. “And you Carly should remember that Louis is Vito’s boyfriend, not yours. The way you jump up and down like an untrained puppy every time you hear about him is embarrassing!”

“Perfect!” Back on planet Leo, nothing could possibly go wrong that evening. “I think we’re ready to open up!”

It was safe to say the different family members welcomed the new jobs with varying degrees of enthusiasm.

Carly was eager to perform the best humanly possible and gave the waitressing a 100%.

Sadly, when you’re clumsy even a 100% might not be enough. 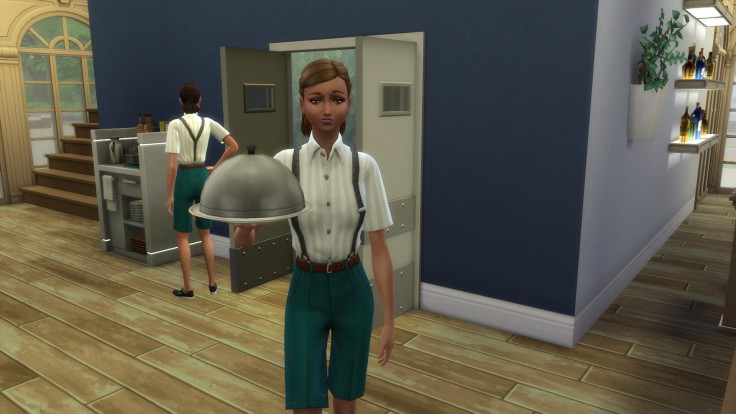 Seraphina did the bare minimum. She kept getting distracted, her mind lingering back to that night in Windenburg. It was stupid, she told herself firmly. And so were Vito and Carly. 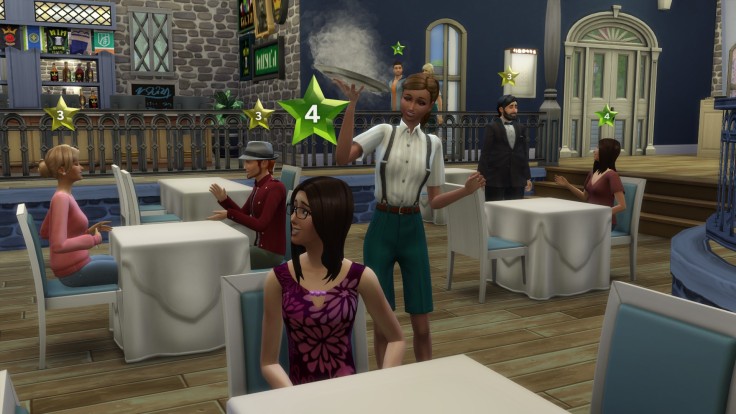 But somehow, in spite of distancing herself from the job, she seemed to have a knack for waitressing. Perhaps it was the lack of nerves, but the customers loved her. She even endulged them with a fake smile.

Hallie was in her element, welcoming both new and familiar faces into the restaurant.

Well, truth to be said, he wasn’t paying any attention to the job whatsoever.

The patrons he served didn’t seem to mind though and still tipped him well, they thought he was endearing.

“Charming, and so in love,” the lady explained. “It’s too adorable!”

Seraphina couldn’t believe he was getting away with it. Vito was driving her mad…

And he seemed to know it.

“So, what are your first impressions, sis?” Leo greeted Tabitha and her family eagerly.

Peyton, on the other hand, was so impatient to get in she barely waited for Grady at all. She raced straight to her sister.

“Pauline, this is epic!” she exclaimed. “Leo must be over the moon!”

“You could say that,” Pauline chuckled. “It is a bit hectic mind. Let me find one of the kids and get them to bring you your meals straight away, otherwise you might wait a while…”

She gestured to Vito to come get their order.

“Aww, look at him,” Peyton giggled when he boy walked away, checking his messages as soon as he left the table.

“Yup, he’s been glued to his phone all night.” Pauline laughed. “He’s going to be beside himself when Louis comes here – not long now, is it?”

“I still can’t believe you’re not telling him,” Grady shook his head.

“Louis wants it to be a secret,” Peyton shrugged. “And I bet it will be worth it when he sees Vito’s surprised face…”

The night was a huge success. Pauline and Leo jumped into each other’s arms giddily when the place emptied.

“Now let’s just do this a thousand more times, and we’ve got ourselves an established business,” Pauline laughed.

“Piece of cake,” Leo half-joked. “People will come here just to listen to you play the piano! Besides, the kids are a huge help too…”

With the restaurant closed now, Seraphina finally checked her own phone. For a brief moment, she dropped her facade and let out a deep sigh.

“No messages?” Vito peeked over her shoulder. “Thought not!” 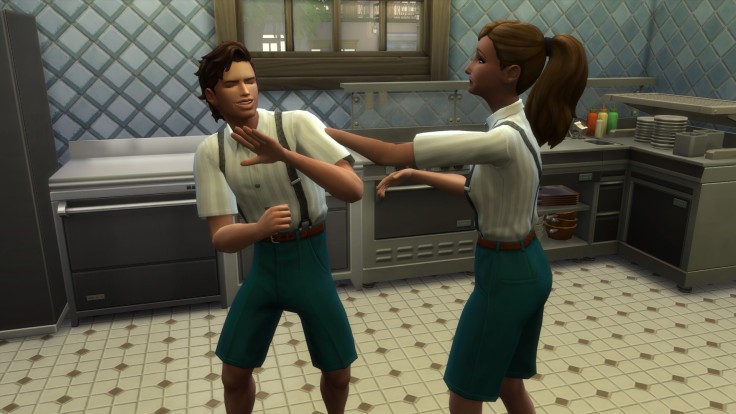 “Mind your own plumming business!” She pushed her brother away.

“Of what, your poor waiting skills?” 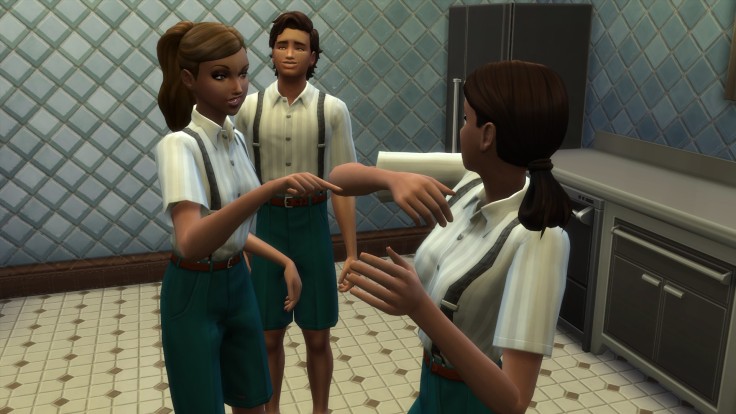 “Says the person who dropped what, a hundred plates?” Seraphina turned around. “I wouldn’t say a word if I were you!” 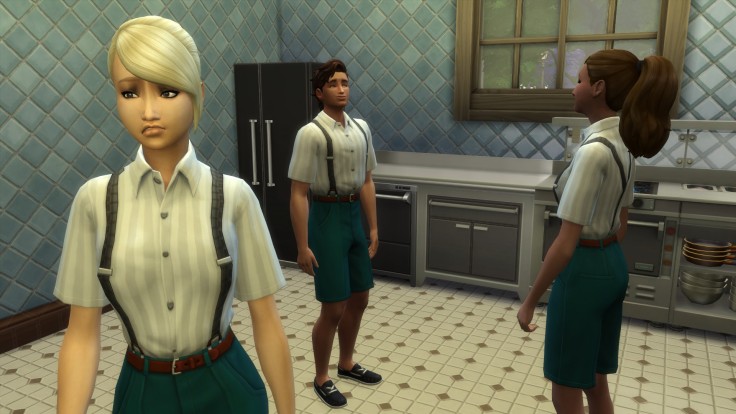 Hallie walked into the room, evaluated the situation and turned right around. Ah yes, the joys of a family-owned restaurant and character building… At least she didn’t really need to speak to her relatives for her role, she thought.

Author’s note: Since I know you guys might ask, nope I didn’t figure out a hacky way of running a family owned restaurant, you still can’t have anyone from your active household employed as your wait staff or chef. I had to do loads of moving people around town in order to make the above happen, but I’m pleased with the result 🙂

Leo’s restaurant can be downloaded here.