“The gym, huh?” Seraphina looked around. “Not exactly the most romantic venue…”

“Right,” Seraphina rolled her eyes. “I guess it could be worse.” 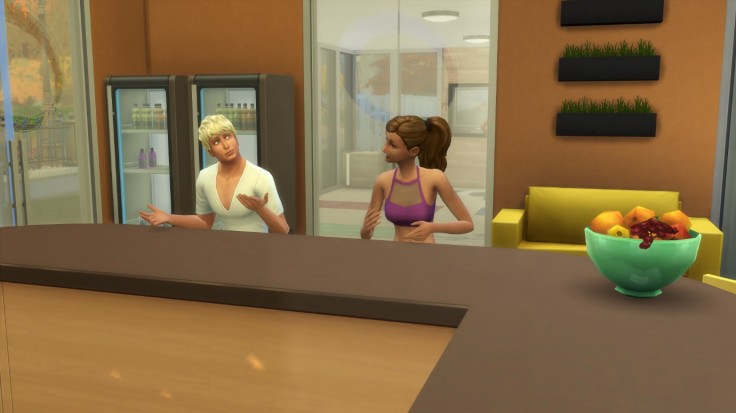 “I guess I’m not the most romantic guy,” Marvin told her. “But I’m pretty strong. I could probably lift you. And that’s romantic, right…” 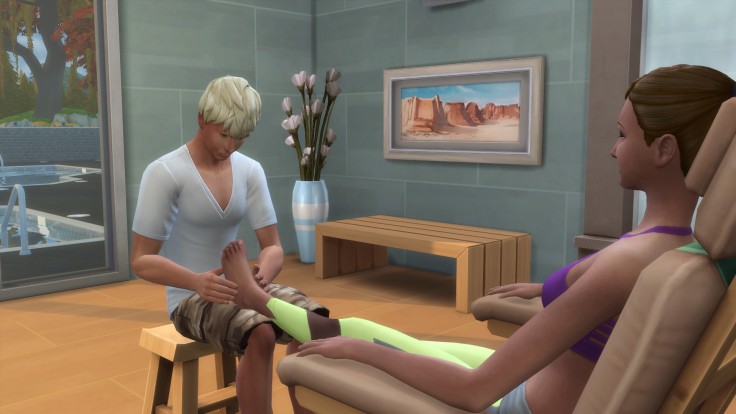 Marvin seemed much more palatable when he wasn’t talking, Seraphina decided. Strong and tanned, not bad to look at at all, and as far as this whole massage thing was concerned, he did seem to know what…

“Let’s do something else,” Seraphina sighed. “I think there’s a yoga class on…”

Ok, this was better. Seraphina could feel the boy’s gaze on her as she went through the motions of the sun salutation. She giggled to herself. For once, she attracted attention for reasons she welcomed. 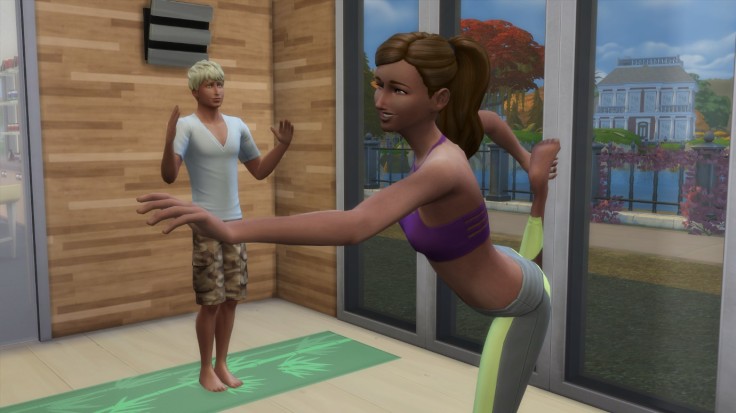 “I know you’ve totally been checking out my butt, Marvin,” she said over her shoulder with a grin.

“You mean you don’t think it’s worth looking at!”

“It’s ok,” Seraphina laughed. “I’ll take it as a compliment. We’re on a date. Who else would you be looking at?” 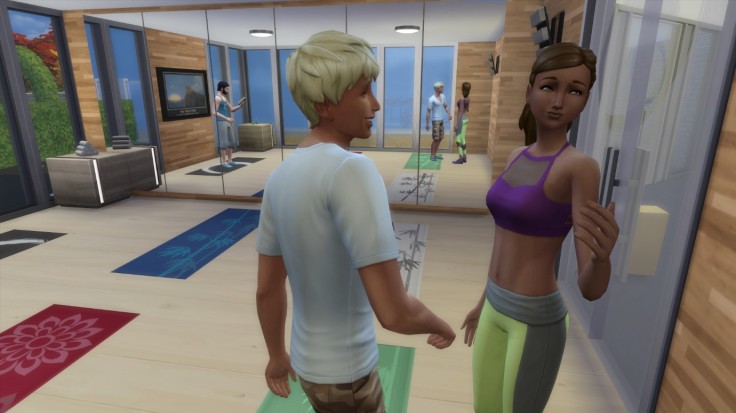 The words of encouragement made Marvin rather confident. “I’m so smooth!”

“What?” Seraphina raised her eyebrow.

“Err, I mean… would you like to check out the sauna?” He corrected himself. “That’s what I said. Yeah.”

So he wasn’t the sharpest tool in the box, Sera mused. But this was still kind of fun. She decided to let it slip. “Sure.”

Clearly Marvin gained a bit too much confidence from her reaction.

“Do you see my guns babe? This is total selfie material!”

“I don’t think you’ve earned the right to call me babe just yet,” she glared at him coldly. “And you know that thing I said about who you should look when we’re on a date? It definitely shouldn’t be your guns. You’re supposed to be paying attention to me!”

“Sorry sorry, I am paying attention to you babe! I mean, not babe!”

Seraphina rolled her eyes. “Oh really? You have a funny way of showing that.”

Seraphina was trying to hold back laughter. What was he mustering courage for now?

Well at least he was a good kisser, she concluded.

“Cool,” she said casually. “Well, I think I’ve got all the information I need from you.”

“Yeah. So if I spent any more time with you now, it wouldn’t be fair to the others.”

“You’re going?” The boy asked incredulously. “Did I do well?”

Seraphina stood up with a smirk. “I’ll be in touch!” 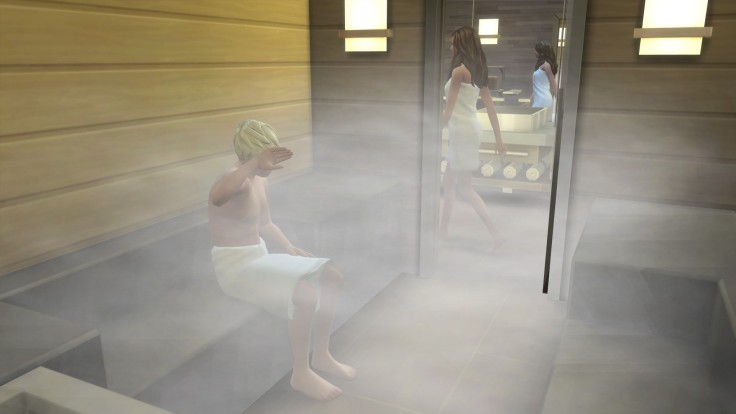 “Phew,” Marvin let out a sigh of relief as the girl left the room. Or maybe it was just the heat. Either way, that could have gone worse, he thought to himself. Besides, now that she’s seen his guns, how could she go for anyone else?

While Seraphina wasn’t particularly awed by the choice of venue – the teen lounge was practically a second home to her, after all – she had to admit that a classic cinema date had potential.

“So, what movie are we seeing?” She greeted Mark.

“Moonlight Massacre III,” he told her.

“It’s alright. I happen to be a fan of the Moonlight Massacre series.” She shrugged.

They stood around for a moment, looking at each other with growing unease.

The filled the paper bowls and resumed the awkward silence. The only sound about was the crunching of the popcorn.

“Um… I guess we can… head into the cinema hall?” The boy suggested.

At least the sound of the commercials seemingly filled in the void to an extent. Still, Seraphina couldn’t remember ever being this eager for a film to start. 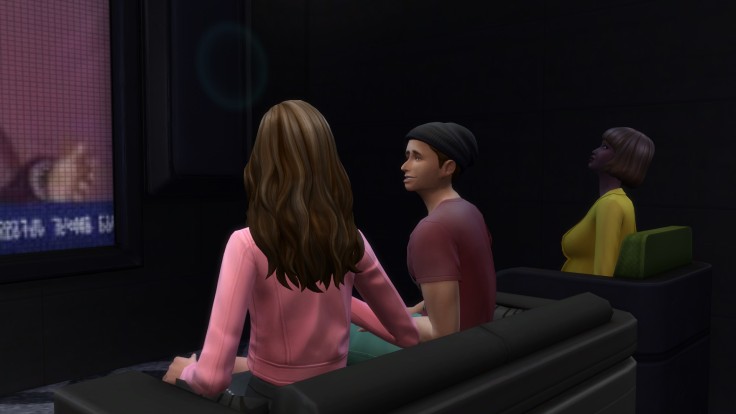 Mark cleared his throat. “So, uh… how did the date with Marvin go?”

“Are you really asking me about that?”

“I guess I wanted to know where I stand,” the boy shrugged. “You guys do anything… nice?”

Seraphina surpressed a grunt. “We went to the gym. He gave me a massage and…”

“A massage?” Mark’s face lit up. “I happen to be amazing at massages!”

Oh plum no, Sera thought. Though the massage probably couldn’t be any worse than the one she’d received over at the gym…

“Ok, I’ve got to give it to you, this massage was actually kind of nice,” Seraphina admitted, surprised. “Way better than Marvin’s!”

Maybe they could still turn this around.

“I could use a massage too, you know, my back is pretty sore,” Mark told her.

“Err…” There was no way she was going to give him a massage.

Was he seriously doing the fake stretch move? 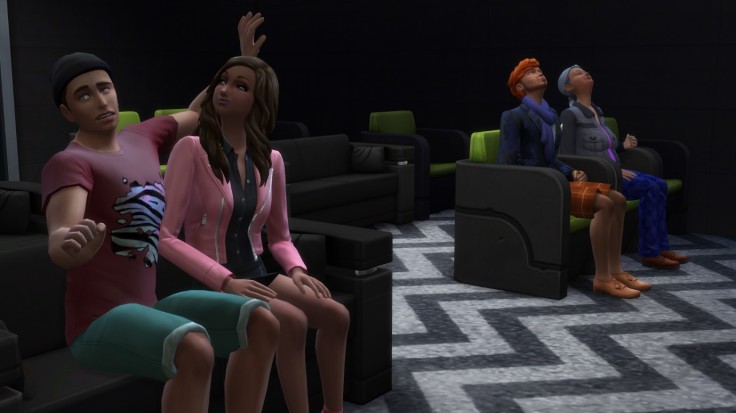 Well at least he made some sort of effort, Seraphina decided begrudgingly.

“You know, there is one other thing that I could compare besides massages…” She leaned in. 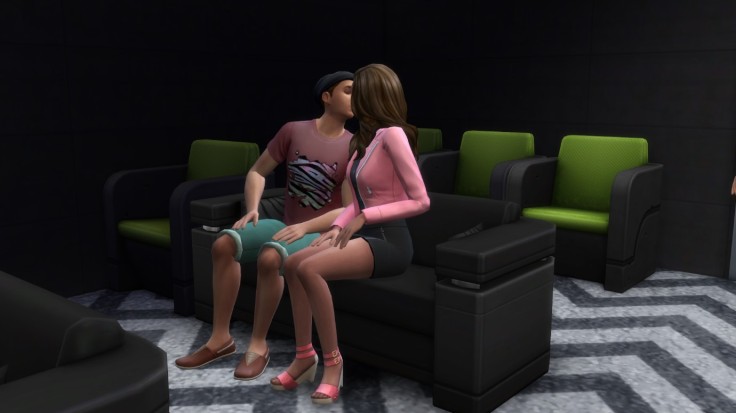 He got the drift.

“Wow.” The boy stared at her with a dazed expression. “That was…”

And on top of that, now he’d ruined the Moonlight Massacre series for her! She was livid. It appeared that her choices were poor, or even worse.

She cursed herself for committing herself to being stuck at the Spooky Day party with one of these two losers. Unless…