Ralph scooped out some fruit punch from the fountain with the palm of his bare hand and shoved it straight in his mouth. Tonight wasn’t going as planned at all.

It’s not that Lottie didn’t feel like a princess. She probably felt like she was a princess, and this was her own personal ball filled with prospective suitors from far and wide.

All these plumheads that never seemed to show any interest in her were suddenly flocking around her out of nowhere. That Jarrett guy was particularly annoying. Sure, he seemed like a nice kid, but could he leave her alone for just one second?

Ralph sighed heavily. He’d completely misjudged the whole thing. Maybe he should just throw the towel in and go home… 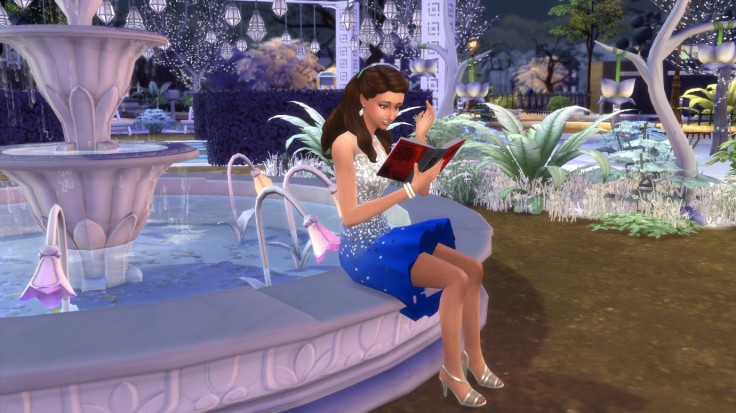 But then he spotted her, alone at last. She was sitting on the edge of the fountain, nose buried in a book. 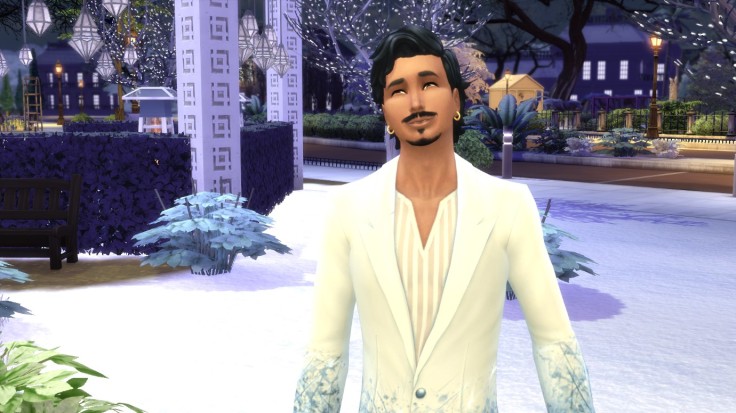 A familiar warmth filled him. Now that was the Lottie he knew.

He walked across to her slowly.

“Leave it to you to read a book in the middle of the party of the year,” he laughed, taking a seat right beside her.

“I couldn’t wait any longer,” she smiled sheepishly. “I’ve reached this real nail-biting part of the book where you’re just about to find out who the thief is!”

“Don’t spoil it! I might still read the book, you know,” Ralph vaguely recalled the plotline she was talking about a few days ago.

“I could!” He replied, pretending to be offended. “Anyway… I still haven’t gotten a chance to tell you how stunning you look tonight.”

The girl smiled. “Thank you! You’re not the first to say this tonight, you know…”

Ralph took a deep breath. It was now or never. 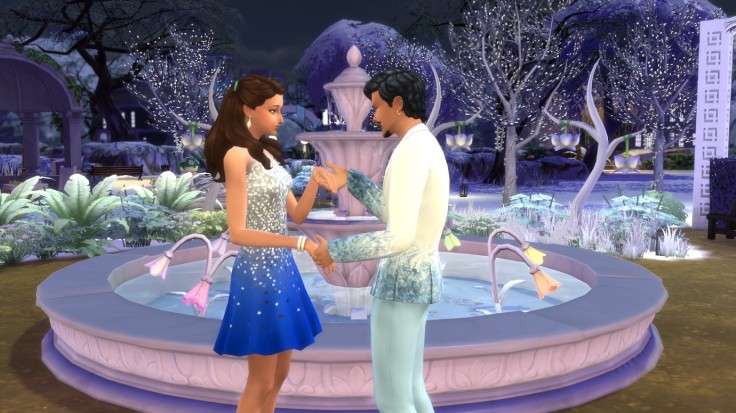 “I do know,” he nodded. “Because the only way I could be the first to tell you that tonight would be if all those suckers around were blind. But I hope I’m the first one to do this…”

He grabbed her soft hands in his, gently pulling her up.

“You’re amazing, Lottie, and I’m really happy that tonight, you finally see it, at least a little bit. I wish you could see what I see what I look at you. Because I’m now standing here with the most beautiful girl in the world. A girl I’d like to call my girlfriend, if she lets me.” 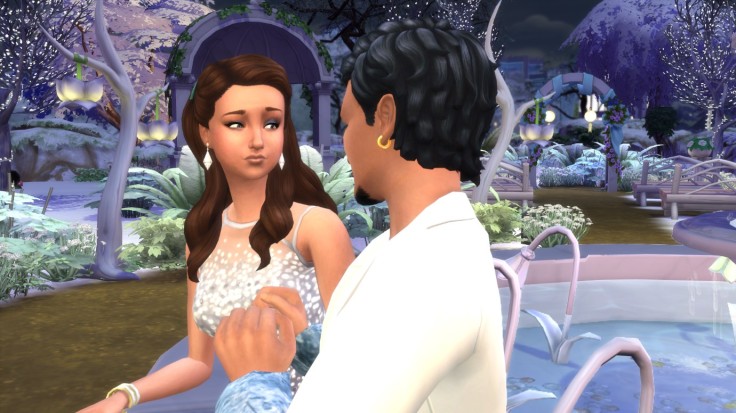 Carly’s face grew confused and disappointed. She tore her hands out of Ralph’s.

“Let’s sit back down,” she gestured towards the fountain.

She couldn’t believe it. She really was his backup. Did their friendship mean so little to him that he could just toss it away when his plans for the night didn’t pan out?

“Why are you doing this, Ralph?” she said quietly.

“Why am I doing this?” he echoed her words. “I thought I just made that clear. I… I thought you’d be happy. But clearly, I was wrong…”

She let that digest for a moment. “I thought I’d be happy too.” She said finally. 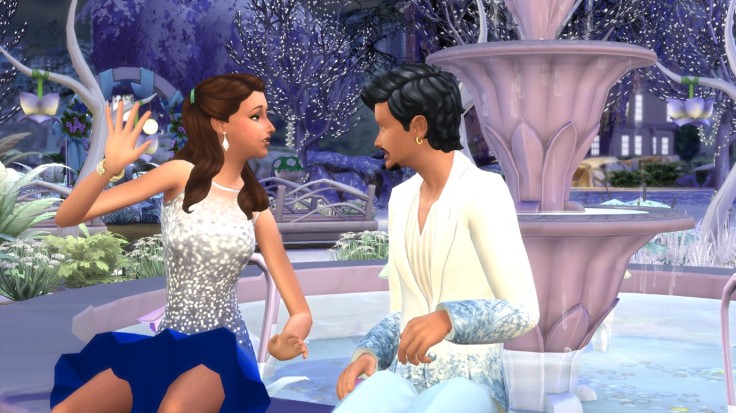 “All I’ve wanted ever since we met was for you to look at me this way,” Carly’s voice was rising. “But you know what I realised tonight? I don’t need this!”

Ralph was gobsmacked. For the first time he remembered, he couldn’t say a word.

“I’ve been hung up on you for months, and for what? To be your third choice? Or who even knows! First you wanted Sera, then you wanted whoever you were planning to chat up here, and there may have been some in between… Well guess what, I deserve more!

I deserve somebody that wants me and nobody but me, not just somebody that gets to me after crossing out a bunch of names off from a long list!”

This wasn’t happening. “Lottie, it’s not like that at all! You’re so smart, surely you can see that I care about you… you can’t believe what you’ve just said.” He was pleading with her.

“No, I’ve been pretty stupid, actually.” Carly frowned. “You’ve always kept me around, in case nobody better came along, haven’t you? If you really had feelings for me, then why would you wait all night to tell me?”

“Because I wanted you to have your moment in the spotlight,” Ralph was kicking himself.

“Wow, how noble of you, letting the poor weirdo have her five minutes of fame…” 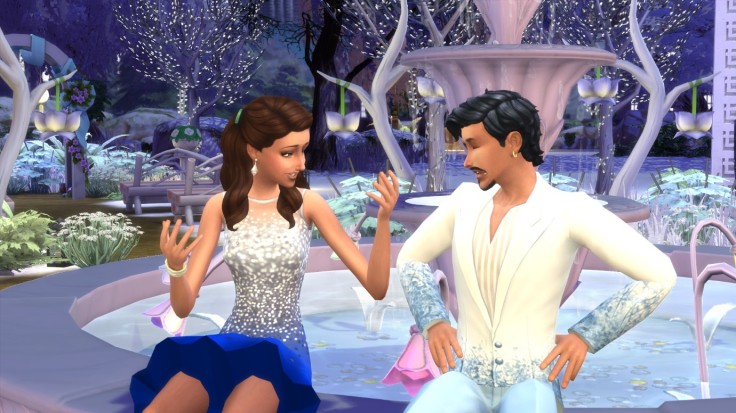 “Look, I don’t know what you want me to say!” Ralph said desperately. “And clearly it doesn’t matter. You’ll just twist everything I say. Why is it so hard for you to believe that I liked you all along!?”

“All along? You only ever started talking to me because you wanted me to set you up with my sister!”

“I won’t say it was exactly love at first sight,” Ralph admitted. “But Lottie, the more I got to know you, the harder I found it to not care for you. To not want to be with you. Why would I even lie about that?”

“I don’t know, because every other guy suddenly seems to be realising they’ve had some hidden lingering feelings for me for a while tonight?” Carly retorted. “It’s nothing personal, Ralph. But I want something more than a guy who thinks I look good because I have a sparkly dress and wear my hair down. I want a guy who likes me for me.”

She noticed how hurt he looked. It was probably quite a blow to his ego, she realised. “Sorry Ralph. We can still be friends?” She tried to soften what she’d said.

A wave of sadness washed over her. “You’re right. We never really were friends, were we?”

Ralph just stared at her.

“Bye Ralph.” She finally put an end to the horrible conversation.

He didn’t linger much longer. He uttered some form of goodbye, thought it was barely audible, and walked off.

She felt angry, hurt and proud, all at the same time. Everything she’d been longing for materialised tonight, but it didn’t bring her any joy. A part of her still stupidly wanted to be with Ralph, but not like this. 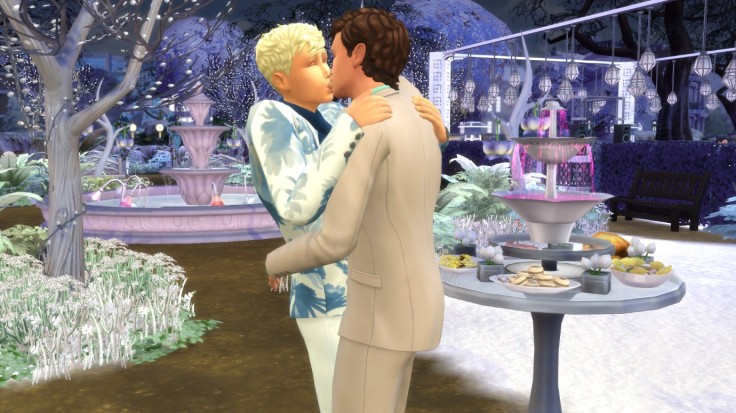 Not far away, Louis and Vito’s night was ending on a much better note. They’d danced and kissed and laughed and ate and kissed some more… 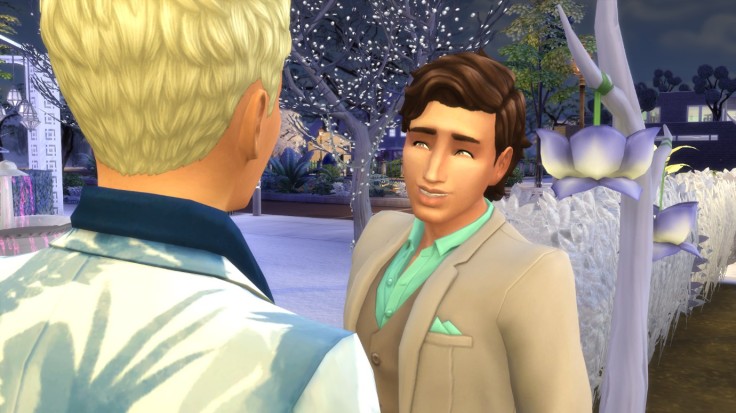 “Tonight’s been amazing, Louis,” Vito beamed. “Thank you for making it so awesome.” He looked around helplessly, watching the crowds leave the lot. The music stopped playing.

“It doesn’t have to end,” Louis looked directly in Vito’s eyes.

“But everyone’s leaving,” Vito was confused. 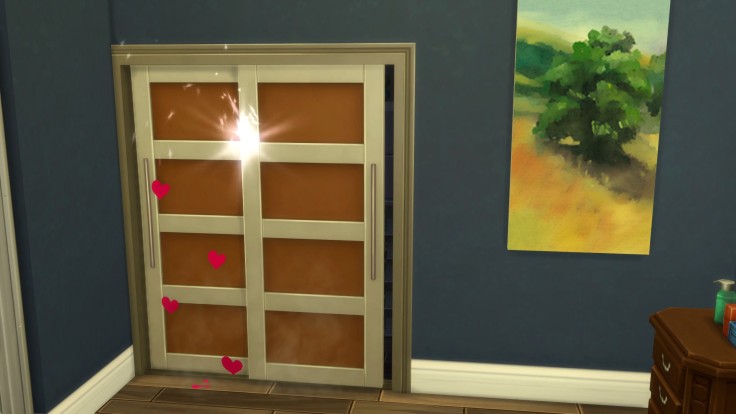 “Woah,” Vito was trying to catch his breath.

“You sure no one heard that?” Louis giggled.

“Well it is your house. Your family…”

“Whatever. It was worth it.” Vito grinned.

“Hey Louis…” He turned around, unsure how to continue for a split second. He decided to stroke Louis’s cheek until the words finally came out. “I love you.”

Louis smiled. “I love you too.”

The only other person who was awake in the house was Carly, but she was too bewildered to notice they had a visitor.

She stared at herself in the mirror. Now that she’d finally gotten attention from the opposite sex, she felt like a paper doll. Like the only thing that mattered to them was how she looked.

She never wanted to feel that way again. She had to do something. Anything. 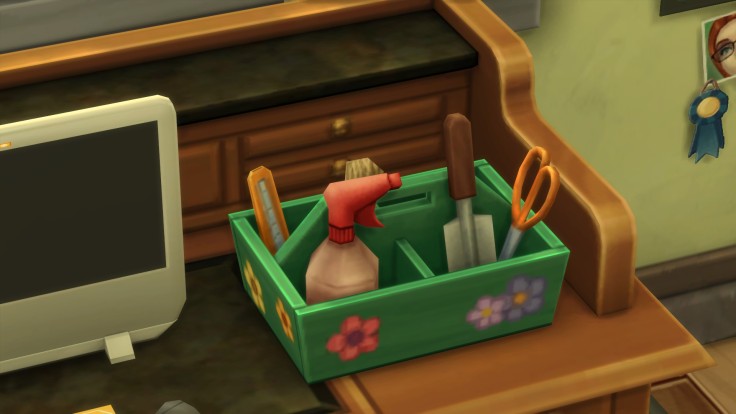 Her eyes landed on a pair of scissors on her desk. It was a split second decision… 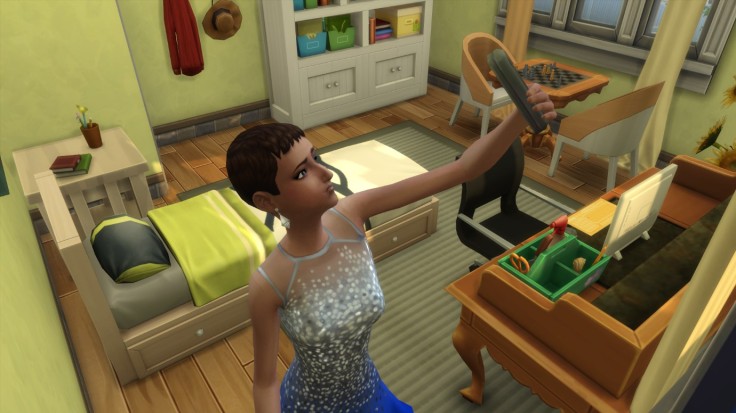 …but she was quite happy with it. She felt like a whole new person. A whole new Carly. Definitely not Lottie.

Or maybe she could even go by her full name now. Carlotta. Somebody who knew what they wanted. Who didn’t let others walk all over her. Because she knew what she was worth. And she would never be anybody’s second choice again.