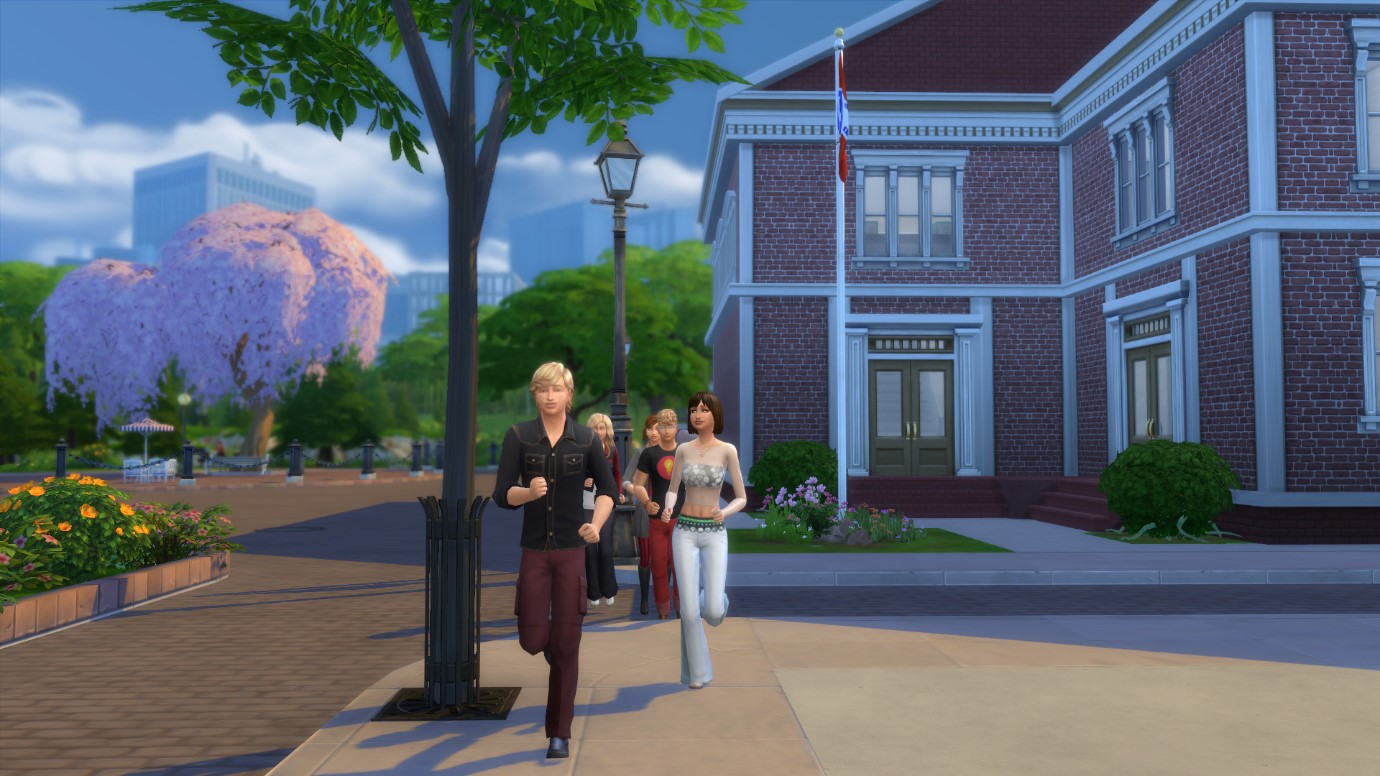 The doors of Magnolia High spread wide open, but it was still barely enough space for all the excited teens to make their way out. They burst into the streets of Magnolia Promenade with unusual vigour; the last day of the school year was finally over! 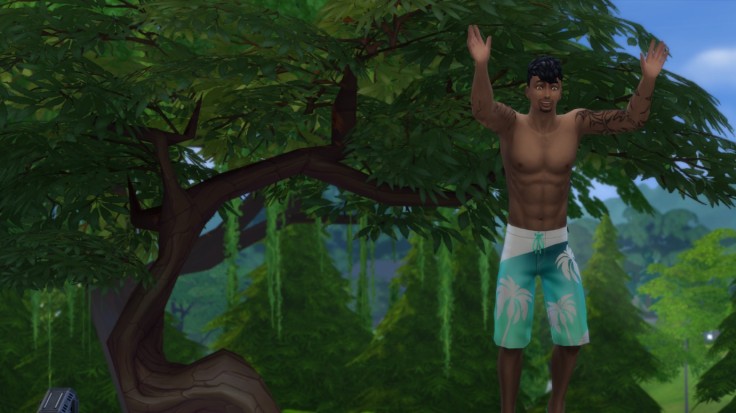 And that meant freedom for the summer, impending adventures and of course, a final blowout pool party over at the teen lounge. No wonder everyone was buzzing with anticipation… 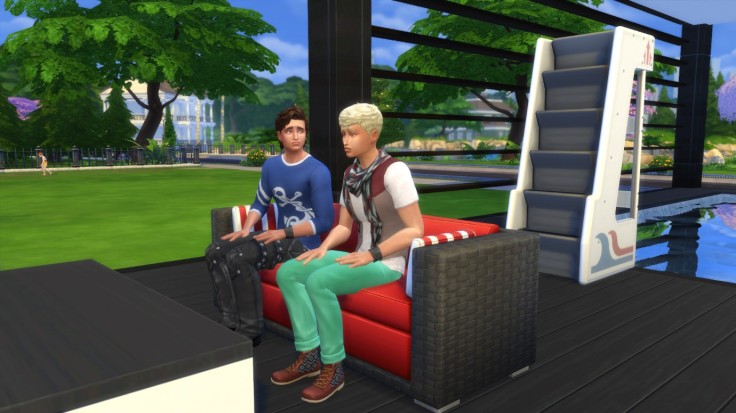 “Can you like… miss your plane tomorrow or something?” Vito suggested.

Louis attempted a smile. “I’m not too sure that would help in the long run.”  He played woth the ends of his scarf distractedly. “I didn’t think the year would go by so fast when I first got here…”

“But hey, it’s not fully over yet,” Vito pulled Louis closer. “We’ve still got tonight!”

“Maybe if we forget about tomorrow for long enough, it’ll never come.” 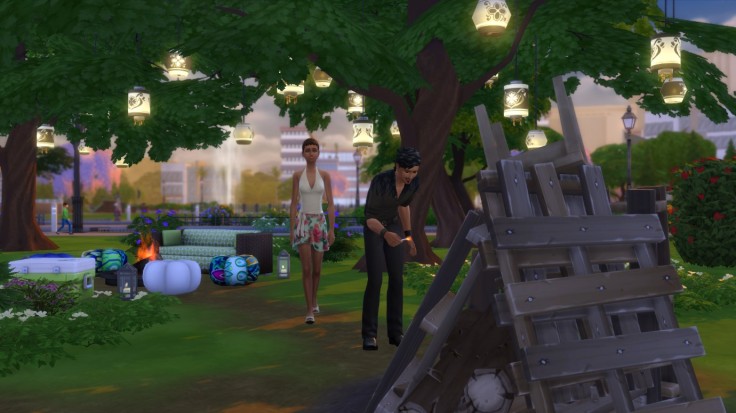 Carly and Ralph were in a much brighter mood.

“Careful with those matches,” Carly smiled as she joined Ralph by the bonfire wood.

“Pfft, your lack of confidence in me is shocking,” Ralph teased her. “I know what I’m doing… Woah!”

Ralph took a step back. “I do have to admit that fire is way bigger than I anticipated!”

Carly giggled. “Not to say I told you so…”

“Well, it’s already settled that you’re way smarter than me.” The boy shrugged with a grin.

“What would you do without me…”

“I’m glad I have an important part to play in your life,” Carly laughed.

“You do.” Ralph replied, turning serious. “You know that, right?” 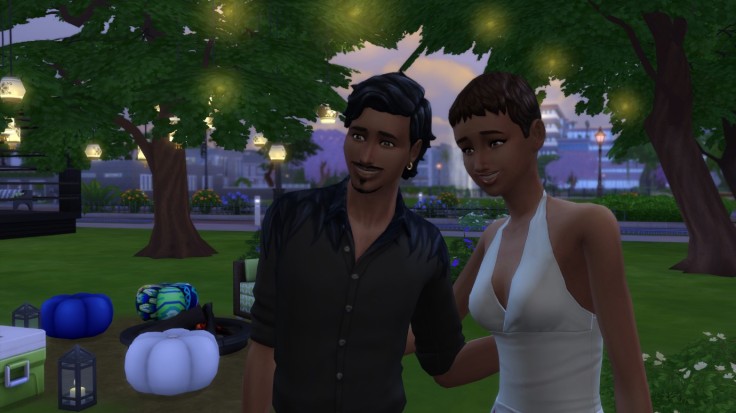 Carly felt so much joy she failed to express it with words. She simply nodded.

They remained silent, just enjoying the moment, each other’s company and the prospect of the things to come. 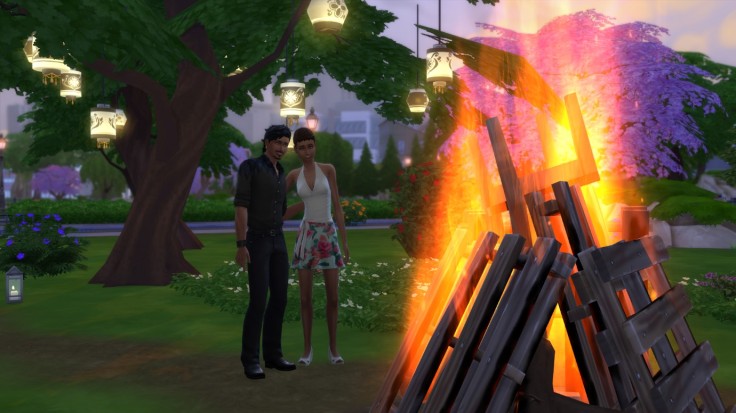 After all, for them, it was only the beginning… 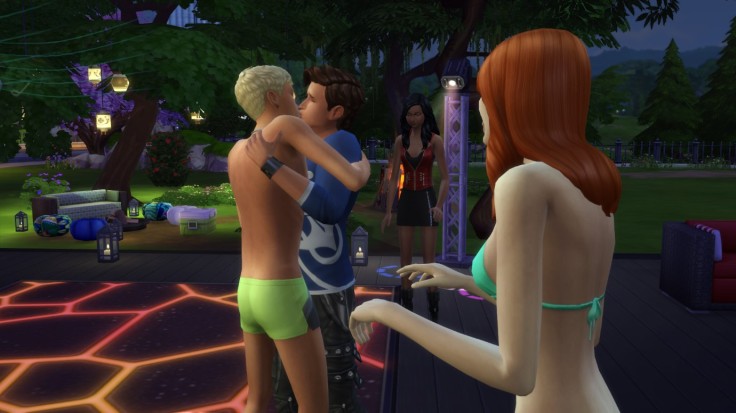 For Louis and Vito, on the other hand, it was all about desperately trying to hang on to the time they had left.

Seraphina didn’t see it that way though. She just saw two people not wanting to let go.

And in spite of the fact these two annoyed her to no end (well, one of them in particular), she couldn’t help but wonder if anyone would ever feel that way about her.

Doubtful, the voice inside her head said.

She decided to head to the bar, already regretting her decision to come to this stupid party in the first place.

Hallie was in the zone. She got her hands on a brand new track and she was loving it. The beat was already luring her into all kinds of other words, tempting her with thoughts of songs this might mix well with. She swayed from side to side, humming the tune. 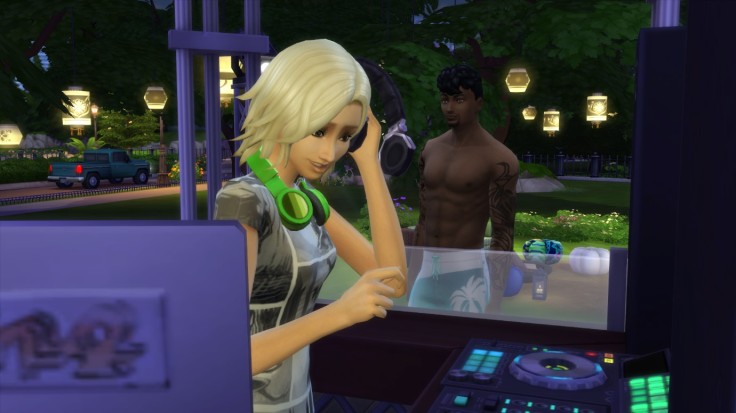 She slowly felt the joy being sucked out of the moment. Why couldn’t it linger for a little longer? Why did he have to ruin it?

“Sure,” she forced herself to sound neutral. She begrudgingly put the headphones down and followed Larobb over to the fire pit. 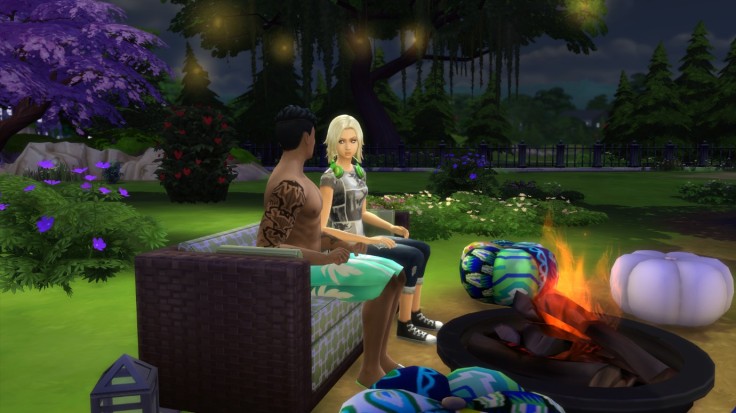 “What’s up?” She asked when they sat down. Not that she didn’t know what he wanted to talk about… but she was playing for time.

“You’ve been distant,” he got straight to the point. “Ever since we got together, you seem to be avoiding me. This is not how it was supposed to work.”

“Oh, and how was it supposed to work?” Hallie snapped. “Enlighten me…” 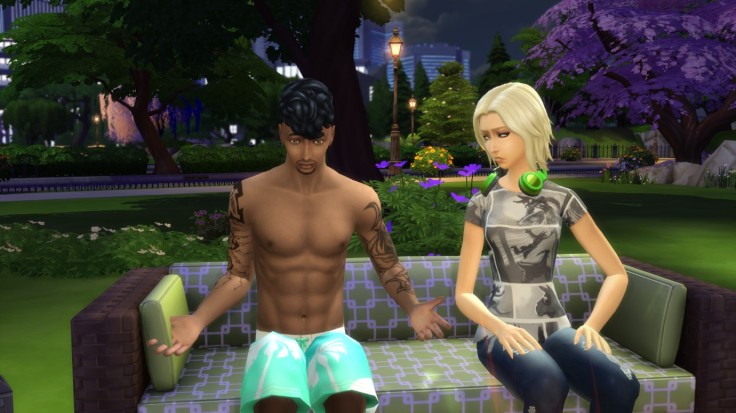 “It was meant to bring us closer… shouldn’t that be obvious?” Larobb asked. “We’re together now, after all…”

“I fail to see how we’re more together now then we used to be,” Hallie frowned.

“I just don’t know what went wrong,” Larobb said. “It’s me, isn’t it? If I was more handsome, or funnier, or taller, or more muscular…”

“Is it somebody else? Do you like someone from the school?” 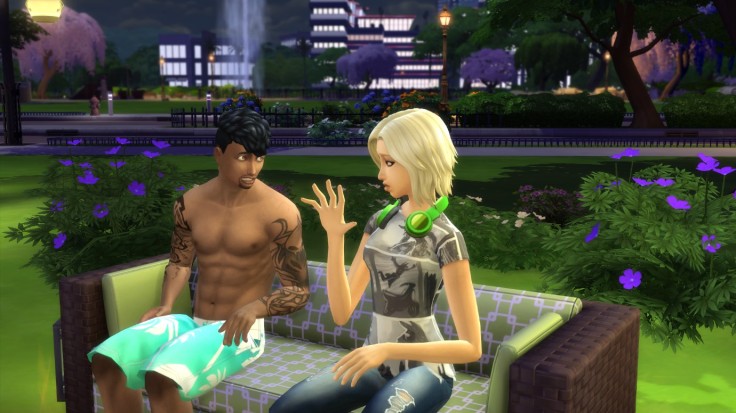 “Oh plum, you’re not giving me the it’s not you, it’s me phrase, are you?” Larobb raised his voice. “We’re better than that, aren’t we?”

“I’ve told you, I just don’t exactly want to get physical with anyone,” she stumbled over her words. “I… I don’t understand the big draw. Nobody I’ve seen pursuing this stuff seems happier for it…”

“Seriously?” Larobb was losing patience. “Look around you! Look at your own family…”

“I am. They’re pretty dysfunctional, don’t you think?”

“You say you love me, but every time I kiss you, you look like you want to be anywhere but with me. You say you think I’m handsome but I seem to repulse you. You say I’m your soulmate but you barely want to talk to me!” All of Larobb’s hurt feelings were pouring out. “If it’s not games, then what is it?” 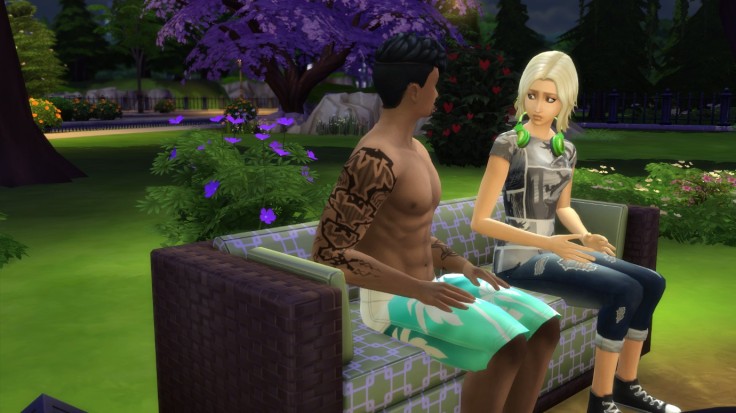 Hallie was dumbfounded. “You… you really feel that way?”

“How do you think I should feel?” He hissed.

“I’ve never lied to you, Larobb,” Hallie said. “I do love you. And what we had, have, is special. Was special. I don’t know. It is different now. Because you wanted things to change. And I said I’d try to change for you, but… I don’t know if I can. I mean, kissing is already weird enough. I can’t even begin to imagine… Well, you know. But not just with you. With anybody. You’ve got to understand…”

Larobb couldn’t hold his frustration back any longer:

“Yeah, I understand! You’re plumming frigid! People don’t excite you, because you’re so plumming cold inside!”

Hallie’s world turned inside out. She couldn’t believe her best friend just said that about her.

“Why does everything have to revolve around physical attraction?” She yelled back at him. “Just because I don’t want to woohoo your brains out means I don’t have a heart? That I don’t care about you? That my feelings for you aren’t valid!?

I care about you regardless of whether you’re hot or whatever! Shouldn’t that make my feelings more real? But maybe you’re right. If you really think these things about me, I don’t even know who you are anymore. So you’re right, maybe I don’t love you. I love who I thought you were…”

She couldn’t go on any longer. She was on the verge of tears. 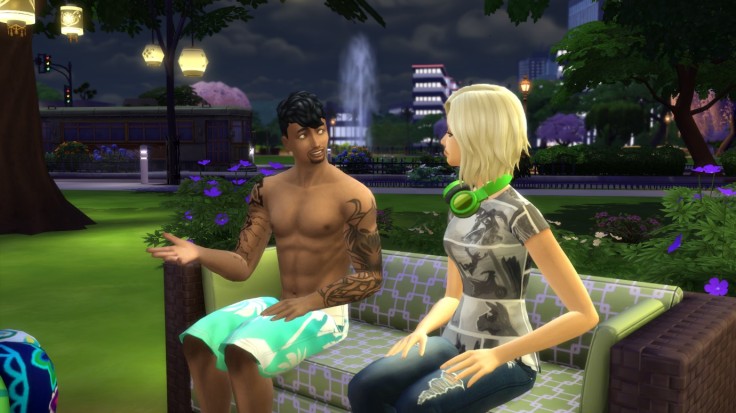 “Hallie, I’m sorry. I’m so sorry.” Larobb sounded broken. “I should have never said what I said. I… I don’t even recognise myself anymore.”

He paused, as if he’d already regretted what he was about to say:

“I don’t know how much longer I can go on like this. You see what I’m becoming. It’s driving me nuts! You say these things, and maybe you mean them now, but one day you’ll meet someone who’ll make you weak in the knees. And I’ll still be sitting here like a plumming idiot. Your platonic ‘love’. I want more, Hallie. I need more.”

Hallie felt helpless. “So… where does that leave us?” She asked.

They fell silent for a while. And then, she watched him stand up, as in slow motion.

“Larobb, come on,” she pleaded. “We can figure this out. I don’t wanna lose you. I can’t lose you, please…”

“I can’t,” he just whispered lifelessly. “I can’t be just your friend. And you can’t be my girlfriend. Don’t you see? We’ve both lost already.” 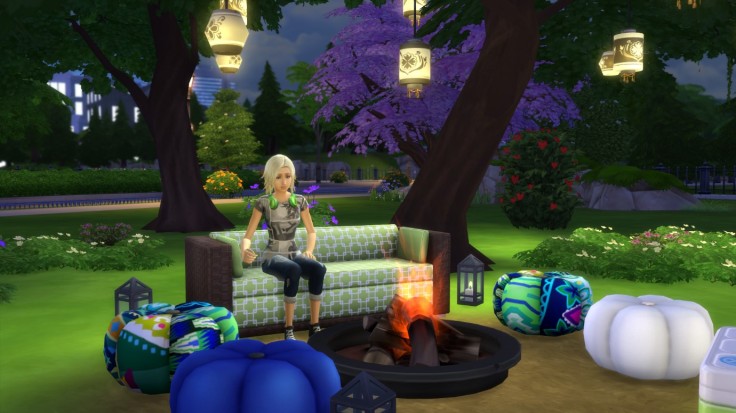 The atmosphere was much more relaxed on the balcony. Carly, Ralph, Vito and Louis were lounging in the hot tub, their eyes slowly starting to fall. Louis was dozing off.

“Not the vicious sunrise!” Ralph laughed.

“We’ve got to go home! Mom and dad are going to kill us…” She stood up, shaking the water off in an almost dog-like fashion. 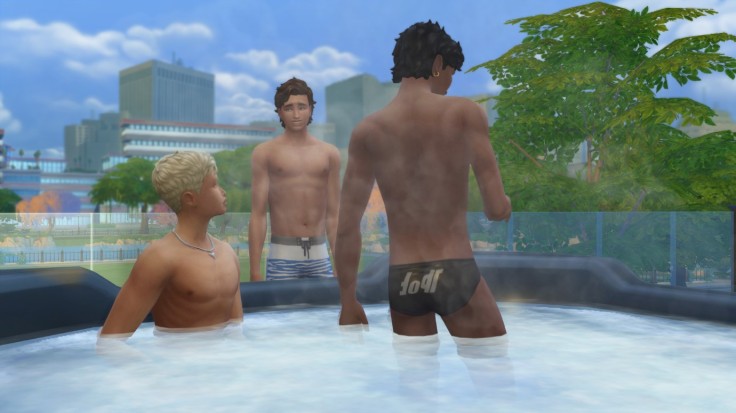 “Yeah,” Vito added. “I think Louis and I will stay for a bit longer. Since it is Louis’s last night here. So… you know.”

“And on that note, I’m out of here too,” Ralph swiftly made an exit as well.

Louis was completely awake all of the sudden. They barely waited for Carly and Ralph to shut the balcony door.

“Hey Vito,” Louis stopped in the middle of the kiss. “You won’t forget me, will you?”

And for that moment, he forgot about everything but Louis.

“Plummit, maybe we can make the distance,” Louis said later on, when things were back to being less steamy. “It’s only a couple of years, right? I can move back here again once I finish high school. You can visit me in Windenburg in between…” 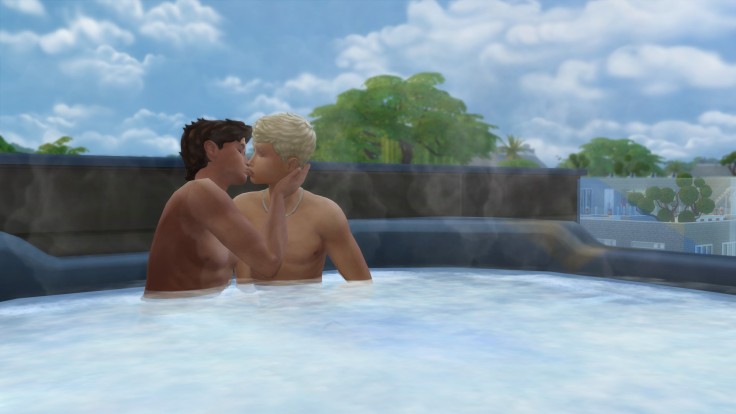 Vito pulled Louis closer for another kiss, savouring every last ounce of him, though. Just in case.