Larobb was trying to resist the urge to run away. He should have known it was too good to be true when his sister offered to set him up with a pretty girl he used to know in high school. But Sera Bloomer, out of all people? What was Tawanda thinking?

“Wow, you should really try to contain your excitement about this, Larobb,” Sera said snarkily.

“Sorry. I didn’t expect…” He stumbled on his words.

She examined his face. He did grow up rather handsome. “Look, I didn’t expect you to be my blind date either! But maybe we should just… see how it goes? We’re both here, I guess…”

“I dunno,” he hesitated. “I mean, we didn’t exactly get along as teens, did we?”

“We barely talked!” Sera pointed out. 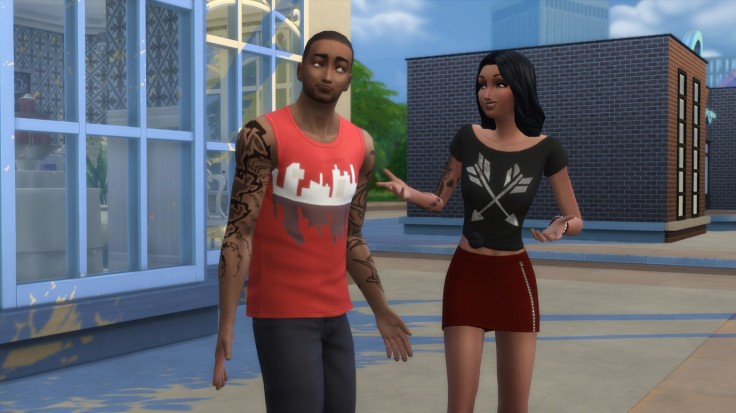 “Look, people change,” she made her peace offering. “I know I have. And maybe you have too. Why don’t we just pretend this is a real blind date and we’re total strangers.”

“Ok. I guess we can give it a shot,” Larobb shrugged and followed Sera into the café. 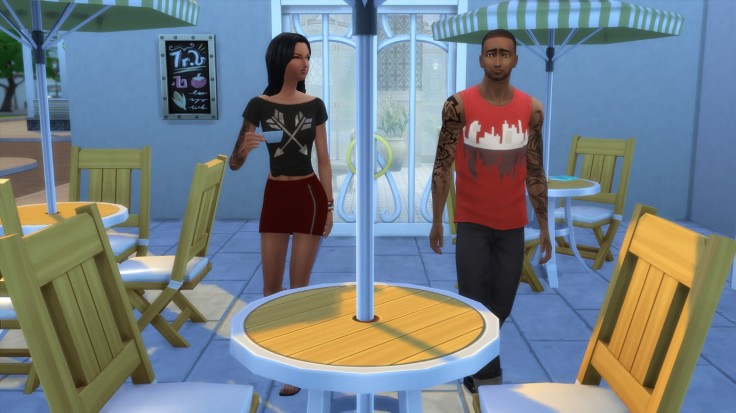 Except that he seemed miserable before they even sat down. So much for giving it a shot, Sera thought.

Well, at least she’d give it a chance.

“So, what do you do these days?” She started non-committedly.

Music. Presumably not DJing, since his paths would have crossed with Hallie, Sera figured. She sighed. This was going to be hard work. “Like, singing?” 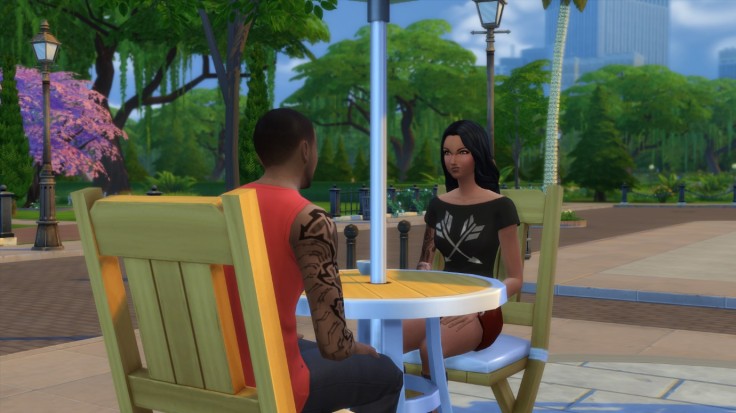 Another one liner. Sera started to lose patience.

“Are you actually going to make any effort at all!?”

“Or you’ll yell at me?” He asked. “Didn’t you say you’ve changed since high school?”

Sera paused. Maybe he had a point.

“You’re right. We’re both getting defensive.” She admitted.

“Yeah. I guess I’m not really that open-minded.” Larobb said.

“I guess I haven’t changed that much,” Sera laughed.

They sat in silence for a moment.

“Maybe we should just go home,” Sera gave in eventually.

“It’s just… going into this blind date, I was kinda hoping…” He paused and shook his head.

“Spit it out already.”

“How is Hallie doing?” 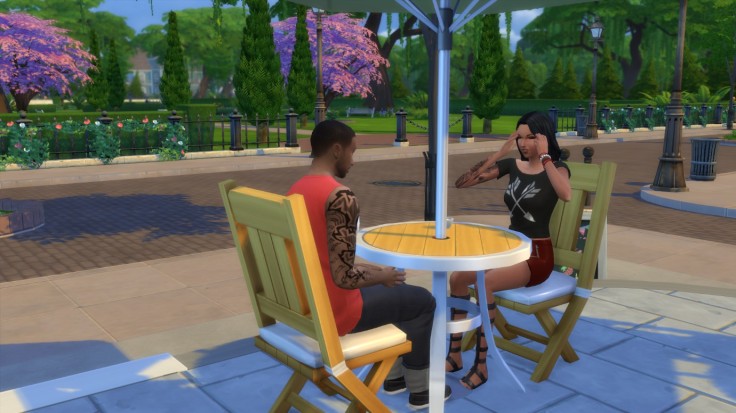 Sera closed her eyes. Clearly this date was doomed from the beginning.

“She’s fine.” She gritted through her teeth.

“That’s good.” Larobb ignored her tone, hanging on her every word.

“You thought it was going to be her,” Sera realised. “You can’t be serious…”

“I guess I may have hoped,” He admitted, avoiding eye contact at all costs.

“Like Hallie would agree to go on a blind date,” Sera almost laughed.

“Yeah. Stupid, I know. She’s probably seeing someone, isn’t she?”

He was hopeless, Sera thought. She was feeling calm again.

“She doesn’t?” He seemed to struggle to comprehend. “But she could easily get any guy she wants…”

“I guess some people don’t change, huh?” Larobb trailed off.

“Not when it comes to big things like this,” Sera nodded. “But you know what? I’m pretty sure she would love to see you. You know, as a friend. You guys used to be inseparable. If you want her in your life again, why don’t you just talk to her?” 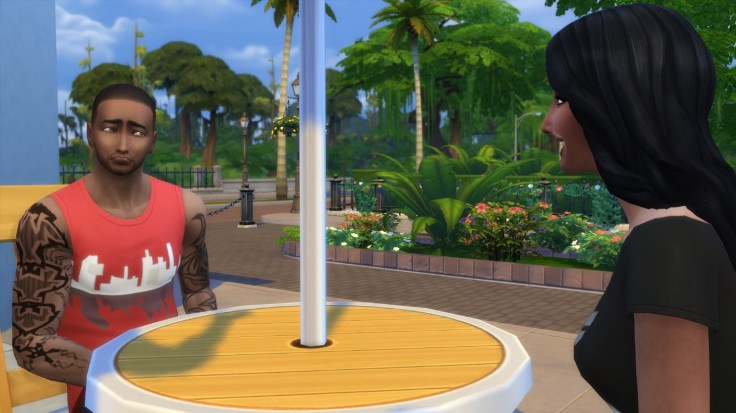 He looked at her with sadness in his eyes. “Because I’d always hope for something more.” He said quietly.

“I do miss her,” He carried on. “But I just don’t know if I could only be friends with her.”

“Even now?” Sera raised an eyebrow. “It’s been years…”

“Even now.” He nodded solemnly “She was my first love. Do you remember your first love, Sera?”

Seraphina looked down. She didn’t answer. 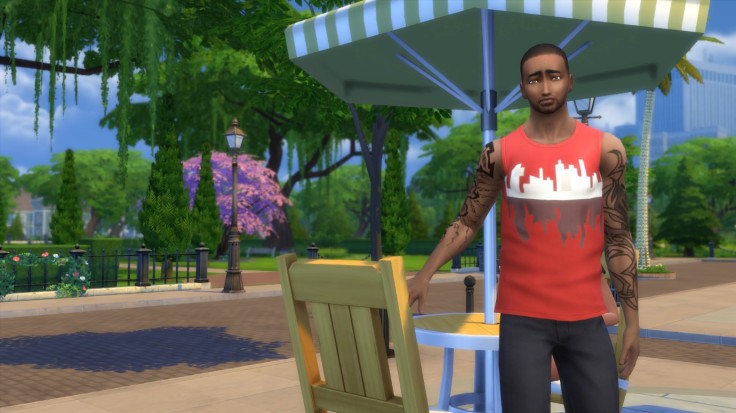 “I’m gonna head.” Larobb stood up, looking even more upset than when they first walked into the café. “Sorry Sera. It’s not your fault.”

He dragged himself towards the Magnolia Promenade port.

Sera watched him until he disappeared out of sight. Why did first loves leave such a horrible mark, she wondered. And why did people always get hung up on things they couldn’t have? She wished she had the answers.

But she had nothing. In fact, she’d struggled to answer even the seemingly simple question Larobb had asked her.

How was Hallie doing?

Well, her DJing career took off, and not just in Newcrest. What started off with gigs at the teen lounge and the bar turned into extended invitations in clubs in Willow Creek and Oasis Springs.

She became known under the stage name DJ Eillah, but she owed her international success to her legacy – not the Newcrest Building kind though. The citizens of Windenburg knew very little about the Bloomer clan, but they still remembered what an epic DJ Candy Rocca was.

No wonder they loved Candy’s daughter. And Hallie loved them. She flew over to Windenburg frequently, both for the clubbing scene and for the sentimental yearning. To be a little girl living with her parents in their cottage in the town centre again. To not have a care in the world, and be young and innocent and not have anyone question it. 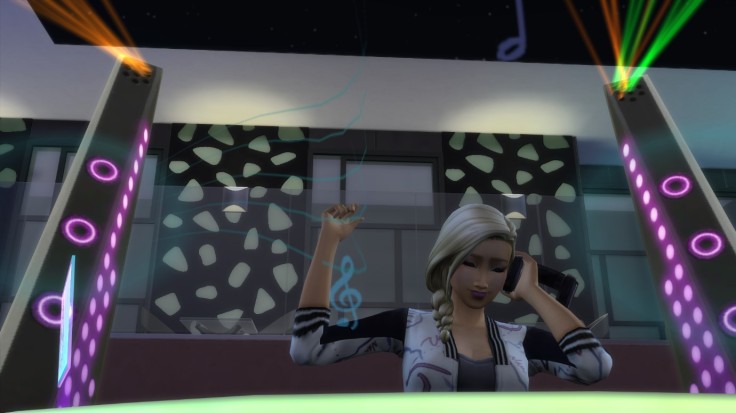 The crowds did care about her, though. She’d acquired somewhat of a following, with some fans jetsetting like her, and coming along to several of her gigs around the world.

She generally found having such a strong fanbase amazing and felt humbled by their loyalty.

She’d get asked out more often than not, and heard a number of cheesy pick up lines. The most puzzling one to her was when people would come to request a song, but then say she should play her favourite… what did they think being a DJ entailed, exactly?

She’d usually just avoid interacting with anyone as much as possible, and leave the club as soon as she was done performing. What was the point of staying anyway? She didn’t belong. Once she was out of the safety of the DJ booth, the reality of juiced people on the dancefloor trying to find someone to woohoo with for the night would set in. Not something she particularly fancied sticking around for.

And so she returned home alone, no matter whether home for the night meant her actual studio, or a hotel; it meant finally being able to breathe. Slipping into comfy clothes, washing off the crazy makeup. Because those things, they weren’t the real her. 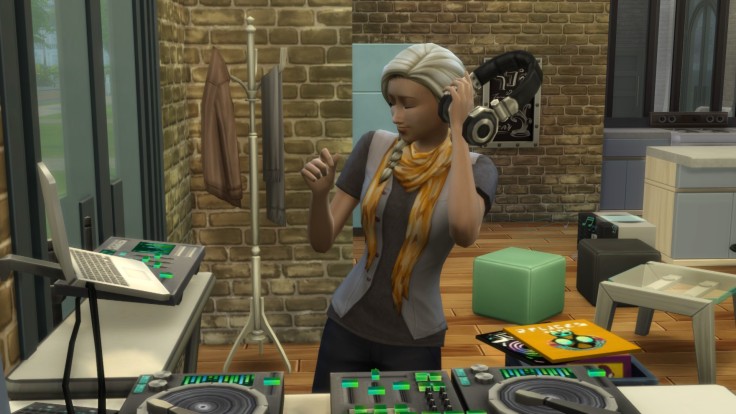 She wished she didn’t have to put on a mask to earn a living doing what she did. She’d be perfectly happy if she could just record back in her house and not set foot in grotty clubs.

It wasn’t that she didn’t like people. She had a number of friends, mostly music lovers, who would often gather at her place to listen to newest releases together. She appreciated them, they fascinated her, even, but Hallie wasn’t sure if she felt more alone being with them or on her own.

It seemed nobody fully understood her. They all appeared to think she needed to find someone to complete her. Tried to fix her up with people. They meant well, of course. But that didn’t changed the fact they were all under the impression she needed “sorting”.

Did everyone really need a soulmate to complete them, she wondered. Aunt Yenn was perfectly content on her own. But because she’d once had a great love, somehow the society felt it was acceptable for her to not seek out a second lover. She’d ticked the box, had the seal of approval. 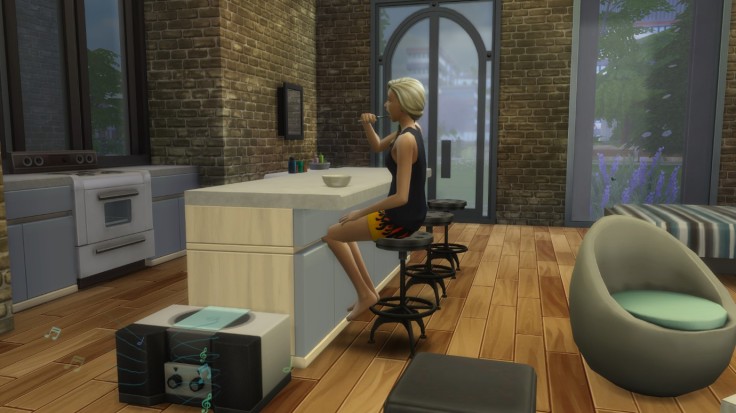 It wasn’t that Hallie wanted to be alone. Nobody wants to be lonely. She missed the old days, when you could get companionship without expectations. But those were long gone.

She’d tried forming deeper relationships after the whole thing with Larobb had gone up in flames, but it was always the same old story. As soon as she started to feel like her and the other person really shared something, they would start wanting more. And so she pulled out. She wasn’t repeating that mistake again.

And so gradually, she’d open up to people less and less, not going past superficial friendships. 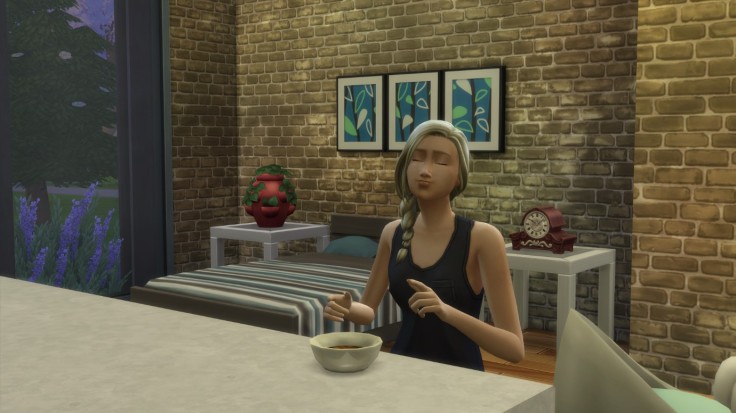 So how was Hallie doing? Well, she wasn’t exactly happy. But as long as there was music, she’d always find a reason to smile.

“To what do I owe this late visit?” She eyed him up and down. “Or, should I say early visit? The sun’s about to rise any minute.”

“Well, how else does one fit into your weird nocturnal patterns? I tried to come by earlier, but you weren’t here,” Vito explained with a casual smile.

“I had a gig over in Willow Creek,” she told him. “Took me a while to get back.”

“Sure,” he nodded impatiently.

“Didn’t you say you had a thing in Windenburg coming up soon?” Vito got to the point.

“Yeah, the Harbour Quarter Festival is coming up in less than a week,” Hallie nodded. “I’m surprised you remembered – you mean you’ve been paying attention to someone other than yourself for a change?”

Vito ignored the dig. “Well, I was thinking I could come with you.”

“Of course you were,” she smirked. “So, is there a particular reason why you want to go to Windenburg?”

“You remember how I told you about Louis appearing?” Vito asked.

Hallie arched an eyebrow. “Sure. You said he’s in Newcrest and hates your guts. What’s Windenburg got to do with it?”

13 thoughts on “The Bloomer Legacy: 9.33 Somebody that you used to know”