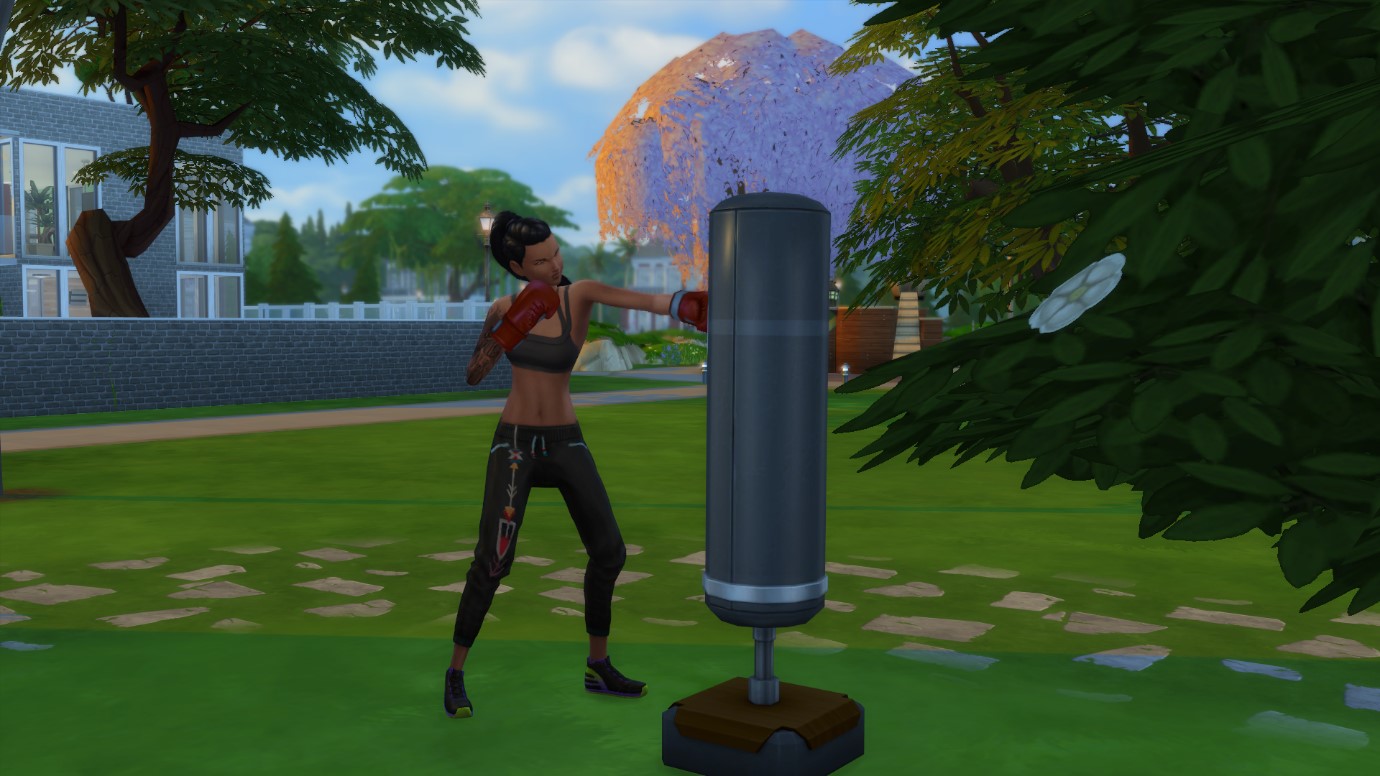 Sera hit the punching bag with full force. She was so angry. Another terrible date. How many had she been on? She’d lost count. It seemed that everyone she’d tried going out with already had made their mind up about her (and not in a good way) or turned out to be a jerk. Or a combination of the two.

She used to go to aunt Yenn every time she’d had a bad date at first, but it was just getting too ridiculous and too repetitive. There wasn’t any point to burdening her aunt with the same story over and over again. 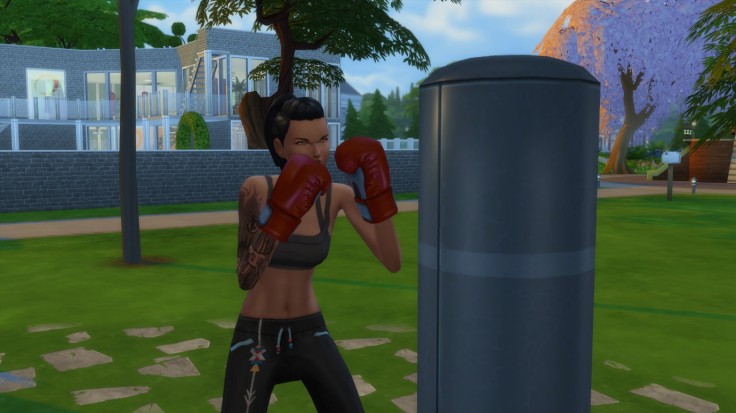 So instead, she skipped straight to what she’d learned from Yenn when it came to managing her anger. Usually, by the time she was finished punching the bag she was too exhausted to feel much of anything.

But right now, she was still at a stage of rage. And Ralph being noisy with his stupid woodworking wasn’t helping.

Normally she and Ralph got on well. She enjoyed his sarcastic humour and appreciated that he didn’t take nonsense from anyone. Well, other than his Lottie, of course. She could practically do anything and he’s still worship her.

She threw another punch. She knew she was just being jealous of what they had. So many dates, and still, the punching bag was the one she’d seemed to spend the most quality time with. Did she ever have a chance of finding anybody that would actually want to marry her and take her on a honeymoon of her dreams, the way her sister did?

Don’t think about the answer, she told herself. Just keep punching the plum thing. 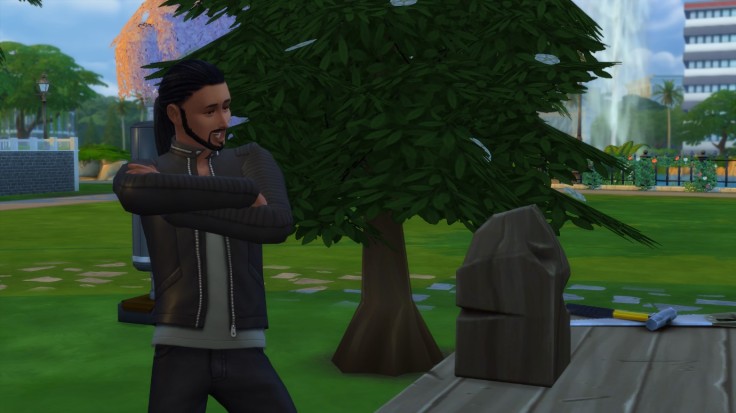 Ralph wasn’t really paying attention to Sera. Having practically lived next door to her for quite some time now, he knew better than to try to talk to her when she was in one of her moods. For somebody that tried to act all tough, Sera cared way too much about what other people thought of her. He’d talk to her when she calmed down a bit, he decided.

He was way too in the zone now anyway. He was attempting to make a wooden toilet. The thought tickled him. But since he’d abandoned a lot of his former “work” now, he decided learning to craft as many things as possible would be the way forward. He actually had a whole business venture idea. He still had to suggest it to Lottie, but he figured she’d like the plan. It went along with the whole building legacy and all…

“Ralph?” Carly’s head peaked from behind the house.

He beamed. “I was just thinking about you. There’s this awesome plan that I’ve got that I think you’ll really…”

He stopped mid-sentence after he spotted her face. One look told him all he needed to know. 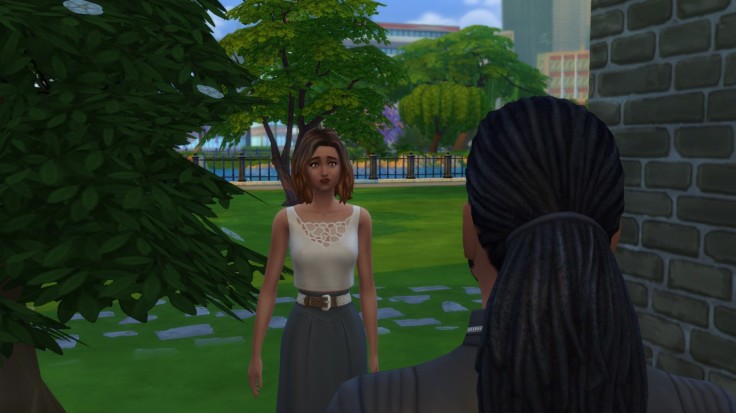 “What’s up?” His voice croaked unnaturally. He may have been in a number of sticky situations with all kinds of people in the past, but this was the first time he actually felt nervous.

“Marvin? Who’s that?” Ralph attempted a joke, cursing himself. He knew he wasn’t doing himself any favours, but he couldn’t help the knee-jerk reaction.

“Anyway, we made small talk for a little bit, and guess what he mentioned. That he ran into you at the police station. And that you were on a first name basis with the receptionist. He told me he was afraid you might be in trouble.”

“Yeah, I’m sure he was concerned.” Ralph snickered. “Listen Lottie, there’s a perfectly good explanation for this…”

“That’s what I told Marvin,” Carly interrupted him. “I said that was impossible, since you’d promised me you wouldn’t not do anything dangerous.”

“But I decided to drop by the police station, just in case.” She continued. “Because stupidly, I thought that on the off-chance you did get yourself in some kind of a mess by accident, my family ties would help…”

She hadn’t overestimated the importance of being a Bloomer. They let her see the chief practically immediately. 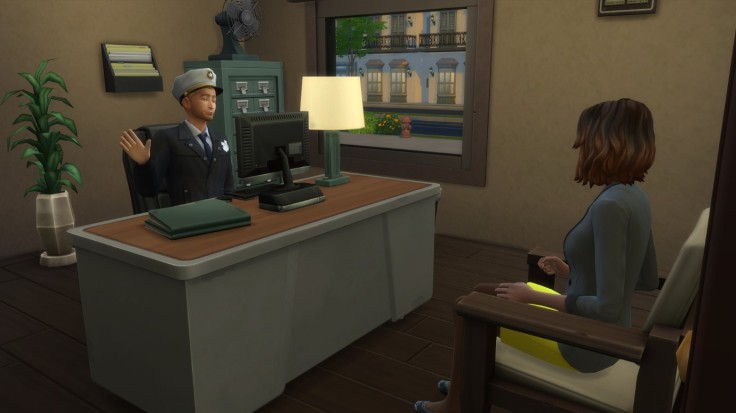 “Right,” Carly nodded distractedly. “Yes. He was a very brave man, from what I read about him.”

“You must be overjoyed that your fiancé is following in his footsteps.”

And then he told her. Carly couldn’t believe what she was hearing.

An undercover mission that Ralph had been selected for because he had friends in the right places (“Of course, right being a relative term here,” the chief laughed carelessly).

It seemed the chief hadn’t realised she had no idea about any of it until he saw her shocked face.

“I’m not sure why he chose to withhold his achievements from you,” he hesitated. “But I assure you his work was invaluable. Thanks to Mr Forrester, we have been able to take down a threatening gang and ensure Newcrest stays just the way your ancestors had always envisaged it, crime-free.”

“It’s a shame he no longer wants to assist in future missions,” he continued. “At the moment things are calm, but we could certainly use his helps should another opportunity arise.”

“Another opportunity?” Carly repeated lifelessly. “Are you joking?” 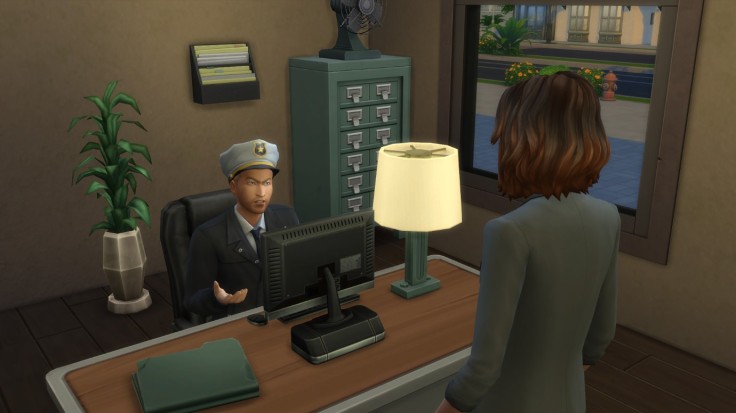 “I don’t appreciate your tone, Miss Bloomer,” the chief grew aggravated. “It seems you have no respect for your fiancés hard work. And for Isaac Bloomer’s legacy. With all due respect, you’re being very ungrateful to the men who were risking their lives to protect this city.”

Risking their lives… Carly practically ran outside of the chief’s office.

Maybe she was being ungrateful. But that’s not how she felt. She felt heartbroken and betrayed.

“I think I’ve talked for long enough,” she told Ralph. “And you’ve been unusually quiet. So tell me Ralph, what am I supposed to make of all of this information? How am I meant to react? Please tell me something that’s going to make this all better.”

Her voice was trembling. Ralph could see she was on the verge of crying.

He swallowed heavily. “Well, you know the whole truth now. So you understand why I was associating with that kind of people. It was for the right reasons in the long run.”

Ralph let out a sigh. “True… So I came across all kinds of people while I was around town and hanging out with the bookies. But is it really wrong that I went to the police when I uncovered something really fishy going on? And that I was able to help them take the whole thing down?”

“But what about me, Ralph? You never mentioned any of this, and you had so many chances,” Carly said sadly. “You lied to me, over and over. Why?”

“Look Lottie, I wasn’t proud that I ended up with those people,” Ralph clung onto her hands. “I couldn’t admit it to you… How would you look at me? The way you’re looking at me now.”

“Surely that’s the answer to your question Ralph,” Carly said. “Yes it is really wrong, and you knew it all along!”

“But it was a good thing in the end,” he tried to remind her. “It helped Newcrest be a better place. It helped us…”

Carly stepped away from him. “Helped us? How? Oh, when you got paid both by the police and the criminals to pay for our honeymoon? How very noble… yes I remember the conversation about the chair. I was such an idiot!”

“I’m sorry,” Ralph pleaded. “I know I’ve let you down. But you know I’m not doing any of this stuff anymore. I’ve promised, remember?”

“And I’m supposed to believe that? Sorry’s not going to cut it this time, Ralph.” 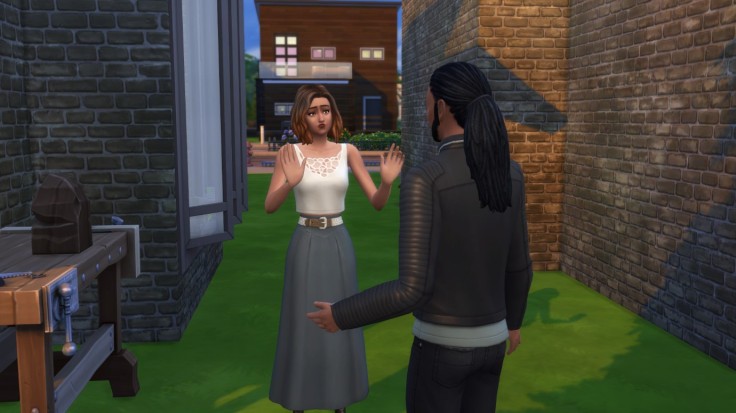 “No, you don’t understand,” Carly was trying to stop the tears that were rushing into her eyes. “This isn’t a broken stool that you can mend on the woodworking table. We’re broken for good. I can never trust you again!” 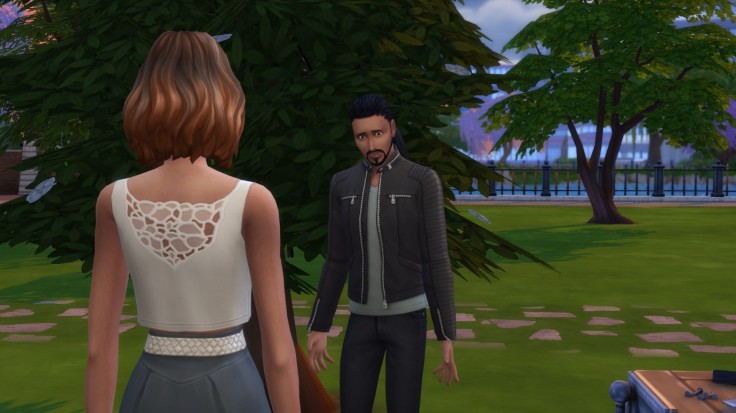 Carly could barely look at him. “I don’t want to, but I don’t have a choice.”

“I just wanted you to be happy,” Ralph’s voice was shaking. “To see your smile when you saw the pyramids. Lottie… Just give me one more chance. I’m done with all those things, I promise. Don’t throw us away. After all these years…”

“I haven’t thrown us away, Ralph,” Carly said quietly. “You have.”

Neither of them realised Seraphina overheard the entire conversation. If it could be called a conversation. It seemed like more of a sparring match than throwing punches at an inanimate object ever would.

Sera’s anger was all gone, and it had nothing to do with the boxing. What she just witnessed was horrific. Now this was definitely something to go to aunt Yenn with.

Except that Sera knew that even aunt Yenn didn’t have the power to resolve this.