The end of the Harbour Quarter festival rolled around quickly, and before Hallie knew it, her and The Neon Sirens were performing the closing gig,

The week has had its ups and downs for Hallie, but the time on stage was a high point for her without a doubt.

And her and the band were even more in tune than during the opening act. They all felt the synergy. It was one of those rare moments when everything came together, and the world seemed to make perfect sense.

Music heals all wounds, and fixes all kinds of pain. At least temporarily.

And then it was all over. The festival was done.

Avoiding the masses, Hallie ventured backstage, onto a deck which had a lovely view of the apartment her and Vito had been staying in.

She was surprised to see Bonnie, the band’s pianist, out there on her own, seemingly lost in thought.

“Hey Bonnie,” she nodded towards the woman. “How come you’re not joining the party?”

“I think my interests are a bit more subdued than the rest of the band’s,” Bonnie laughed. “I’d rather hang back here and enjoy the breeze. And the view. It’s stunning, isn’t it?”

“It really is,” Hallie smiled, looking into the horizon. She figured the small talk was done at that point.

“You don’t seem like much of a party animal either yourself,” Bonnie observed. “I was surprised. A famous DJ, but unless you’re performing you always disappear like vapour. What an irony…”

“Says the rockstar who’d rather admire the seafront than go get juiced,” Hallie grinned.

“Touché,” Bonnie nodded. “It’s not that I don’t enjoy a bit of juice, mind. And I obviously love the music. It’s just, these things feel like such a meat market sometimes.”

Hallie’s eyes widened. “Holy cowplant I know! I’m so fed up with guys trying out the worst pickup lines in the world on me and thinking it’s ok just because they’ve had a couple of drinks.”

“I bet you get that a lot,” Bonnie smiled. “Must be tough to when they don’t get that you’re just not interested.”

“Yes!” Hallie voice flew up high. They both laughed.

“Well I say forget them!” Bonnie told her. “No need to feel like prey. I was gonna go to this quaint little pub in the countryside, The Shrieking Llama. I’d love for you to join me, if you’re up for it!”

Hallie was overwhelmed with gratitude. Finally, somebody who got her. Who didn’t imply she had to be a certain way to fit in.

“I’d like that very much,” she smiled at Bonnie.

The bar was filled with some rather “colourful” characters, but it did seem very different from the clubbing scene. Hallie slid onto the wooden barstool and ordered a pint.

“This place is so cozy,” she turned to Bonnie. “How did you find it?”

“I went on a hike last time I was in Windenburg and I randomly stumbled across it. Quite a gem, isn’t it?” Bonnie smiled. “I’m surprised you’ve never been here, weren’t you originally from Windenburg?”

Hallie looked down, focusing on the detail of her glass handle. “I didn’t exactly go to pubs around Windenburg,” she said quietly. “I was young when my parents… I mean, when I moved away.”

“I’m sorry, I’m a dweeb,” Bonnie looked at her apologetically. “I didn’t mean to bring up an uncomfortable subject.”

“It’s ok,” Hallie shook her head. “You couldn’t have known.”

“How about we do something fun instead,” Bonnie suggested. “How do you feel about foosball?”

“I used to play it loads when I was younger,” Hallie smiled. “I might be a little rusty now though.”

“Too rusty to give it a whirl?” Bonnie grinned at her.

“Please… I’m never too rusty to turn down a challenge!”

The evening seemed to have gone by all too quickly.

After the foosball match, they retired to some of the comfy chairs in the corner. Maybe it was their common interest in music and love of performing, or maybe it was the drinks, but Bonnie seemed really easy to talk to.

And somehow, the pub’s closing time rolled around and they were standing outside, about to part ways. Hallie didn’t feel like going back to the apartment, back to being alone. She was sure Vito was out somewhere, trying to woo Louis. So it would be just her. And her thoughts.

But Bonnie had made her feel so… normal. Hallie was terrified of saying goodbye.

“I had a really good time with you tonight, Hallie,” Bonnie said. She seemed so genuine.

“Even though I’ve beaten your kabuna in foosball?” Hallie tried to lighten the mood with a joke.

“I must say I didn’t expect you to be so good at it after you claimed how rusty you were,” Bonnie laughed.

“It was all part of my master plan,” Hallie giggled.

“No, but seriously, I had a great time too,” Hallie told her. “I know you guys tour a lot, and I often play in all corners of the world, so I really hope we can do this again, sooner rather than later.”

“I’d love that,” Bonnie grinned. “It’s not easy to meet people who are on the same wavelength while travelling so much…”

“Exactly,” Hallie nodded in agreement. “And I really wanted to thank you for being so understanding. It made me feel so good that somebody finally gets how I feel, rather than saying I haven’t met the right guy yet…” 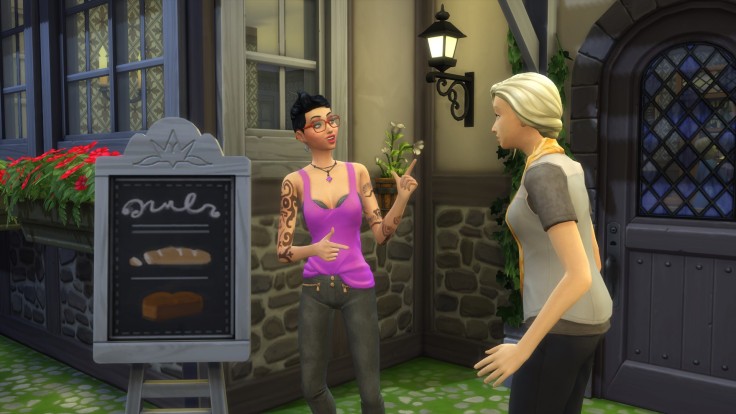 “Well of course I get it,” Bonnie exclaimed. “I’ve been there! And it’s a hard time, before you come out to your friends and family. But once they’ll understand you’re a lesbian, it will be so much easier for you, I promise. I’ve never looked back since. If we do go on another date, we can talk about it more. Figure it out together.”

Hallie’s smile fell. “What are you talking about?”

“Wait, surely you have realised this yourself by now? I mean, you’ve said it yourself, that you can’t imagine yourself in a physical relationship with a man, but that you do want love in your life, just a different kind of love…”

“And your takeaway from that is that I’m gay?” Hallie burst out. “That’s not what I was talking about at all! I thought you understood!”

“I’m sorry too,” Hallie said weakly. “I shouldn’t have yelled like that. We’ve just met. It was silly for me to expect that you, somebody who barely knows me, would get it, when those who have been in my life for years don’t really understand either. And for what it’s worth, I wish I was gay. That would be easy.”

Hallie felt stupid. How could she lure herself into thinking things were going to fall into place from now on… 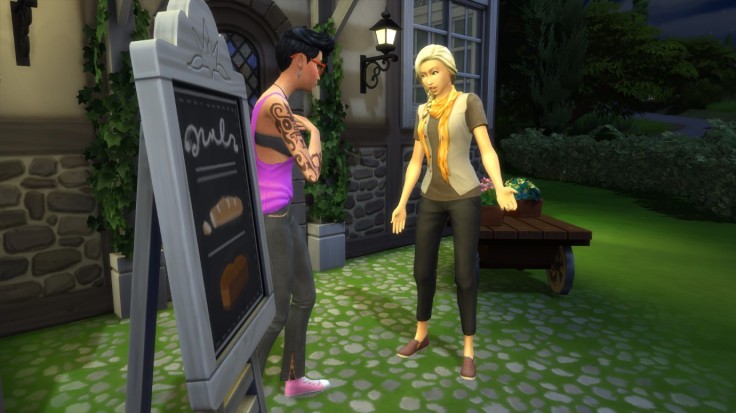 “I don’t know, ok? I just want to be happy,” Hallie grew aggravated again. “Do I not deserve to make a connection with another person, just because all of my decisions aren’t driven by woohoo? I’m like everybody else. And I sure as plum am sick of everyone trying to shove me in a box. I don’t need to be fixed or defined. I just need a friend.”

She didn’t wait for Bonnie’s response. The night was ruined anyway. It had all been an illusion.

She felt bad for Bonnie – none of this was her fault, and she did seem like a nice person. She didn’t deserve for Hallie to unleash all of her frustration on her like that, and Hallie knew that.

But she felt even worse for herself. Every time there was a glimmer of hope, it would turn out to be another misunderstanding. Would the circle ever be unbroken?