Hallie rushed through the Windenburg ruins that afternoon. With the flight back to Newcrest leaving early on the following day, so she wanted to make a stop she would never miss when visiting.

She practically ran towards the end. She wasn’t sure why. It wasn’t as if they wouldn’t wait for her if she hadn’t arrived on time. But she felt the need to get there as quickly as possible, like a child running into its mother’s arms. Getting shielded away from the harsh reality of the world.

Of course, it wasn’t quite a mother’s embrace that was waiting for her. It never could be. For years, her older half-sister tried to take on that role for her, but it never quite transpired. So here she was again. With her real parents.

“So… I don’t even know when to start,” Hallie told the graves. “It’s not like anything’s changed, really. I guess that’s the problem. I always thought I’d have it all figured out by now. Life. That maybe by now, I’d finally get it. That I’d be… normal. Why can’t I be normal?” 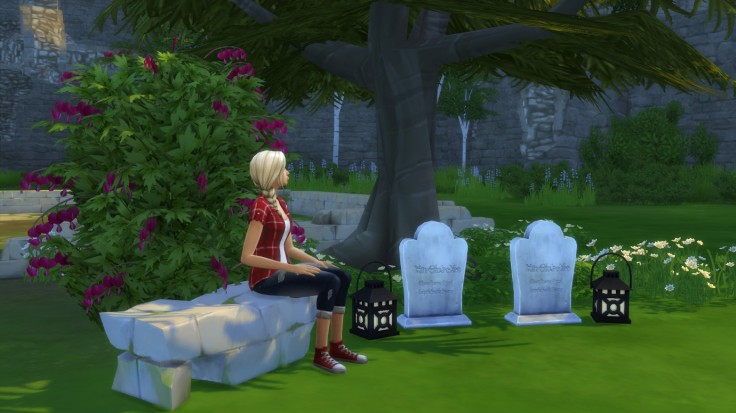 She grew silent. The tombstones didn’t seem to be judging her.

“It’s not that I don’t like being me,” she reassured them. “But it would be so nice to fit in for once. Not be a question mark. If I could just be like everybody else, it would be so easy… I mean, how am I supposed to be an heir to the Newcrest legacy? The building part I could do, I guess. But having kids? Starting a family? How am I ever going to do that?” 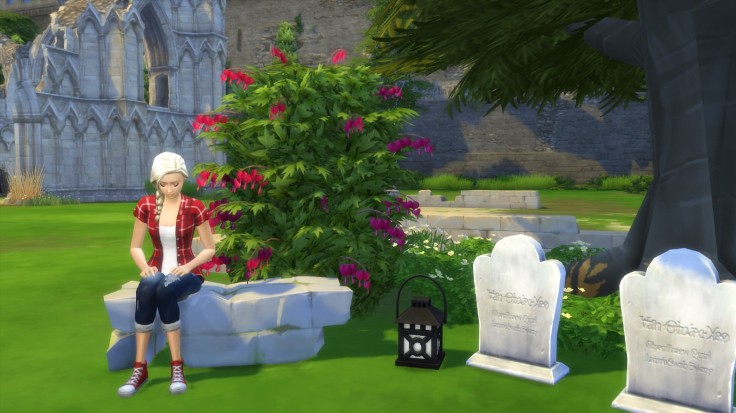 “I’ll let Pauline down. Let her legacy now. But I never asked for this. I’m not a Bloomer. I’m a Rocca. I didn’t want to build Newcrest. I just wanted to be a girl who lived in Windenburg with her parents. Play music with you. Dance on the beach, like we used to, when I was little. I want my family. I don’t want to start a new one. Or carry a legacy that isn’t mine…”

Tears started rolling down her cheeks.

The tombstones were silent. 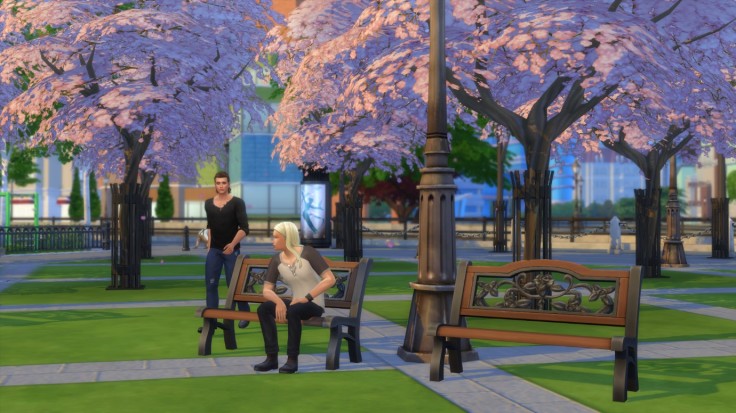 Louis was waiting for Vito at the park. It could be taken as a good sign or a bad sign when Louis told him “just the park would be fine” – while it made Vito nervous that Louis didn’t want to make more involved plans, the Windenburg business district park was a pretty romantic place… wasn’t it?

Of course, it would have been better if there wasn’t a homeless person sleeping on a nearby bench but hey, Vito would work what he was given. 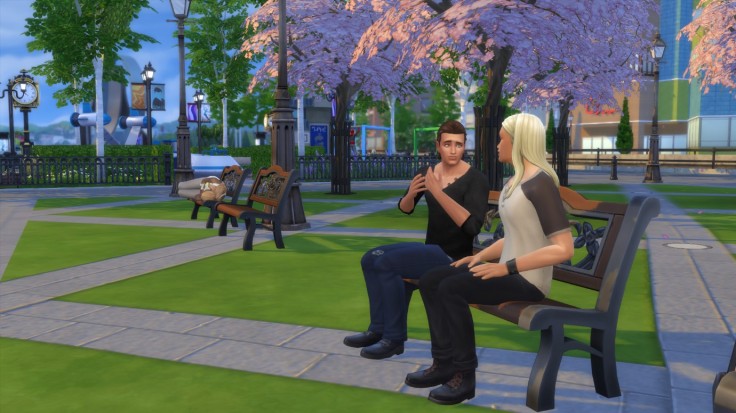 “Ok, I have a feeling this is going to be a serious chat,” Vito wasted no time. “So before you say anything, there’s a few things I need to tell you…”

He quickly filled him in about Carly, and about potentially leaving Windenburg the following day.

“You know, you don’t have to tell me all this,” Louis stopped him. “I do feel bad for Carly. She deserves to be happy, and I hope things turn around for her. But as for you going back to Newcrest, you don’t owe me any explanations.”

“But of course I do. I needed you to know that if I do go back, it’s not because I’ve given up on us…” 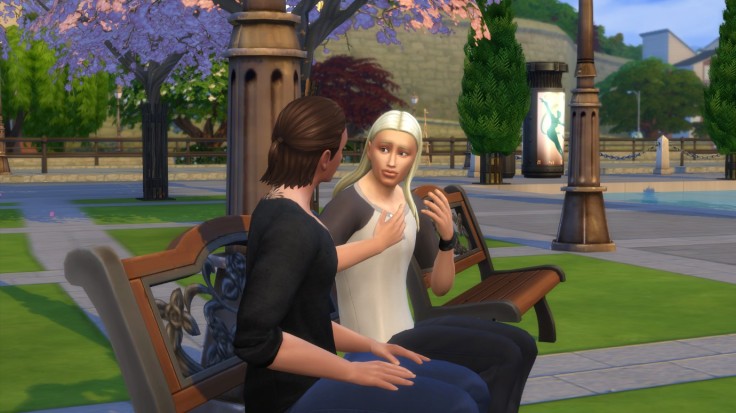 “There is no us, Vito,” Louis said. “I’ve thought about it. And yes, the day at the Von Haunt Estate was a really good day. And I can’t pretend I don’t feel anything for you anymore, because I do. But I really hope that one of these days, I’ll wake and I won’t. That’s why I wanted to talk to you today. To tell you that yesterday was a mistake. To tell you to stop trying.”

“I don’t know Vito, would you ever have come back after me if I hadn’t gone to Newcrest for that job?”

“I think so,” Vito answered. He didn’t sound exactly certain. “I mean, yes. Of course.”

Louis let out a bitter laugh. “That’s such an outright lie.”

“I had missed you even before you showed up in my studio that day,” Vito told him. “It’s just… Until you did, I couldn’t quite put my finger on what was missing. But when I saw you again, it all became clear. It was you all along Louis. It always has been. I should have realised sooner. I wish I had.”

Louis seemed lost in thought. “I don’t know, it all sounds so arbitrary. Like you decided to chase after me on a whim. Came to Windenburg on a whim.” His face turned solemn. “The same way you dropped me on a whim.”

“Louis, don’t say that. I know I’ve made mistakes. But I’m serious about this. And I’ll prove it to you. I’ll move to Windenburg. For good. No more impulse decisions. Actual commitment.”

“That sounds like a prime example of an impulse decision to me… Aren’t you forgetting that you’re the bigshot legacy heir?”

“It doesn’t matter. I’ll leave it behind,” Vito said adamantly. “For you. Maybe then you’ll finally start believing that I don’t do everything for selfish reasons.”

“Hm. What about your family though? Who knows how many generations of building Newcrest? Your parents? Your pregnant sister… Doesn’t sound like ditching it all is the selfless route to me,” Louis pointed out. 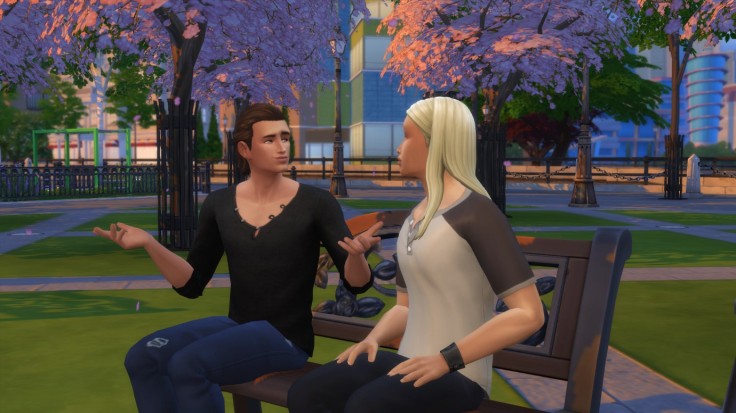 Vito sighed. “I have thought about it, of course. And I will go back there with Hallie tomorrow, for now, just until Carly has her baby. I do want to be there for her, with all the madness that’s happening with her and Ralph.”

“Yeah.” Vito paused. “But I guess at least she’s continuing the legacy? And I mean, I get what you’re saying about leaving the legacy behind being selfish. But I’m not the only heir. That’s the whole point, right? It’s like having backup. Because let’s face it, I’m definitely not the best hope the legacy has anyway.”

“And for what it’s worth, I have completed my build,” he added. “I’ve had the photo studio made.”

“A photo studio is kinda pointless without a photographer.” Louis shrugged. “Look Vito, do what you think is best. If you don’t believe you have anything to contribute, then let go of the legacy life. But don’t leave it behind on the account of… this. Whatever we are now. Because I can’t make any promises.”

He stood up. It seemed he was ready to leave.

Vito shot right up as well, grabbing on to Louis’ hand.

“That’s totally fine,” Vito said. “I’m not doing this to make you feel guilty. No strings attached. I just want us to have the best chances we can. And that starts by me actually being where you are.”

“Listen Louis, if you don’t want to see me when I come back to Windenburg, that’s your call,” Vito said. “But I will come back, no matter what. I need to know I’ve done all I can. Because you’re way more important to me than the stupid legacy.”