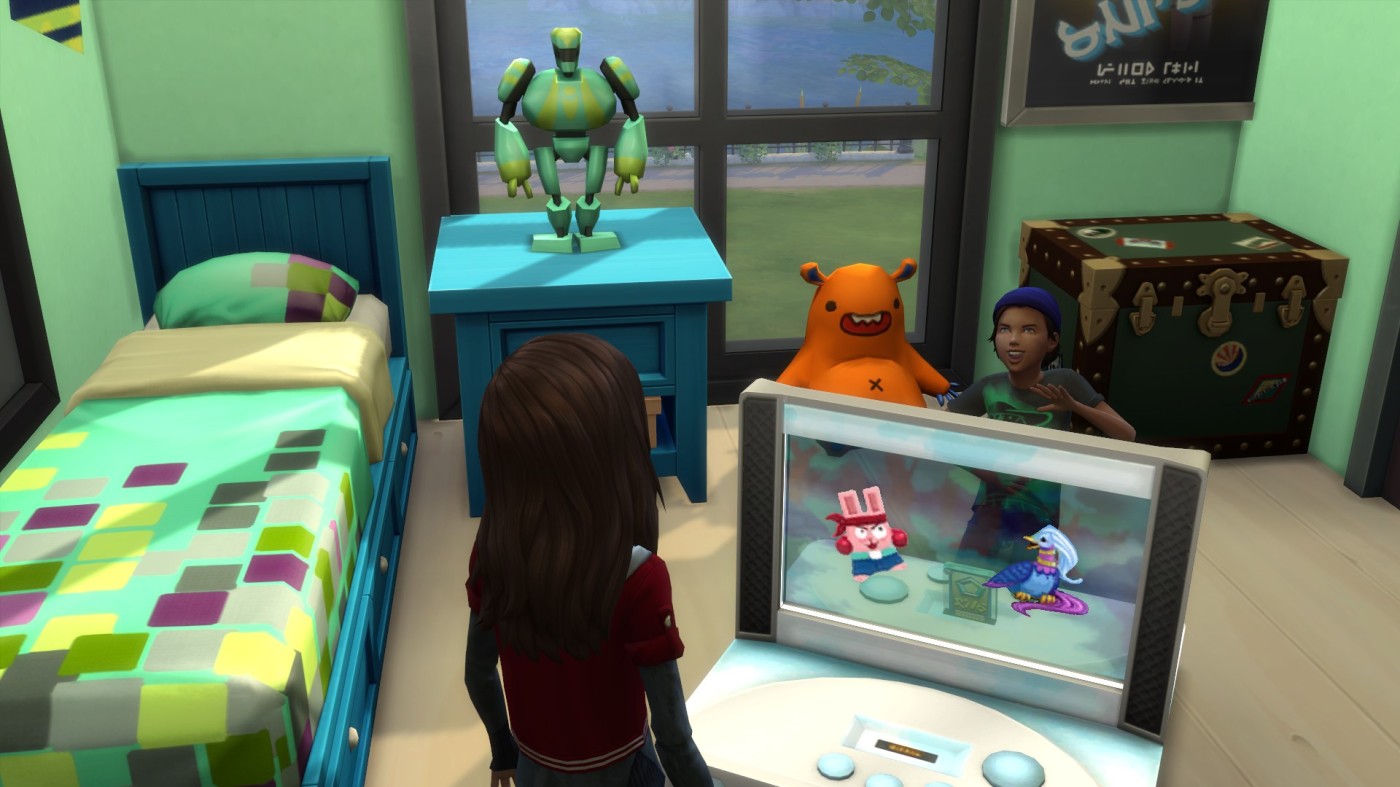 “Eww, I don’t want girl cooties in my room,” Aslan wrinkled his nose at the sight of Hope.

“Too bad, I’m staying here tonight whether you like it or not!” The girl retorted. “Besides, why worry about cooties, you already have voidcritters here!”

“They’re both critters of some sort,” Hope shrugged.

“Shows how little you know about voidcritters…” 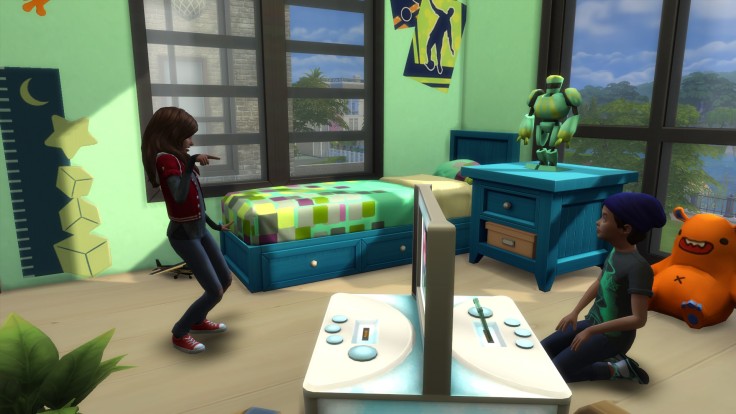 “Pfft, I bet I could beat you!” Hope said with vigour.

“You? Please, I’ve got years of practice on you! I remember when you were just a baby pretty much attached to a basinet!” Aslan snickered.

“I think you’re scared of being beat by a baby…” 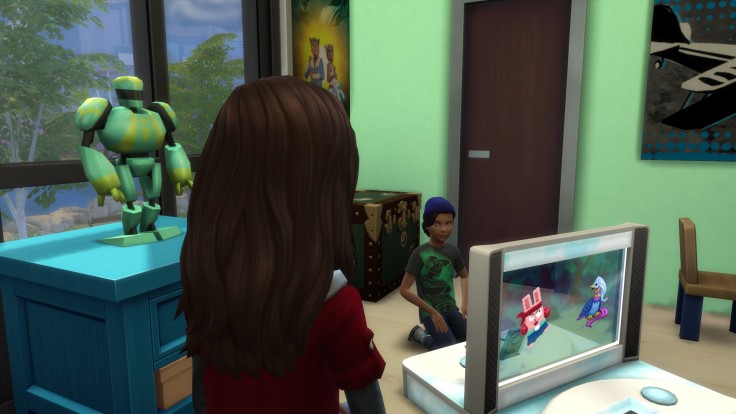 Aslan eyed his cousin up and down:

“Scared of you? Not a chance!”

“You’ve got it! Not that it’s even a real battle with you…” 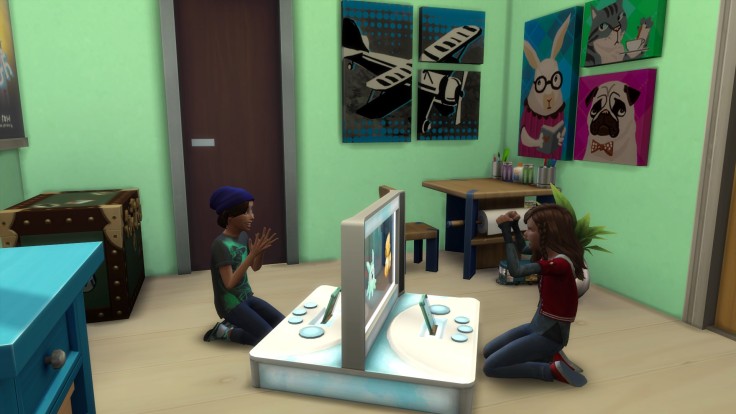 As Aslan predicted, Hope was powerless against him. He was crushing her voidcritters one after another. This was no challenge at all, he thought… 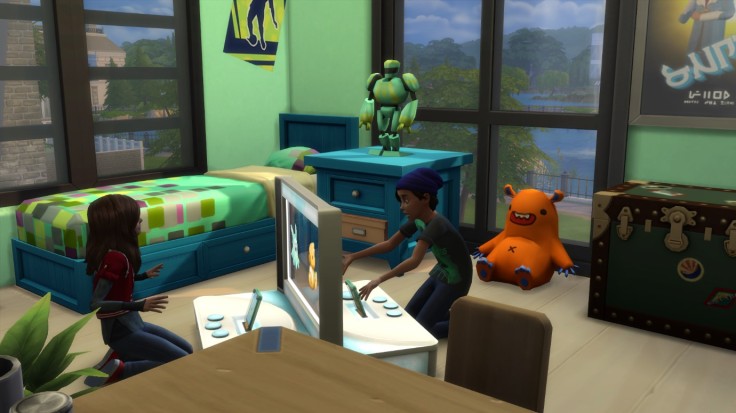 He didn’t notice when the tides changed, but suddenly, his cousin was winning. How did that happen? His poor voidcritters…

“What!? You must be cheating!” He exclaimed.

“Guess you’re not the voidcritter master you thought you were,” Hope giggled.

“This is SO not fair!” Aslan growled. 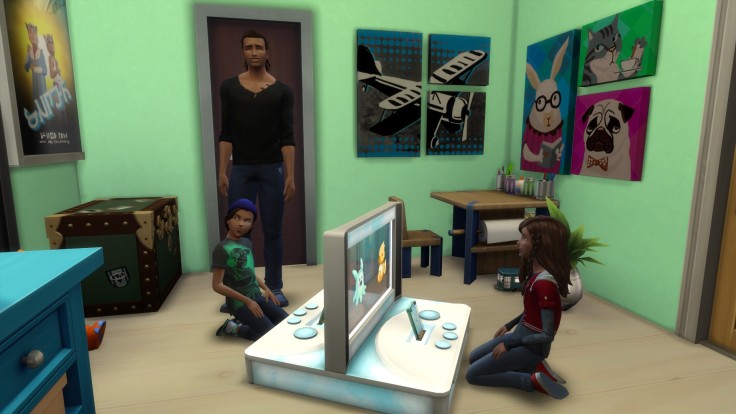 Vito peeked into the room. “It’s getting a little intense here!” he laughed. “I could hear you all the way downstairs.”

“Ok, let’s take it easy, guys,” Vito told them. “You can do a rematch some other time. It’s time for food now.”

“Are you sure? Louis coming over for dinner…” 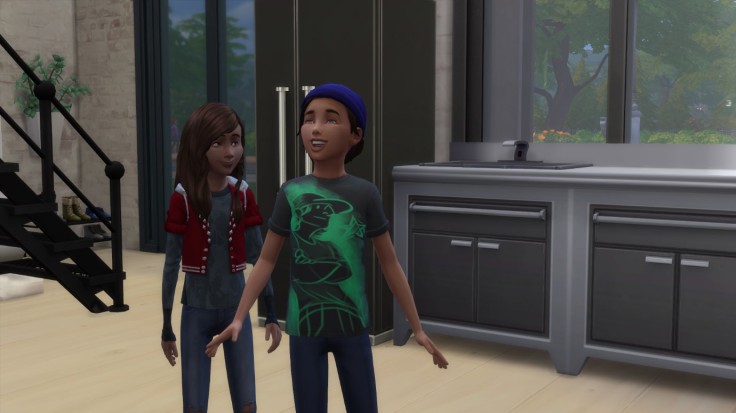 As soon as they got downstairs, Aslan’s mood improved as if by magic. He became giddy and impatient.

Hope didn’t know her uncle’s boyfriend too well, though he did seem like a nice person, and Aslan clearly looked up to him. And if Aslan was impressed, Louis had to be a big deal. Not that Hope would ever admit it in front of him, but she thought her cousin was one of the coolest people ever. Too bad he only thought of her as a silly baby… 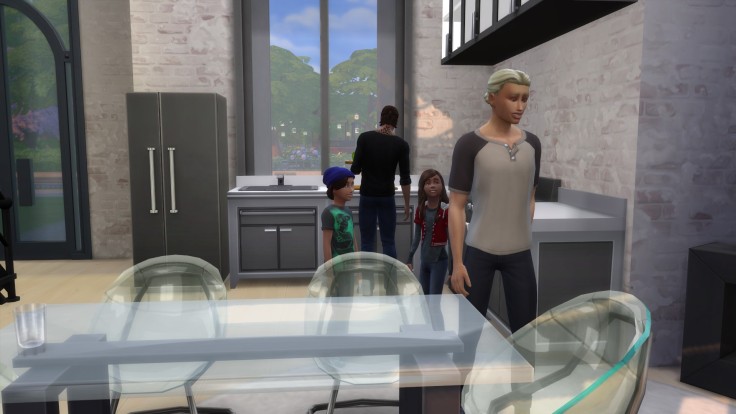 “Hi there, little people,” Louis smiled when he entered the house. “Hey Vito.”

“Hi Louis! So cool you came! You’re almost never over when I’m here!” Aslan bounced up and down. 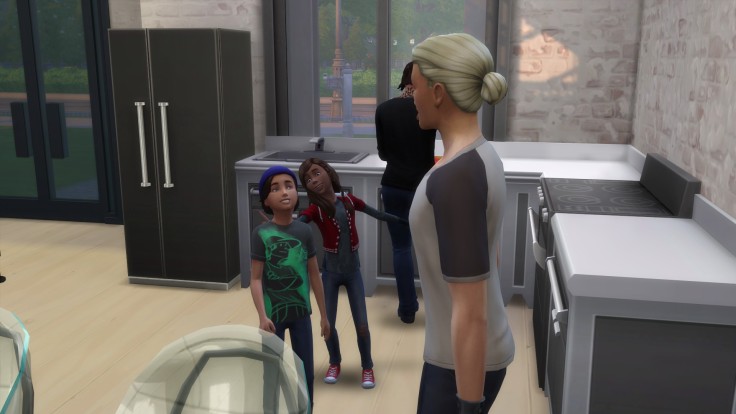 “So Aslan, is Louis like your second dad now?” Hope asked.

“Oh, that would be awesome!” Aslan’s eyes widened. “What do you think, Louis?”

“Now, don’t get greedy, Aslan.” Louis let out an uncomfortable laugh. “How many dads do you really need?” 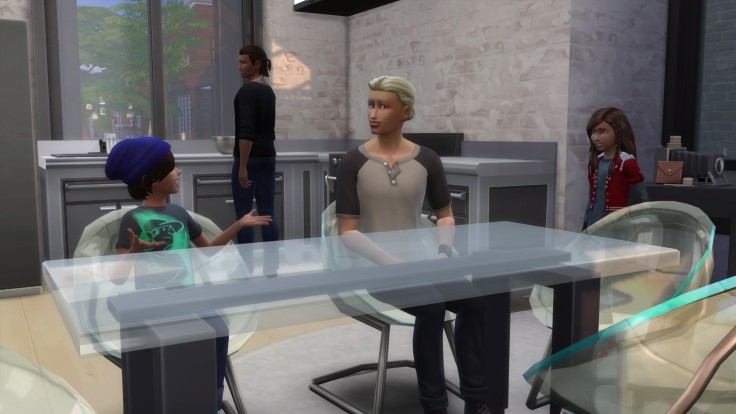 “I guess, that’s a good point.” Aslan said, sitting down next to Louis. “A few years ago, I didn’t use to have any dads. And now I’ve got one, and a half. Sort of.”

“Calm down, Aslan,” Vito interrupted. “You can’t just pronounce people your dad because you feel like it…” 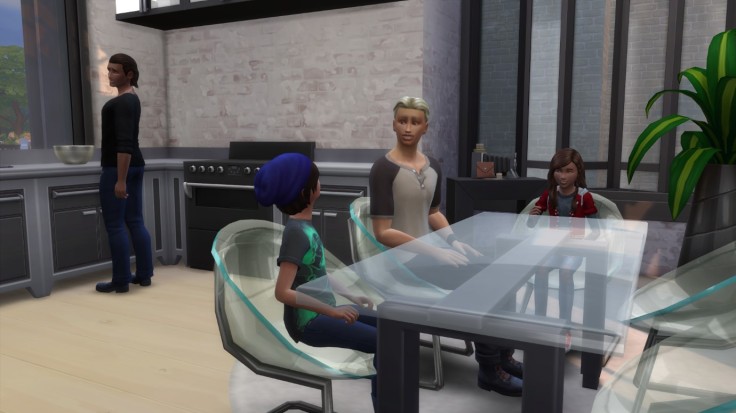 “You and me both,” Vito smiled.

“Come on, you’ll make me blush here.” Louis laughed. “What’s with all the praise. Are you gonna ask me for a big favour by any chance?”

“Well, now that you mention it…” Vito joked. 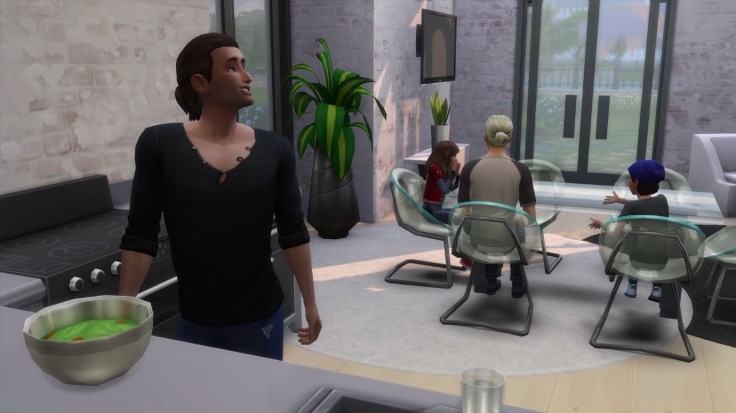 Vito beamed while making the finishing touches to the salad. He was trying to play it cool in front of the little ones, but the truth was he loved the sight of Louis together with the kids chatting away and laughing at the dinner table.

He could definitely imagine this being a regular occurrence. Him, Louis, Aslan, maybe another child… or two? 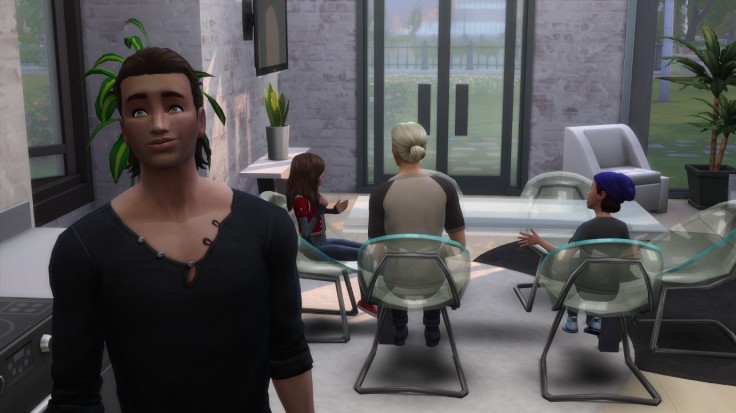 In any case, Vito knew this was what he wanted. He wanted them to be a family. He could just picture it. Their future together. He’d never felt this serious about anything before. But this felt right. He wanted Louis in his life for good. 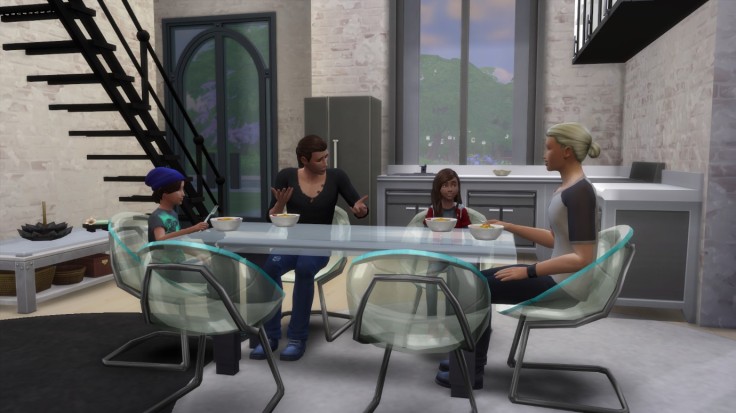 Vito served the meal and sat down at the table.

“How’s the salad, everyone?” He asked. 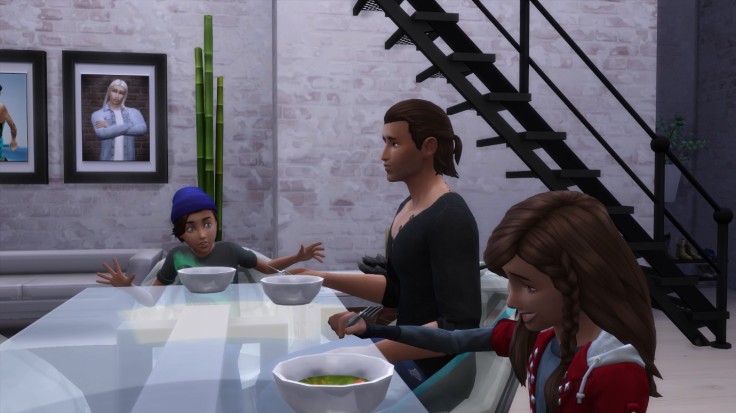 “So, I’ve been thinking,” Aslan ignored him. “With the dad thing… if I can only have one, could I not keep Louis instead of you, Vito?”

Vito nearly choked on a carrot.

“Woah, where did that come from?”

“I mean, you’re alright, but Louis is so much cooler… and nicer, too!” 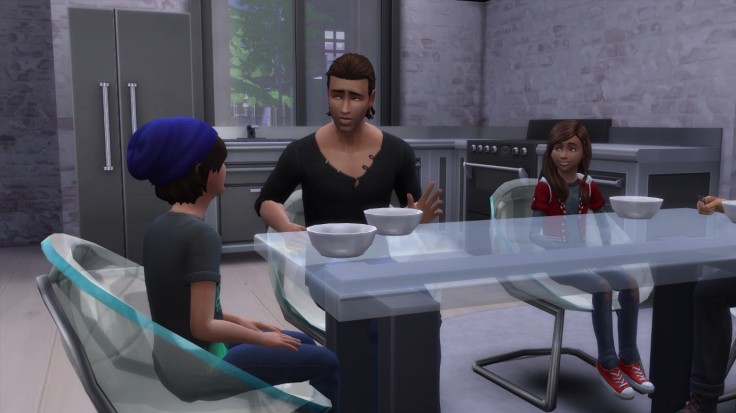 “I’m sorry you feel that way.” Vito said slowly. “It doesn’t really work like that though. You’re stuck with me, I’m afraid.” 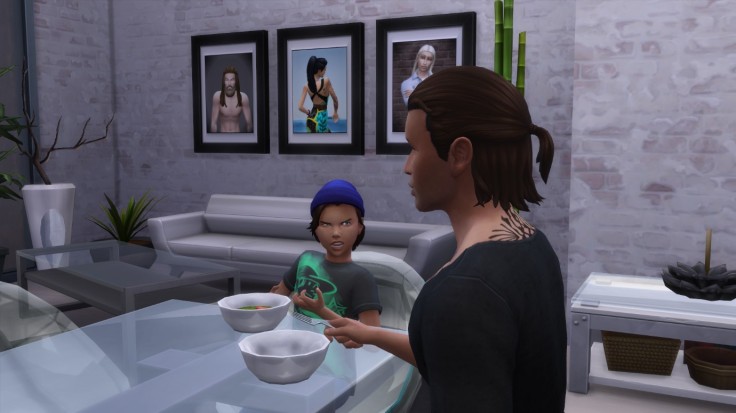 “You don’t pick your family, kid.” 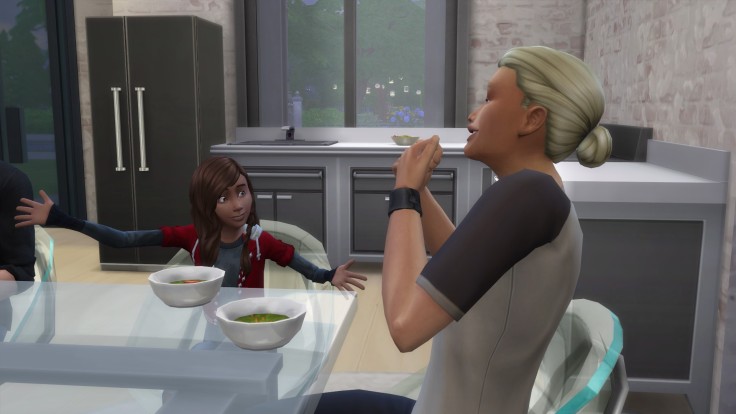 “I think you get your family because they’re right for you,” Hope interrupted. “If I did get to pick what family I’d want to end up in, I’d still choose mine. Because they’re the best. And they’re mine.”

“I couldn’t agree more,” Louis nodded. He turned to Aslan. 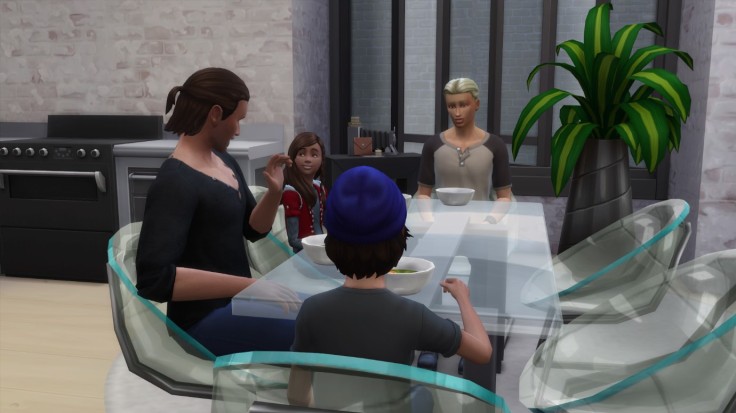 “You’ve got yourself a pretty cool dad already, Aslan.” Louis said to the boy. “Don’t take that for granted. You can pick your friends. And you and I, we can be friends for sure. But you’ll find in life, friends can come and go. Your dad, he’ll be there for the long haul.”

“Wasn’t there from the beginning, though.” Aslan muttered.

“That’s because you only met when I was born, silly,” Hope reminded him.

Aslan rolled his eyes. Like the baby would ever get it. 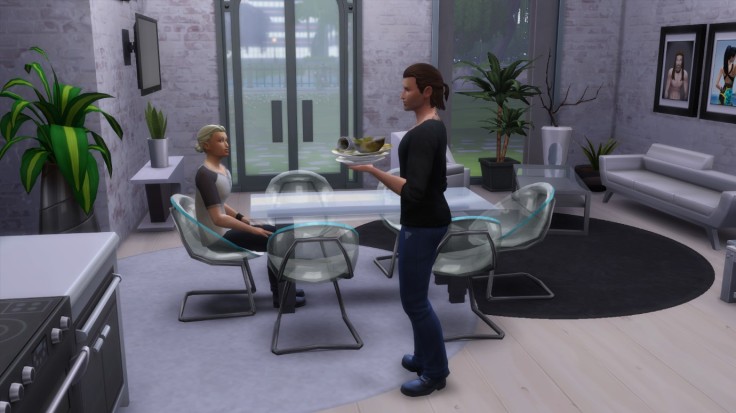 “Well, that went pretty terribly,” Vito said with a dry laugh once the kids were asleep and he was clearing up the dishes from the table. “Though I’ve heard worse from Aslan in the long run!” 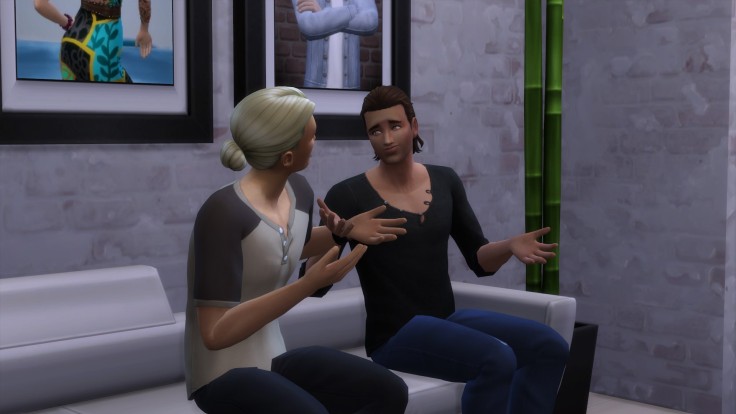 “No, I’m sorry you got caught up in that. You shouldn’t feel the need to apologise.” Vito told him. “And for the record, you handled it pretty well, actually. No wonder Aslan wants you for a dad.” He attempted a joke.

“Heh, I wouldn’t know the first thing about being a dad,” Louis chuckled.

“Welcome to the club!” 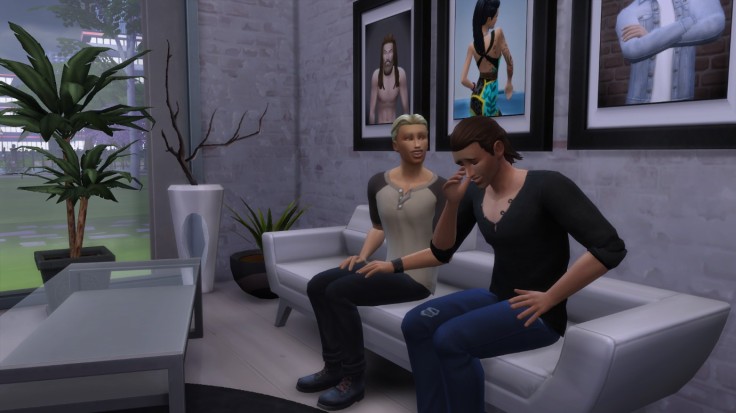 “Oh man, that kid is gonna make me go prematurely grey, I swear,” Vito shook his head. “But it’s not all bad. He can be kinda sweet at times, I promise.”

“I’ll take your word for it,” Louis smiled. “Besides, he’s got no issue with me, I guess.”

“Well, can’t say I blame him,” Vito said finally. “He’s a smart kid, of course he’d pick you before me.”

“You’re definitely better with him than I am,” Vito gave a small shrug, growing serious. “Do you want kids, Louis? I think you’d be good with them.” I know you would, he thought. 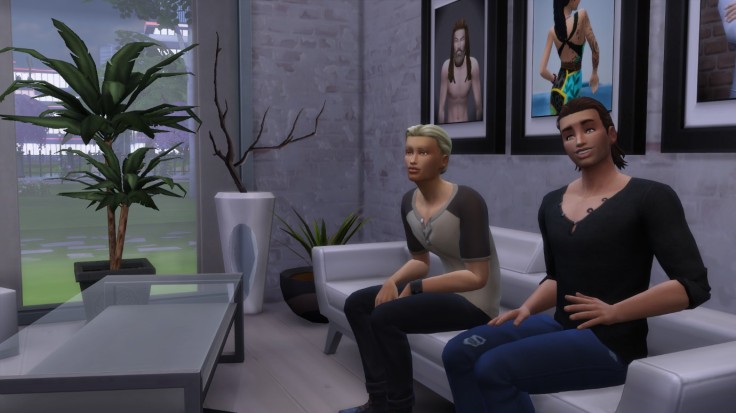 They both drifted into worlds of their own for a while.

Then Vito broke of the silence, wrapping his head around Louis. 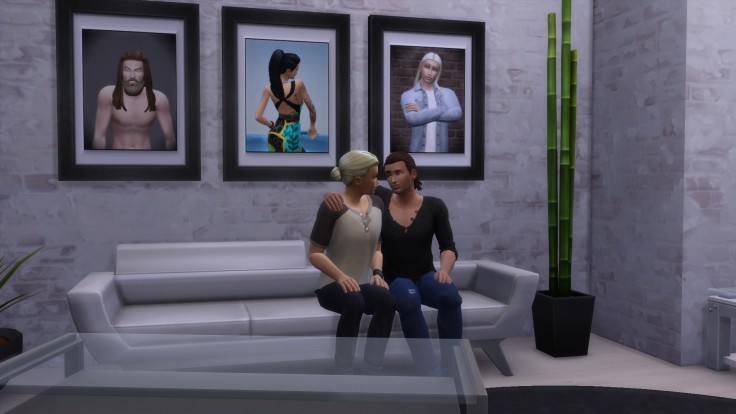 “Well, it’s not like it’s something you have to worry about immediately, unlike me.” He laughed casually. Though I hope you will, sooner rather than later, he added in his mind. 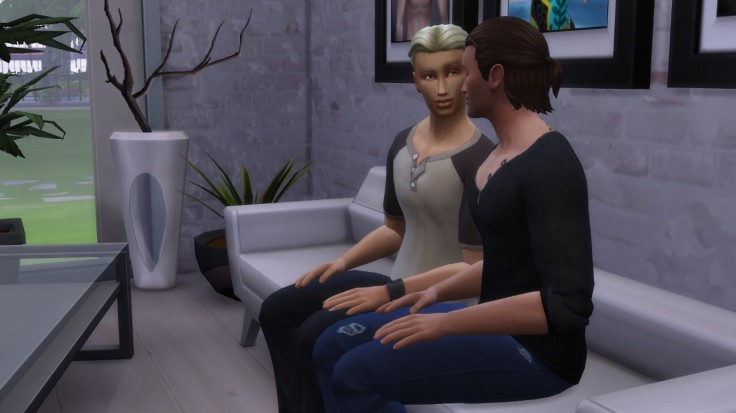 Louis gave a look that could only mean one thing. “As far as I know, the kids are asleep. So it’s not something you should be worrying about right know either. I could definitely think of better things to do right here and right now…” 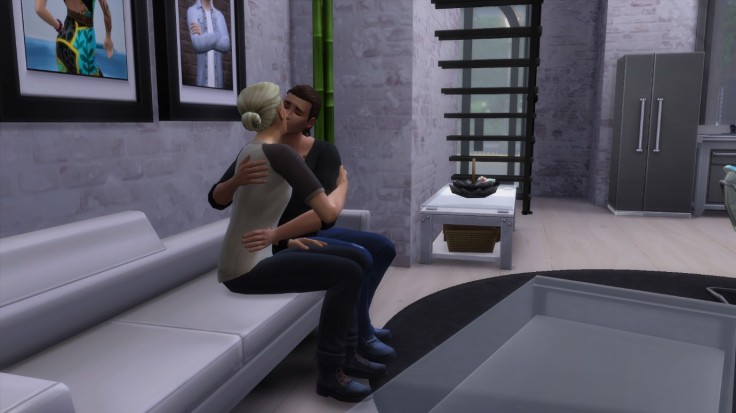