The market captured all of their senses as soon as they opened; from the delicious smells of dishes they’d never heard of to the unfamiliar tone of the husker’s song. And naturally, one could hardly miss the vibrant colours surrounding them…

But to Sera, the most unusual sight of the day was Lorcan’s face. It softened as he took everything they encountered with almost childlike curiosity. She could barely recognise the always seemingly detached man she knew in Newcrest. They were a long way from home in more ways than one. But it wasn’t a bad thing.

“So, what do you want to check out first?” Sera asked, scoping the stalls around them.

“I don’t know about you but the food smells pretty tempting to me,” Lorcan suggested. “Not that that narrows the options down too much…”

“I guess we have to try it all then,” Sera winked and headed towards the table with the largest selection. 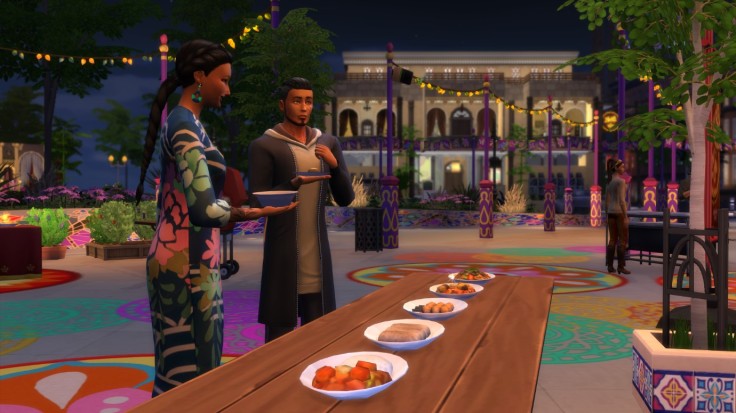 “The curry is way too spicy for me,” Sera said between bites. “Maybe I’ll just stick with the samosas.”

“Didn’t you say you wanted to try it all?” Lorcan teased. “Have a taste of this one, seems pretty harmless.”

“I can’t tell if you’re trying to trick me or not,” Sera eyed him and down with suspicion.

“No I’m serious,” Lorcan insisted. “I promise this one is… hang on! Delayed heat!”

“The worst kind!” Sera giggled, quickly putting her plate down.

She watched Lorcan huff and puff as her turned crimson, trying not to laugh at his misfortune. Not too hard, at least.

“I guess you’re like a real dragon now,” she giggled.

“Go on, revel in my misery,” Lorcan managed to compose himself, wiping away a tear.

“Better you than me,” Sera stuck her tongue out.

“I suppose we’re done with the food for tonight.” Sera said when she finally managed to stop laughing. “We need to build up a bit of a tolerance first…”

“At least we tried,” Lorcan smiled.

The little girl passing by with her own plate of extra hot curry was not impressed with their attempt. Foreigners…

Not that Sera and Lorcan noticed. They were in a world of their own.

“Yeah, at least we tried.” Sera repeated, growing serious. Her voice trembled a little. “And we can always give it another go.”

“Exactly.” Sera tilted her head a little, waiting to see if he caught on. But he seemed oblivious.

“I’ve always wanted to try out one of these,” Sera eyed up the colourful bubble blower.

“Why not,” Lorcan nodded, making himself comfortable on the stool.

Sera joined him and pulled down one of the pipes. “Here goes nothing,” she inhaled.

She started choking on the bubbles, coughing them up everywhere.

Lorcan let out a hearty laugh. “That’s what you get for making fun of my misery. Karma at it’s finest!”

“Pfft. You seem pretty comfortable laughing your head off at my misery,” Sera pulled a face. “Why don’t you have a go?” 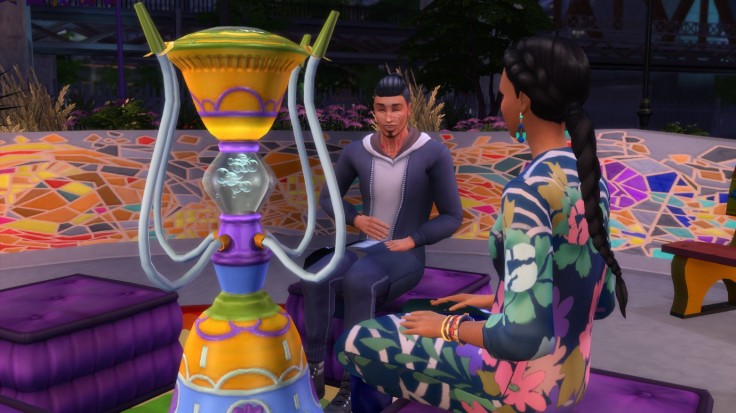 “Fair enough!” Lorcan agreed, pulling himself together. “Let me just get that visual of you out of my head… I kid, I kid!” He added quickly when Sera gave him a pretend cold glare.

He reached for the pipe, breathed in and exhaled the bubbles with ease, looking casual as ever.

“Hey! You’re cheating!” Sera accused him playfully. “Have you done this before?”

“Seriously? I would have never guessed.” Sera looked at him. “I figured with the yoga and the meditation and all… it doesn’t really go with the healthy lifestyle thing you’ve got going.”

“Not these days,” he agreed. “But I tried all sorts of things when I was younger. You know, a teenage boy, angry at the world… I thought I was so hardcore.” Lorcan chuckled a little, shaking his head.

Sera tried her best to hide her surprise at the fact he not only brought up his past on his own, but that he also seemed quite relaxed about it. She considered what to say for a moment. A part of her felt like she was trying to balance a precious glass vase, eager to hold it, but terrified it will fall and break into bits.

“Too bad I didn’t know you back then.” She said finally. She hoped she sounded casual. “I had a thing for bad boys, you know.”

“I’m glad you didn’t.” Lorcan said. He didn’t add anything else. They sat in silence for a while.

“Though I have to admit I would have probably liked to know the teen Sera.” Lorcan said after a moment. “I bet she was a firecracker. Maybe she could have set the teen Lorcan straight.” He smiled.

Sera’s eyes lit up. She knew they’d only met as adults for a reason, and by the sounds of it, their younger selves would have probably chewed each other’s heads off, but something about the thought warmed her heart.

More importantly, the fact Lorcan was able to talk about a snippet of his past, no matter how small, with relative ease and things didn’t turn awkward for the first time was a good sign. It filled her with hope.

The monumental building in front of them shone with its crisp ivory white walls. They both stopped for a while when they reached the tip of the garden and just stared at its beauty.

It was Sera who broke the silence. “This is so grand! And romantic, isn’t it? That the emperor built something this impressive in the memory of his deceased wife…” 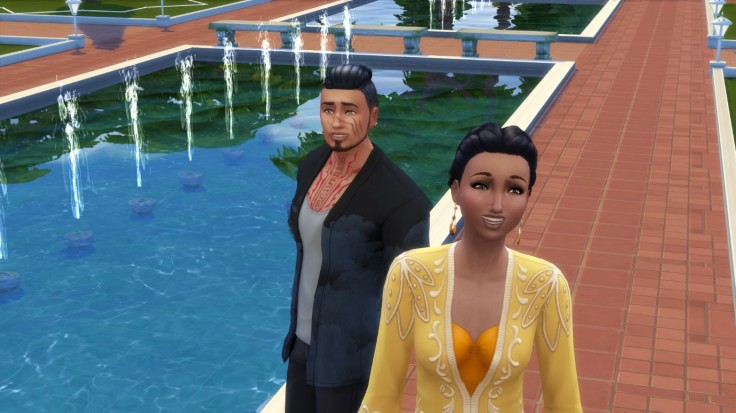 “Definitely very grand.” Lorcan nodded. “Romantic? Well that depends more on how they were in life than in death, doesn’t it?”

Sera gave him a funny look.

“Sorry. I do get a good feeling from this place. I’m sure they loved each other,” Lorcan muttered.

“No, don’t apologise.” Sera shook her head with a smile. “I like what you said.”

“Oh.” Relief washed over his face. “Should we explore?”

After a stroll around the grounds, Lorcan felt compelled to meditate. He couldn’t ignore the energy of the place.

But strangely, he kept getting distracted. Lorcan usually didn’t struggle with turning inward, especially in beautiful surroundings like this. But today, every time when he tried to focus on his breathing, all that came to his mind was Sera.

This was pointless, he decided, opening his eyes. He set off after her. 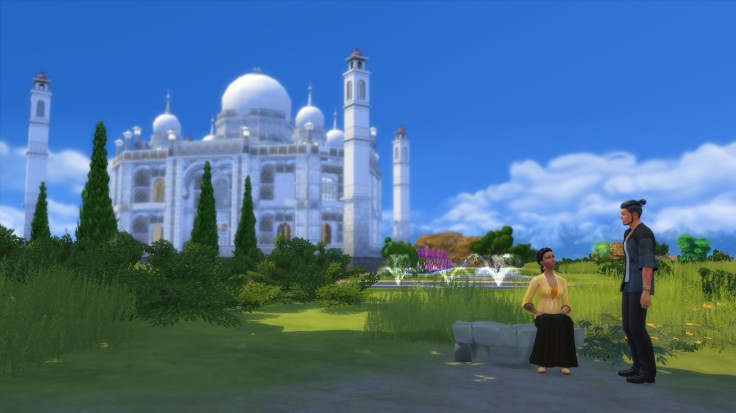 He found her sitting at the edge of the gardens, looking like a perfect gem. Perhaps more so than the building behind her, he smiled to himself.

“Hey,” he called out to her. “Sorry I kept you waiting. I thought I needed to meditate to really take the place in.”

“That’s what I’m doing.” Sera grinned at him. “Meditation, the Sera way.”

She closed her eyes and tilted her head towards the sun, basking in its rays.

A warmth spread through Lorcan’s body. He joined her on the bench, mimicking what she did and letting the sunlight stroke his face.

“I think I like the Sera way of meditation,” he told her happily.

Sera looked at him with an odd softness in her expression.

“We really are far from home, aren’t we?” She pondered out loud. “Everything’s so different. It’s almost like we’ve been transported to another life.” 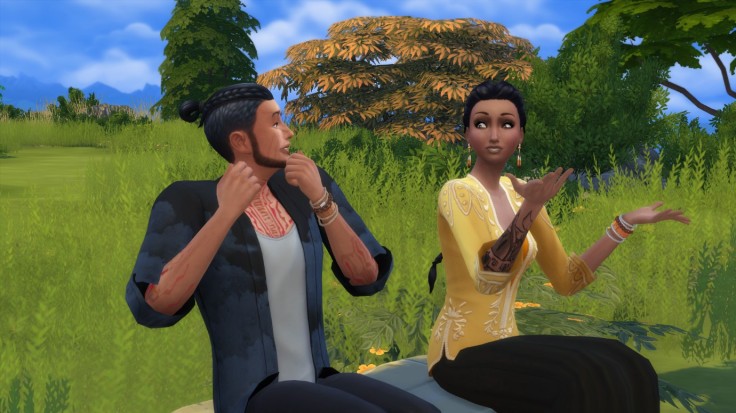 “You do? You see, for me, this is something I’d never even dreamed of,” Sera exclaimed. “Aside from a couple trips to Windenburg, I’d never set foot out of Newcrest before… but you’re much more well-travelled!”

“I don’t know if I’d call spending my teenage years in Oasis Springs being well-travelled,” Lorcan let out a small chuckle.

“Well, you’ve seen more of the world than I have…”

“Lorcan…” Sera paused briefly. She seemed to be gathering courage. “Can I ask use something?”

“I told you a lot about the teen Sera the other day.” Sera started carefully. “You don’t have to answer this, but… How did you end up in the orphanage in Oasis Springs?”

Sera’s face fell. “Sorry. It was a stupid question… I shouldn’t have asked.”

“No, you don’t understand,” Lorcan interrupted her. He needed to make her feel at ease again, he wrecked his brain. He wasn’t willing to let go of that sun-filled moment they just shared. “I actually really don’t remember.”

He shook his head. “I don’t remember anything up till the age of 14. I was told my family was in some sort of a horrible car accident. I was the only one who survived.”

“Don’t be,” he shrugged. “I don’t remember them. I don’t remember that life. It’s is a strange feeling, of course… they’re all gone and I survived without a scratch. In a way, I was glad I got these after that pub brawl.”

He gestured to scars on his face. “It didn’t feel right that I had no mark of it, you know? I suppose it’s the same reason I got all the tattoos too. I didn’t like being a blank slate. I didn’t even know enough about my old life to know if starting over was a good or a bad thing. But I try not to think about it these days.”

Sera looked as if she had an epiphany. “It all makes sense now.” She whispered.

“The anger you say you’ve always had inside you.” Sera explained. “Of course you do. You lost everything… your home, your family, your old life… even your memories. It would be weird if you weren’t angry!”

Lorcan was dumbfounded. He stared at Sera’s face blankly. The world around him turned inside out. “It all sounds so simple when you say it.” He managed to say in the end.

“It doesn’t sound simple at all,” Sera objected. “I’m almost embarrassed now. The younger me… I was so mad at the world too, but for what? My reason sounds so silly compared to yours. Childish. Benign.”

“What was your reason?”

“I was used to being first… and then I wasn’t. And that’s all there’s to it. I was a spoiled little girl.” Sera shook her head. “I feel so ashamed now. You must think I’m ridiculous.”

“I don’t,” Lorcan jumped in immediately. “What you just described, it doesn’t sound like the person I know at all. I don’t care about the past you. I care about you now, the person right in front of me. The person who’s grown, and learned from her mistakes. The past you… it doesn’t matter.”

Sera’s lips twisted into a half-smile. “You know, you should really listen to your own advice sometimes.”

“Or yours,” Lorcan laughed. “You were able to let go of your past. How? What changed you?”

Sera leaned to the side and look directly in his eyes. He couldn’t remember a moment when she looked more beautiful.

And then she said once single word. 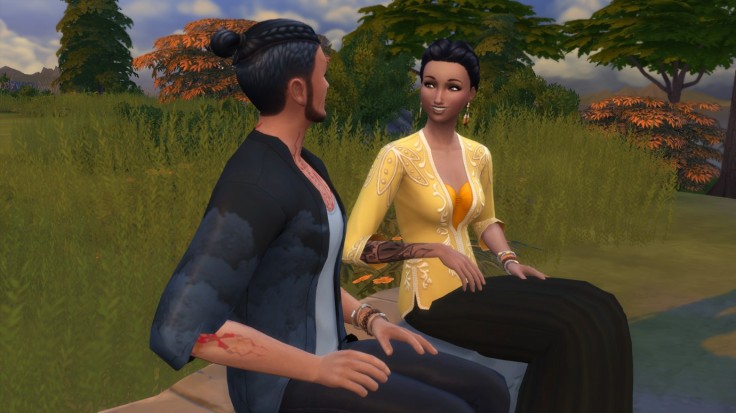 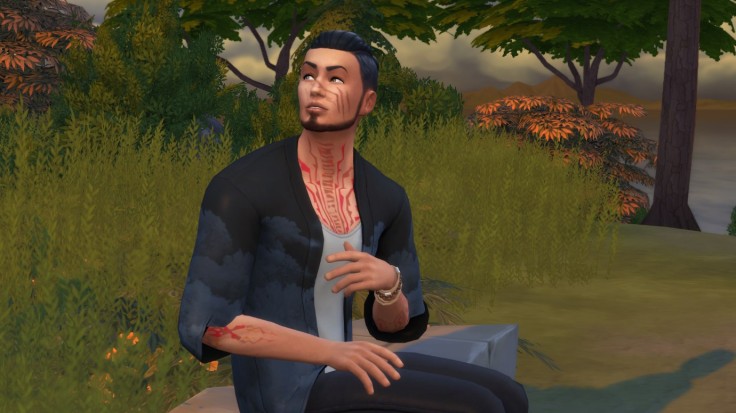 Author’s note: I’m using lots from the gallery by a number of talented builders for Sera and Lorcan’s world adventure. Since there is so many this time around, I’ll compile a list of links to all of the builds once Sera and Lorcan’s travels are wrapped up instead of listing them at the end of each chapter like usual.