Hope passed by the tables with all of her relatives chit-chatting without sitting down. The mystery of her uncle’s unusual awkwardness still hadn’t been solved and she was starting to run short on time. It was time to go to the source. She joined the blonde man sitting by the window. 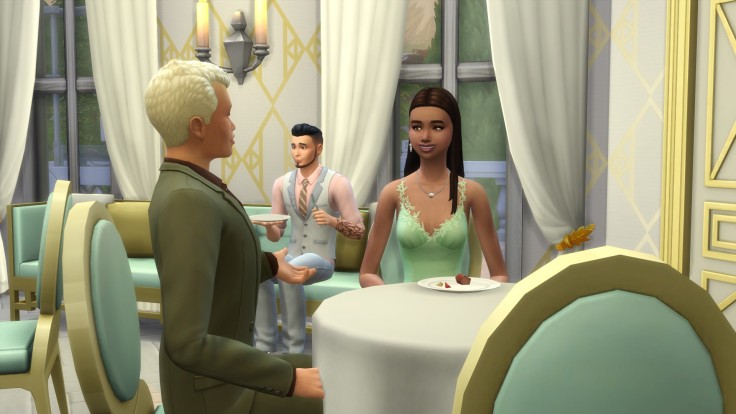 “Hi there,” she greeted him casually. “You having a good time? I’m Hope, by the way.”

The man looked up, surprised. “Well you’ve definitely grown up! We’ve met once, you know. Though you were probably too little to remember. I’m Louis. And yes, the wedding is lovely.” He added politely.

Louis. Hope definitely heard that name before. And apparently she’d met him before too. She scoured her memory, but all that kept coming to her mind was Aslan saying something rude to his dad… which happened a lot when they were little.

“So, how do you know me and my family anyway?” She asked when she realised she wasn’t getting anywhere. 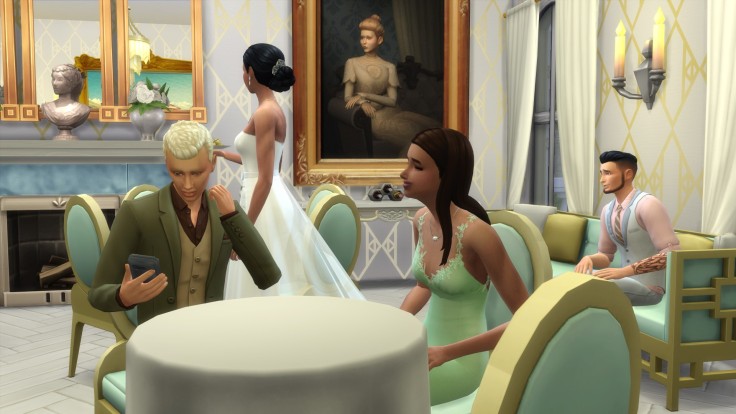 “I uh-“ Louis was interrupted by the sound of his phone beeping. Hope could have sworn he almost looked relieved before turning his attention to his screen.

“Afraid you lost him there for a good while, Hope.” The dark-haired man that came with Louis stood up from the couch with a smirk. “He’s gonna be thinking about work all night now.”

“Work? But it’s the weekend! And my aunt’s wedding.” Hope objected.

“The world of modeling never sleeps.” The man shrugged as he sat down beside them. “I know first-hand.”

“Oh-kay then…” Hope wasn’t impressed. Maybe the whole mystery was just that these two were full of themselves and her uncle knew it, she thought.

“I don’t know,” Johny interrupted, studying Hope’s face. “Maybe it is time for work. You’ve got a really unusual look. You could make it pretty big in the industry.” 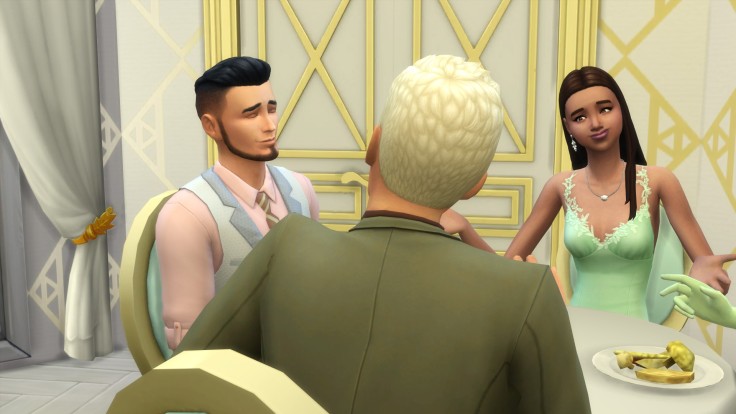 “Yeah, I don’t know about that.” Hope shrugged. There was no appeal to what he said whatsoever. She was regretting the decision to sit at this table already. And she hadn’t even found out anything to solve the puzzle…

“Again, not really the time, Johny. Besides, I don’t think Hope’s mom would be too fond of that idea.” Louis turned to Hope. “Anyway, it’s your aunt’s big day today. She does look amazing, doesn’t she?”

Hope almost felt bad for him. Maybe it was just his boyfriend that was self-absorbed after all. She was getting side-tracked. 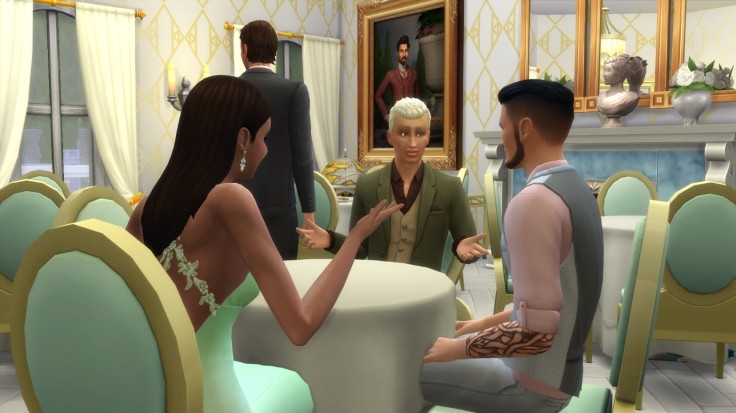 “You seem to know my family an awful lot.” She gave her investigation another shot. “How come? You’re from Windenburg, aren’t you?”

“Um… we met when your family was visiting here.” He looked rather uncomfortable, shooting his boyfriend a pleading look. If he was trying to get him to subtly change the topic, Johny sure didn’t seem to catch on. Hope sat back in her seat, waiting to hear what else he was going to say.

Luckily for Louis, he didn’t have to finish his explanation, as her uncle seemed to have overheard them. 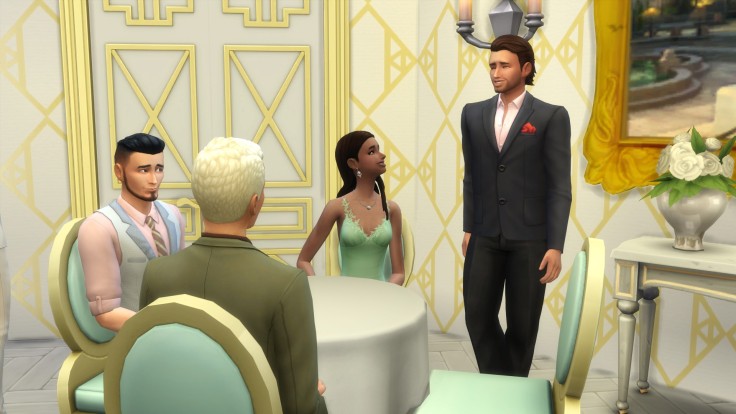 “Louis is a long-term family friend, Hopey.” Vito turned to his niece, joining them.

Nice and vague, Hope thought. “What’s that supposed to mean?” She asked directly.

“I think your grandma met Louis’ parents when she was about your age.” Vito replied with ease. “So the families go way back. When Louis wanted to see a bit more of the world as a teenager, aunt Peyton offered to host him as an exchange student for a year.”

“Oh neat!” Hope perked up. “I would love to live abroad. Too bad you didn’t end up living somewhere more interesting than Newcrest!” She said to Louis.

“Not at all,” Louis smiled. “I had the time of my life when I lived in Newcrest.”

“Bottom line, we all got a chance to know each other pretty well while Louis was staying with aunt Peyton.” Vito concluded. He paused for a moment. “I don’t think I’m missing anything important.”

Louis gave her uncle an odd look. “Maybe a thing or two. How are you, Vito?” His expression softened.

Duh. They used to be an item, Hope realised. Now that she saw them interact, it was written all over their faces. She wondered what Johny made of that. Though looking at him, it didn’t seem like he even noticed.

She was a little disappointed there wasn’t more to the mystery than this. Did everything have to boil down to dating?

“Not bad at all. What about you?” Vito gave Louis a quick nod. He looked at his partner. “And you must be…”

“Johny.” The dark-haired man smiled at him. Clearly he was unaware of any history between her uncle and his boyfriend, Hope decided. “We were just telling Hope here that she has lots of potential as a model.”

Great. This again. The girl barely resisted the urge to roll her eyes.

Louis picked up on her irritation. “Well, you were telling her that, Johny.” He laughed. “Anyway…”

“Huh, I’ve never thought of that.” Vito turned to Hope. “Well, if that’s something you’d like to get involved in Hope, I’m sure I could help. I don’t really do fashion photography anymore, but I’ve still got plenty of contacts in the industry. And with Louis running a modelling management agency, I think you’d be all set!”

“Um, thanks, I guess.” Hope said quietly. “I don’t really think it would be my thing though.” Cause I’m not a bimbo and even this conversation is making me bored, she added in her head.

“Too bad,” Johny shrugged. “Guess the lifestyle isn’t for everybody. Working crazy hours, doing something different every day, all the travel…”

Hope’s eyes widened. That wasn’t really something she’d considered. “On second thought, maybe it does sound kind of interesting.” 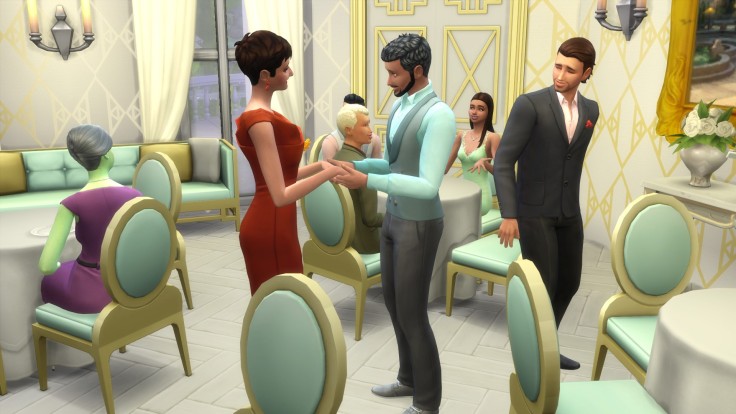 Vito chuckled softly. “Well, I guess I’ll leave you guys to it.”

He stood up, pushing his chair back. He could feel Louis’ gaze on him. And he felt… nothing. He almost burst out laughing. He’d spent all day agonising how to best avoid Louis and his partner. And now that he’d actually spoken to them and saw them together, he was surprisingly unaffected by it all. He could finally leave the past where it belonged; in the past.

Since the future was far more important. 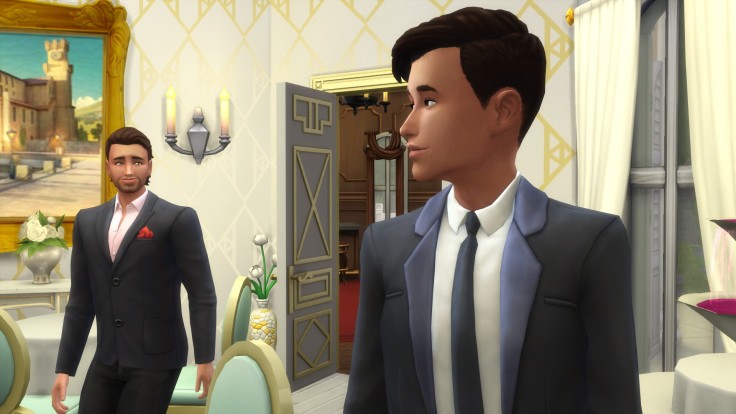 His son. Just looking at him, Vito’s chest was exploding with pride. Aslan looked like a man today. Maybe a tall, and lanky one, but a man. And he was the one who brought him to the world. Though Alyssa would probably claim his involvement was minor, he smirked.

He tried to find an excuse to approach him without sounding too sentimental when he caught his eye.

“You alright, kiddo?” He asked.

“You know you don’t need him, right?” Aslan glanced towards the table Hope was sitting at.

Vito was touched. “Absolutely.” He nodded. “I was just being polite, saying hi and all.”

“Pfft, what a waste.” The boy insisted. “And that guy he’s with seems like a total douche.”

The corners of Vito’s cheeks twitched upwards. “A little bit.” He admitted. “Apparently he’s going to turn your cousin into a model…” 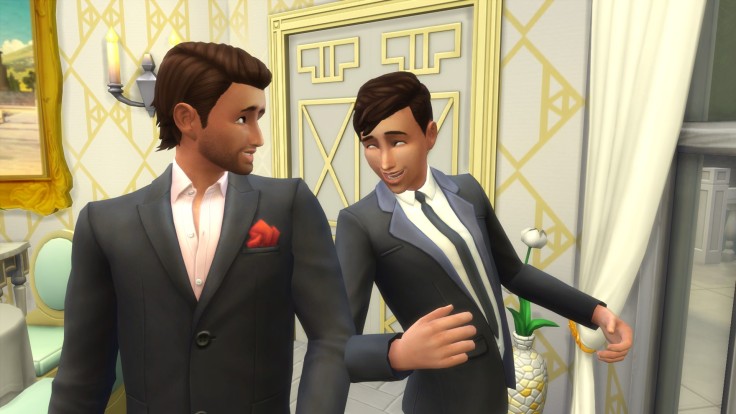 Aslan relaxed a little. “What? Hope? No way!” He laughed. “Remember the time when she spent a week insisting on only wearing her dad’s old T-shirt?”

“That’s what I call fashion-forward!” Vito joined in. “But hey, whatever Hope wants.”

“Not like Hope’s mom would ever let her do that.” Aslan chuckled.

Vito pictured his sister’s reaction to the suggestion. His son was probably right, he smirked. 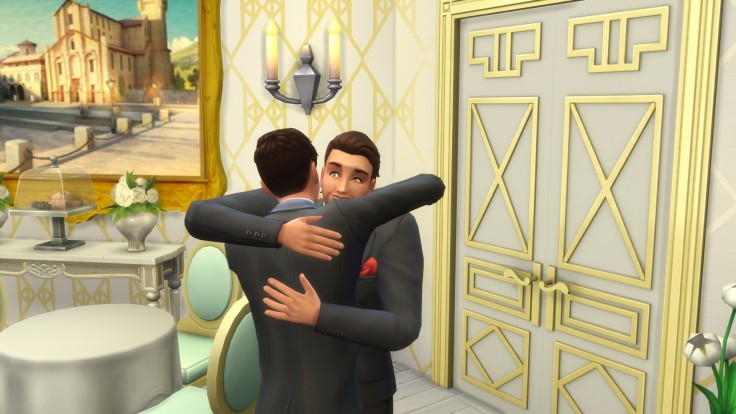 Vito hugged him before the boy could protest. “I am. Thanks for looking out for me.”

“Uh, no problem.” Aslan patted his father’s back stiffly.

“Note to self, be cooler.” Vito laughed.

“What would you suggest then? Or am I a lost cause?” Vito smiled. He felt light. His worries were gone. Now that he was finally able to focus on the present, the night got a million times better.

After all, he had the best plus one of them all.

Leave a Reply to The Plumbob Cancel reply