If you haven’t read about Yenn’s trip to visit Tribe Arayeo over at Julyvee’s Sim Stories, you’re missing out – go catch up on it now to find out if Yenn succeeded in her efforts to meet her father.

So much seemed to have happened while Yenn was hiding out in the woods with Ethan, and during her trip to the Arayeos. When she got back, she felt like she had missed so much… And she had definitely been missed; Chell leapt into her sister’s arms straight away. The two of them were still best friends, and no amount of growing up would change that.

Chell, a pioneer of new technologies, had recently been appointed the new leader of Future Sims Labs. After all, she had been the Angel Peril’s right hand and knew the most about all of the projects, now that the previous director had deceased. In fact, knowing what she knew, one of her first actions as the new director was making a stop to some of the projects. Ethical and helpful research would now become ethos over at Future Sims Labs.

But that was only the smallest of the changes…

Knox had celebrated his adult birthday. Much like Ethan, he felt exactly the same. Well, aside from the fact that he was now also a father. 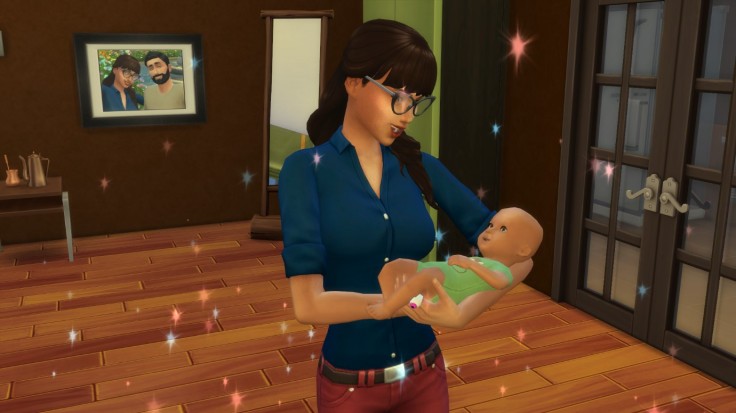 Chell had given birth to a bouncing baby boy! Her nerdiness won when naming the baby, Knox had no other choice but to shrug it off. He figured it could have been worse than Newton.

Keiko was making her way in the business world, having recently been promoted to Regional Manager. She kept progressing in her career, almost as if she hadn’t given birth recently as well…

Keiko rushed off to work shortly after baby Olivia was born (Get it? Olivia and Newton…), leaving Booker in disbelief. Their relationship still didn’t seem to have properly recovered. 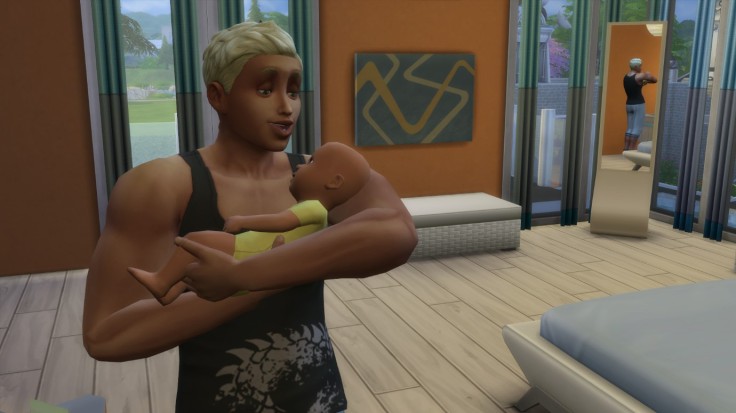 However, as much as Keiko was getting on Booker’s nerves with her materialistic priorities, he adored his little baby girl. And of course, Olivia was special; she would become the first female Bloomer heir someday.

“You must be aunt Yenn! I’ve heard so much about you, give me a hug!”

Yenn was overwhelmed at the affection this tiny person apparently already felt towards her. Olivia was a little social butterfly, and the fifth Bloomer to have the perfectionist trait (I should have done exemplar).

Chell’s son Newton had the same sociable aspiration as his cousin, and he was an active boy. Booker and Ethan were heroes in his eyes, he hoped to grow up and become an athlete just like them.

Speaking of Ethan, he had settled into the Bloomer residence nicely. Him and Booker would often work out together or watch sports together, and whilst Booker was not a bro, Ethan enjoyed being friends with someone who shared his passion for fitness.

As for Booker, he had discovered a new added benefit of working out on the rooftop terrace; it was ideal for watching the kids on the playground. 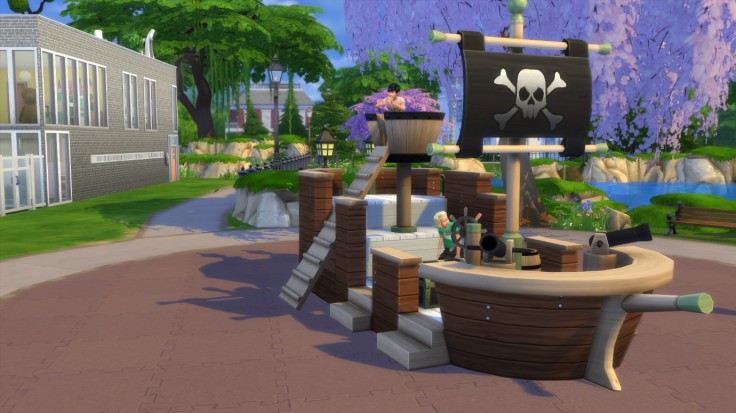 The social butterflies would hang out on the pirate ship behind the house often in the hopes of meeting new people and making friends.

And soon enough, they did have company. 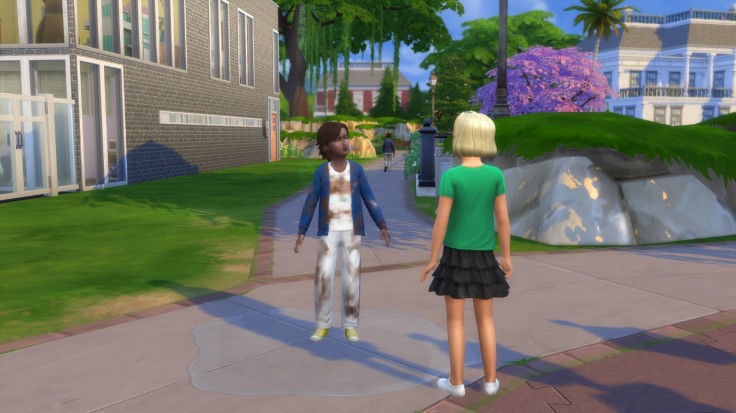 Olivia suddenly understood the boy’s apprehension as a puddle emerged underneath him. She wasn’t sure if he had really needed to go that desperately, or if she made him so nervous; but the cause was almost irrelevant. Malakai had an accident right in front of her. 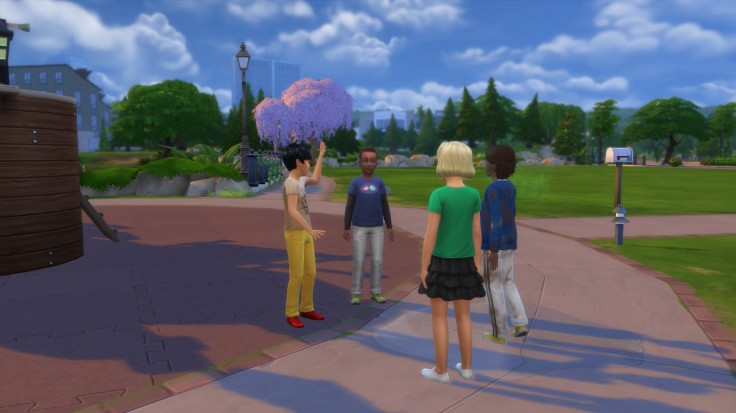 “Hey, that’s not nice,” Newton turned to the newcomer.

“Now listen up, Mr Perfect,” Olivia pointed at the bully, “I bet you’ve had moments you’re not all that proud of, and you wouldn’t want me to bring those up.”

The boy hesitated: “What do you know?”

“It doesn’t matter,” Malakai interrupted. “I don’t need to be defended by a girl! I’m out of here!”

Olivia ran after him: “But… I was just trying to help!”

“Well you didn’t help at all,” Malakai frowned. “Mind your own business next time!”

“Fine!” Olivia yelled as she turned away.

“Fine!” Malakai had to have the last word. 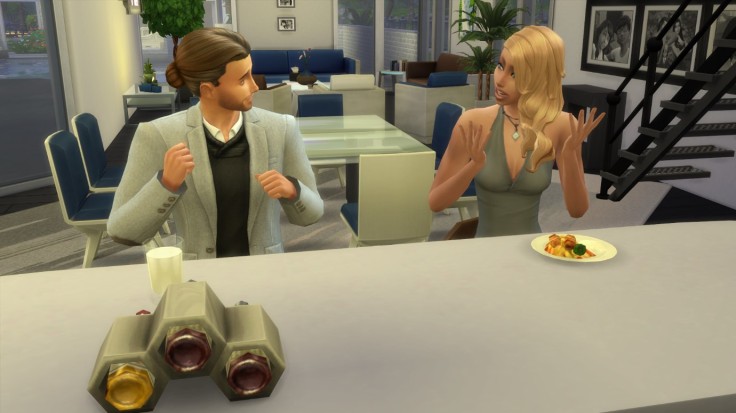 “It’s so good to have you back Yenny,” Ethan smiled at his love. “So, are you going to tell me what your mystery trip was all about?”

“I went to see my father,” Yenn said simply, but her face was an array of emotions.

“How is that even possible?”

“I…” Yenn paused. She wasn’t too keen on talking about her conversation with Grim Reaper. “I learned some new information, and with a bit of research I was able to locate his tribe.”

“That is amazing news,” Ethan exclaimed. “Did you get to speak to him?”

“I did actually, although it was brief.” She looked into the distance, as if her mind was far away. “He seems like such a kind man, with such a big heart…”

Warm tears rolled down her cheeks. “I wish there was something I could do for him, to make his life better.”

“I think you already have,” Ethan took her hand, “I’m sure he was overjoyed to meet you.”

Yenn smiled weakly. “You know, it’s strange,” she trailed off. “Him and my birth mother seem to have nothing in common, they couldn’t be any more different. His personality is so warm, and she was… well…”

“And yet, from the way they talked about each other, I think they really cared about one another,” Yenn collected herself as she continued. “Love is a peculiar thing, isn’t it?”

Yenn told Ethan more about her trip. About how she’d not teleported quite to where the tribe was located, about finally reaching her destination, and about how reassured she felt to see the creator of Tribe Arayeo seemed to be a wise woman and a good person.

“I can just picture you there Yenn, a strong and beautiful Amazon,” Ethan could see it so clearly in his head. “Were you… were you tempted by it all?”

Yenn hesitated. “I would have loved to stay there a bit longer,” she admitted. “Get to know my father better, make up for some of the lost time, learn more about this curious culture…”

“But you didn’t,” Ethan finished her sentence, audible relief in his voice.

“I didn’t,” Yenn confirmed. “This is where I belong. You, my family, the legacy… This is my tribe.”