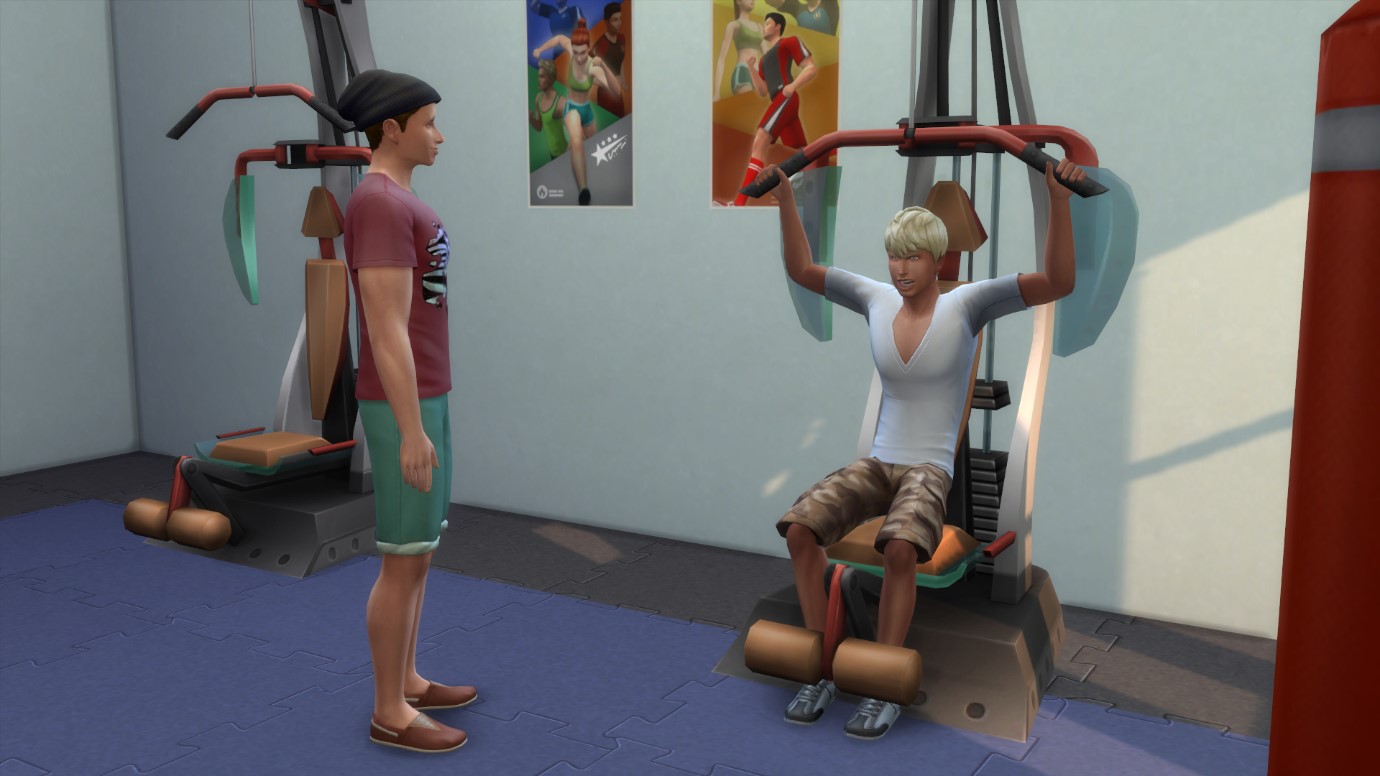 Mark made his way through the gym, locating Marvin by the sound of his grunting alone. Time to get straight to the point.

“So, what are we gonna do about the whole Sera situation, dude?”

“I mean, clearly you’re into her and so am I, so… what happens now?”

Marvin gave him a quick glance, taking a brief break between sets. He then added an extra weight on and carried on with his workout without saying anything.

Mark was starting to lose his patience: “Obviously you should back off, since I met her first, sooo…”

“It’s not about who’s first,” Marvin finally replied. “It’s about who’s the strongest. And that’s me. So duh.”

“So she should go out with me.” Marvin clarified.

“I knew what you meant!”

This was a waste of time, Mark decided.

“I say we should just get her to pick the best man,” he said. “Then we’ll see about who’s the strongest.”

“Yeah we will! Let’s go ask her which one of us she wants to go out with right now!” 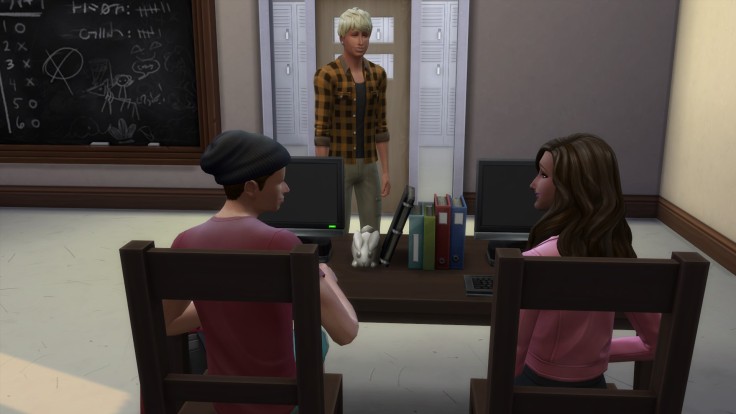 “You want me to make a decision right now?” Seraphina asked, amused.

“Well, yeah,” Mark nodded. “You’ve been talking to both of us for a while, so you know which one of us is the better choice…”

“Obviously me!” Marvin informed her. 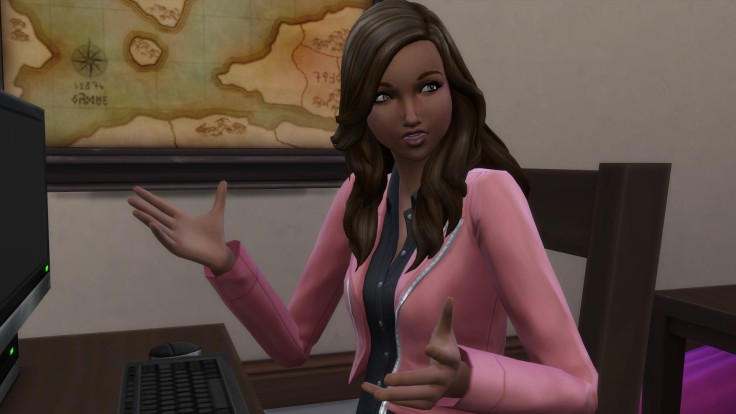 “I can’t make a rash decision like that on the spot,” Seraphina was enjoying herself. “Besides, what makes you so sure I want to go out with either of you?”

The boys stared at her blankly.

“But you do, right?” Marvin asked.

“I tell you what, how about I go on a date with each of you before I make my decision?” She suggested. “You’ll each get a shot to make a lasting impression.”

“Sure. Whoever wins gets to be my date for the Spooky Day party.”

The boys exchanged a look.

“Hey Sera, check out how strong I am!”

“Yeah sure, whatever,” Seraphina pulled out her phone.

“You know you’re not doing well if she finds Blickblock more interesting than you,” Ralph entered the room, hand behind his back. 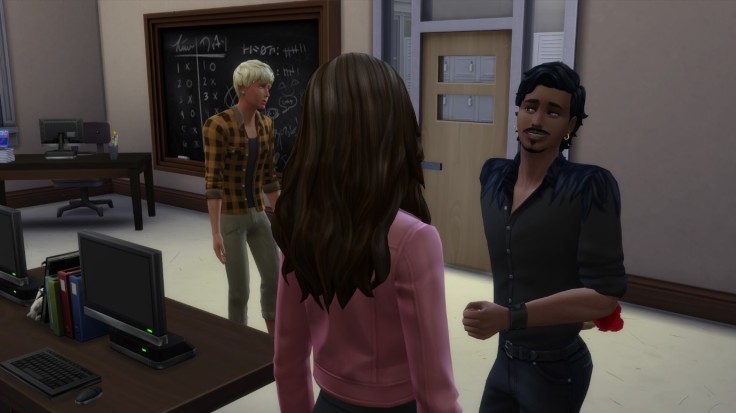 “It takes more than a muscle to get a lady’s attention, you see…” He swept in.

Marvin wasn’t too pleased about the newcomer. “What the plum are you doing, man?” 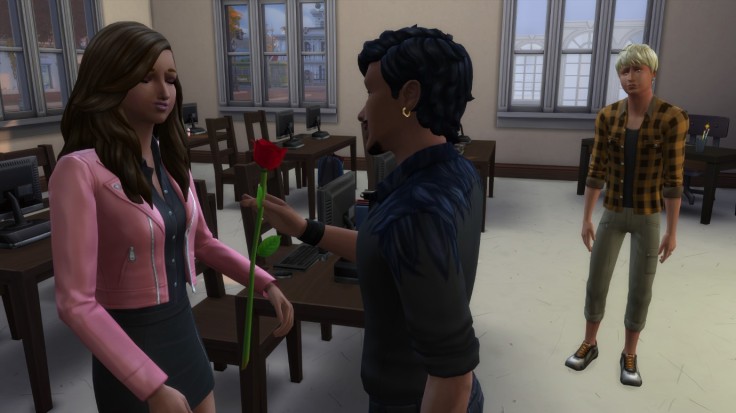 He pulled handed Seraphina a fresh rose, making even her speechless for a moment.

Marvin’s face grew long: “Dude, are you for real?”

“I assure you I’m pretty real. You’ve got competition. Did you say that whoever impresses you the most gets to be your date for the Spooky Day party, Sera?” 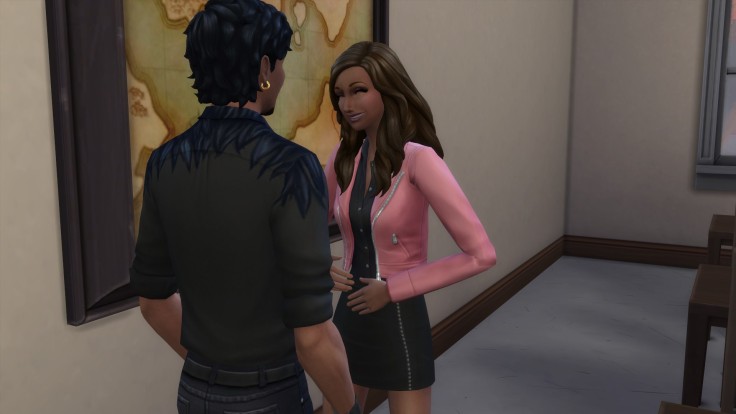 Seraphina burst out laughing: “Ralph, you crack me up. How many times do I have to tell you no before you give up? Your pathetic attempts… it’s too hilarious!”

Ralph raised an eyebrow. “I don’t know, you looked pretty impressed over there. Have I not won?”

“It doesn’t work that way! You’ve got to take me on a date and impress me then!”

“Oh, you want me to take you out now?” He laughed.

“How many times do I need to spell it out for you? I won’t go out with a loser like you! Your greatest achievement was flooding the principal’s office!”

“Well, that was pretty epic…”

“That’s all you’re known for! I won’t date a plumming class clown!”

“I’d prefer to be referenced as the dark horse, but I guess I won’t be choosey…”

“”Sera? Ralph?” Carly came in, looking at them quizzically.

“Oh, if it isn’t the loser’s minion!” Seraphina turned her attention to Carly. “Like people can’t see through you, Carly! You’re pathetic.”

“I don’t know what you’re talking about…” Carly muttered.

“You just always end up following a guy that’s interested in someone else, don’t you? Everyone can see you’re sooo into Ralph, eating up his every word. And he only wants me!” Seraphina laughed.

“Well, you know what? I’ve changed my mind, I will go out with him!”

Carly gasped. “What, just to prove a point?”

“To show you what a lost cause you are,” Sera corrected her. “You think if you sulk around him long enough he’ll change his mind? Well tough, he’s now in the running! Ralph, you’ve got yourself that date after all!”

“I knew you secretly have a thing for me, Sera!” He poked her.

10 thoughts on “The Bloomer Legacy: 9.16 Beavis and Butthead”