Larobb rushed up the stairs to the orphanage entrance. Before he could knock, the door slammed wide open. Hallie’s face appeared in front of him, filled with anticipation. 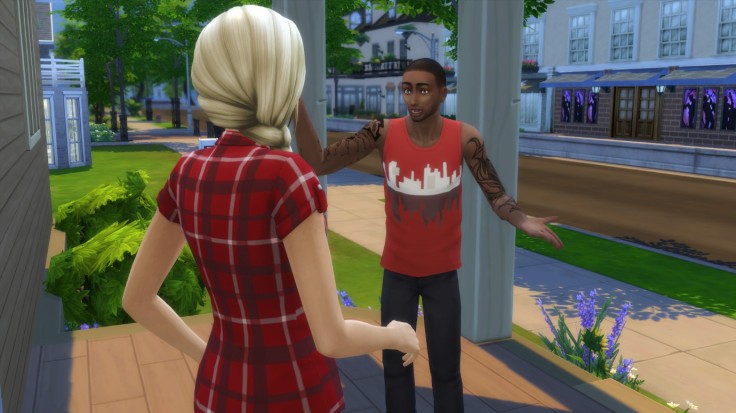 “She said yes!” Larobb could barely contain himself.

“I knew she would!” She beamed. “Congratulations!”

She gave him a quick hug.

“I’m so happy for you,” she told her friend.

“Thanks Hals,” Larobb said, looking relieved. Hallie could understand why, he’d been fretting about the proposal for weeks now, no matter how hard she’d tried to get him to calm down. 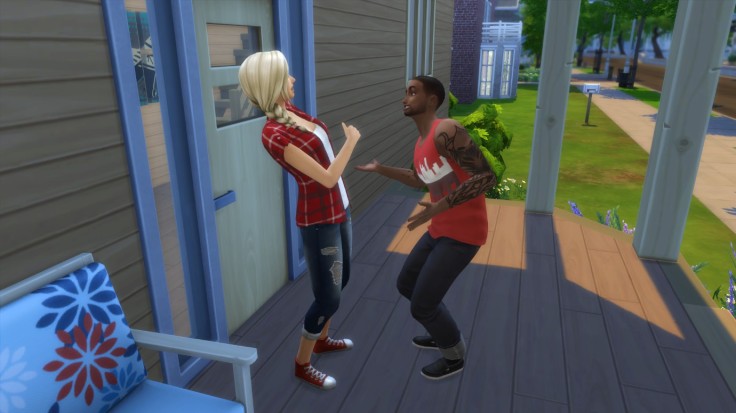 “I guess this means that you’re on best man duty from now on up till the wedding,” Larobb said jokingly.

“Oh please, I’ve been on best man duty long before you asked me!” Hallie waved it off.

“It’s getting real now though!” Larobb objected. Hallie couldn’t tell if he was actually serious now. “I don’t know the first thing about planning a wedding and stuff.”

“I’m pretty sure Alyssa’s not the kind of girl that would want you to do any of that anyway. Or let you,” Hallie laughed.

“Point taken,” Larobb smiled contently. “Yet another reason to marry her!” 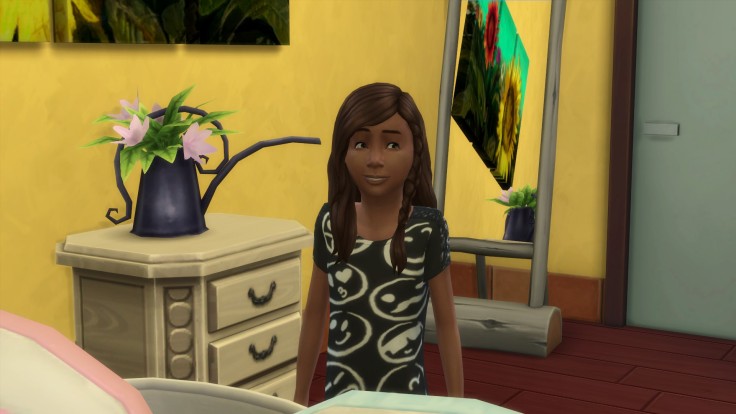 Hope let out an excited squeal. They were home! Right in front of her. She couldn’t even decide which one to look at. Her eyes were ticking from one baby to another as she approached the cribs. This was the best day ever!

Hope was so excited she could barely speak. She nodded eagerly instead.

Carly laughed. “They are! So be gentle with them. They’re still getting used to the world. I’ll let you introduce yourself.” She took a step back. 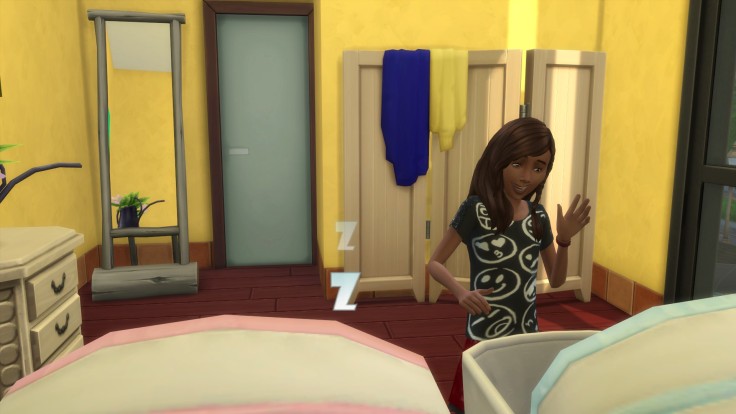 Hope leaned over the cribs and gave the babies an uncertain wave.

“Hey guys!” She started, unsure what to say. Carly gave her a nod. “I’m Hope, your big sister! Eep, I’m a big sister!” She got distracted for a moment.

“I still can’t believe I get to have two of you,” she continued. “Aslan doesn’t even get one, and I get two! I know he says he doesn’t want any brothers or sisters, but still…” 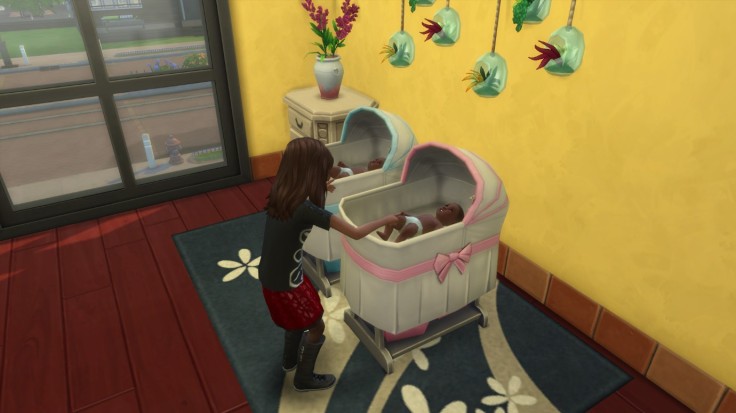 “Oh right,” the girl reminded herself. “I forget you don’t know Aslan yet. He’s my cousin. And yours! He’s funny.”

Hope stopped for a moment, pondering briefly. “I guess you don’t know much about me either. Well, I like adventuring, like dad. And I like playing outside, like mom. I don’t really like school though. You’re lucky you don’t have to go yet! I used to want to be a space pirate when I grew up, but… I don’t think it’s a real job. I’ll have to figure out something else that’s cool. Oh, and guess what? The monsters under the bed aren’t real either. Don’t believe what Aslan tells you…” 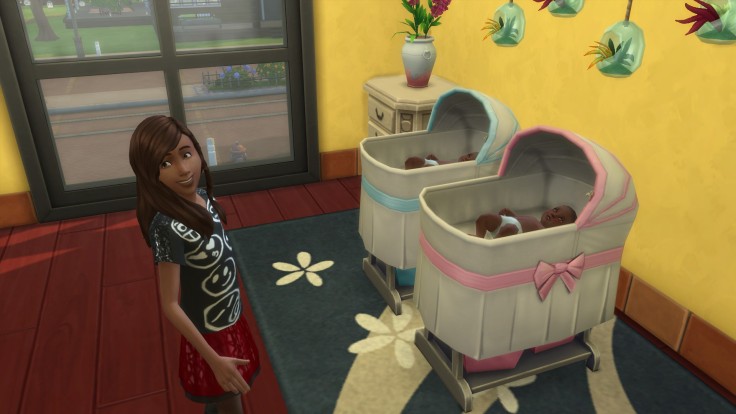 Carly chuckled softly from the corner of the room.

“See how happy they look? I think they like you!” She told the girl. 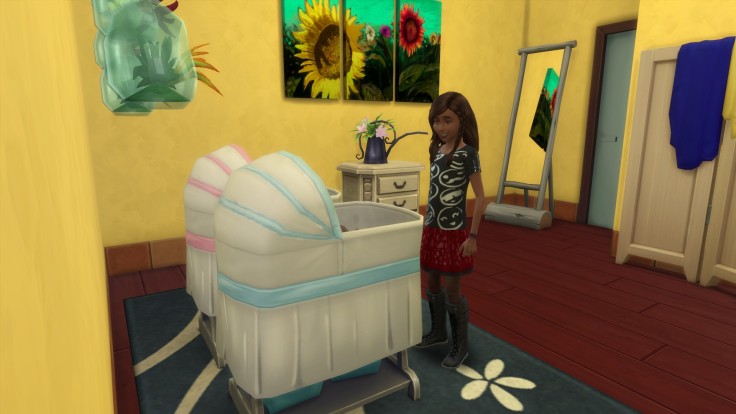 She turned her attention back to the babies.

“It’s gonna be awesome, guys! When you get a little bigger, we can play all the time. And I’ll teach you everything I know. Maybe we can even prank Aslan together… I’m gonna be the best big sister in the whole world!”

Sera watched the petals float on the water. It was so serene. She soaked in the last rays of sunshine for the day. The sun was about to disappear over the horizon. Ah, this was bliss, she thought. She closed her eyes for a moment.

She felt a shadow cast over her. Had the sun set that quickly? She opened her eyes to see Lorcan standing above her.

Her lips immediately curled into a smile, almost like a reflex. “Hey.”

“Hi Sera,” he greeted her. He looked oddly jittery. Not very like him.

“Is everything ok?” Sera asked. “Did someone fall over during the yoga class or something?”

“No,” Lorcan shook his head, relaxing a little. “I just needed to talk to you about something.” 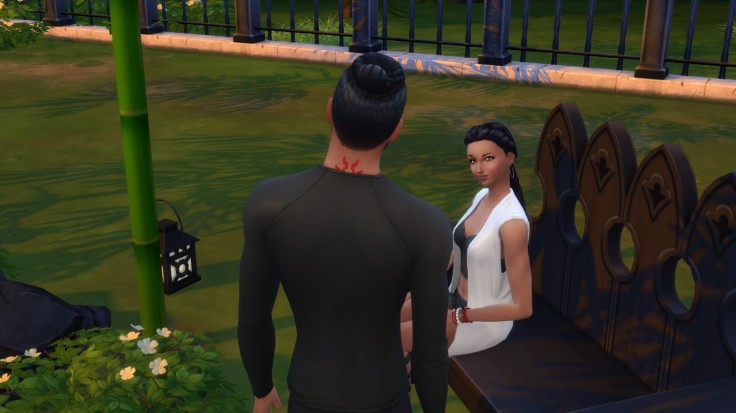 Sera looked at him quizzically. She wasn’t sure if she liked the sound of that. He wasn’t quitting, was he? Their friendship seemed to have bounced back after their failed date attempt… or didn’t it?

“You know you can tell me anything.” She did her best to look calm.

“I know,” Lorcan nodded, sitting down beside her. “And I should have. I’m not used to opening up to people, as you know…”

“The thing is, I wasn’t sure if I was going to do this. I’ve been planning it for quite some time, but then, with you in the picture, things changed. But I think I need this.”

Just get to the point already, Sera screamed on the inside. She nodded again.

“You know how meaningful Granite Falls to me, and how my first trip there transformed me…”

“Are you planning on moving to Granite Falls?” Sera joked, feeling uneasy.

“No. I’d like to travel around Asia.” He said simply. “I’ve been saving up for it for a couple of years now.”

That wasn’t quite what Sera was expecting. “Clearly I pay you too much.” She gave him a stiff laugh. “So, how long were you thinking of going for?”

“I’m not exactly sure yet.” Lorcan replied, avoiding looking at her directly. “Whatever feels right, a year, maybe two if the money can stretch for long enough.” 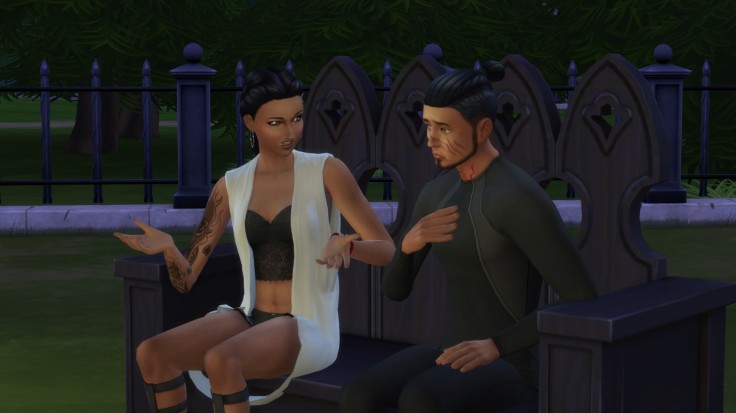 What about ME, she wanted to yell.

“What about the retreat?” She asked instead. “We can’t go that long without a yoga instructor… and how will I find someone to teach your meditation classes?”

“I’ve thought about that, of course.” Lorcan replied calmly.

Of course you have, Sera growled inwardly. Because you have to be so annoyingly perfect at everything except for that one thing that matters the most…

“I care about what we’ve built here, and I wouldn’t want to leave it in the hands of someone that didn’t know what they were doing. So I talked to your aunt Yenn and asked if she would be willing to help.” 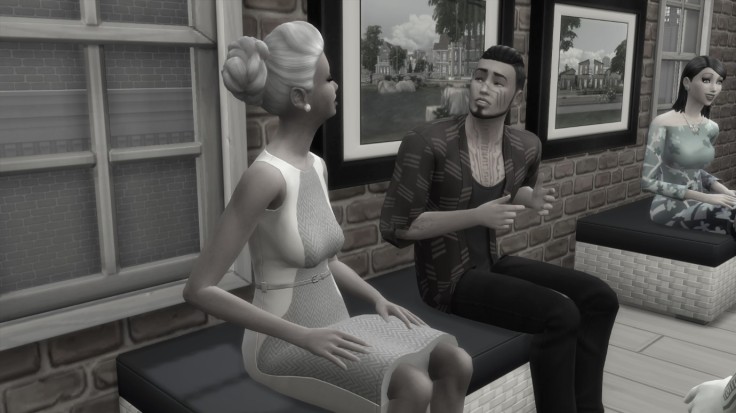 “You spoke to aunt Yenn?” Sera asked incredulously. “When?”

“At your brother’s exhibition opening night,” Lorcan said. “I explained the situation to her and she said she would be happy to help us out. She seemed quite excited about it, actually.”

Sera couldn’t fault it. She couldn’t think of a more capable person to take over the meditation and yoga lessons.

“She’s not you, though.” She said quietly.

“I’m sorry, Sera. It’s just, this is the best chance I’ve got. Going to Granite Falls was life-changing, but it’s not enough. It feels good to help people around here, but we both know the truth is I need fixing. Getting some space and a new perspective is the only thing I can think of to help me become better… for you.”

Sera looked at him, trying her best not to cry. She wouldn’t yell this time. He probably had a point.

“I do want you to be happy,” she managed to say. “I just wish it didn’t have to be without me.” 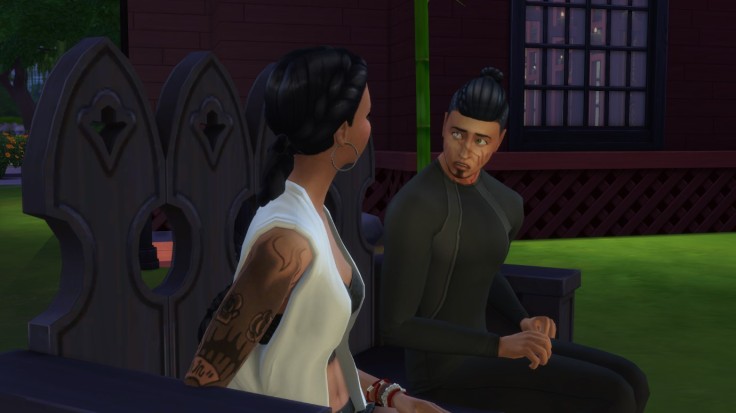 “Oh.” Lorcan stopped himself. He looked directly at her.

“Actually, I was sort of hoping you would consider coming too.” He said. “I know it’s a lot to ask, you have the family legacy to think of, but it wouldn’t be forever. And Newcrest will still be here when we get back.”

When we get back. Sera wasn’t sure if she should laugh or cry.

“You want me to go with you?” She repeated.

“I do… if you want to.” He confirmed. “Why else did you think I asked your aunt to look after the retreat?”

“You want me to go with you…” Sera breathed out with a hint of a chuckle. “You probably should have started with that.”

“You’d better!” Sera giggled with relief. “So… where do we go first?”

“Well, nothing’s set in stone yet. We need to figure it out together,” Lorcan grew serious. “I was thinking…”

14 thoughts on “The Bloomer Legacy: 9.76 Anticipation”